Yes, you can use Tesla chargers, but you’ll need to purchase an adapter

Yes, you can charge your non-Tesla electric vehicle on a Tesla charging station, but there are limitations and you’ll need to first purchase an adapter. In the video above, we explain what you’ll need, what you should be aware of, and list some of the equipment choices on the market.

First off, we need to be clear about a couple of things.

1) This isn’t about using Tesla high-speed Superchargers. Only Tesla vehicles can use Superchargers, and there aren’t any adapters available that will allow you to use a Supercharger if your EV isn’t a Tesla. There have been rumors that Tesla may open up its Supercharger network for other electric vehicles to use, but so far they are only rumors. 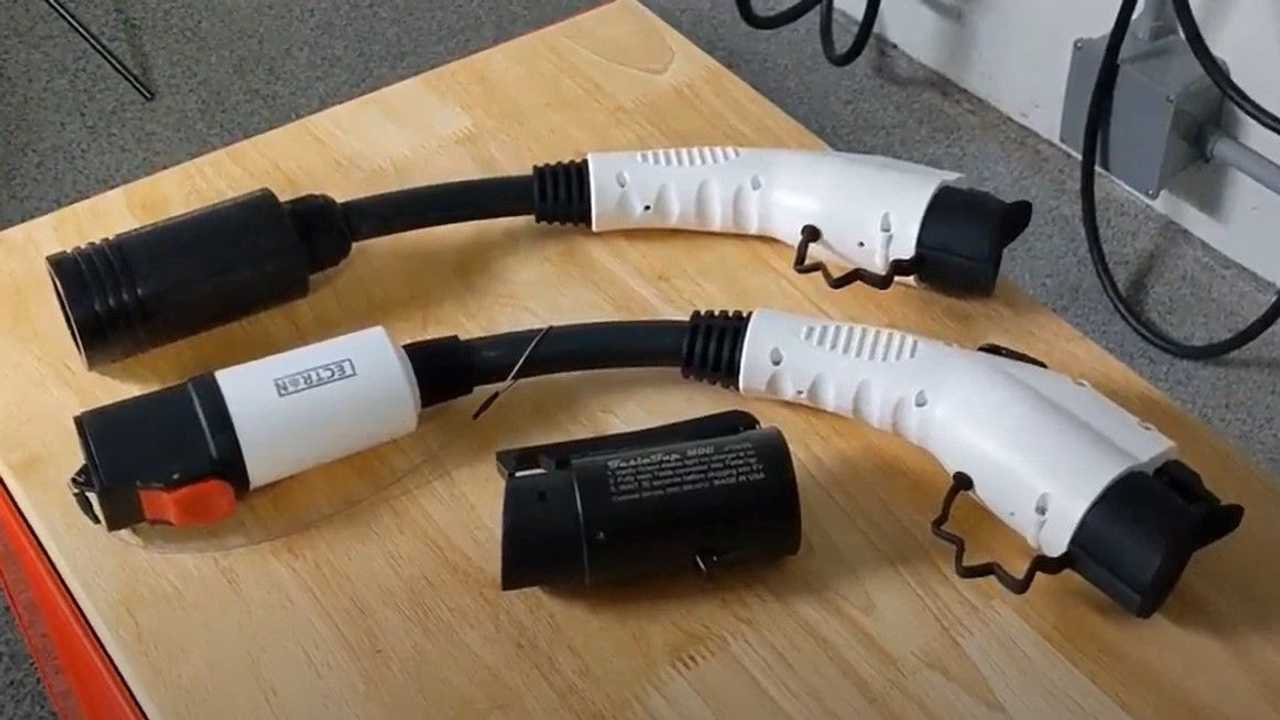 While having the ability to use Tesla Superchargers would be very convenient for EV owners of other makes, it can also be very useful to be able to charge on lower-powered Tesla charging equipment, and that’s what a Tesla to J1772 connector allows you to do.

Suppose you already have a Tesla and previously installed a Tesla Wall Connector in your garage. You then buy a non-Tesla EV like a Volkswagen ID.4. You don’t want to buy a second wall charger and pay to have another circuit installed in the garage, but you can’t charge the ID.4 from the wall connector because like all non-Tesla EVs, it uses the J1772 connector for level 1 and level 2 charging. Well, you can charge the ID.4 from the Wall Connector if you get a Tesla to J1772 adapter. The same goes if you’re using the Tesla Mobile Connector for daily charging.

Having a Tesla to J1772 adapter also provides access to the thousands of Tesla Destination charger locations. Tesla Destination Chargers are Tesla Wall Connectors that Tesla installed at hotels, parks, B&Bs, restaurants, supermarkets, and other destinations.

Some of the locations also have J1772 charging stations alongside the Tesla Wall Connectors, so you wouldn’t need the adapter at those locations, but many do not. We would like to point out that Tesla Destination chargers are usually located on private property so it’s always recommended that you ask management for permission to charge before plugging in.

There are quite a few Tesla to J1772 adapter choices on the market today. We took a look at two popular brands; Lectron and TeslaTap. Both brands offer dongle-type adapters with a think cable connecting the Tesla side to the J1772 side. TeslaTap also offers a new type of Tesla to J1772 adapter, called the MINI, that eliminates the cable and is much more compact.

Lectron’s dongle-type adapter can deliver a maximum of 40-amps and is available in white or black for $149.99.

Check out the video and let us know what you think. Do you use one of these adapters already? Have you found it convenient to have, and would you recommend others pick one up? As always, let us know your thoughts in the comment section below.