The Japanese Classic Car Show held its 16th annual gathering Saturday, at a new venue with twice as many cars and plenty of parking. Indeed, there were 12,500 parking spots available, because the venue was Angel Stadium of Anaheim. This was quite a change from the grassy knoll in Long Beach of more recent shows.

With only a matter of weeks to go before showtime, the City of Long Beach was still unable to guarantee the show’s previous location at Marina Green Park between the ocean and the straightaway of the Long Beach Grand Prix. Marina Green Park was a nice location, but could only accommodate between 200 and 300 cars, more or less. So when organizers Koji and Terry Yamaguchi (along with legions of volunteers) had to make an executive decision, they decided to go south, to Angel Stadium. Plenty of room there.

In theory, it could be hundreds of times bigger than Marina Green, depending on how much of the parking lot they wanted to rent out. (And unlike the recent Las Vegas Concours, it was not held inside the stadium). Turned out twice as big was plenty of space, especially since a few years ago they opened the show up to more recent-vintage cars, those built after 1985. 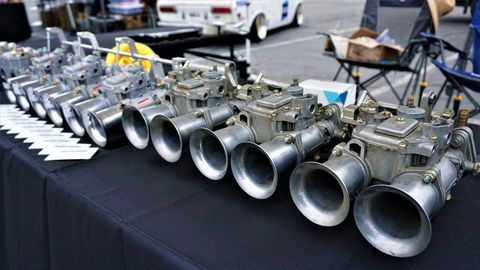 “I think that the venue is beside the point,” said longtime show emcee and Japanese car enthusiast Patrick Strong. “I think that support for this show is so strong that the community will follow it anywhere. I hope so at least.”

And it did seem well-supported, with hundreds—maybe thousands—of fans lined up for what seemed like blocks around the fencing that made up the show. Enthusiasm for Japanese cars as collectible items has skyrocketed.

So things are getting interesting. 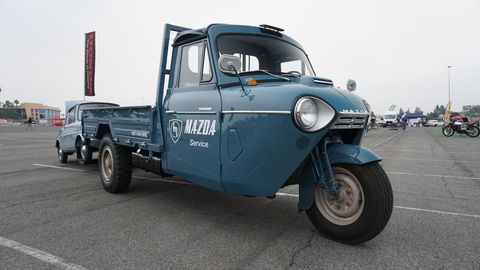 “Prices are shooting up,” said Ben Hsu, founder of the website japanesenostalgiccar.com. “I’m very happy that I got my Land Cruisers and some of the other stuff before that happened. I mean, even just in the last two years prices have gone up extraordinary amounts.”

“I bought an FZJ 80 Land Cruiser 40th anniversary edition with triple locking differentials in 2018 for under $11,000, which was already high compared to where they were before,” Hsu said. “Now, those are worth like $25,000 easy. And that’s just in two years. FJ 60s have gone up, along with all the RX-7s and Supras. A fourth-gen Supra, many have been selling for between $150,000 and $200,000. There have been several sales in that amount. The stock turbos seem to be the most desirable ones. Unfortunately, many of them many of them are modded.”

As in The Fast and the Furious?

We’re not talking Ferrari/Duesenberg/Delahaye prices. At least not yet. So while some cars at the Japanese Classic Car Show were trailered there, many—indeed, most—were driven. And their owners didn’t have staff attending to the cars, but were just there themselves, talking with like-minded enthusiasts about the subject they loved most, their cars. It was like Pebble Beach but in about 1955.

Click through the gallery to see some of our favorites. And maybe buy something now… while it still costs less than your house.