It’s not surprising to see big power out of a Porsche 911 Turbo, and yet, when I first saw the 640-horsepower figure for the new 992 Turbo S, I had to stop and appreciate it. Until now, only 911s wearing a GT2 RS badge made that kind of power, but now, one of the regular production models is right up there. Writer Andrew Frankel over at DriveNation helped me realize why I’m so astounded by the 640-hp number—it’s the biggest power increase in 911 Turbo history. 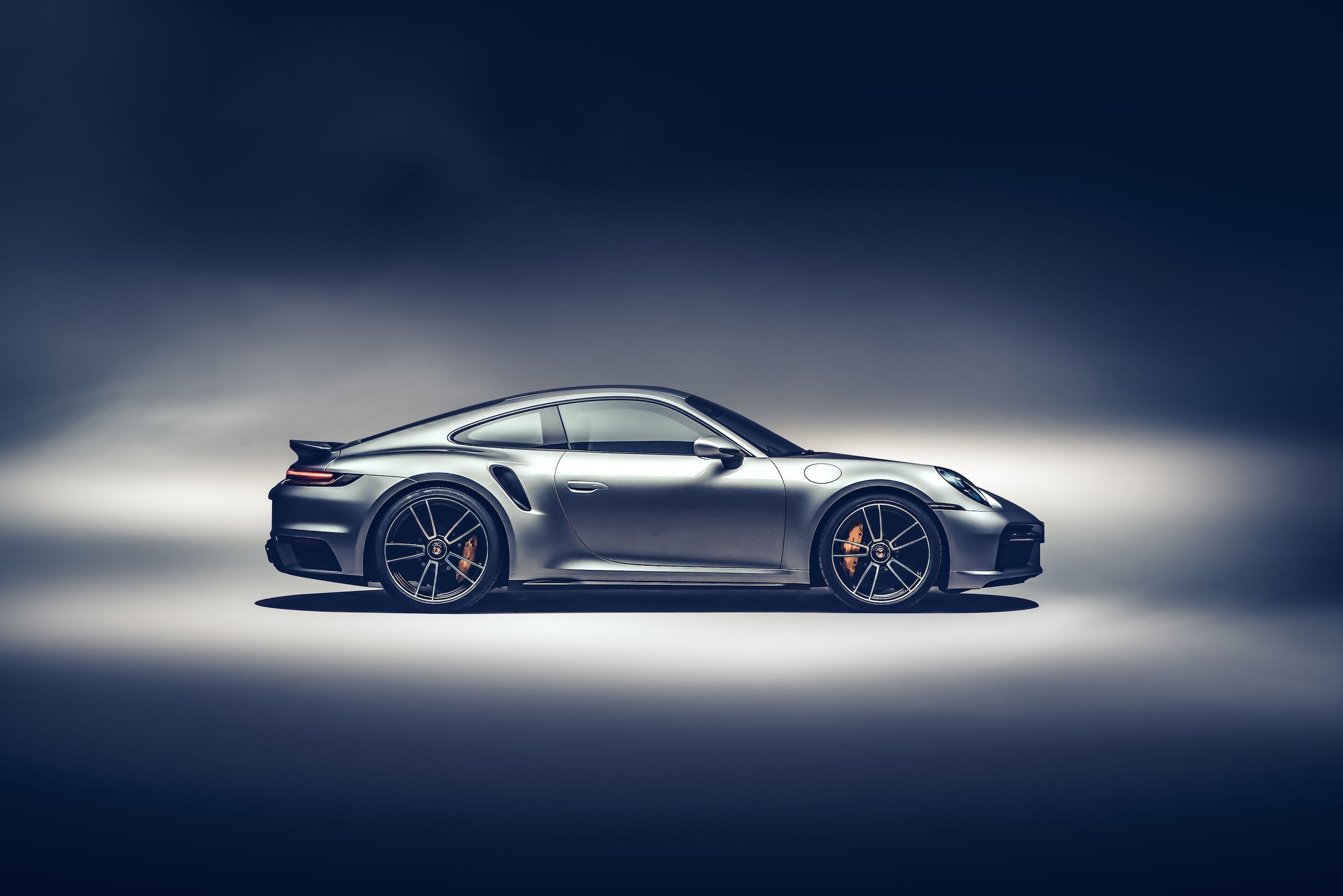 The outgoing 991-generation Turbo S had 580 horsepower and 516 lb-ft of torque—this new one increases horsepower by 60, and bumps torque by 74 lb-ft, to 590 lb-ft. After the debut of the 992 Turbo S, I asked the 911’s chief engineer, Dr. Frank-Steffen Walliser, what prompted such a big power increase. His answer was a wonderful reflection of the absurd world we live in.

“If you take a 580-hp car and add another 20 or 30 extra [hp], you won’t really feel it,” Dr. Walliser said on a phone call with Road & Track. “Maybe you can measure it, but the reason for a new Turbo is that you feel something, that you feel a difference…we wanted to really make a step.” Porsche says the new Turbo S is 0.2 seconds quicker to 60 mph than its predecessor, and perhaps more impressively, a full second quicker to 124 mph.

The engine in the 992 Turbo S has the same 3.8 liters of displacement as its predecessor, but the stroke is slightly shorter, and the compression ratio has decreased from 9.8:1 to 8.7:1. It’s not a development of the 991 engine either—this is based on the 3.0-liter in the Carrera models. Dr. Walliser said that Porsche ended up with a similar displacement figure because with a modern direct-injection engine, achieving the ideal ratio between bore and stroke is critical to making the combustion as clean as possible. And that led to 3.8 liters.

There are other detail changes between the 992 Turbo S engine and the 991’s. As with the new Carrera, the intercoolers have been moved to sit on top of the engine, rather than at the back. The charge-air coolers now reside at the back of the engine, while the air filters have been moved into the fenders. The Variable-Turbine-Geometry turbos now feature larger internals, with turbine wheels that spin in opposite directions and electronically controlled wastegates.

Dr. Walliser suggests that even though the 60-hp bump is significant, the big torque gain is what most drivers will notice. To deal with the extra torque, the new 911’s eight-speed PDK gearbox gets a bigger clutch pack, and the hardware getting power to the front wheels has been strengthened as well.

“You can really feel the size of the engine, and once the turbos reach boost pressure, it’s really impressive,” Dr. Walliser said. “The car is a little bit more raw.”

The old Turbo was a speed demon, but it could feel a bit cold and distant. Porsche is still positioning this one as the luxury grand tourer of the 911 range, but it should feel a bit more sports-car than before.

Chassis wise, the 992 Turbo S isn’t radically different from its predecessor, or the new Carrera models. The front track is actually the same width as the 992 Carrera’s, which makes it slightly shorter than the old Turbo’s. This was done to fit slightly wider tires at the front—255/35/20s. The rear tires and wheels grow, too, now measuring 315/30/21. Porsche will also offer a lowered Sport suspension to make the Turbo S an even better handler, and as standard, you get adaptive dampers, active anti-roll bars, and rear-wheel steering.

Porsche hasn’t set a Nürburgring time in the new 911 Turbo S yet, but Dr. Walliser said it will once everything on the car is finalized, and when the weather is better in Germany. He has an idea of what it’ll do, but he declined to tell us what that is.

And you’re probably wondering why there’s no regular, non-S Turbo. That car is on its way, but Porsche chose to launch the Turbo S first, since it’s the more popular model. Dr. Walliser also told Auto Express that Porsche is working on a slightly more stripped-out, lightweight version of the Turbo S, set to arrive later this year.

The power figure might have been surprising at first, but it isn’t a shock that the new Turbo S is stacking up to be an incredible machine. Porsche has a great base with the 992, and the fact that the company aimed to make the new Turbo feel more raw than its predecessor sounds like a good thing.

We can’t wait to see how it drives.