Norris was filmed power sliding the new model through the Northamptonshire circuit’s twisty corners before doing doughnuts next to the new International pits straight. The Formula 1 youngster claimed the car felt “free” as he accelerated around famous corners such as Luffield and Becketts.

The clips were released just days after the Elva made its world debut at Goodwood Speedweek.

McLaren claims the new Elva is the lightest model the supercar brand has ever built.

The brand claims the new model is capable of up to 200 km/h from a standing start of just 6.7 seconds.

This means the car can reach 0-124mph faster than the McLaren Senna model which has been built for track use. 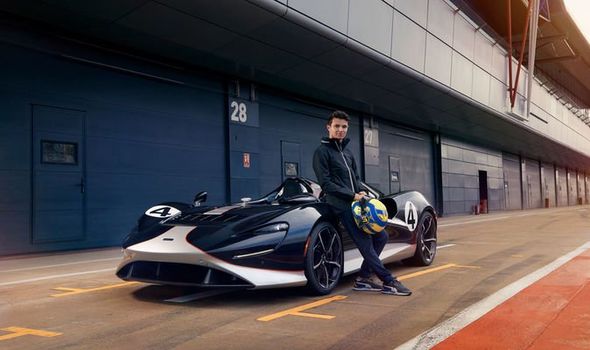 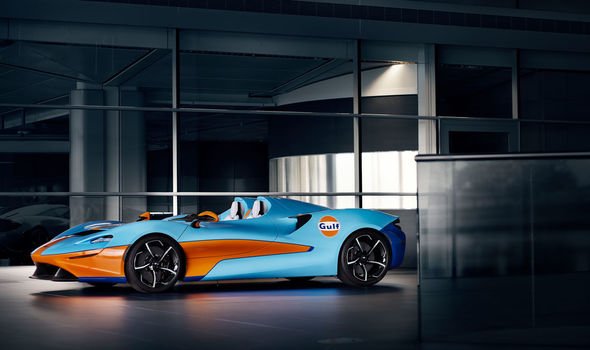 The 815PS 4litre twin-turbo V8 engine will also be able to reach 62mph in under three seconds.

The new Elva has been modelled on founder Bruce Mclaren’s original M1A and M1B sportscar designs of the 1960s.

From the outside, the model looks like a race car with no windscreen fitted and bodywork contours which have embraced the best of aerodynamics.

To shield drivers from heavy winds, McLaren will use an Active Air Management System (AAMS) which guides air through an inlet at the front of the car.

This means that air is polished over a driver’s head to create an area of calm in a major technological evolution.

At low speeds, the tool will push airflow into the vehicle’s radiators to boost efficiency and cool down the car.

The simple trick means that occupants do not need to wear a helmet whilst they are behind the wheel if they didn’t want to.

A carbon fibre chassis is coupled with no roof or side windows to create the ultimate cockpit vibe. 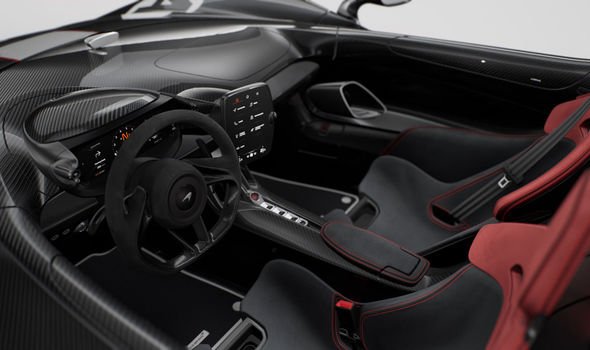 Earlier this year, CEO Mike Flewitt confirmed that only 249 models would be produced compared to the 399 which were originally planned.

He said this was to make the car more exclusive as five models would increase the cars overall market value.

Since McLaren has said just 149 models of the Ultimate Series roadster will be available making it one of the rarest McLaren cars produced.

The model is also available with a limitless degree of personalisation with buyers even able to secure the car in the famous Gulf racing livery. 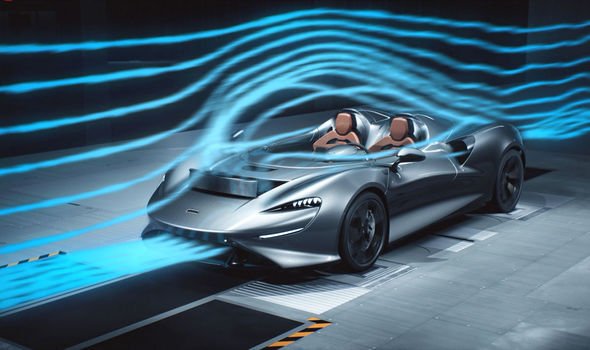 McLaren says the car is in its final stages of testing and development before the first models are sent to customers later this year.

The car will follow the PT1M, Senna and Speedtail models into the brand’s Ultimate Series collection.

Last year, the model was valued at around £1.4million but this may have increased as fewer cars are being made.

Customers can get a unique quote direct from McLaren when they express a valid interest to buy a model.

Prospective buyers can register their interest in any of McLaren’s Ultimate Series vehicles online.