The Swedish brand warns that the situation might be challenging during Q2 as well:

“During the first quarter, the number of cars sold increased gradually to a total of 148,295 cars as the supply chain constraints affecting Volvo Cars and the auto industry continued to slowly ease. However, due to a disturbance related to lack of a specific semi-conductor, Volvo Cars is now experiencing a temporary deviation from that trend which is expected to impact production during the second quarter.”

The Volvo Recharge plug-in sub-brand most likely is also heavily affected as the rate of growth decreased significantly compared to previous years.

In March, all-electric car sales improved to over 5,000 units (most likely for the first time in a single month), which is over four times more than in the previous year. According to data, in March Volvo sold 3,620 all-electric XC40 and 1,636 C40.

An interesting thing is that the plug-in hybrid sales are in decline for the third consecutive month. 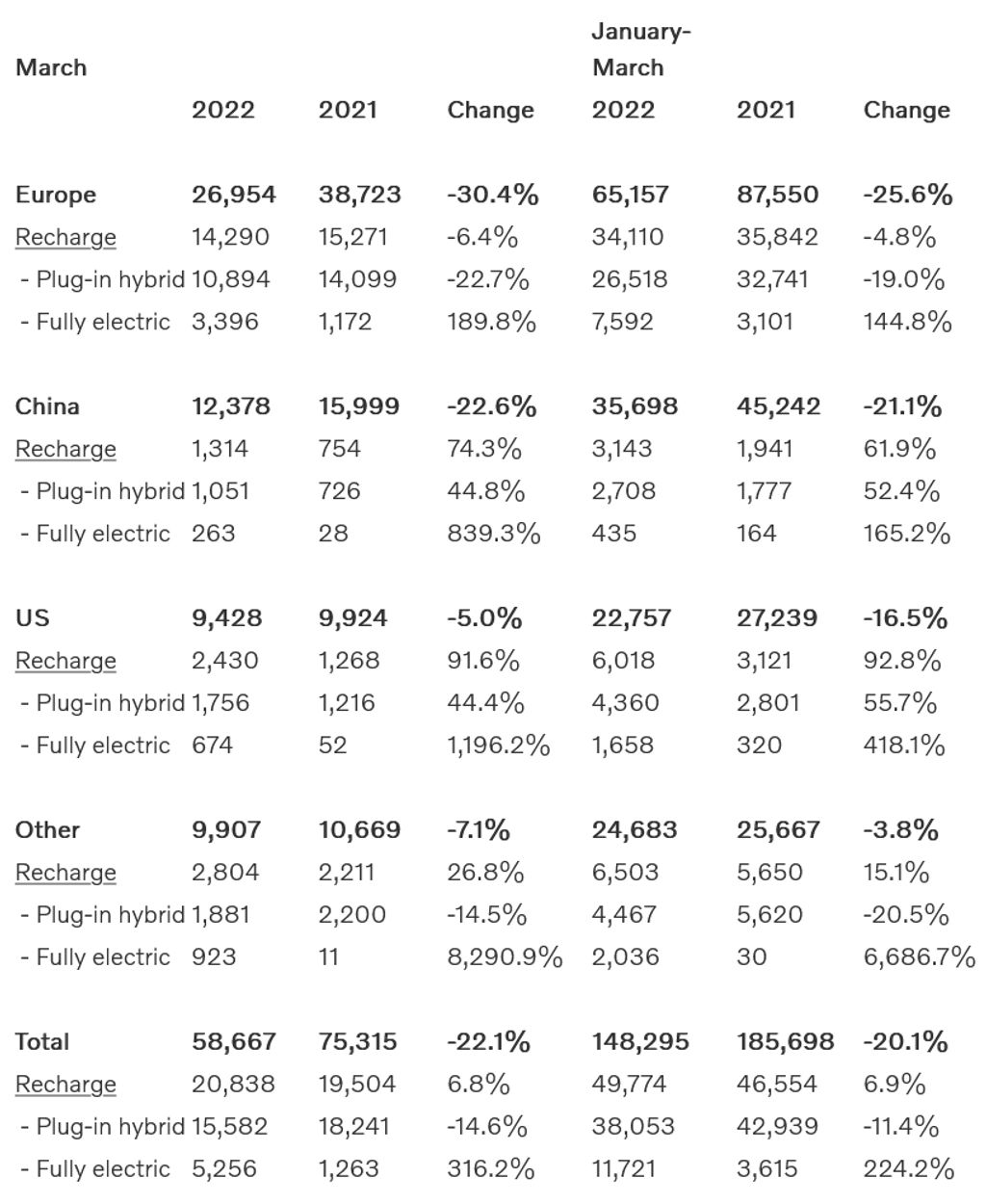