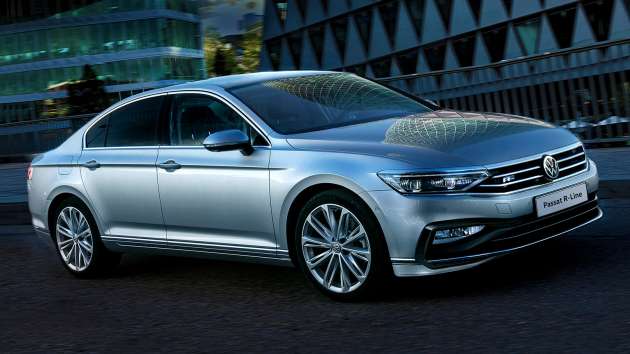 The Volkswagen Passat is no longer on VW’s official Malaysian website, and when quizzed on the matter, Volkswagen Passenger Cars Malaysia (VPCM) confirmed to paultan.org that the D-segment sedan has indeed been discontinued in our market.

Now, this doesn’t come as a huge surprise as D-segment sedans are no longer as popular as they used to be, with many opting for SUVs instead.

Also, the big sedans from mass market brands no longer start from way below RM150k like how they used to; at around RM200k, entry-level models from more prestigious brands are just a small premium away (think BMW 2 Series Gran Coupe and Mercedes-Benz A-Class Sedan). The SUV assault is a global phenomenon, even in the US, where the “midsize sedan” used to be the default car. 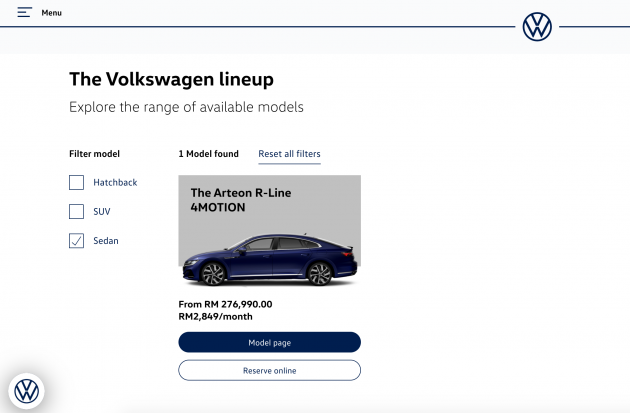 With the Passat gone, the Arteon is the only option now if you want a VW with a boot

Indeed, the B8 Passat sedan was discontinued in the UK in January 2022, leaving just the wagon variant carrying the Passat nameplate there. In Malaysia, if you want a Volkswagen with a boot, the Arteon is now your only option, although the sleek RM268k model is technically a hatchback.

If you like the understated class and quietly handsome looks of the B8 Passat facelift, perhaps some dealers might have remaining stocks. Before it disappeared from VPCM’s e-showroom, the Passat was available in 190 PS/320 Nm Elegance and 220 PS/350 Nm R-Line guises.

The Passat has been a mainstay in the local VW range, first coming in as a CBU import when Wolfsburg officially entered Malaysia via Volkswagen Group Malaysia. In 2012, the B7 Passat became the first CKD locally assembled Volkswagen at DRB-Hicom’s Pekan plant, which continues to produce current VW models such as the Golf, Tiguan and Arteon. Farewell, Passat.