Apart from actually buying your own e-bike, e-scooter, or any other LEV, you may have already tried using one of these urban mobility devices from a rideshare company such as Lime or TIER. Indeed, making LEVs available on a per-trip basis is a solid business model, and allows folks to have access to convenient means of getting around solely on a needs-basis.

A good example of this is Chicago-based company Veo, which claims to be the first profitable micromobility company in the industry. Apart from providing accessible and affordable means of getting around, the company prides itself with its in-house R&D, wherein most, if not all, of its deployed vehicles are developed and feature proprietary technology. Addressing the ever-changing needs of its clientele, the company has developed a new Class II electric bike that offers an edge against its competition: it can carry two people.

The Apollo, like the majority of previous LEVs, is intended to lessen reliance on gas-powered cars by meeting two needs: the capacity to transport two persons in one vehicle, and the capability to carry cargo at the same time. “The Apollo was developed in direct response to insights from rider surveys, feedback from municipalities, and global research that indicates the immense need for safe tandem riding and cargo hauling. By opening up micromobility to new riders and new trip types, we can reduce car dependency and help cities advance their ambitious climate goals,” co-founder and CEO of Veo Candice Xie remarked.

With the Apollo’s throttle-assist motor, riders of different sizes and skills may go long distances without pedaling. The throttle gives a boost to accelerate from a standstill and helps with uphill trips or transporting cargo. More specifically, the motor is rated at a continuous output of 750 Watts, and is rated at a limited top speed of 15 miles per hour. Battery-wise, the Apollo can travel a range of 45 miles on a single charge, making it easy for most commuters to get to work and back. Additionally, the scooter has a payload capacity of up to 400 pounds, and rolls on chunky 20-inch wheels. 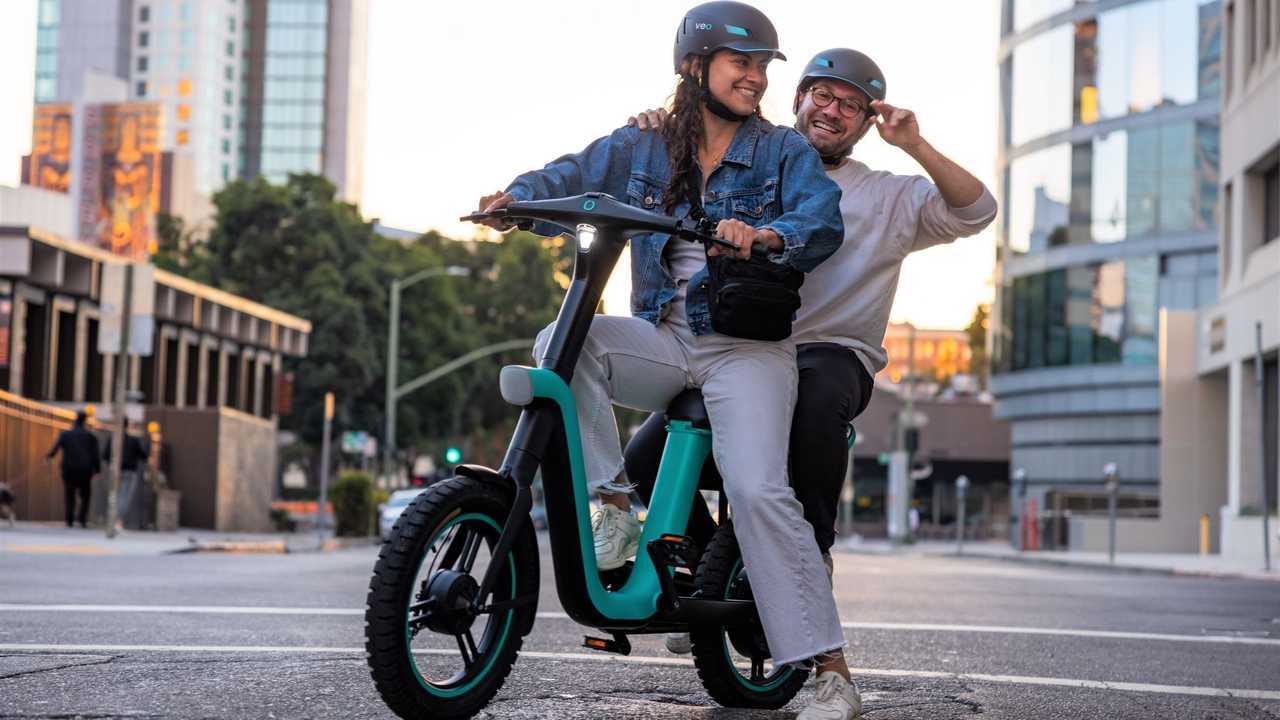 When it comes to safety features, the Apollo has an abundance of them. For instance, it has simulated electric motor noise, alerting pedestrians and other road users of your presence as you approach. Furthermore, an intelligent display system alerts the rider about battery level, speed, and even riding zone data thanks to an inbuilt navigation system. The Apollo even gets tech features like a Bluetooth speaker, voice commands, and a phone holder. Last but not least, the Apollo features swappable batteries, meaning Veo technicians can easily swap out and repair batteries at a moment’s notice.