It’s not a secret that Mitsubishi struggles in the U.S. Its overall sales volume in the first quarter went down by 21% year-over-year to 28,231.

One of the reasons behind the drop is probably the Outlander’s model changeover to the next generation (sales are down from 12,809 to 4,106).

The plug-in hybrid Mitsubishi Outlander PHEV also does not have any reasons to smile, as its sales decreased by 27% year-over-year to 254 (0.9% of total volume), which is the worst quarterly result since launch.

The main problem with the Mitsubishi Outlander PHEV is its age and only a small improvement in the new model year probably will not bring significant positive change.

The Japanese company has not yet decided to introduce the plug-in hybrid version of the next-generation Outlander.

On the other hand, we see a growing number of PHEV competitors in the mainstream segment, including the Toyota RAV4 Prime (still limited by production constraints), upcoming all-new 2022 Hyundai Tucson PHEV and hopefully, finally also the Ford Escape PHEV (as soon as it will finally enter production).

In such circumstances, the continuation of the Mitsubishi Outlander PHEV fade would not be a surprise.

The cumulative sales of the Mitsubishi Outlander PHEV are at 9,293.

In Canada, sales are as always,slightly higher than in the U.S. and amounted to 2,609 in the past four quarters.

Detailed results for the U.S. market: 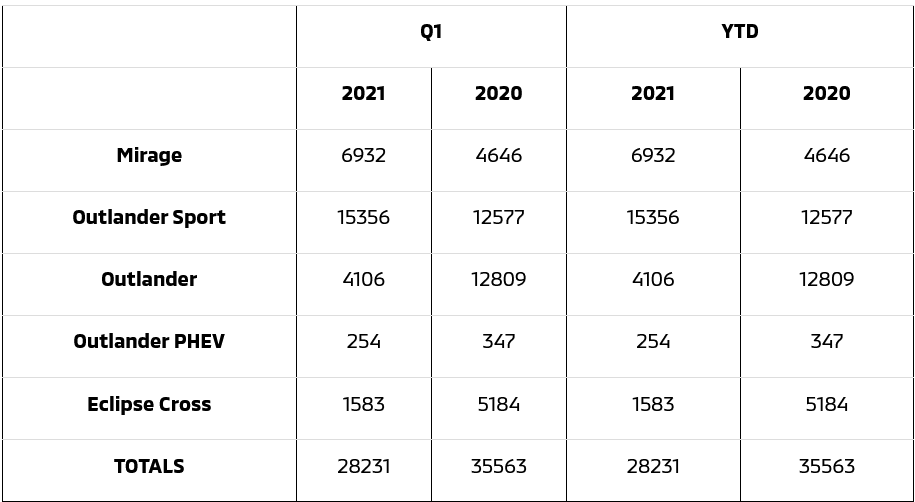