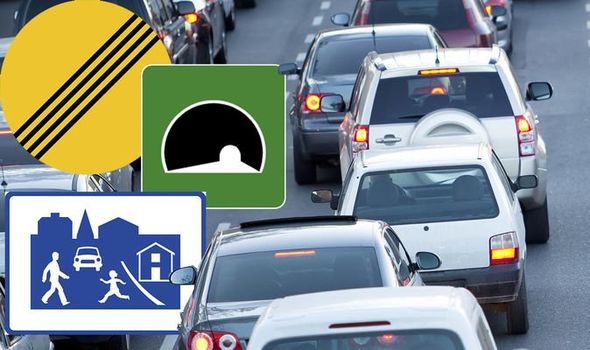 Millions of British motorists take to the roads abroad every year, whether for work or leisure. Driving abroad can be nerve-wracking because often you have to drive on the opposite side of the road and sometimes you have to operate a left-hand drive car opposed to the standard right-hand drive vehicle. There are also a number of road signs which are incredibly confusing and would be a mystery to any driver that hasn’t take a theory test abroad. Despite a general uniformity and standardisation, some European traffic signs present relevant differences between countries.

Different colours and images have been adopted on some signs, and whilst most are fairly easy to work out, others might require prior knowledge in order to decipher them on the road.

Tim Alcock from LeaseCar.uk said: “Getting behind the wheel abroad can be nerve wracking.

“Luckily, most road signs in Europe have been standardised under the 1968 Vienna Convention on Road Signs and Signals, but some will look completely alien to drivers from the UK.

“We’ve picked out some of the most unusual so that motorists can familiarise themselves before jetting off abroad this summer.” 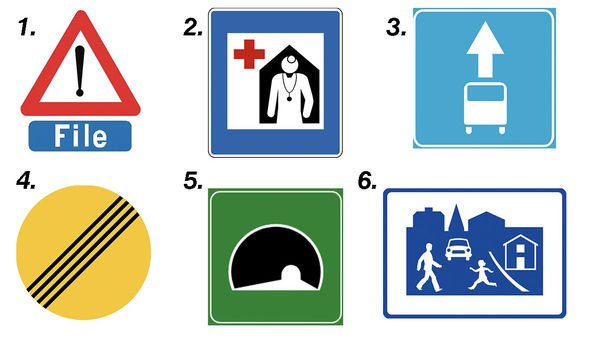 Driving specialists from LeaseCar.uk have highlighted 13 road signs found on the continent which have the potential to baffle British drivers.

4. End of all restrictions (Iceland) 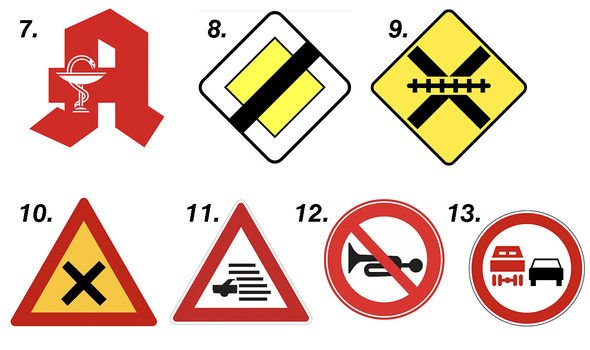 9. Level crossing without barriers ahead (Ireland)

10. Crossroads with priority to the right (Greece)

12. No horns or excessive noise (Turkey)