The things we experience in our youth often plant seeds for future desires. Such was the case for Craig Schilling, who recently purchased this 1970 Plymouth Roadrunner after years of searching. You see, Schilling was born in 1970, the same model year this Tor Red Roadrunner was produced. But while he was obviously too young to care about such things that year, it was his father who locked in family memories by purchasing a brand-new 1970 Roadrunner as his regular transportation. It was this Deep Burnt Orange Roadrunner that carried Craig to school and other elements of his daily, youthful life, family pictures effectively documenting his time with his dad and that classic muscle car.

But Schilling had a more pressing issue. As an adult, he found himself trying to replace a serious void in his life: open garage space! To cure that problem, Schilling set his sights on finding the 1970 model-year Mopar muscle car of his dreams. To be fair, he was open minded about what model of 1970 Mopar he would finally purchase, just so he wouldn’t miss any potential opportunities. 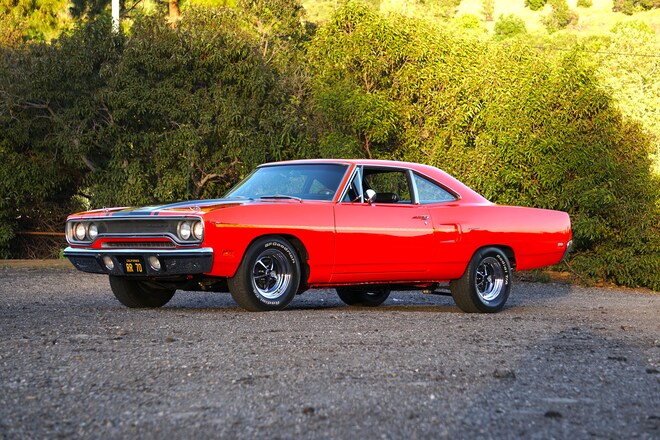 So the hunt began in the usual way, with internet research and visiting various car shows where he could speak with the other classic Mopar owners about their experiences. These “research” efforts only served to heighten Schilling’s desire for a Mopar, and a 1970 Roadrunner was at the top of his list.

Schilling had initially set down a few requirements that would help him search for the car he would finally purchase. While the car might have a few aftermarket parts under the skin, it would have to look the part of an original 1970 Roadrunner with factory-style wheels, unmodified body lines, and an original Mopar paint coloration. While his father’s Roadrunner was Dark Burnt Orange, the younger Schilling preferred a higher-impact color like Vitamin C Orange or, as eventually turned out to be the case, Tor Red (which is more of an orange in the final delivery than red, as the name would imply). 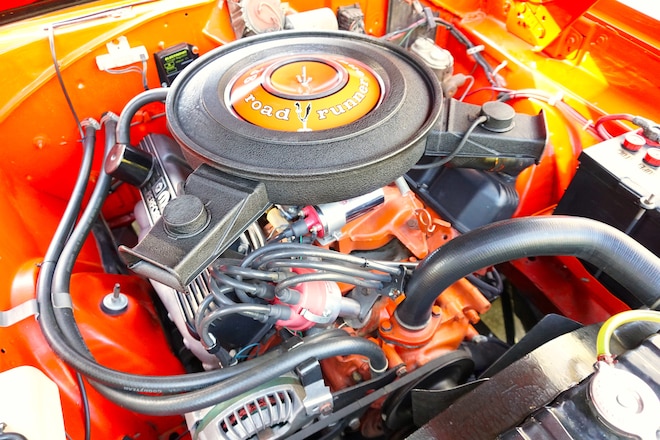 Schilling finally found his dream machine one state over from California in Mesa, Arizona, at a place called Streetside Classics. This 1970 Roadrunner checked all the boxes with the high-impact paint and very few deviations from stock. With little fanfare, the purchase was made and the Roadrunner rolled into Schilling’s garage, complete with an assortment of car-show trophies acquired by the previous owner. But Schilling felt that his Roadrunner needed a nickname, just like the Schilling family’s green station wagon that he had affectionately named “The Green Hornet” when he was a kid. To honor his grandmother, and to the great satisfaction of his father, Schilling named his new Roadrunner “Dorothy.” 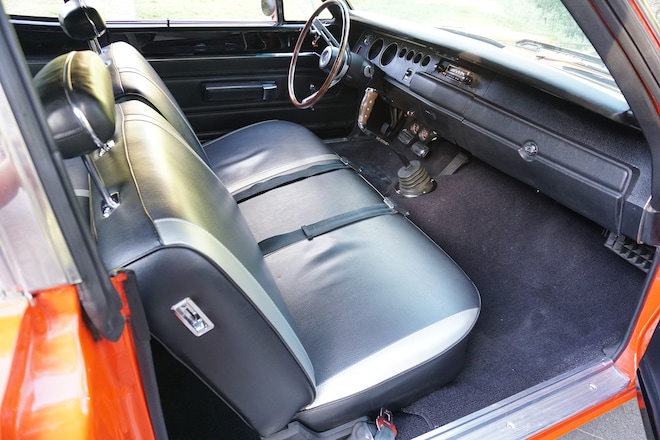 The body changes executed by Plymouth in 1970 made this model-year Roadrunner something special. For 1970, 41,484 units were produced. Of those 41,000-plus cars, 7,993 hardtops were produced with four-speed manual transmissions—the configuration of Schilling’s Tor Red Roadrunner. Of course, assessing how many are still around—well, that’s up to experts who can only guess the proper attrition rate of these very popular and highly affordable muscle cars, right?

Regardless of the rarity of finding a 1970 Roadrunner that not only looks but runs and drives this well (estimated total mileage is now 121,000), Schilling finds himself driving the car often. Whether he and his wife, Christy, are driving to the biannual Spring/Fall Mopar Flings that draw big crowds twice a year at Woodley Park in Van Nuys, California, or to weekly Cars & Coffee events or the legendary Bob’s Big Boy drive in at Toluca Lake, California, the car is driven as often as possible. Little did Schilling’s dad, John, realize back in 1970, the legacy he was initiating when he first purchased his Roadrunner off the local dealership lot, but he has to be proud of how it continues on to this day. While his grandmother, Dorothy, passed before the newest Roadrunner joined the family, she would obviously be pleased that her grandson has remembered her so fondly as to name his favorite car in her honor. As any car person would know, that is the highest praise anyone can receive. 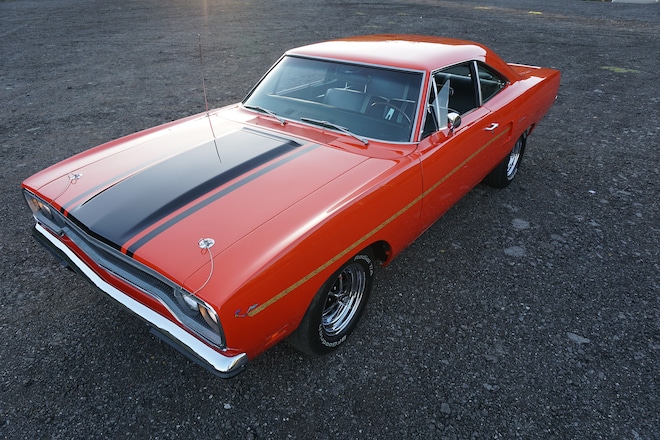 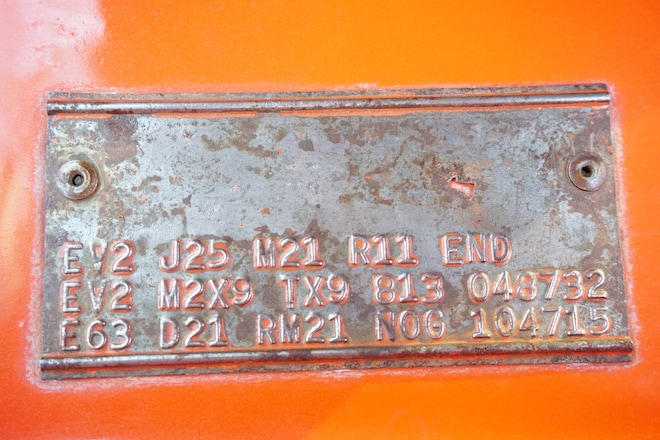 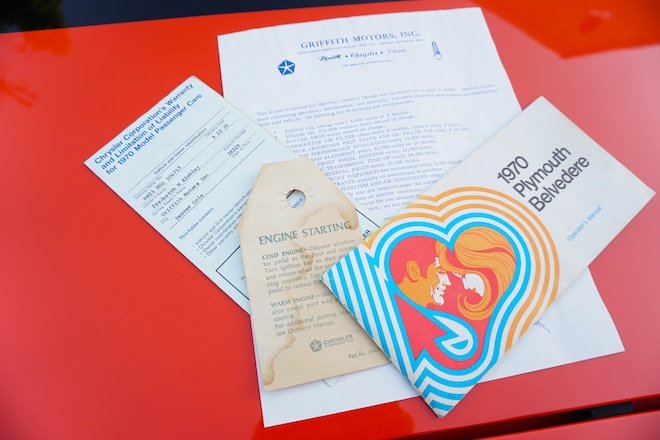 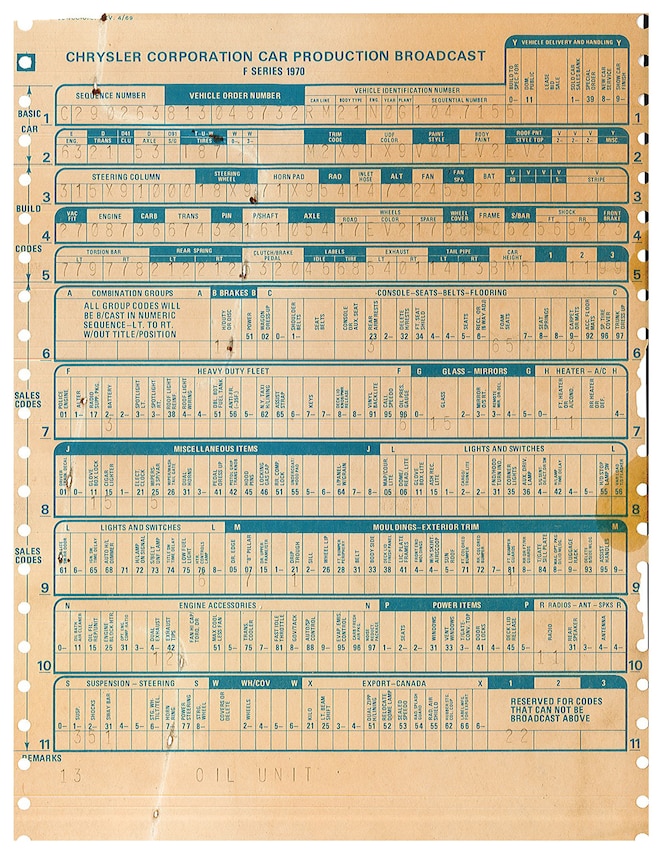 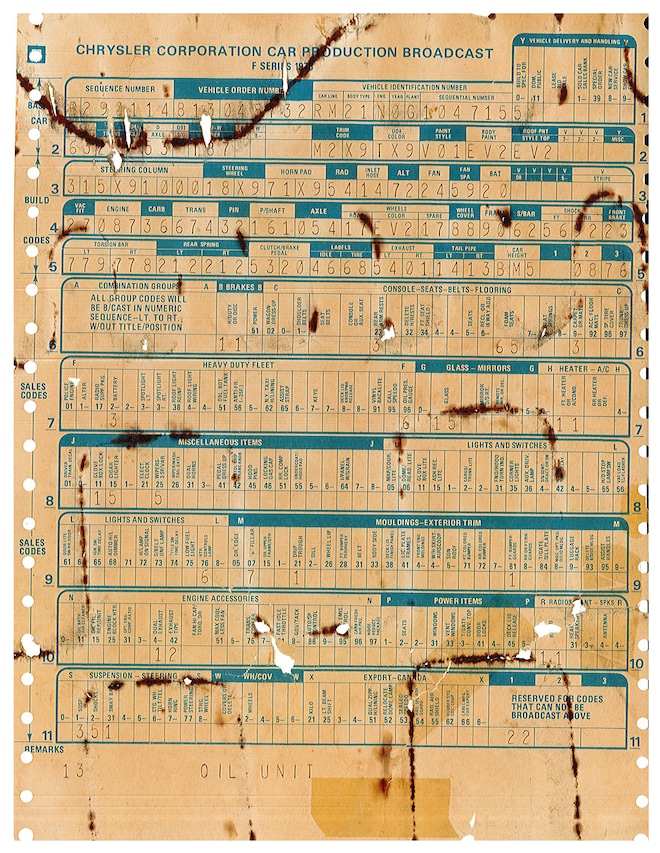 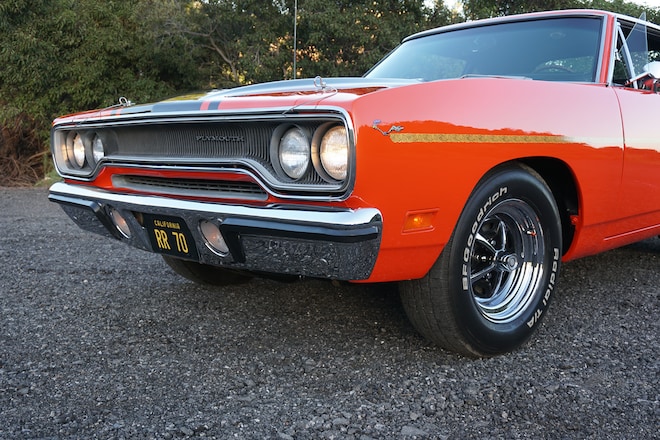 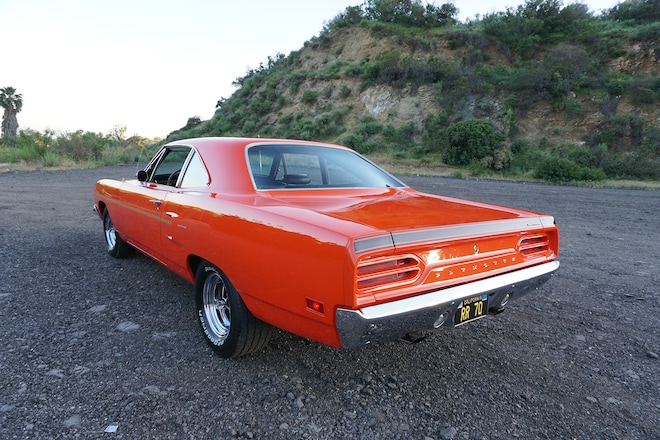 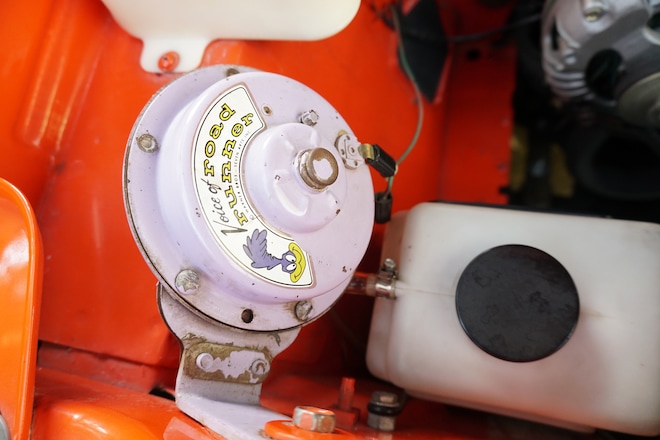 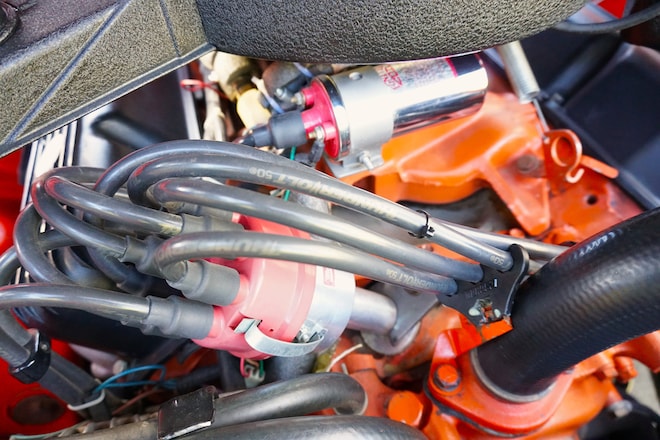 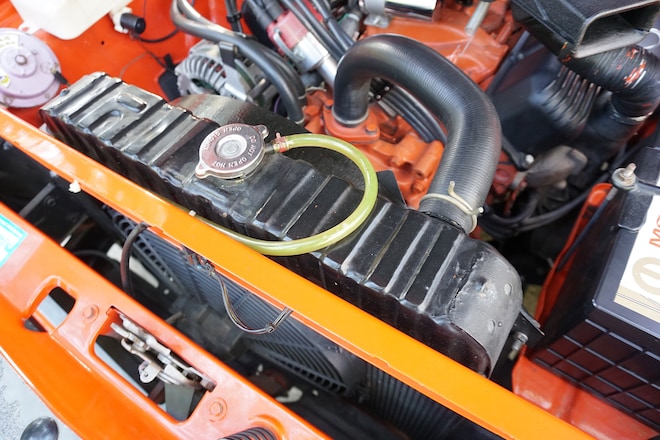 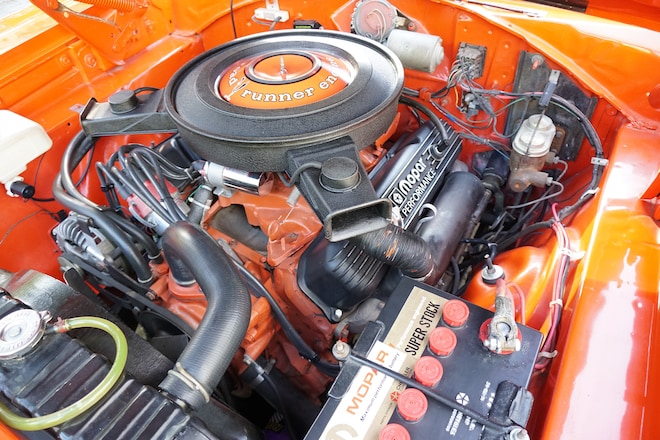 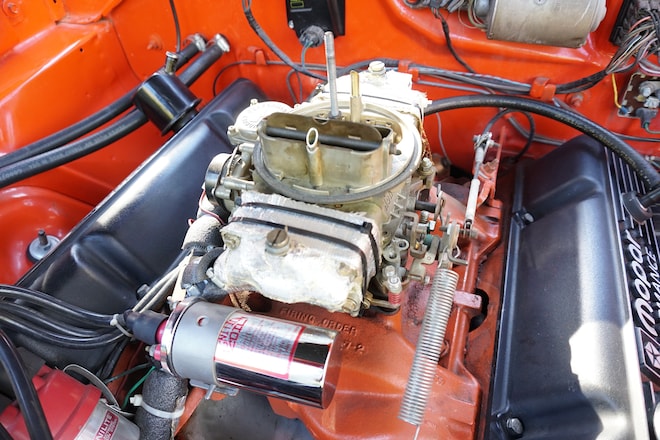 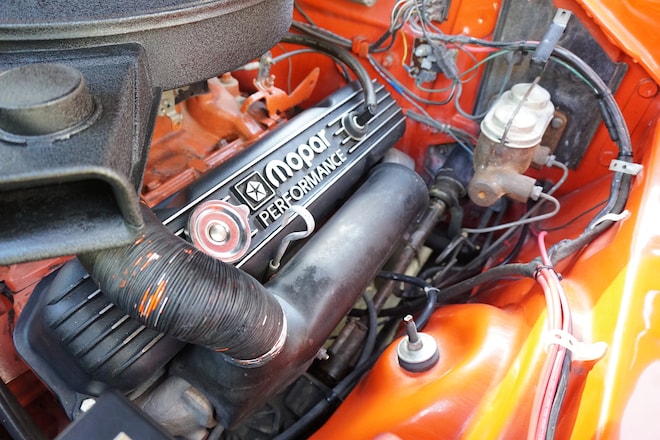 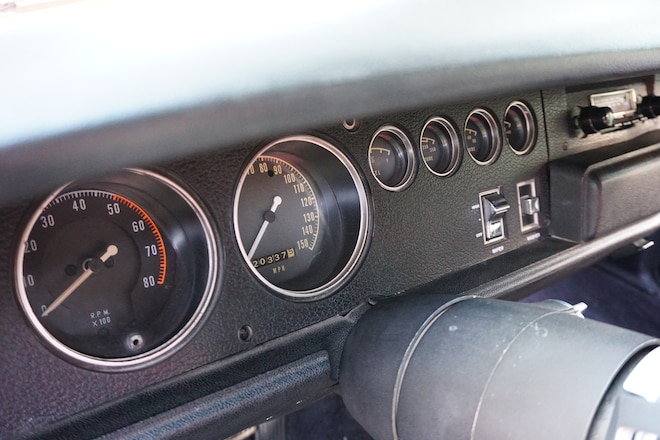 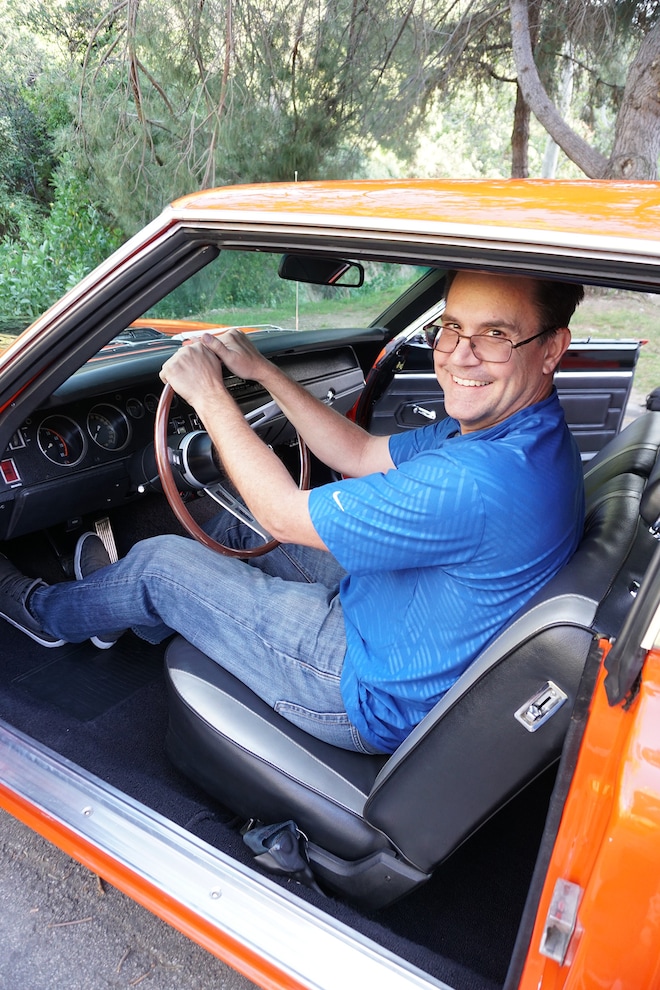 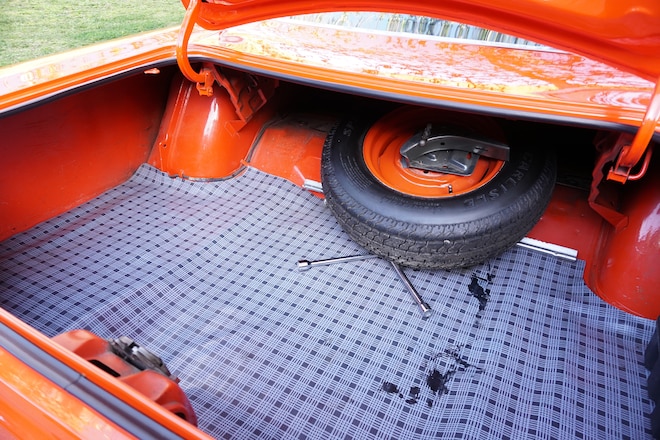 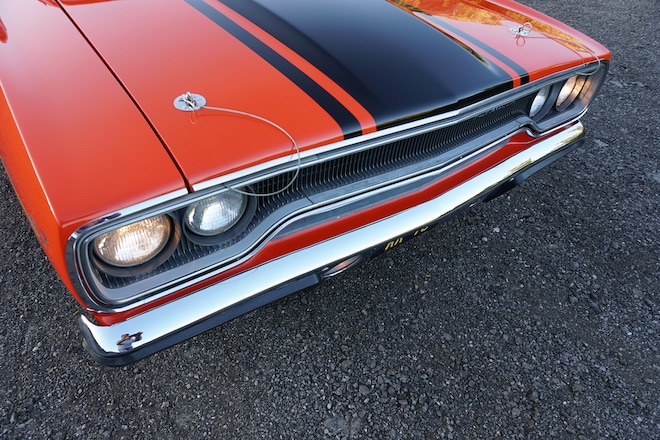 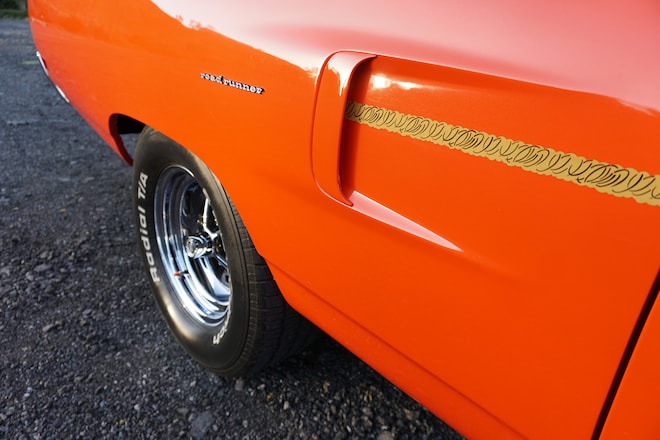 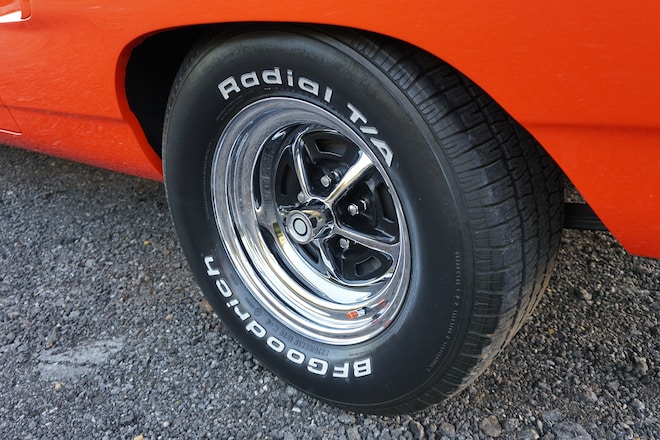 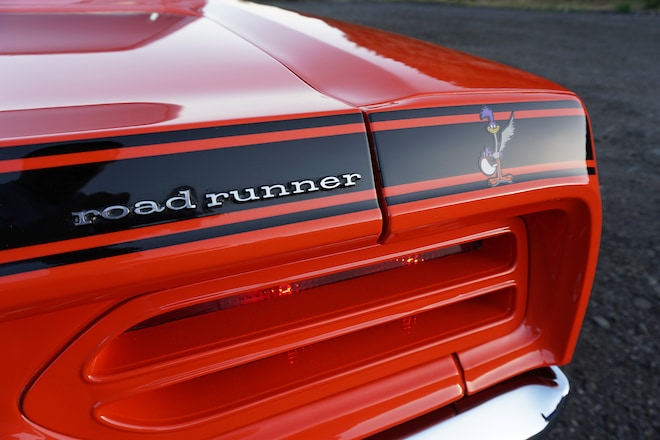