He admitted the trio had been talking about “making a bit of noise” to generate media hype for the show in the run-up to his huge shunt in the Swiss mountains. It came after Jeremy Clarkson claimed Mr Hammond’s 288mph dragster crash in 2006 helped boost the show’s ratings.

Speaking on the Andy Jaye podcast, Mr Hammond even joked he was a “bad driver” after suffering the two collisions.

He said: “[Jeremy’s] said that lots of times. It certainly bought it a degree of notoriety.

“It brought it to the attention of a lot of people around the world.

“He’s had that claim for a while. It was going that way anyway, maybe it accelerated it. 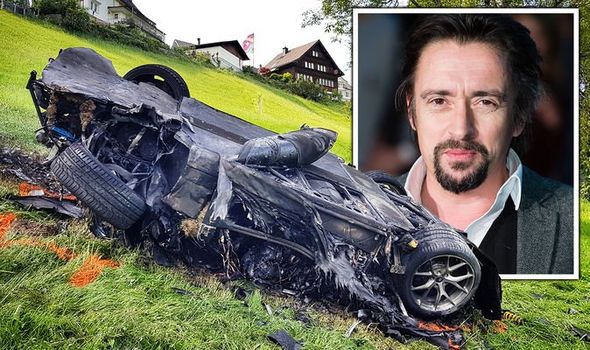 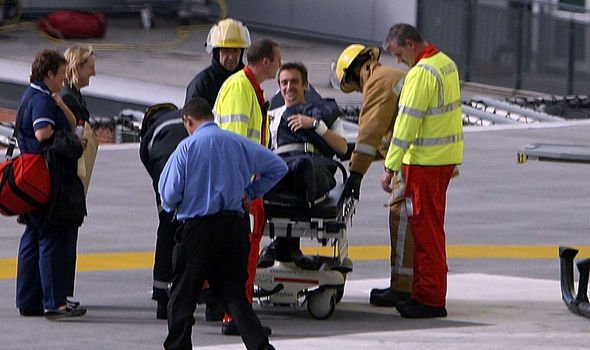 “But we had been saying on the Grand Tour, ‘Yeah we need to make a bit of a noise’ and then I crashed again.

“I didn’t do it on purpose, I’m just a rubbish driver. I think that’s the only conclusion to which we can come.”

Responding, Mr Hammond added: “Well there is evidence to support it.

“Me flying off a Swiss mountain in a £1.3million electric supercar.”

The 2006 dragster crash was caused by a “disintegration” of the jet car’s front tyre.

He was transported to Leeds General Infirmary by Air Ambulance where he spent five weeks recovering from a brain injury.

He has previously said he “lost a year” as a result of the horrific accident and suffered from post-traumatic amnesia and five-second memory loss.

The Rimac crash came in June 2017 in a Grand Tour segment where the trio was driving cars of the past, present and future.

Mr Hammond was behind the wheel of the concept car when he lost control and flew off the side of a hill just metres after the finish line.

Mr Hammond revealed he doesn’t think about his two near-fatal accidents but did learn a lesson from the horrific experience. 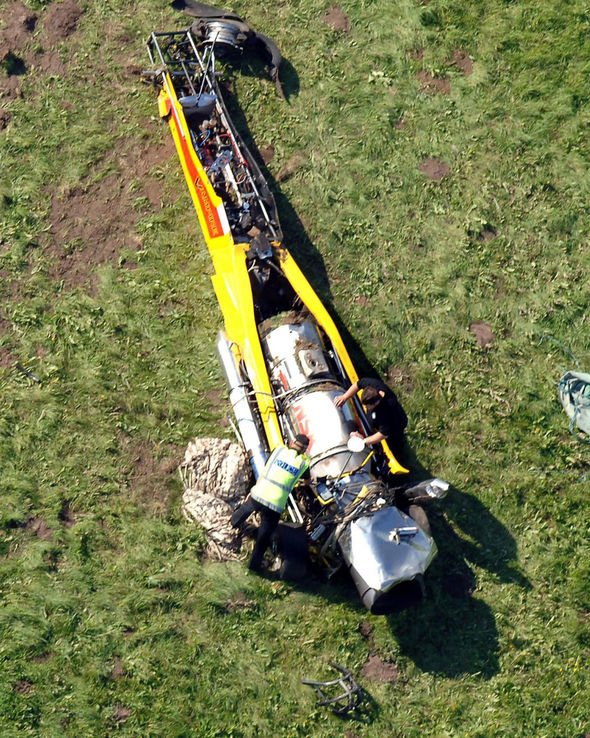 He told Andy Jaye: “The dragster crash I touched 320mph in that, It was upside down at 288mph.

“We did learn a lesson. We learnt just because you’re doing it on TV doesn’t mean you’re in a big protective bubble.

“Things can still and do go wrong like the tyre blows.”