Hot August Nights, unlike virtually every other car show, is not confined to one designated area. From its hub in downtown Reno, to satellite shows at casino resorts all over town and in the adjacent city of Sparks, this event is literally far and wide. We covered the whole area to find 10 award winners for the Street Rodder Top 100 award presented by Painless Performance Parts, and 4 of our 10 picks from Hot August Nights were customs, shown here. Each of them is primarily owner-built and each is a knockout. Look for the rest of our winners, including rods, street cruisers, and a cool classic truck, elsewhere on HOTROD.com. 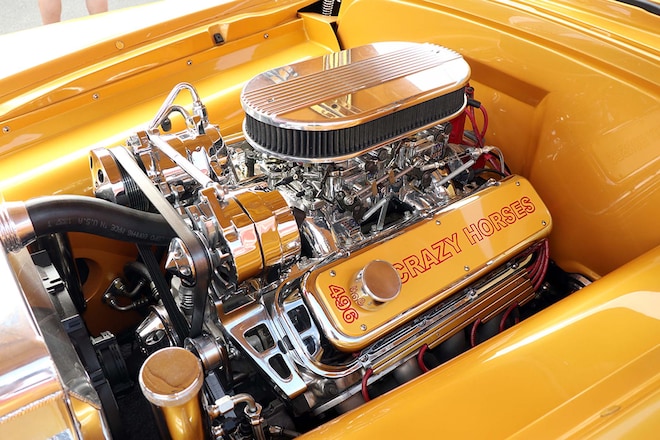 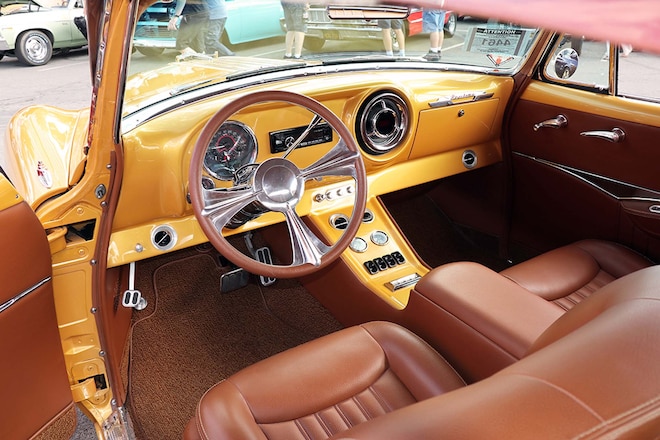 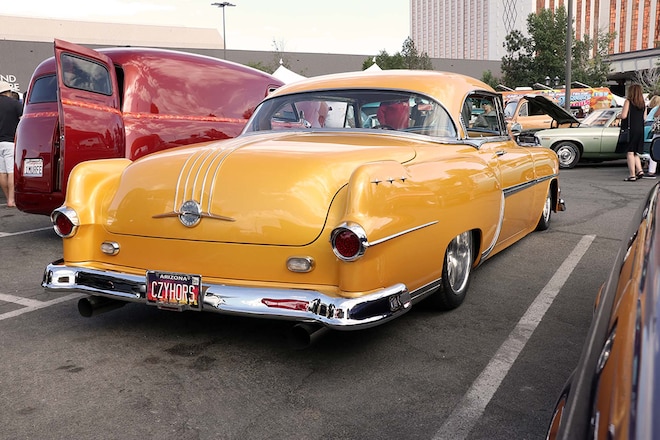 1954 Pontiac
Bill & Carol Raper: Peoria, AZ
This pearl gold 1954 Pontiac custom, owned and built by Bill, spent Hot August Nights week at the huge show-n-shine show at the Grand Sierra Resort. It had been stuck in mud when Bill and Carol bought it eight years ago. Bill did a lot of the designing on the rebuild, and their grandson Tyler Harshman made mods to the frame and installed the TCI frontend and rear four-link, added the center console, and modified the dash, among other work, including the custom engine bay housing a 454 big-block with dual quads. The body rides low over 18-inch Budnik wheels and fat radial tires. Ron Mangus created the beautiful cinnamon leather interior. Bill and Carol have had their Pontiac on numerous cross-country trips and have racked up 10,000 miles with more to come. 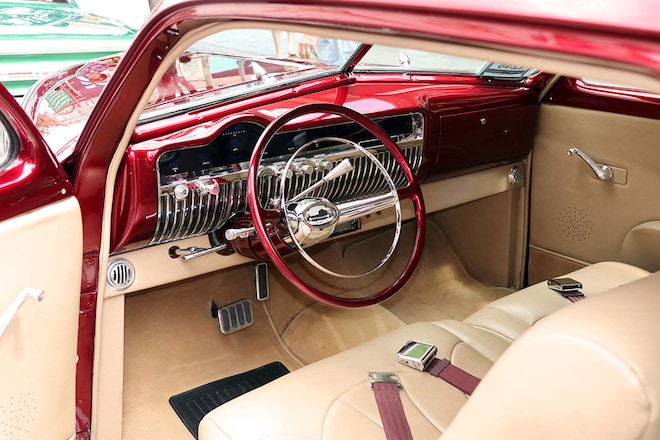 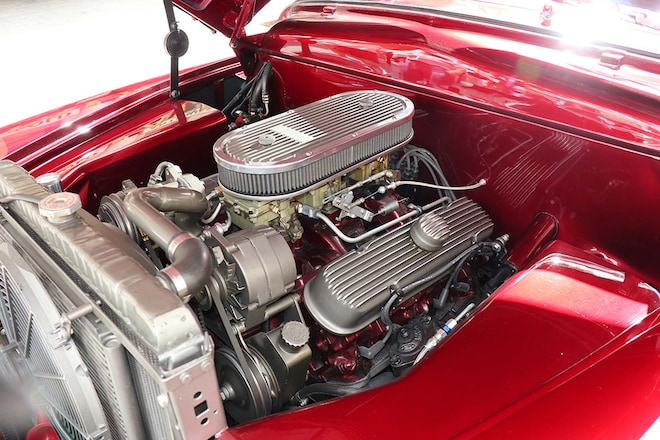 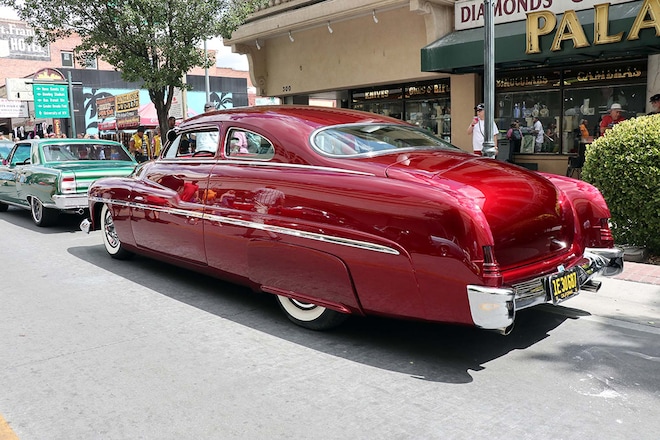 1951 Mercury
Chuck Cushner: San Mateo, CA
Chuck’s Merc is another cool custom that had sat neglected before being bought and brought back to life. The Pontiac 389 engine with tri-power was in the car when Chuck bought it 20 years ago. Since then, he has customized the exterior with a top chop, shaved doors, shaved driprails, 1953 Chevy grille, molded 1954 Merc taillights, and frenched headlights, for starters. Chuck drove his Merc in primer for about a year before Speed & Color in Redwood City, California, sprayed the cabernet paint. Black Diamond whitewalls are mounted on the stock wheels, dressed up with Dodge Royal Lancer caps. Inside, things are modified, but kept relatively mild. Chuck added at 1957 Olds steering wheel and installed A/C vents and the stereo receiver in the underdash. 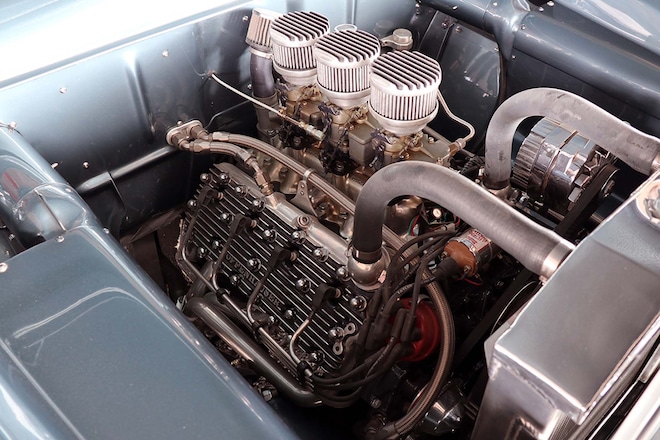 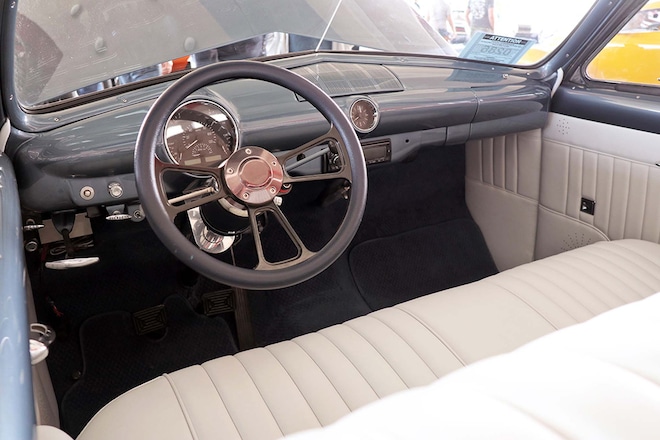 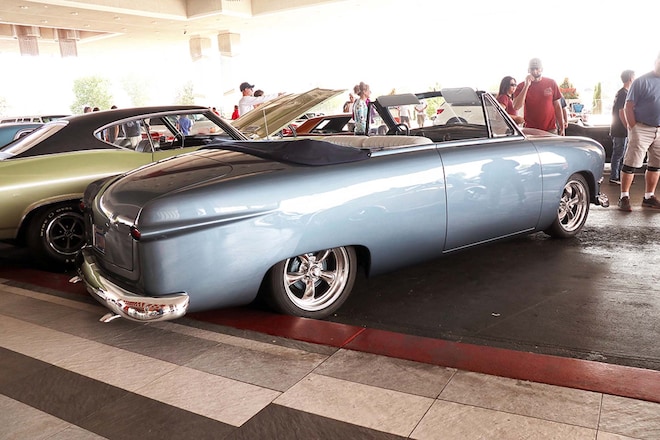 1950 Ford Convertible
Brian Fields: Tracy, CA
Brian parked his 1950 Ford convertible in a prime spot near the front door of the Grand Sierra Resort where the Shoebox was displaying its Best Of Show ribbon from the judges at the GSR. Bill’s father, also Bill, had been building the Ford for 20 years before passing away earlier this year. Bill, the son, brought the 90-percent finished custom to Hot August Nights to share it with the public. Custom mods include shaved body panels, frenched headlights, 1951 Ford hood, 1949 Merc front bumper, and 1954 Pontiac grille center. The Ford is powered in perfect traditional style by a Flathead engine with Offenhauser heads and three Stromberg carbs on an Offy manifold. The transmission is a Ford manual 3-speed. White leather upholstery dresses up the interior. 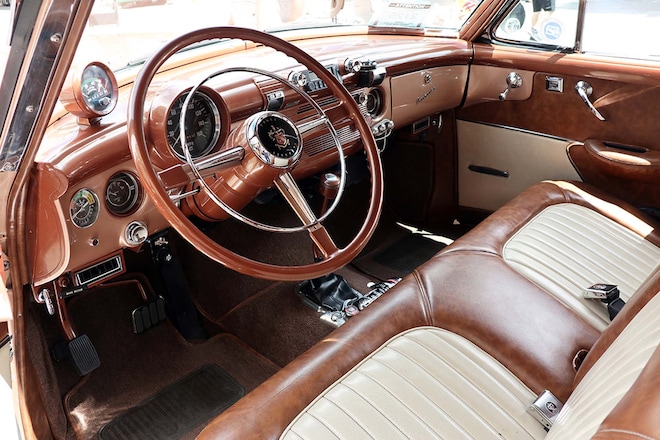 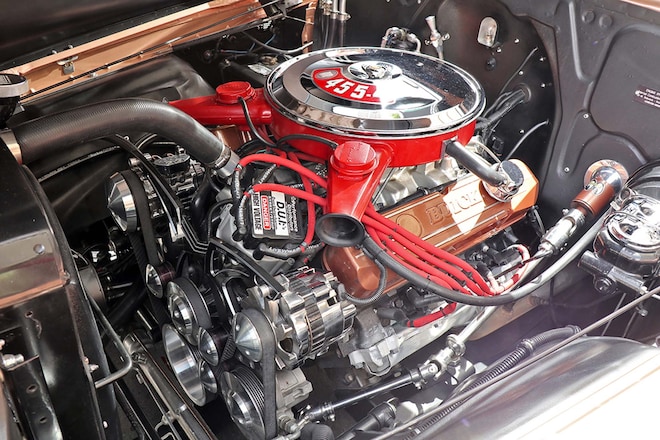 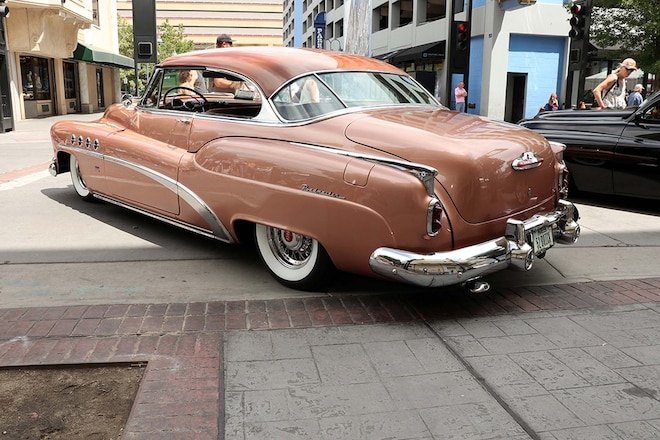 1952 Buick Roadmaster
Jerry & Suzy Gray: Belgrade, MT
We first saw Jerry and Suzy’s homebuilt 1952 Buick when they submitted it to Street Rodder as an Early Iron feature. Rescued from a Nebraska field, the Buick underwent a thorough frame-off rebuild and now sits on an Art Morrison Chassis, with a fuel-injected 455 under the hood. The exterior brightwork has been restored and retained, complemented by wide whitewall tires on 15-inch Truespoke wheels. Two-tone distressed leather covers the factory seats. Cruising comforts include Vintage Air A/C and Sirius radio via a Custom Autosound audio system. The Grays’ Buick Roadmaster lives up to its name; Jerry and Suzy drive it on extensive road trips every summer and have covered 50,000 miles.