How cool would it be if you could order a custom version of your dream classic car as if it were coming right off of the assembly line? Well, if you’re a fan of classic Land Rovers, you’re in luck because U.K.-based Arkonik will build you a fully restored (and/or customized) one in exchange for something like $150,000 to $200,000. Arkonik, which has a dedicated representative in the U.S., has been restoring Land Rovers since 2011 and its expertise shows in its latest model, the Defender-based Forager D110. 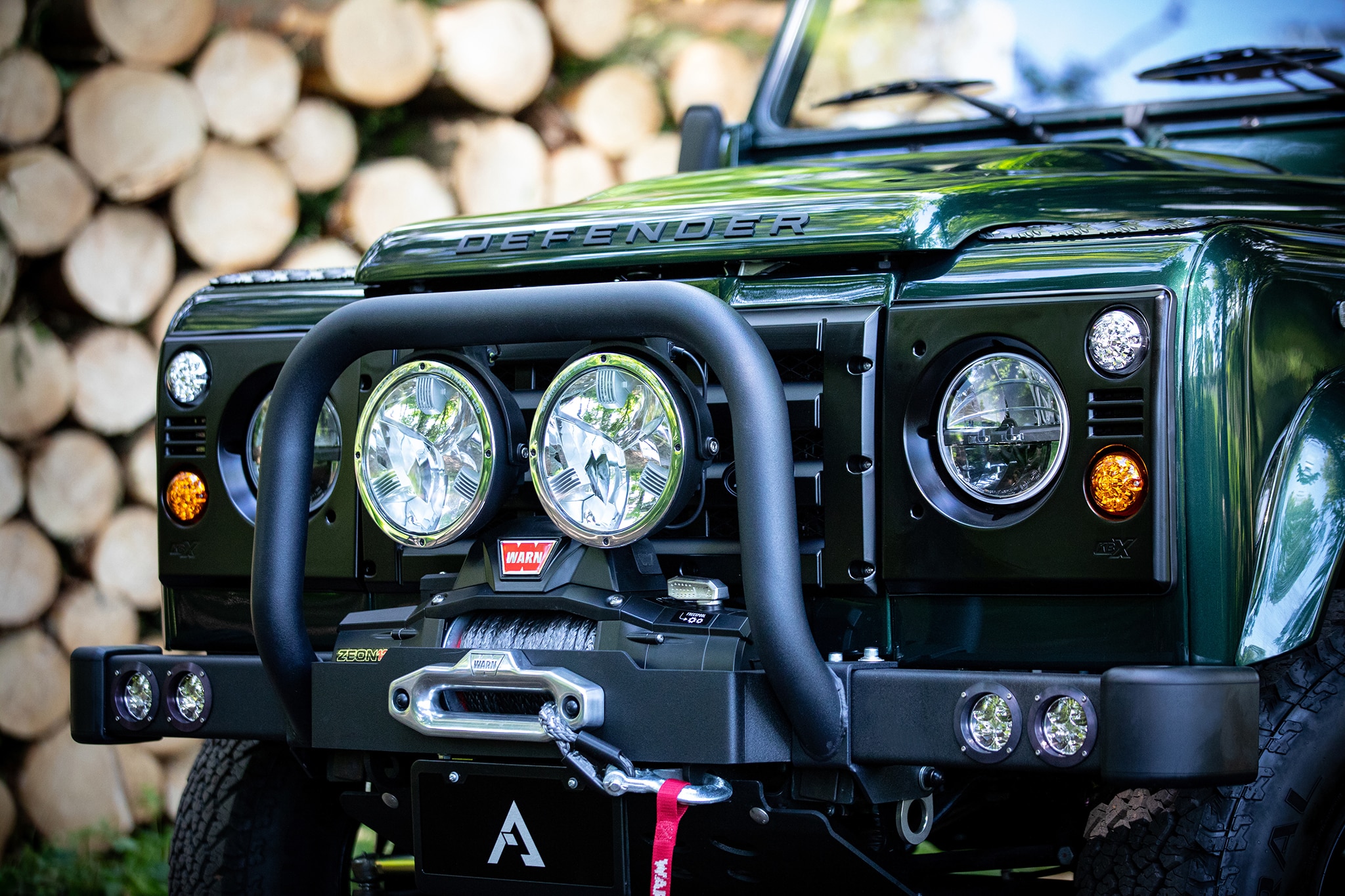 This Forager D110 also has diamond-plate panels on the side sills and atop the fenders, a set of side steps, a rear step with integrated hitch receiver, and a slim roof rack with a rear ladder to help access the roof. The Forager D110 also comes with a Warn winch, and fendertop air intakes for when you want to take it for a swim.

The cabin has been extensively worked over, as well. The Epsom Green exterior is complemented inside by chestnut brown leather upholstery on the seats and doors, while heated front seats and a center console with 12-volt USB power points have also been fitted. Three premium high-back heated bucket seats combine to make a bench in the back, and a leather-wrapped steering wheel and black anodized knobs for the transmission and four-wheel-drive system levers have been fitted. An Alpine sound system with a touchscreen is Apple CarPlay compatible, and its display also shows a feed from a reverse camera. Finally, the Forager D110 has air conditioning, which should make your next desert excursion a lot more comfortable. 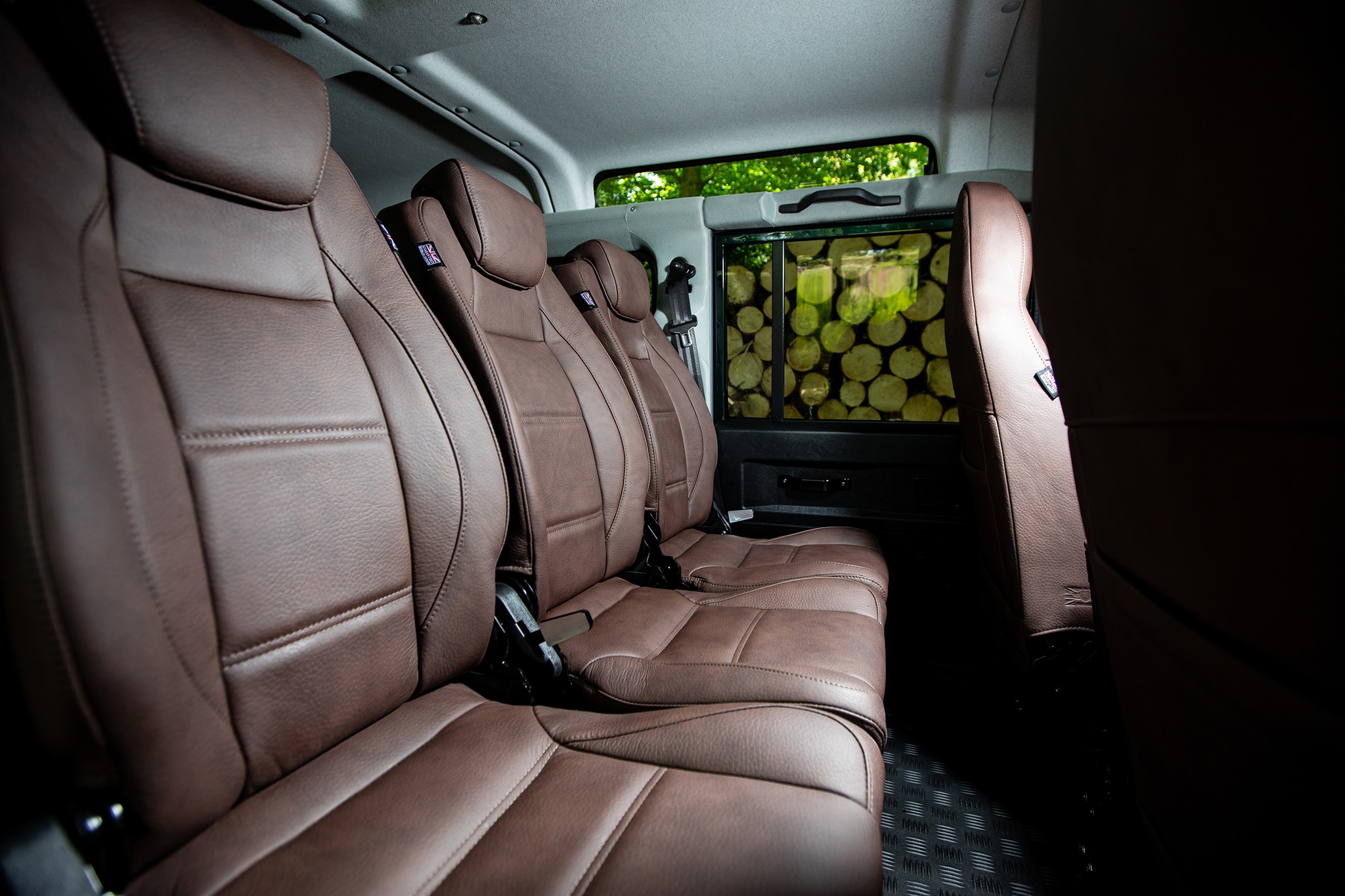 Power comes from a fully refurbished 3.5-liter V-8 backed by a five-speed manual transmission. The amount of care and attention that Arkonik gives its Land Rovers is clear, and we imagine any buyer is going to go home—or go, really, wherever they want—with a smile on their face. 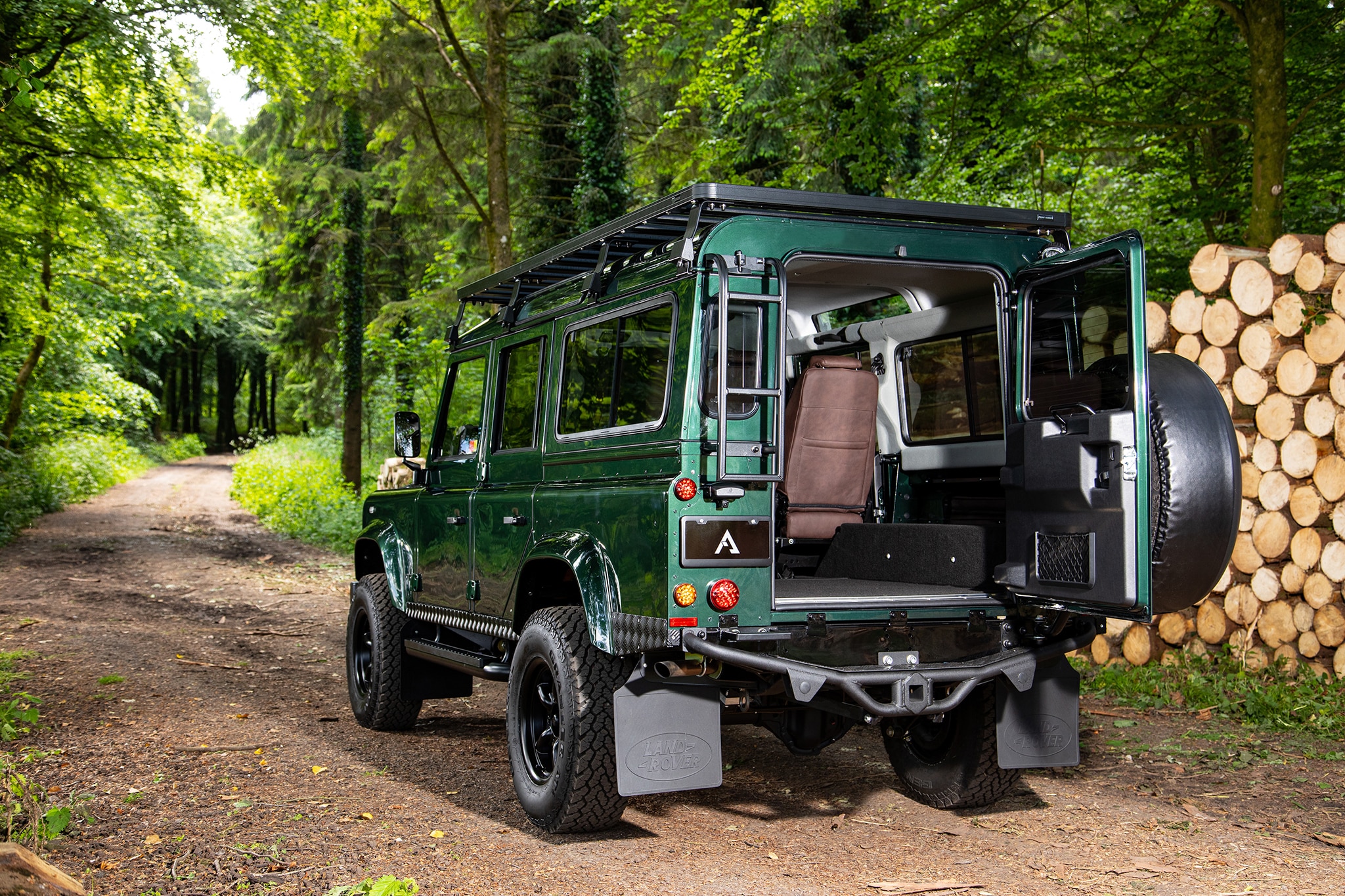 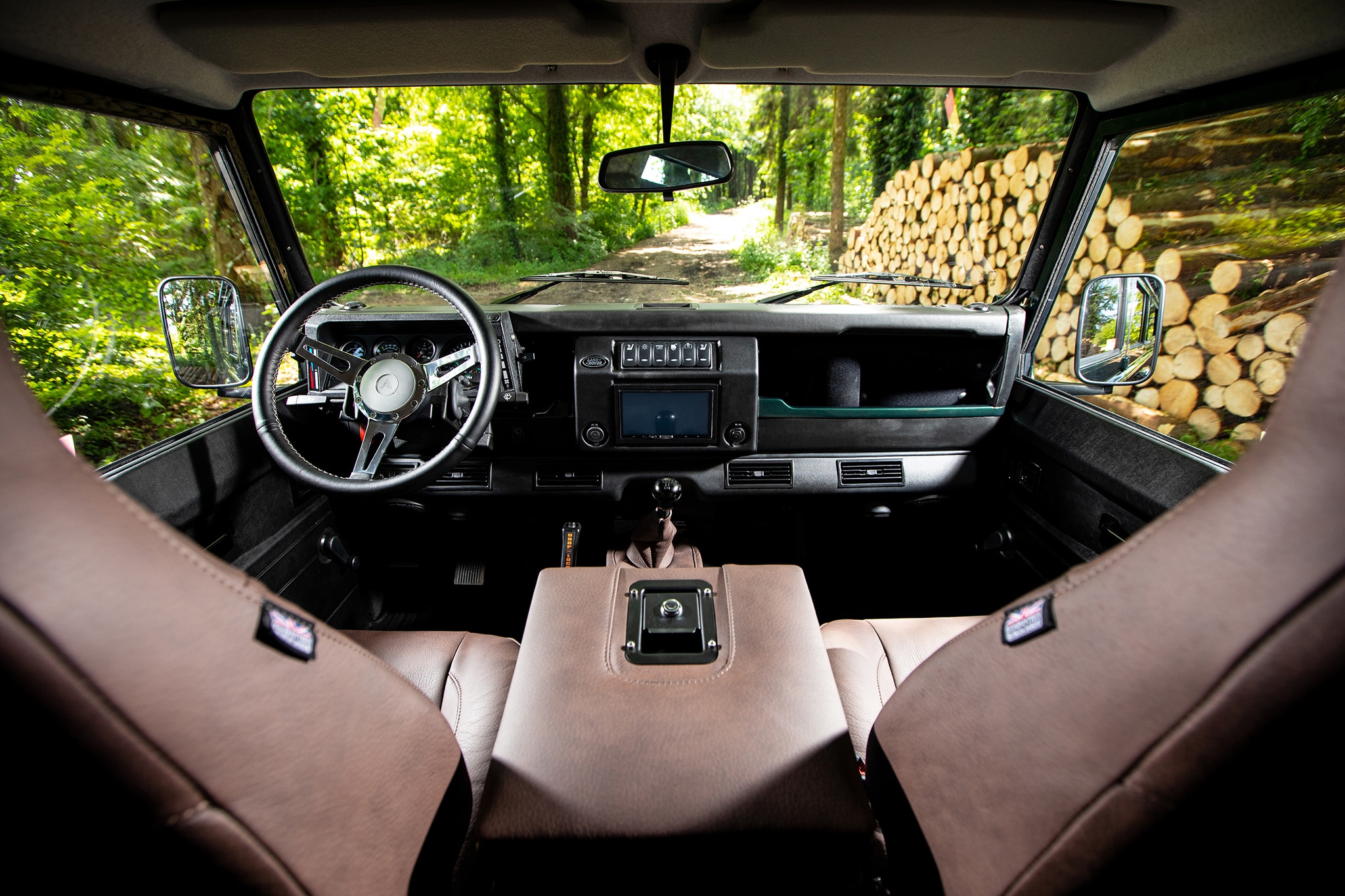 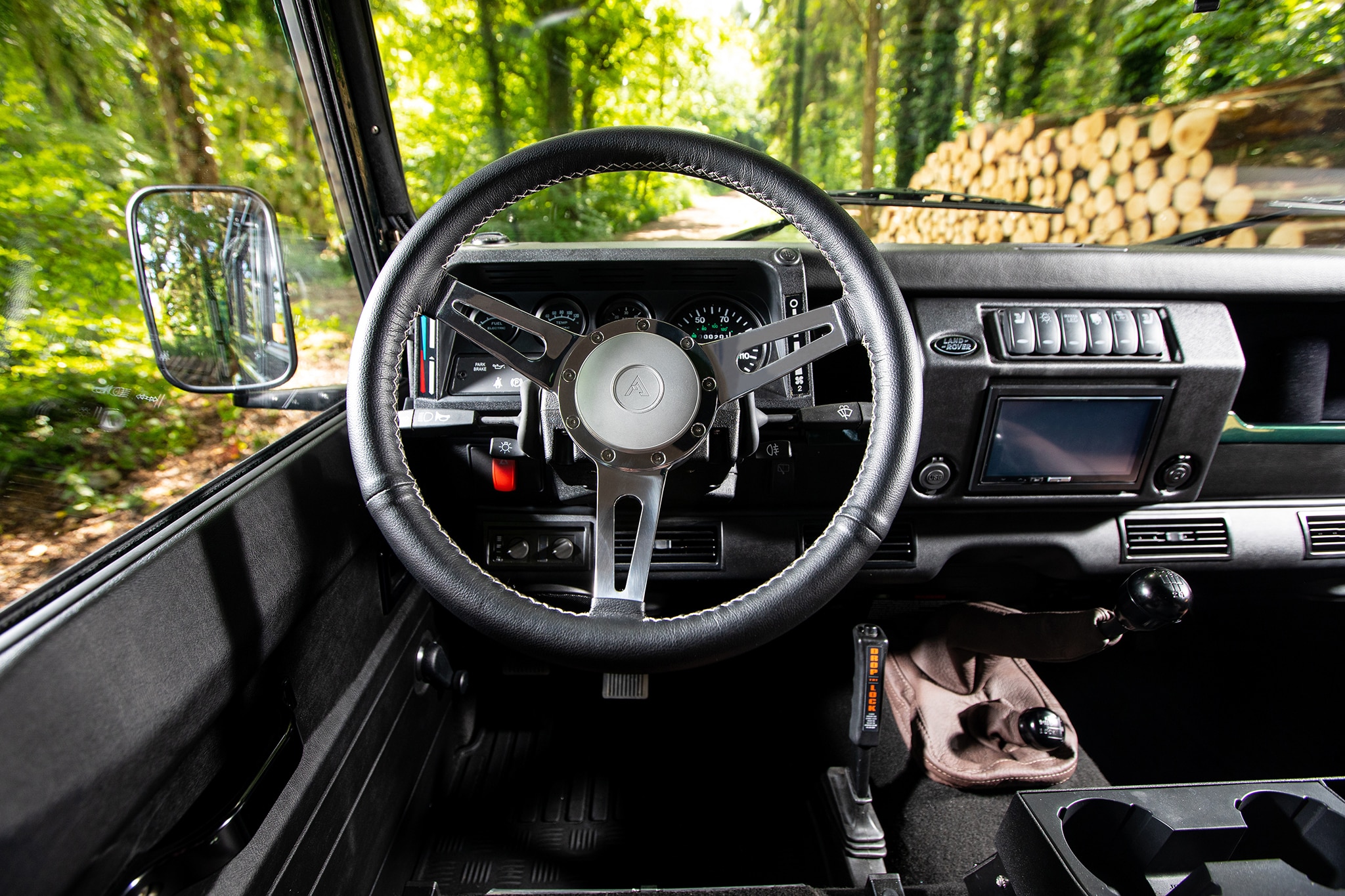 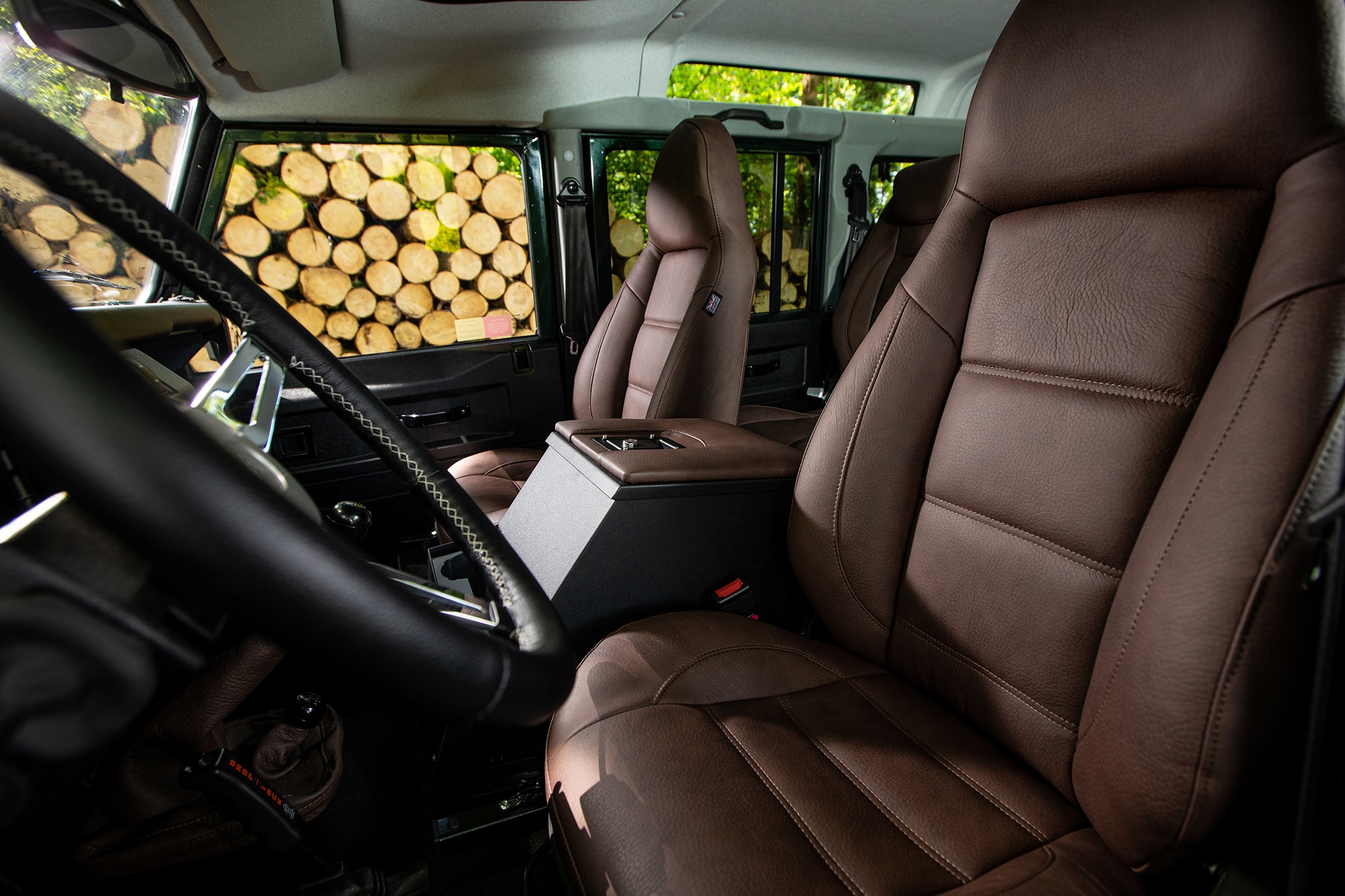 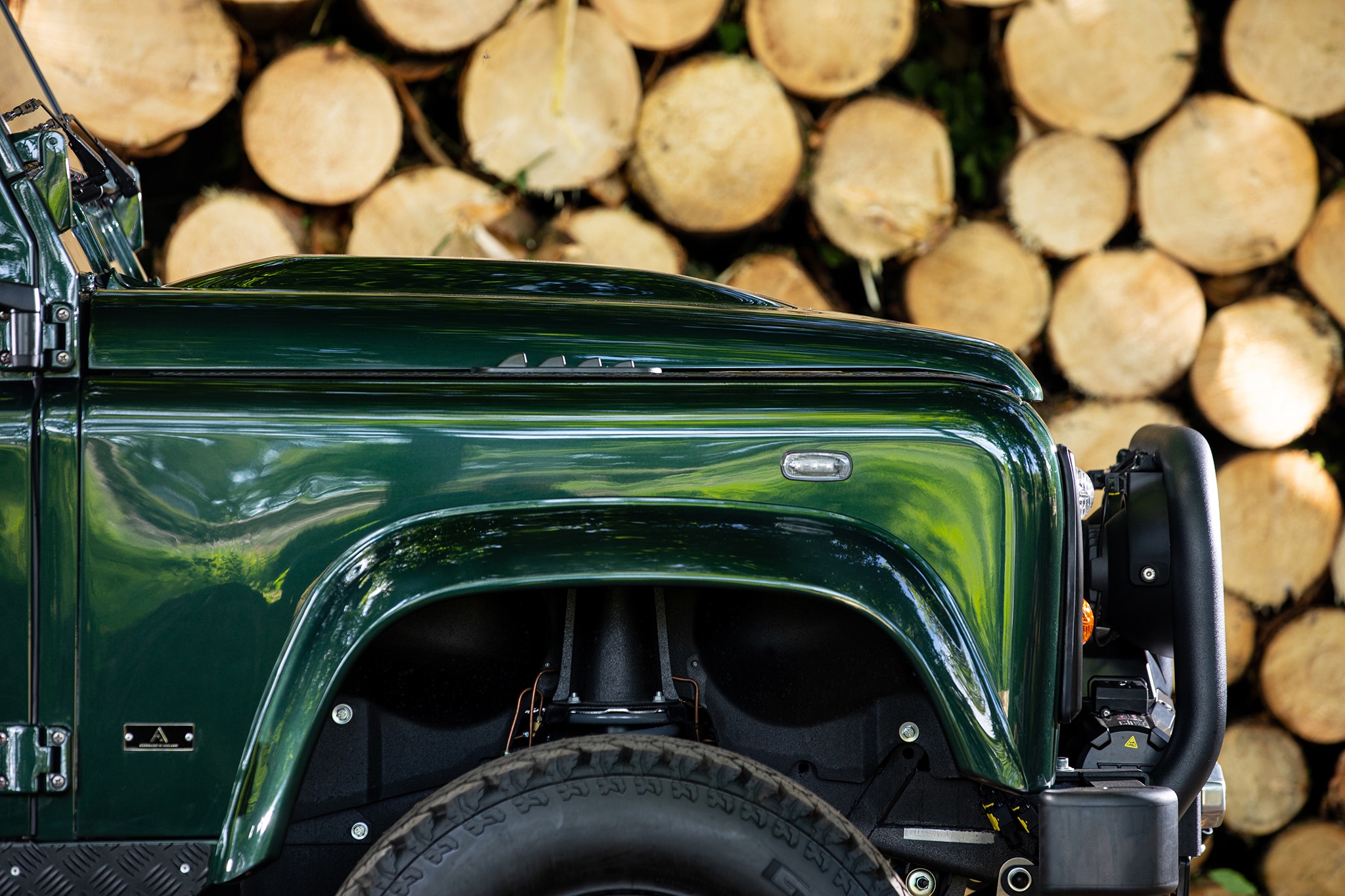 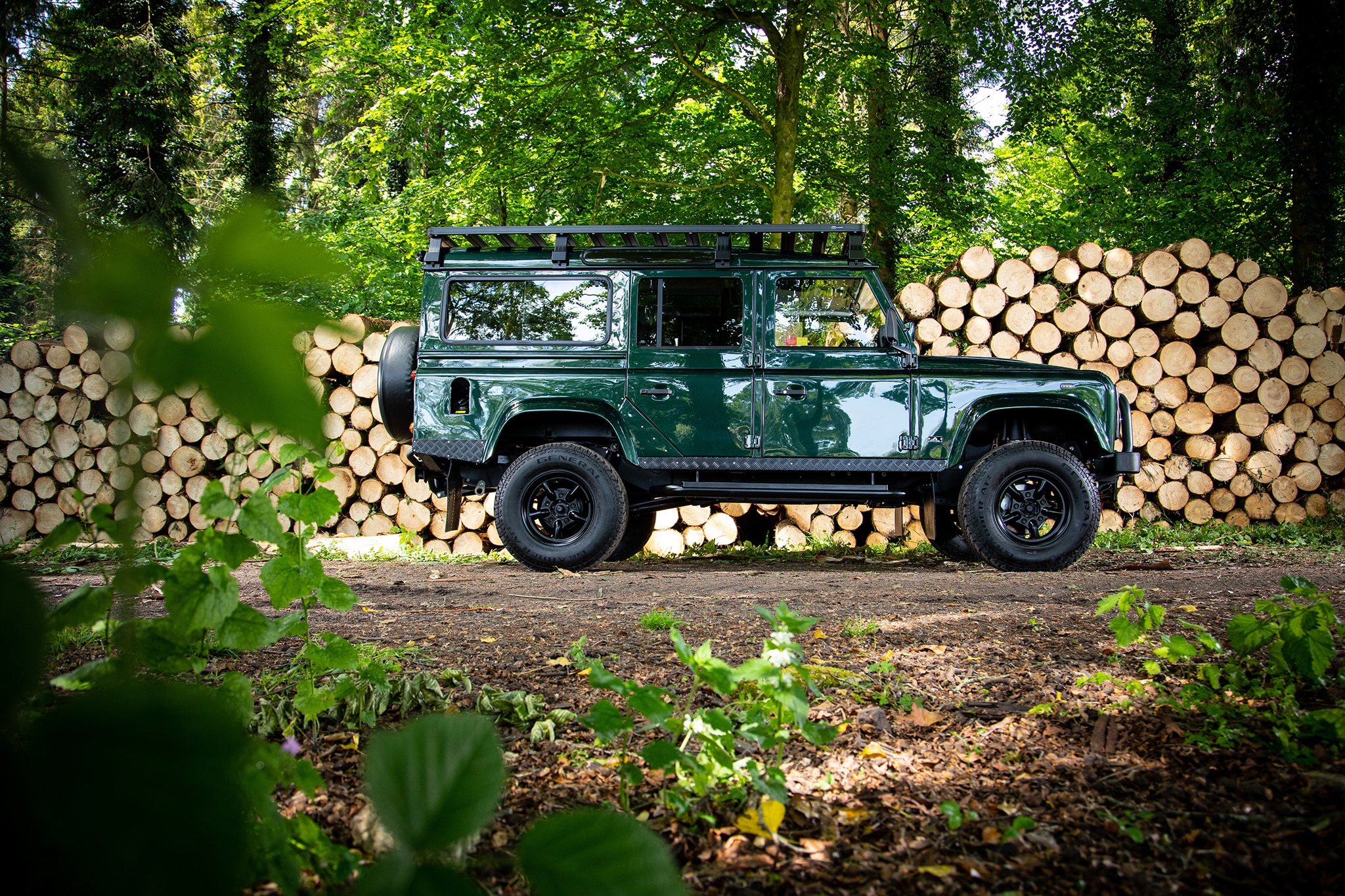 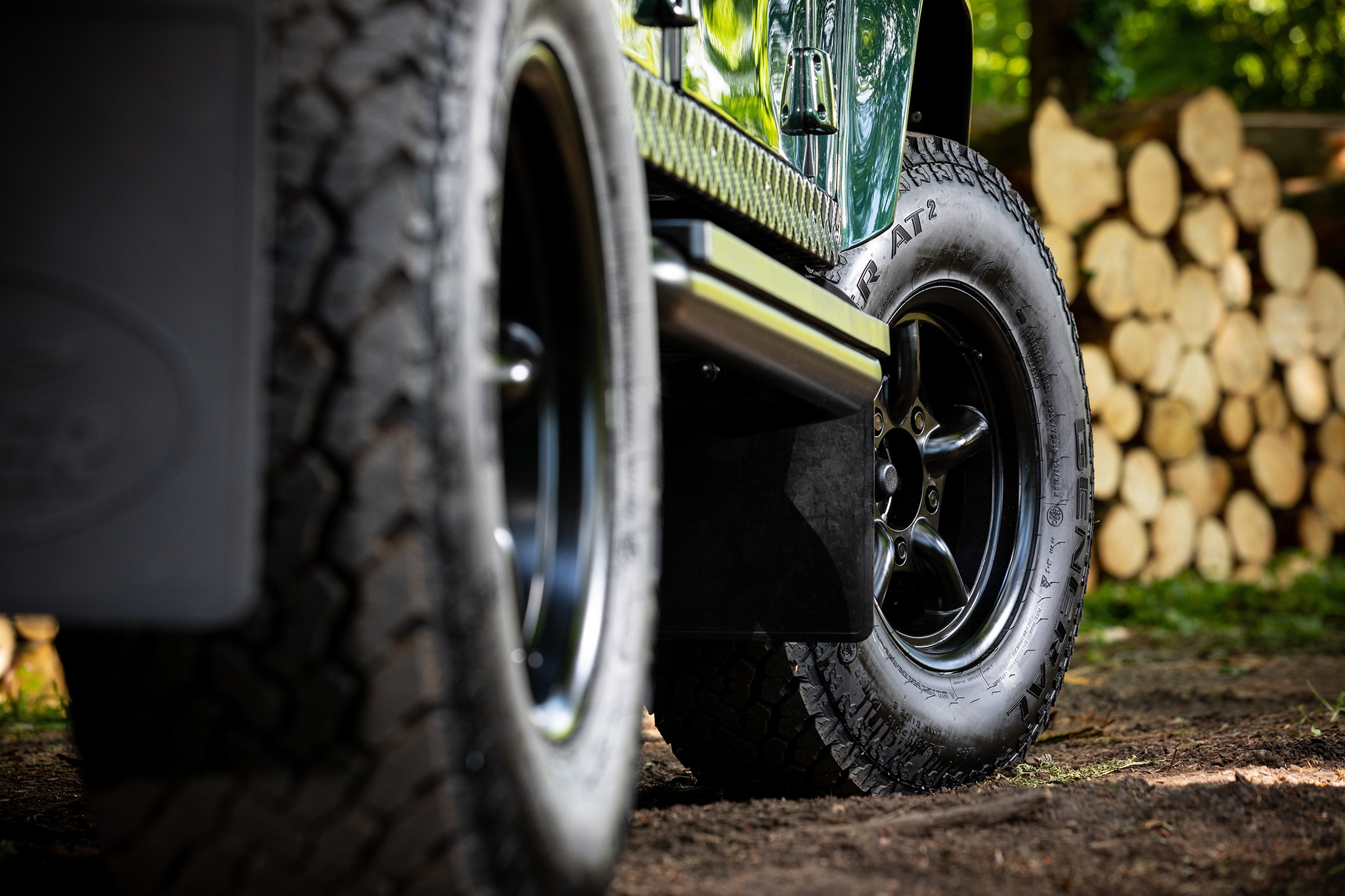