An amazing story about a cool car and two people who loved it.

Not every car stirs the soul like a hot Ferrari or a classic Mustang, but passion in the automotive realm is limitless. There aren’t rules or requirements for loving a particular car. You don’t need a massive garage filled with exotic machines. It can be just one vehicle that means something to someone. That’s what makes a true car enthusiast, and friends, this feel-good story is the epitome of being a true car enthusiast.

It was also the end of an era, carrying its traditional boxy Detroit styling into the early 1990s amid rounded, European-influenced designs such as the Ford Taurus and Pontiac’s own redesigned Grand Prix. 1991 was the final year for the 6000, and just like that, it was relegated to history with few people noticing.

Simons noticed, however. And so did we, which is why Motor1.com reached out to him when we saw his car and his story in the Underappreciated Survivors Facebook group.

“My love for Pontiacs started when I was five,” said Simons in a message to Motor1.com. “My grandparents bought a 1992 Pontiac Bonneville SSEi brand new at the time. I loved that car; it had enough buttons and electronic gizmos to infatuate any automotive-curious kid. When I turned 16, I was gifted that car as my first car; since then I have enjoyed learning more about Pontiac as a brand.” 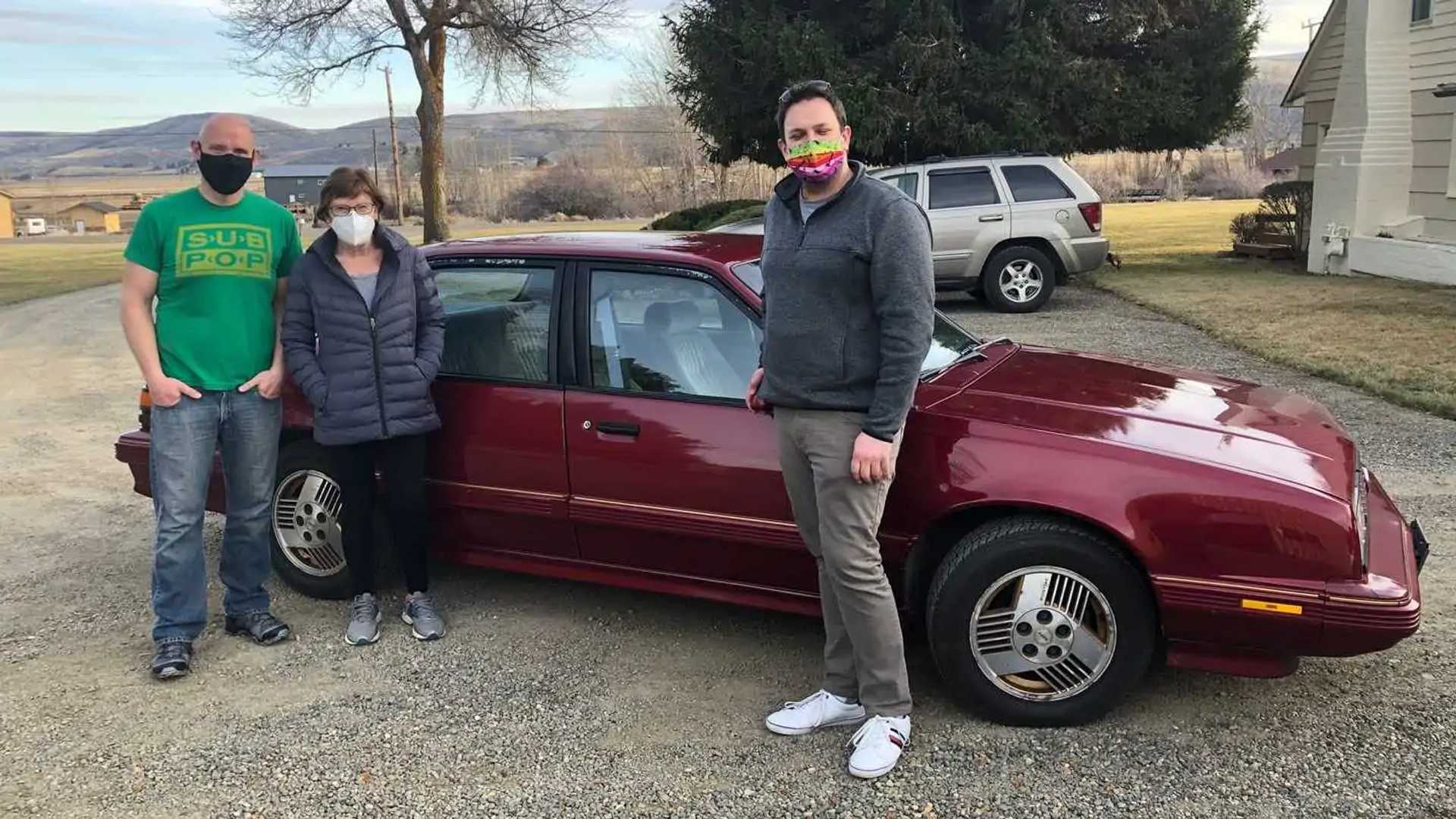 As such, when he saw this burgundy 6000 SE AWD parked while attending college at Central Washington University in Ellensburg, WA, he was smitten enough to write the owner a note praising the car. He also left his email address and a request to contact him if the owner ever wanted to sell it. That was in September 2007.

Time passed. In fact, nearly 14 years went by until one day recently, Simons received a message about the car. The note apparently meant something to the Pontiac’s owner, Dean Ross Sr., because he kept it until he passed away in March 2021 at the age of 97. According to his obituary, Ross was born in Ellensburg and lived his whole life there, working as a mechanic for nearly 30 years. Ross’ son and grandson found the note, reached out to Simons, and the rest, as they say, is history.

The 6000 SE AWD currently has 107,000 miles on the odometer and it looks pretty darned good. We’d expect nothing less from a mechanic who clearly appreciated the Pontiac over his years of ownership. Simons currently has the car registered on collector plates and keeps it garaged, save for the occasional drive. He’s planning to fix up some minor imperfections, but from our vantage point, we’d say this underappreciated survivor is most decidedly appreciated.

Special thanks to John Simons for sharing this very special story and amazing car with us. His Pontiac 6000 SE AWD story continues on his Instagram page: @pontiac6000seawd.