The video shows drivers stopping their left side wheels on the parking line instead of stopping in the middle of the bay. This creates huge amounts of space for drivers to enter and exit their cars while reducing the risk of damage or accidental prangs.

The clip was uploaded to social media platform TikTok by user Bigbruva_77.

He said: “What if I told you all we’ve been parking in parking spots wrong the whole time.

“This is where we pick up GM trucks, look how they park. 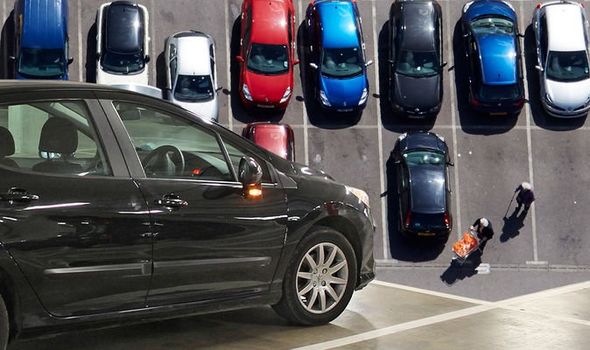 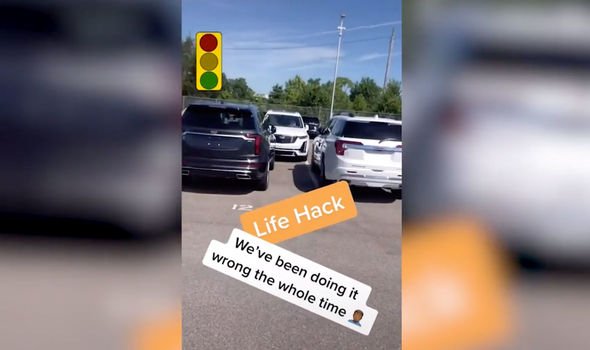 “They park on the line, you can see how evenly spaced they are.

“Imagine if everybody parked on the line it would lessen the amount of dings.

“And it would give you space to get in and out of your car.

“We’ve been doing it wrong the whole time.”

Social media users took to the platform to react to the clip with many warning it would be almost impossible to enforce.

One said: “People can’t even park inside the lines, you expect them to park on it?”

Another added: “It only works if everyone did this though which would never happen.”

Car park crashes are not uncommon with millions of UK drivers suffering damage every year.

A study from Skoda conducted in 2020 found 11 percent of UK drivers or 3,74 million road users java damage their own car while looking for a space to park.

On average drivers have been left with a £396 repair bull to fix damage after a car park shunt.

Four in ten said they had accidentally hit another car with their door with 40 percent hitting a lamppost, tree or car park divider.

Some experts have blamed increasing car sizes for the upsurge in accidents. 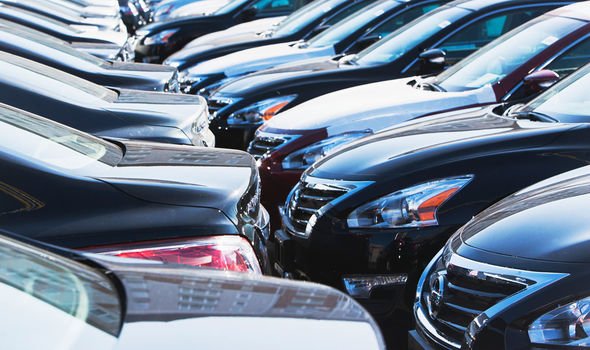 According to CarGurus, guidelines for car park spaces have not changed in 50 years despite the width of cars massively increasing.

Modern cars take up around 86 percent of a standard parking space compared to models from the 1970s which took up just 69 percent.

But he added this could not be guaranteed if spaces were just too small for large vehicles.

He said: “Many of the latest cars are at least available with technology to help with parking, including parking sensors, reversing cameras, 360-degree view cameras and automatic parallel and bay parking functions.

“Some even equip cars with features to help prevent car park damage, such as door edge protectors and Citroën’s Airbump Technology.

“However, it is, of course, worth noting that no matter how easy the technology makes it to park, if the space is too small for your car none of it will help you to physically squeeze out of the driver’s seat.”