There are small cars and then there are Abarths. Often referred to as ‘giant killers’ in their day for their impressive motorsports performance from diminutive size and engine capacity, the vintage cars that Austrian-born Karl Abarth put his family name on have soared in prestige and value since Fiat took control of the brand in the mid-1970s and began watering down what was once an extensive reengineering process. While Fiats were Abarth’s platform of choice, there were plenty of Cisitalias, Porsches, Simcas, and others that Abarth tuned before applying the famous scorpion badge. Here are seven of our favorite Abarths from the Cartier lawn at the 2019 Goodwood Festival of Speed, a grouping gathered to celebrate Abarth’s 70th anniversary. 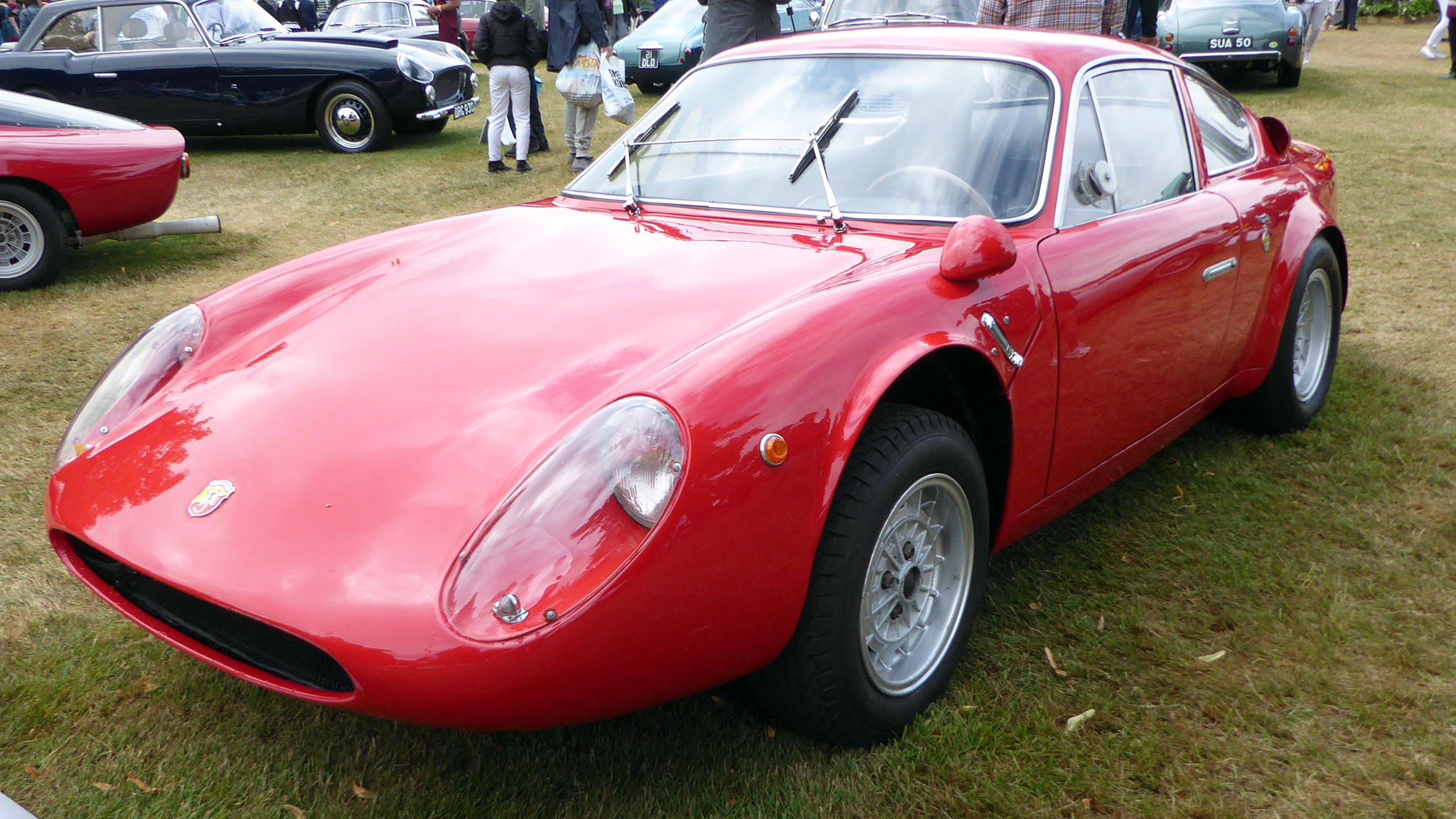 Here’s one of Abarth’s deviations from Fiat, a French Simca-based sports racing coupe. Though the bodywork looks very similar to the Fiat-derived Monomile and Bialbero models, this 2000 GT coupe develops roughly 210 horsepower from the rear-mounted Simca 2.0-liter four cylinder engine. Weighing in at around 1,500 pounds with small and slippery bodywork, this car will take its driver to 170 mph in sixth gear with enough road. 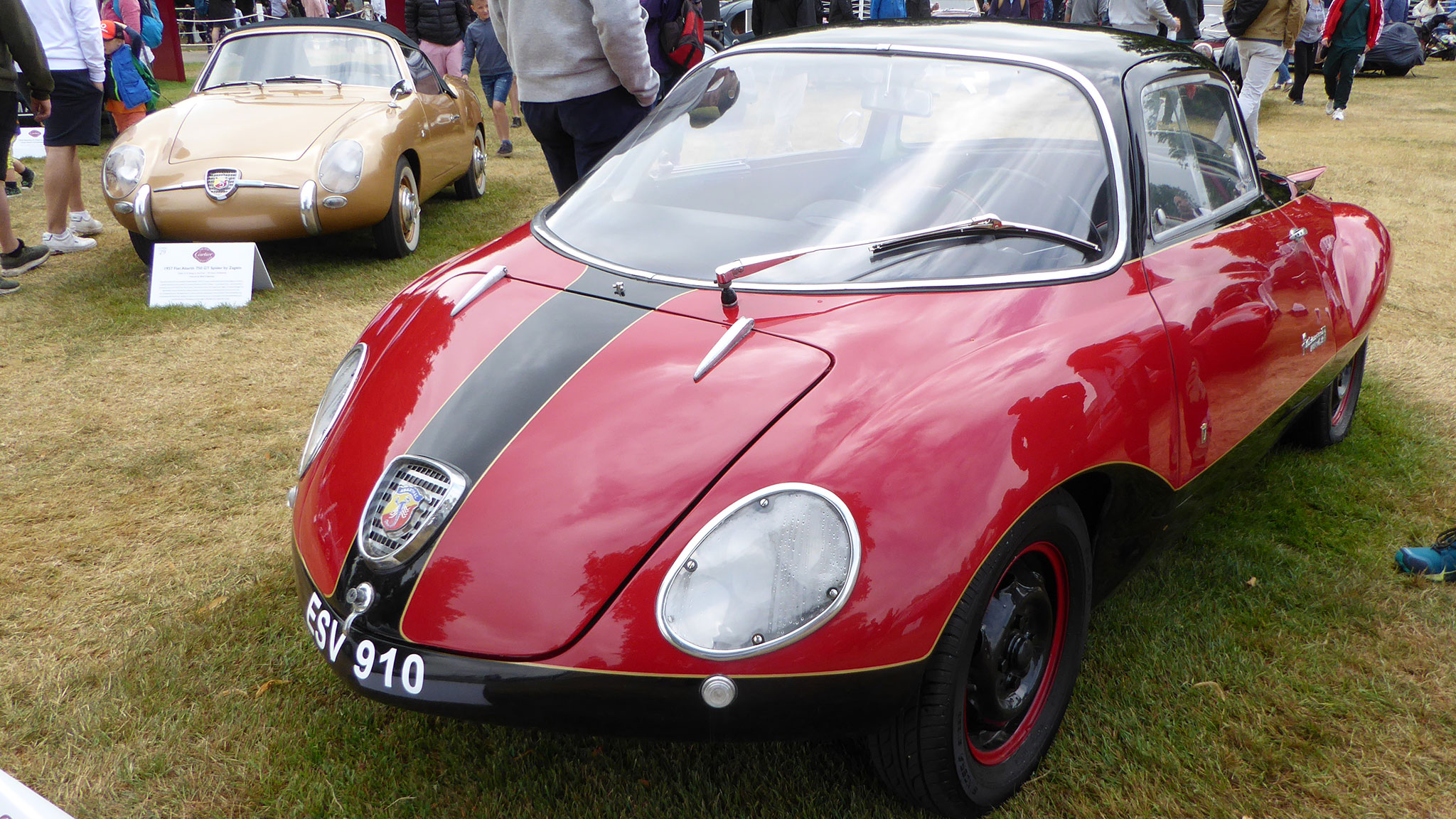 It may look like something you’d whack with a rolled up newspaper, but this little experimental Abarth was a Fiat 600–based rear-engine car of which just two are known to survive. This particular car raced at Monza in 1957, then the Targa Florio in the same year and in 1958 before being discovered in a derelict state in Malta in the 1980s and subsequently restored in the U.K. After Abarth founded his tuning and race shop in Italy in 1949, this very 205 Monza was the first car to be produced. Styled by Giovanni Michelotti in late ’49 and finished in April of 1950, there wasn’t even time to put paint on this 205 Monza before it was entered in its first race, the 1950 Mille Miglia, a thousand-mile open-road competition. The car’s steel chassis and alloy bodywork was restored more recently, and the silver paint is an homage to the color of the car’s originally naked aluminum panels. 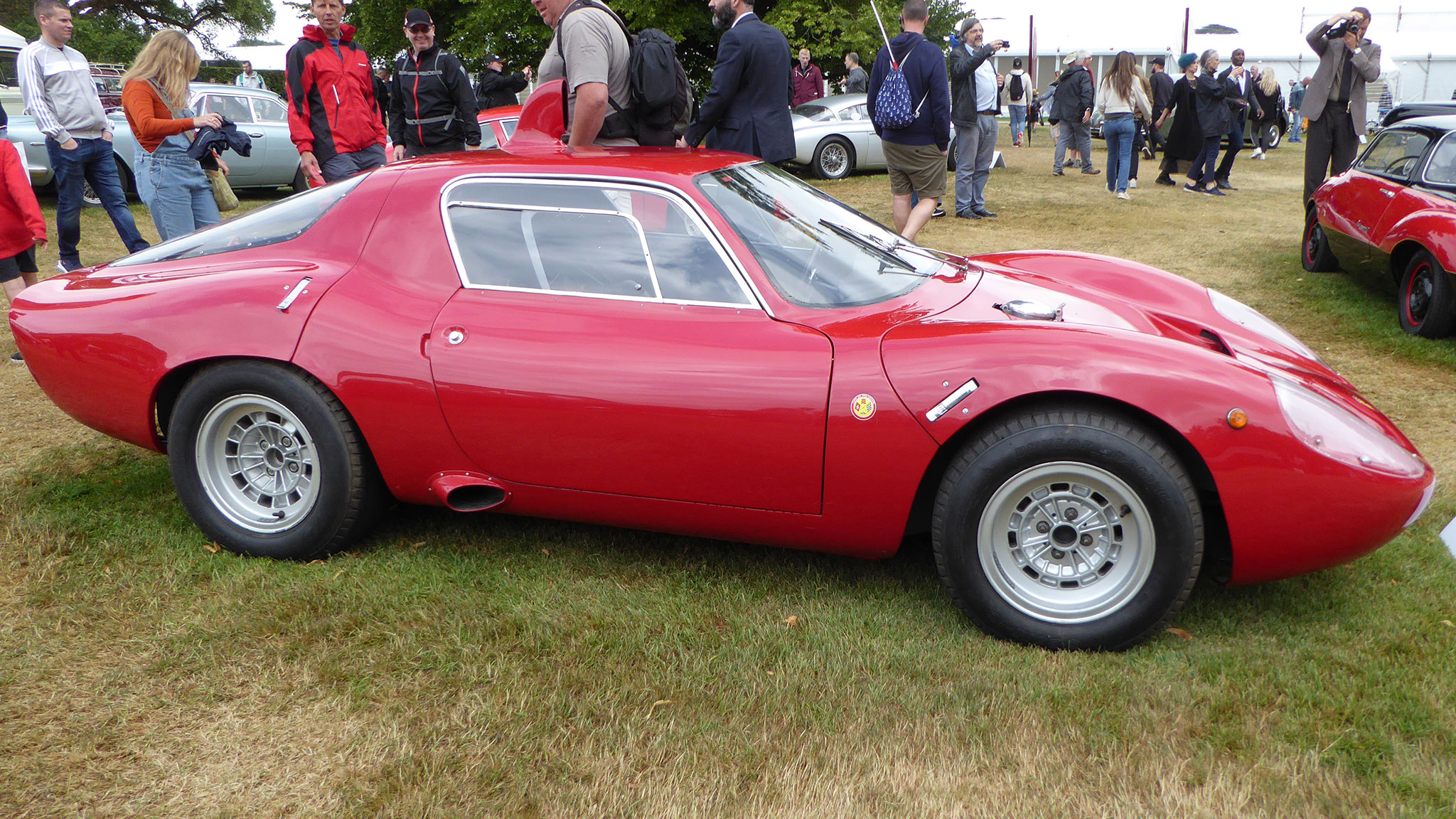 How far did Abarth go to get power out of relatively pedestrian engines? Consider that this OT 2000 ‘Periscopo’s 215-hp, 2.0-liter four was evolved from a 37-hp Fiat 850 engine, with a displacement of 0.8 liters. This is one of Abarth’s most sensational-looking cars, with its high-mounted periscope-style air intake towering above the roofline. Just imagine the speedometer needle passing 160 mph while you’re behind the wheel, something its drivers of the day, including former Formula 1 ace Jochen Rindt, saw regularly. 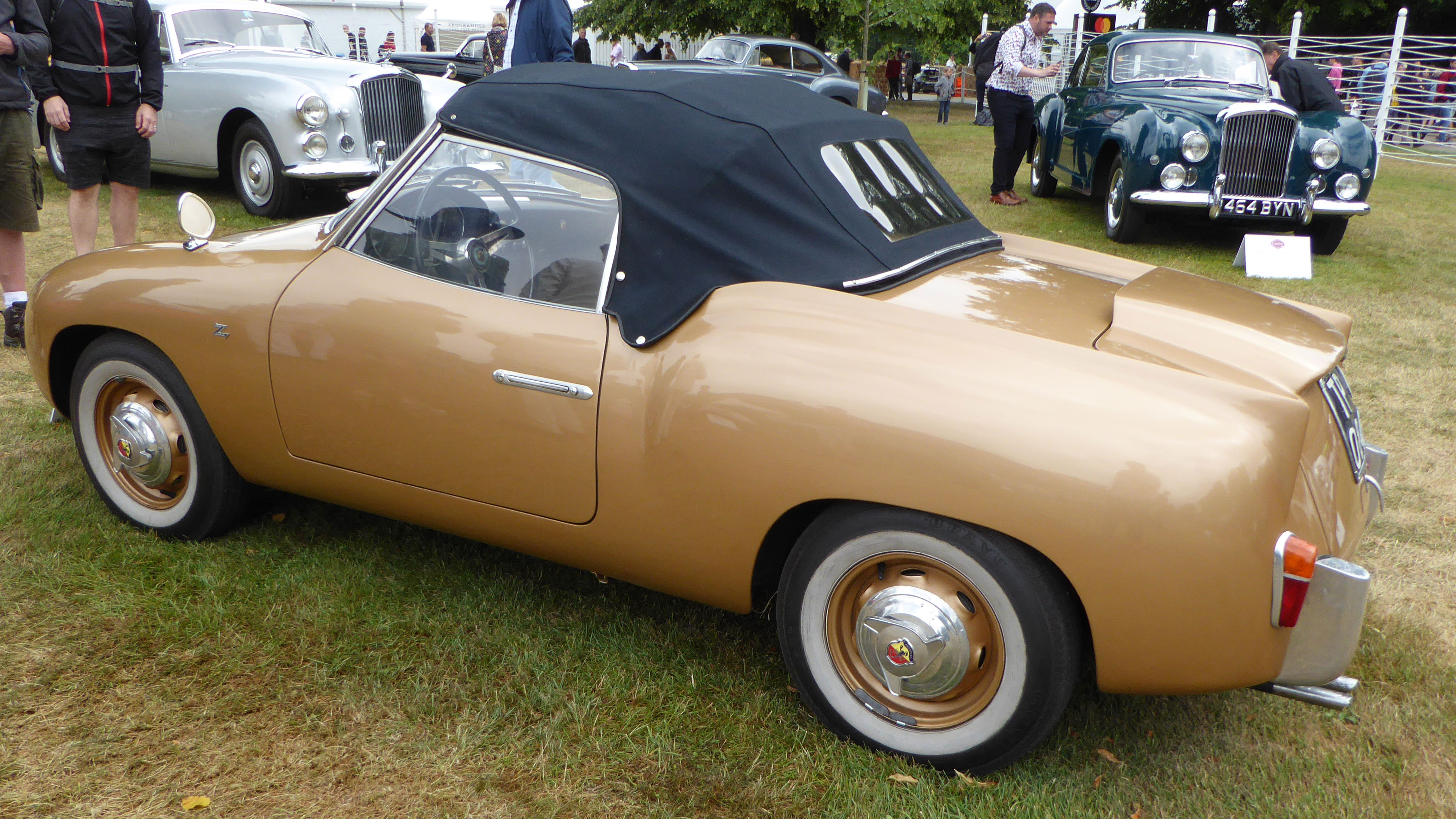 At first glance, we thought this 750 GT Spider was one of the more common Allemano-bodied versions, but indeed its somewhat awkward details reveals it to be of Zagato design. Based on the famous ‘double bubble’ 750 GT Zagato coupes, just six Spider versions were built as an experiment due to the popularity of the coupe. Graceful it’s not, but rare? You betcha. 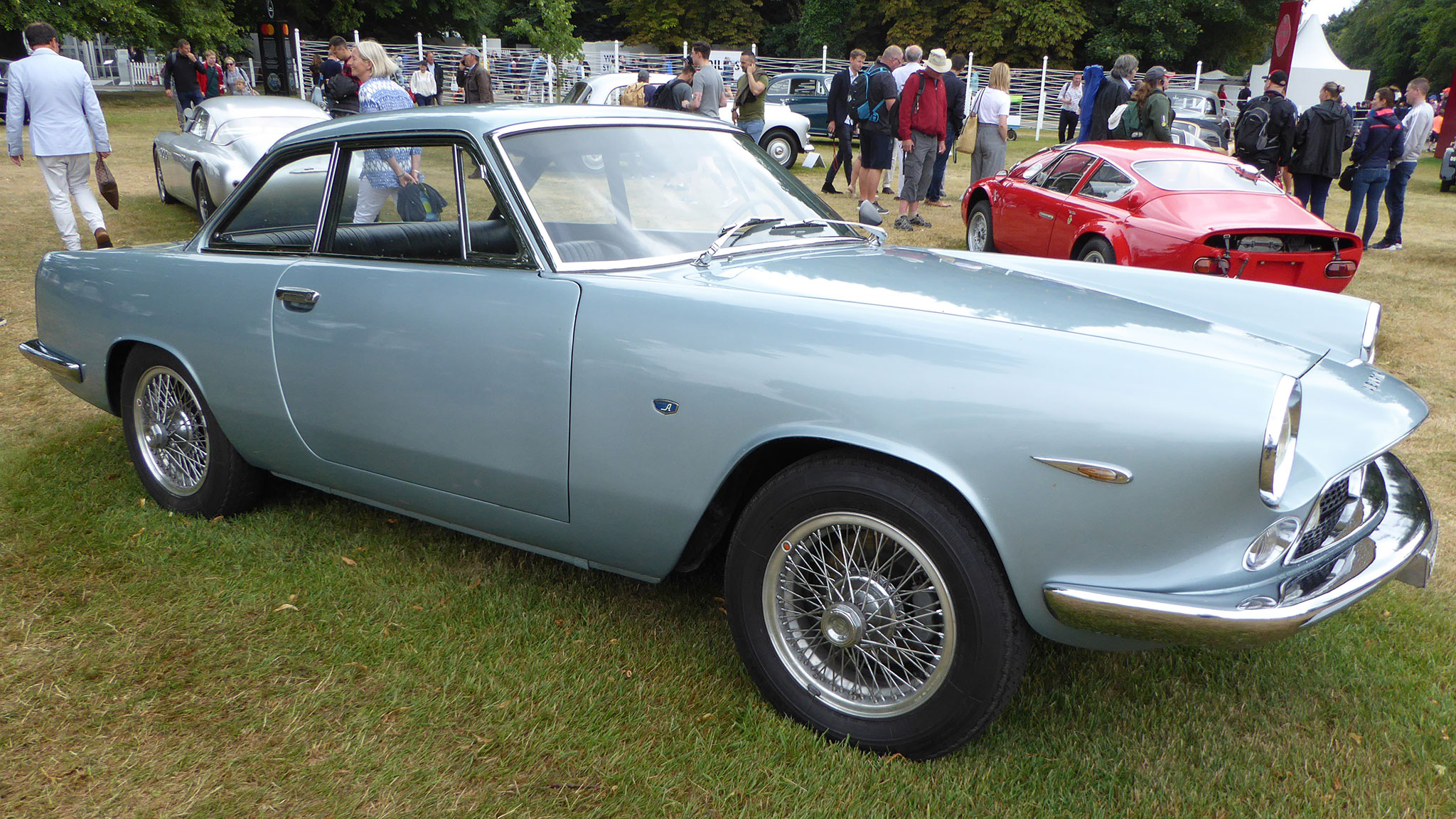 Ok, so we lied. While the vast majority of Abarth’s creations were tiny, there were the occasional exceptions like this Allemano-bodied Fiat Abarth 2400 Coupe. With lightweight aluminum body panels and a 2.4-liter, six-cylinder engine producing 157 horsepower in Abarth trim, the 2400 was no slouch, and it offered plenty of room for luggage or small children in the classic ‘2+2’ style rear seats. This would have competed with similar four-seat coupes, like the Lancia Flavia and Alfa 2600 Sprint—a true gentleman’s transport. Which is probably why Abarth himself chose this very car as his regular driver in 1965. 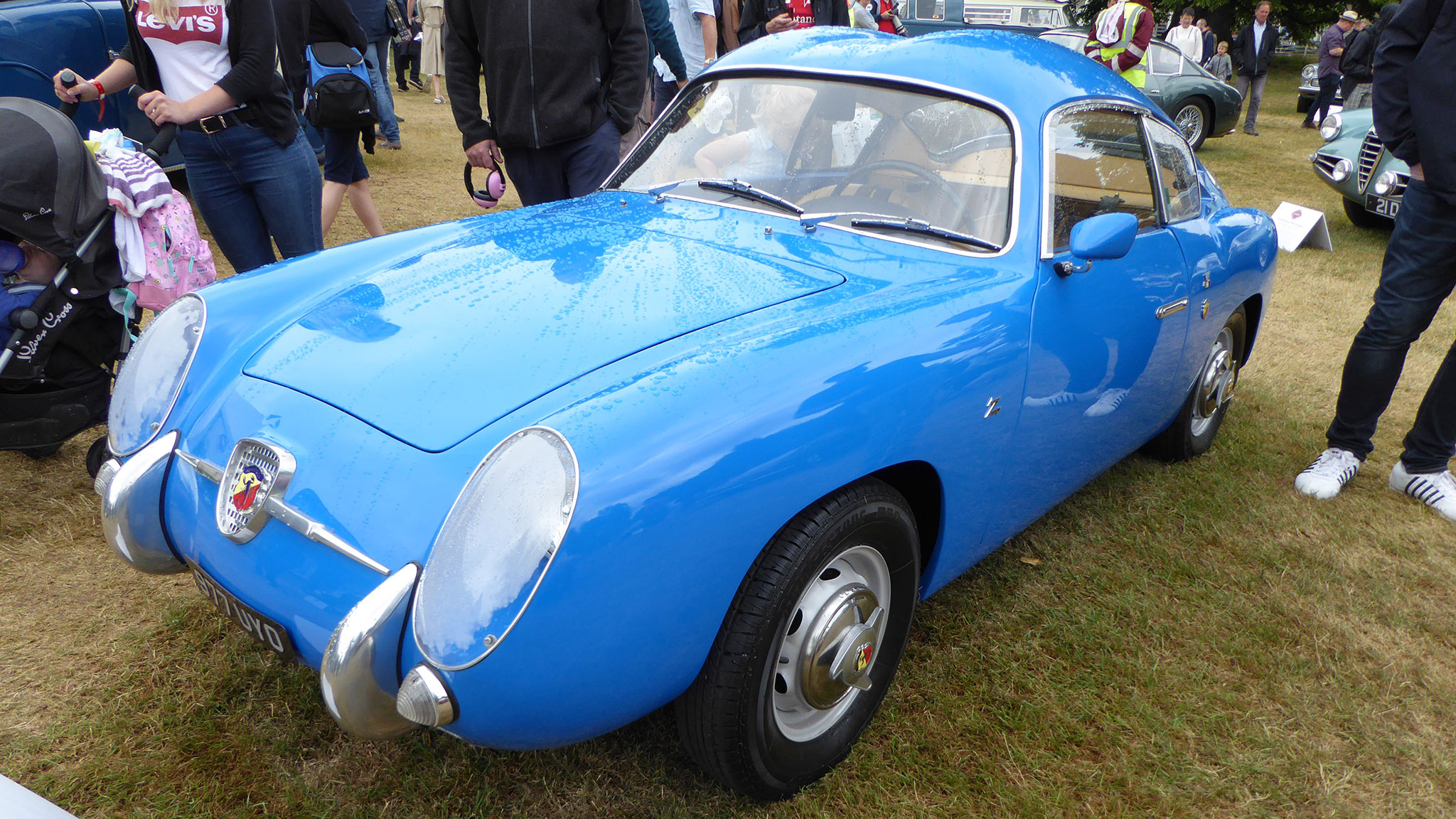 And here’s the coupe version of the 750 GT Zagato we saw earlier. Certainly, the double-bubble roofline helps resolve this small car’s aesthetics a bit better than the droptop version, even if they comparatively made a ton of coupes. Most often, when someone says they owned or raced a vintage Abarth, this is what they were talking about. As Abarth’s volume model for a time, the 750 GT Zagato won 31 class victories in international racing in the 1956 season. This car was originally sold in the U.S. by official Fiat-Abarth importer Franklin D. Roosevelt Jr., yes, the former U.S. president’s son. 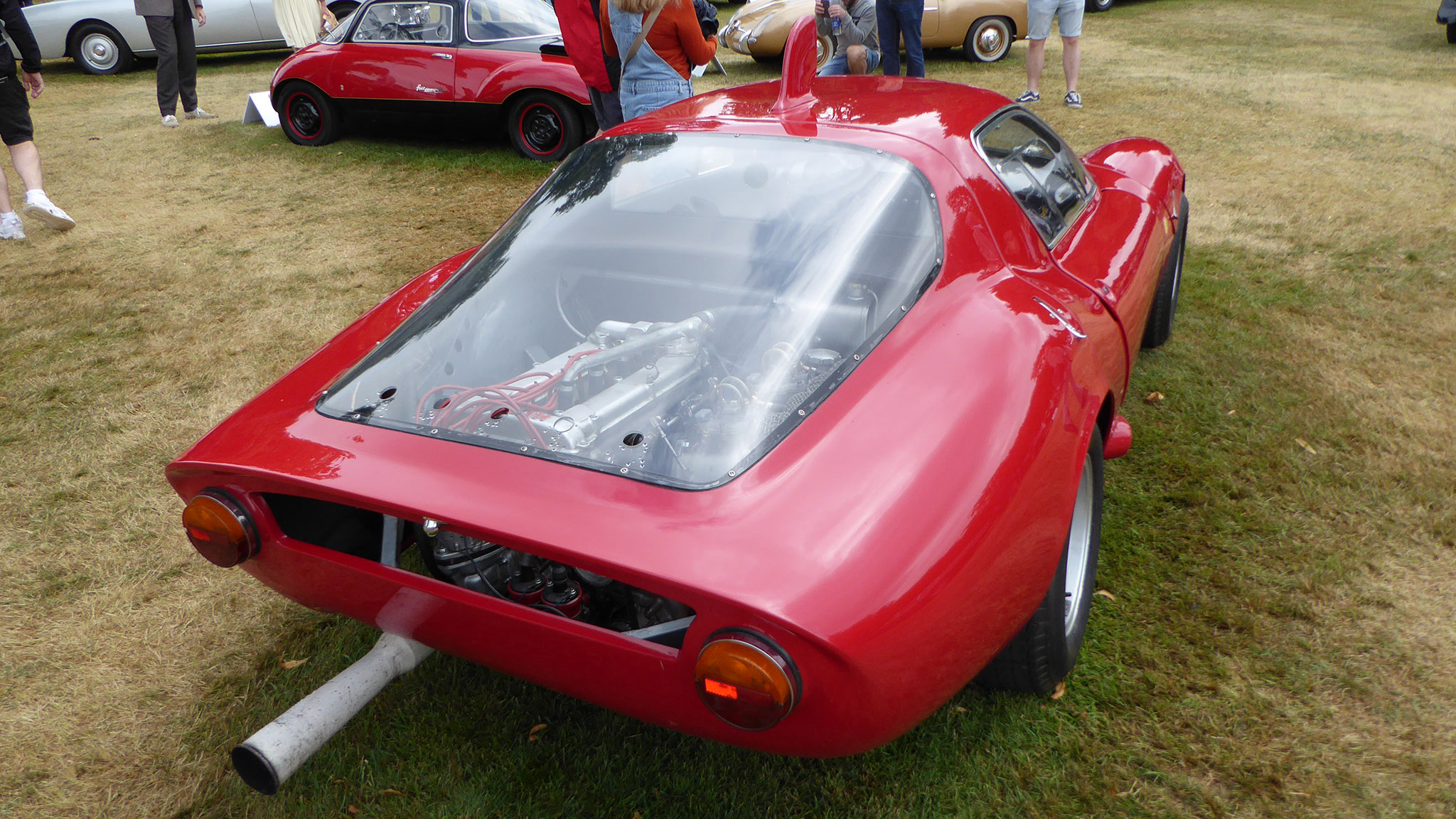 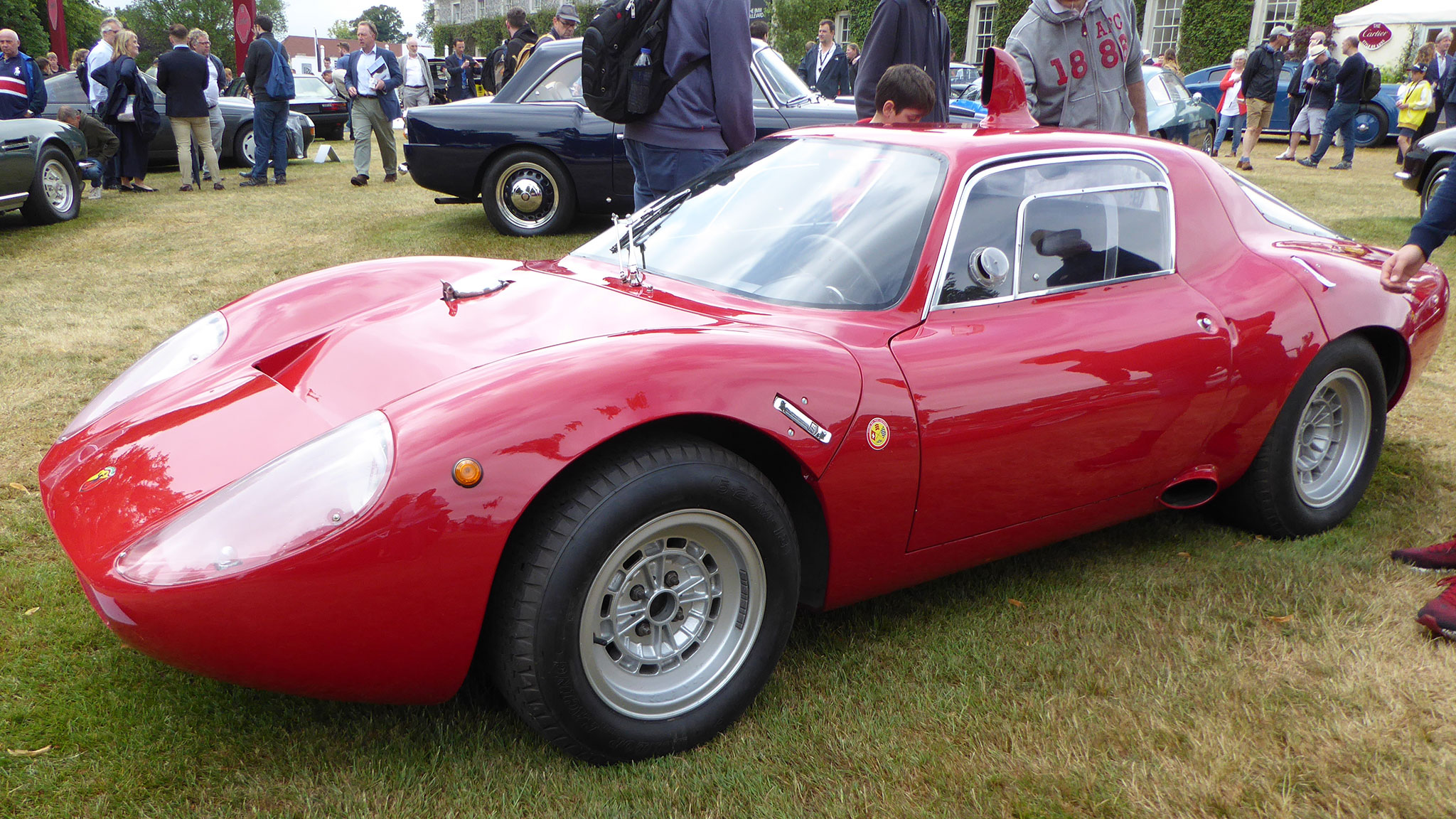 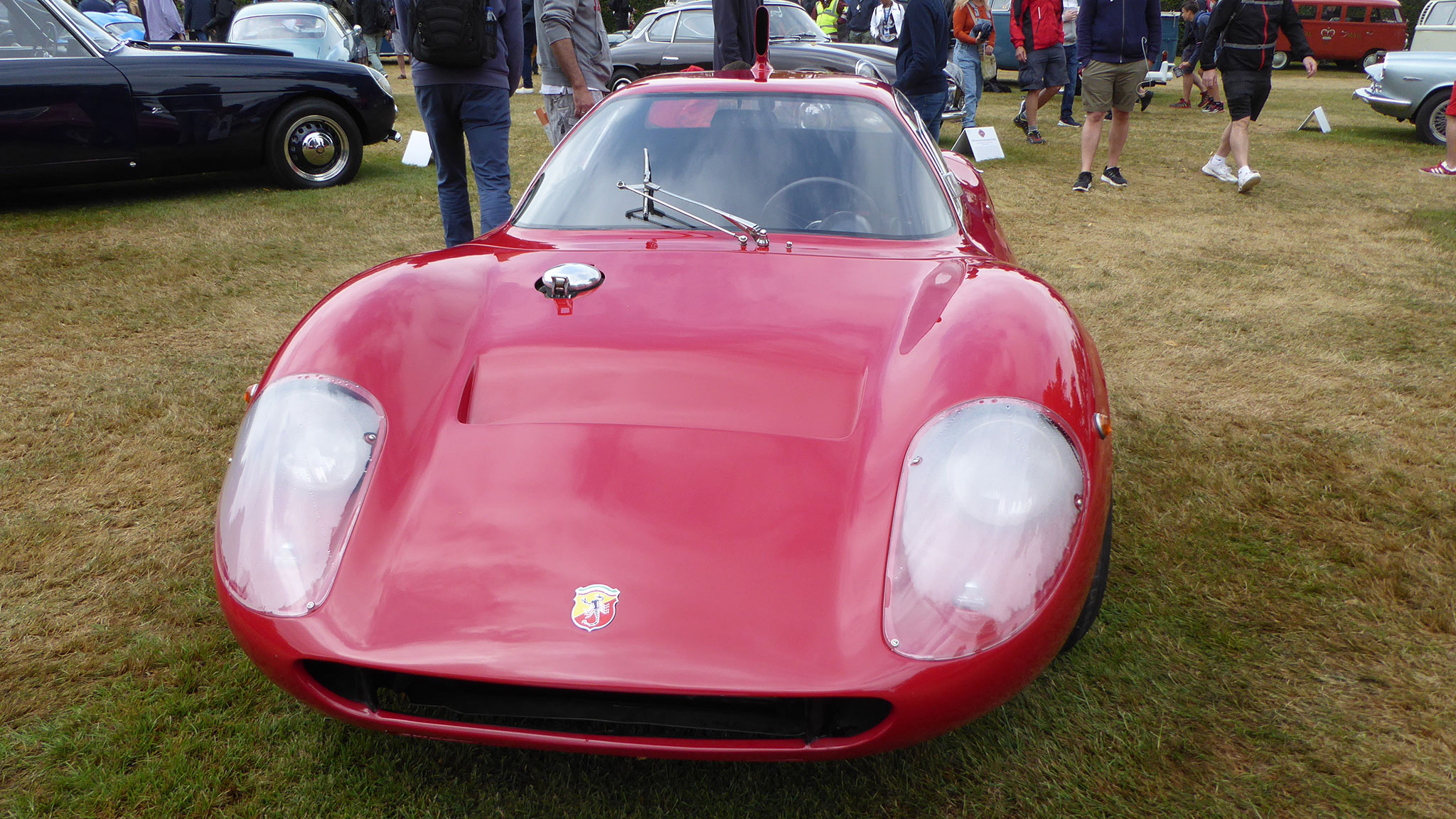 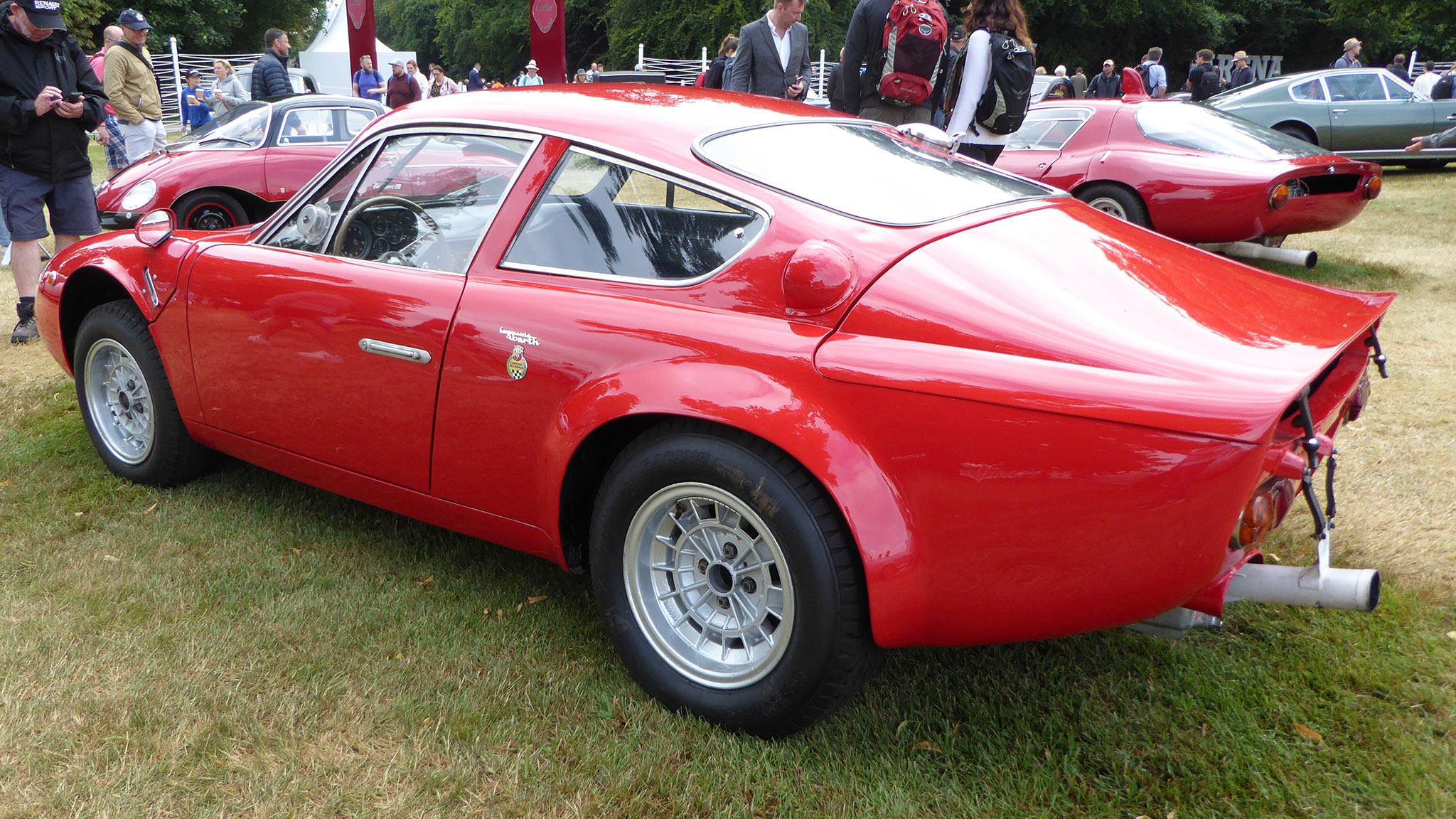 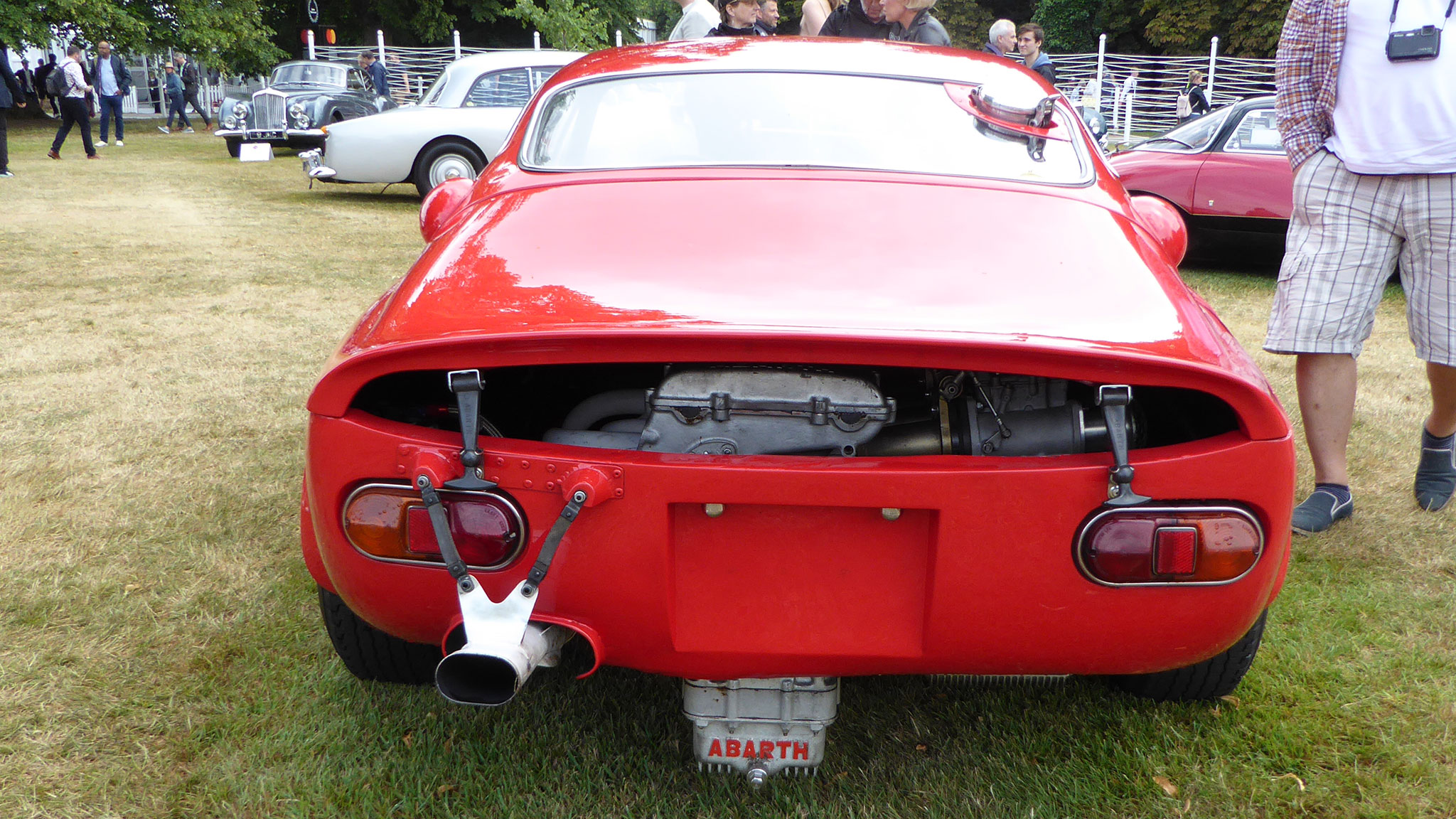 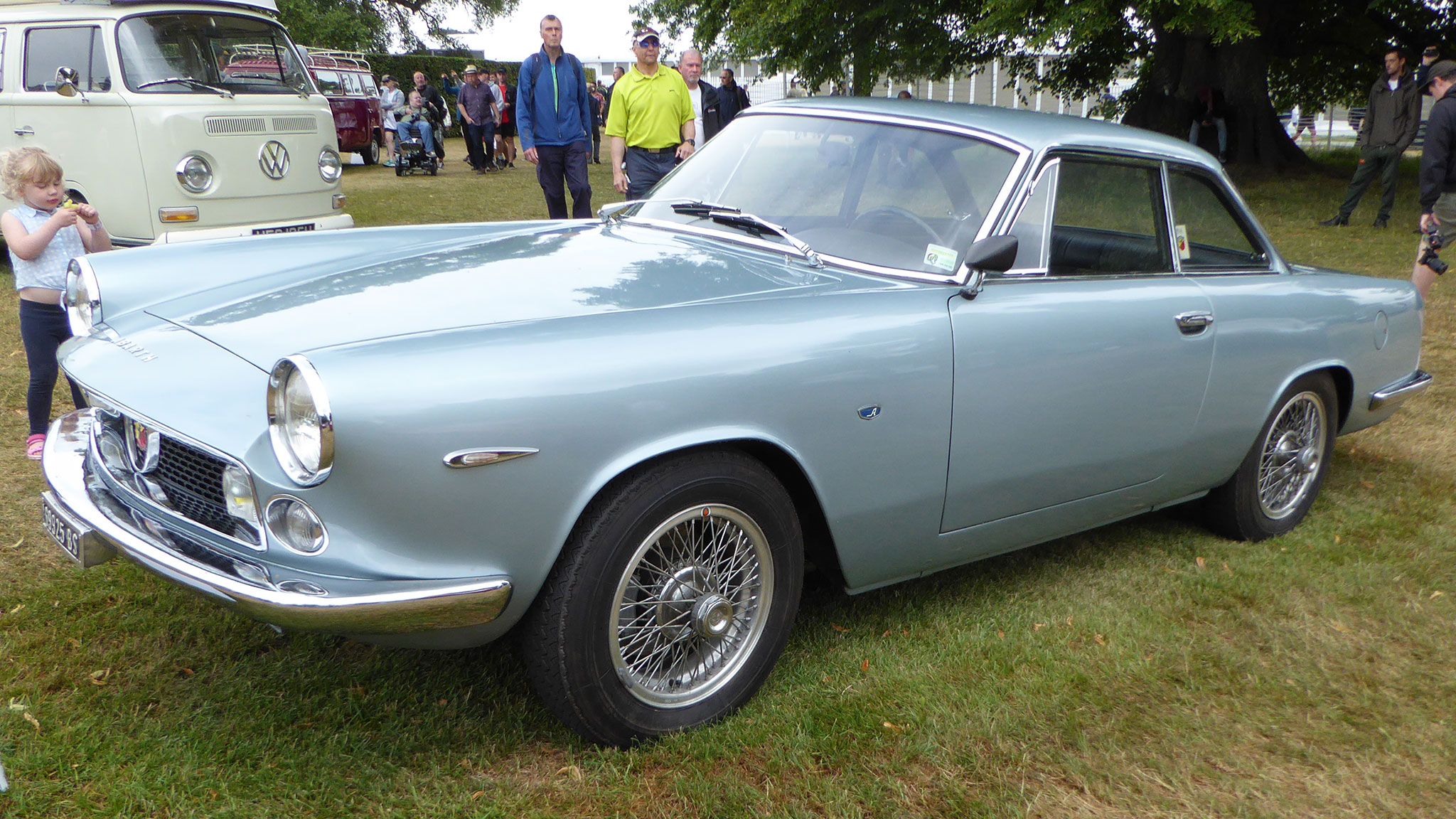 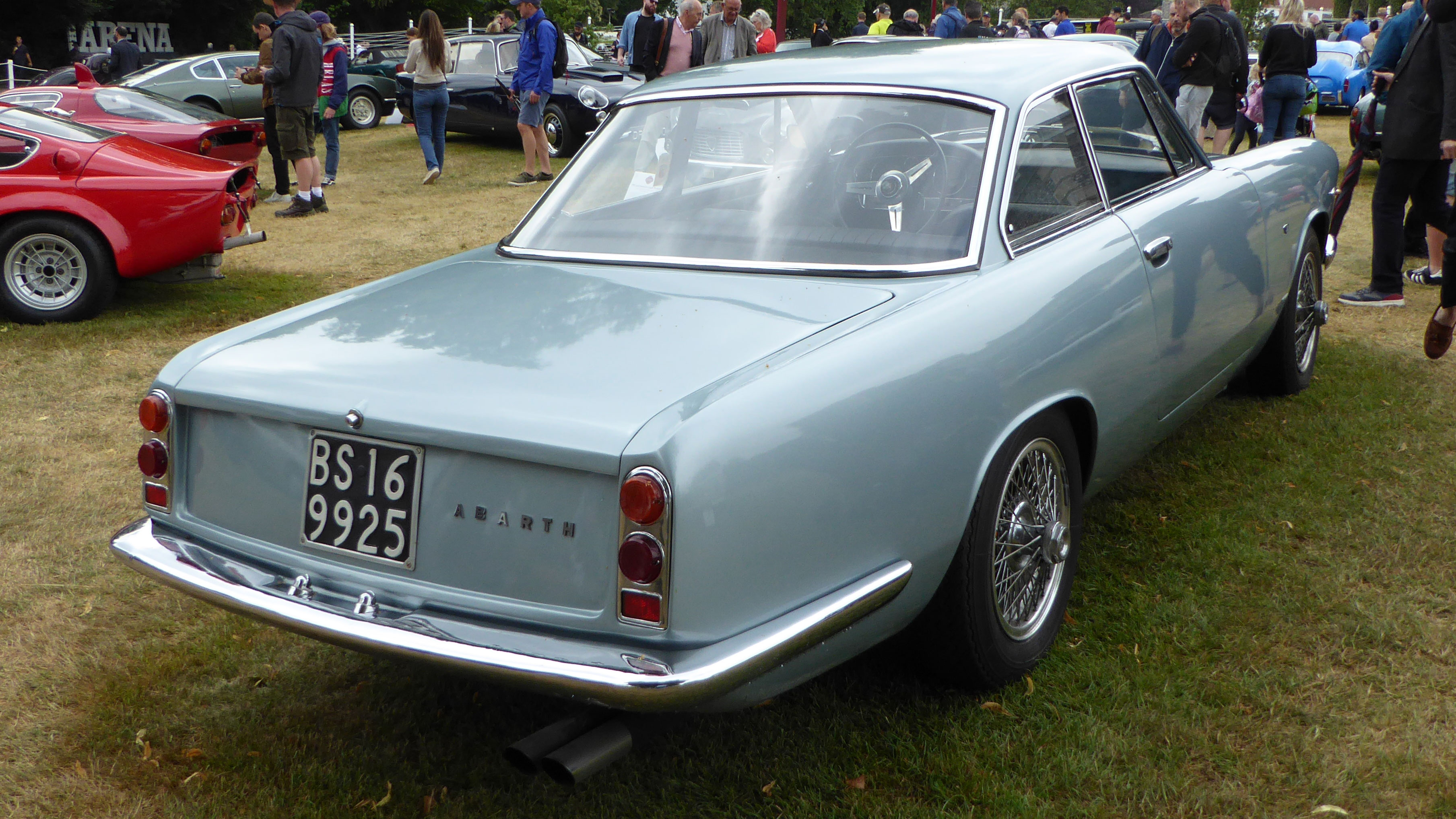 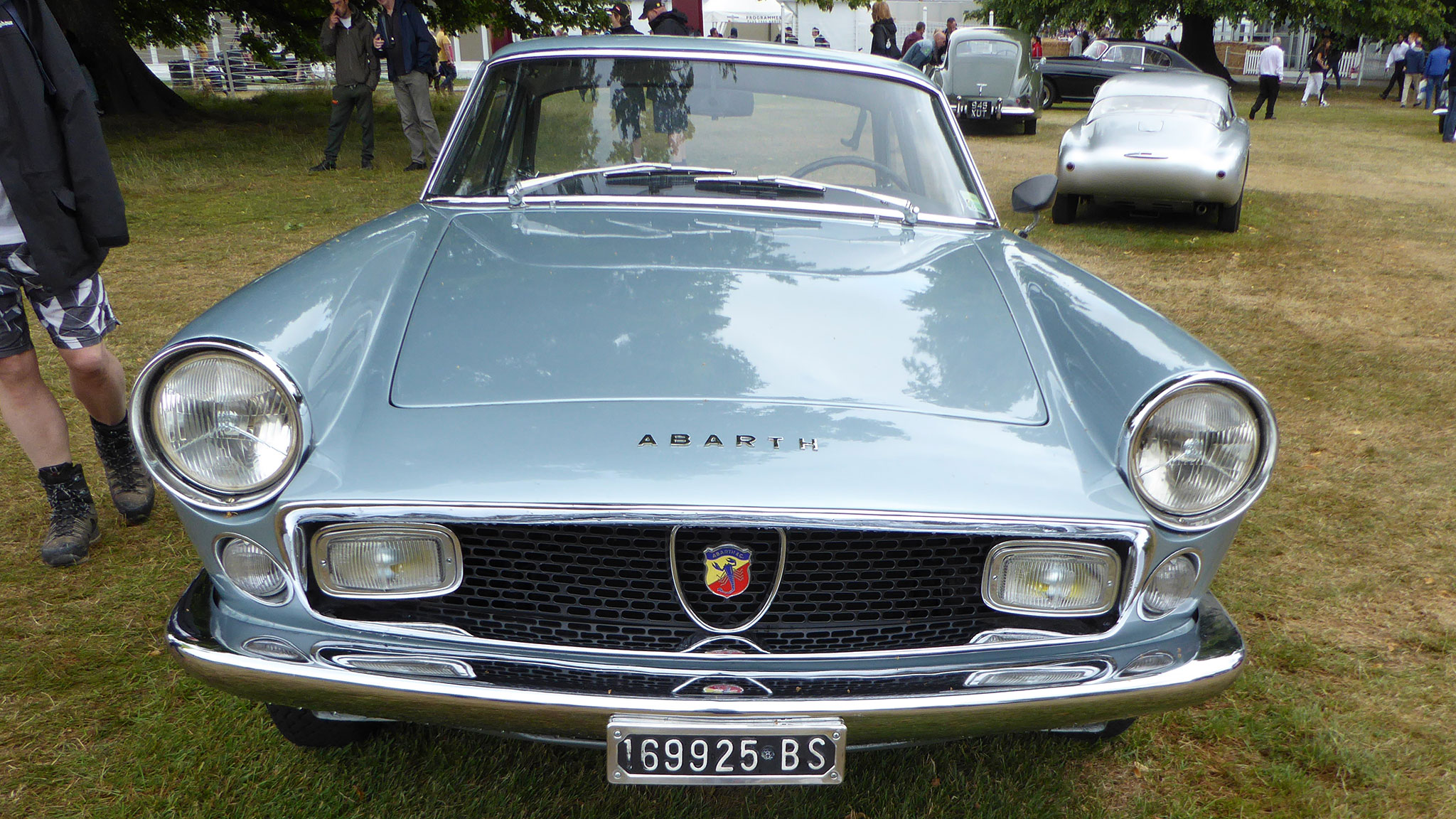 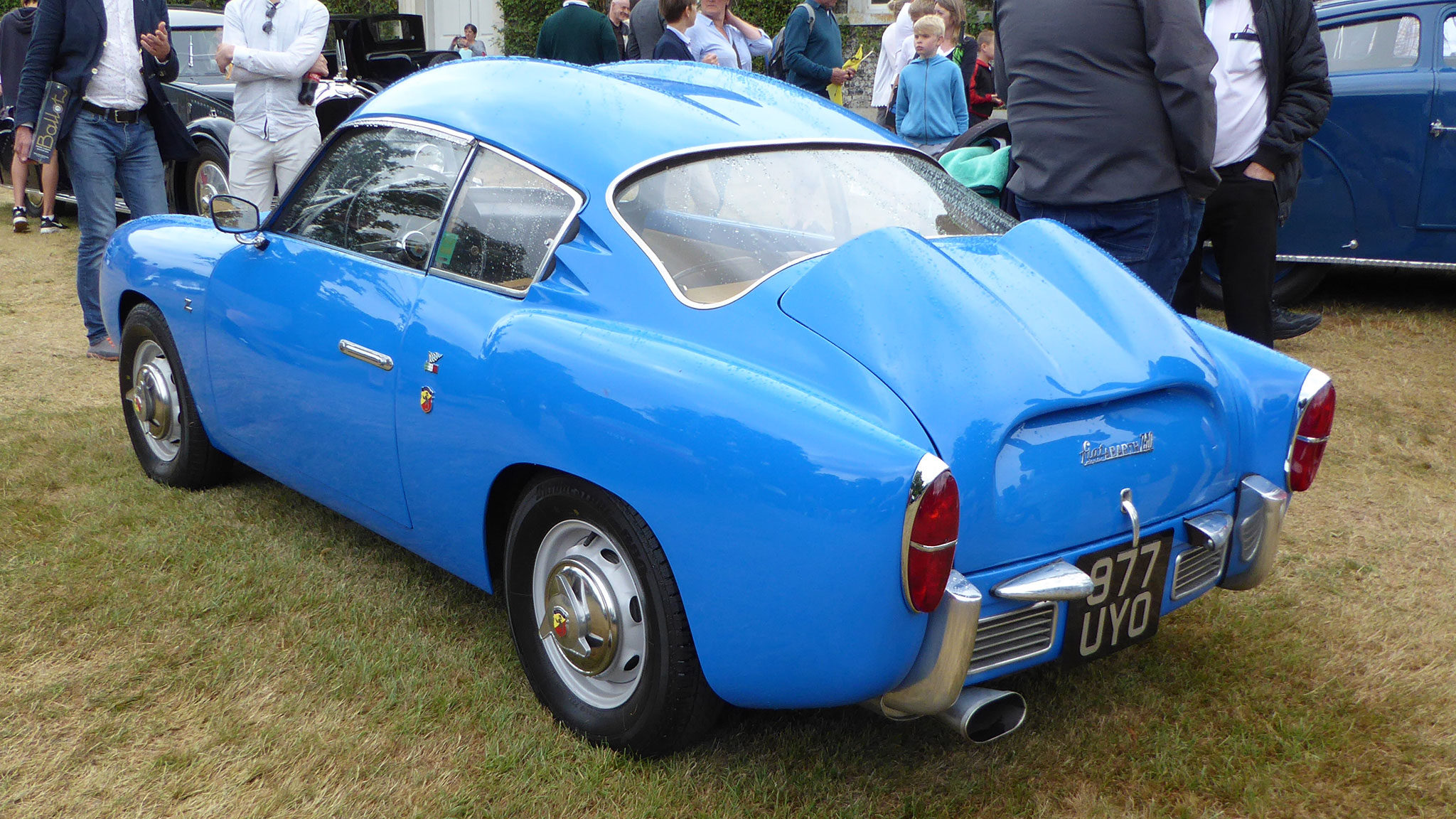 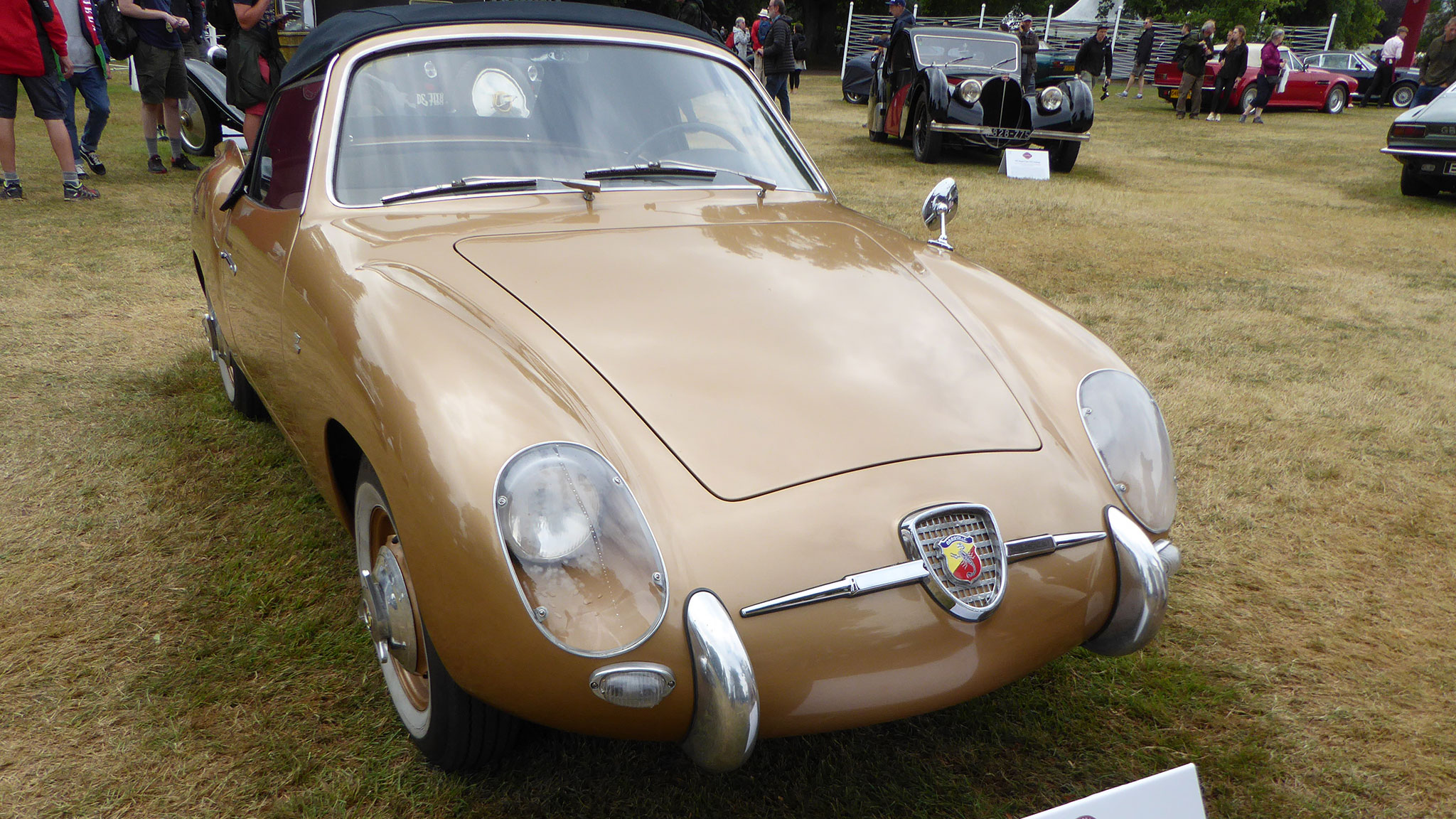 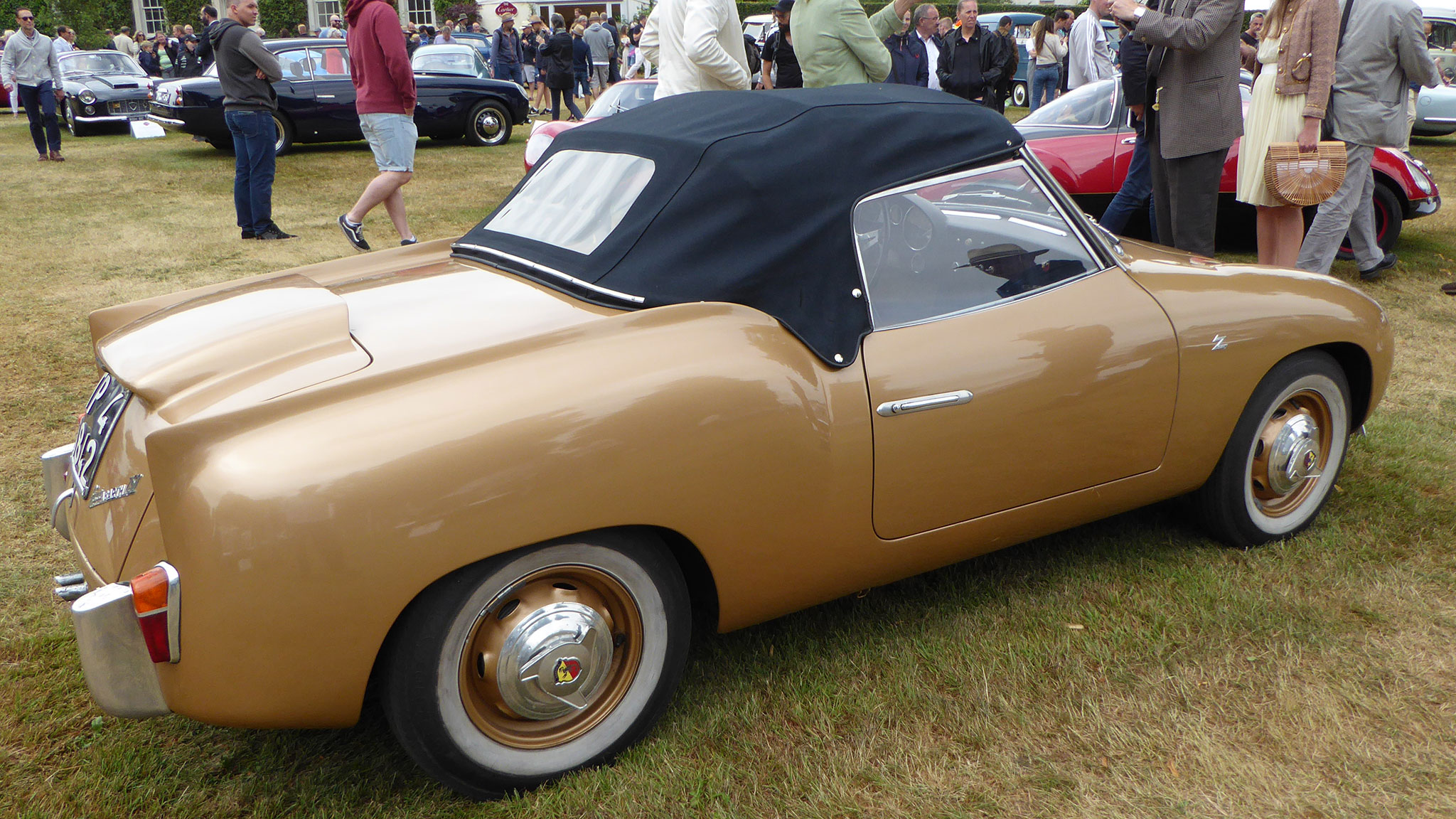 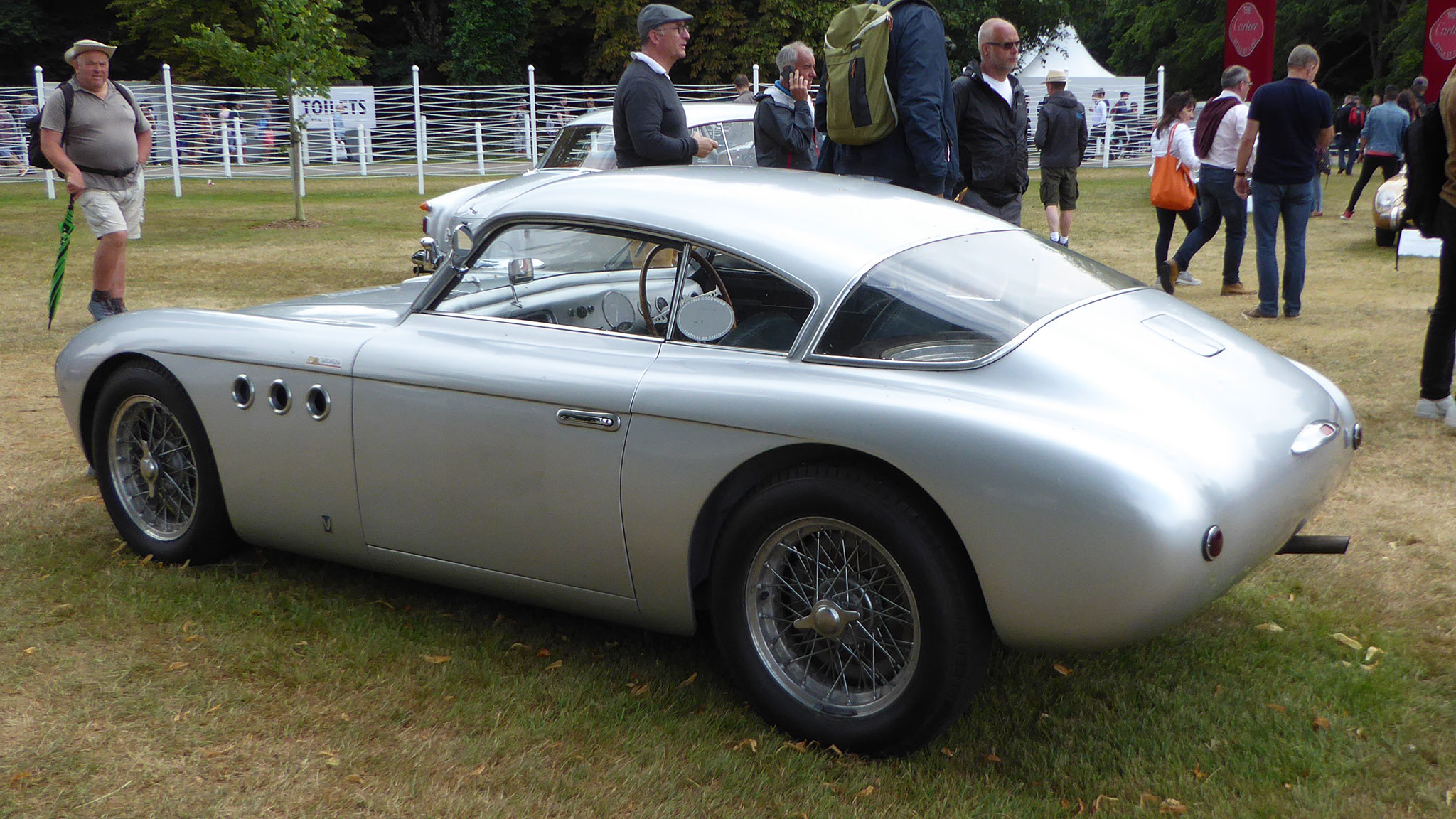 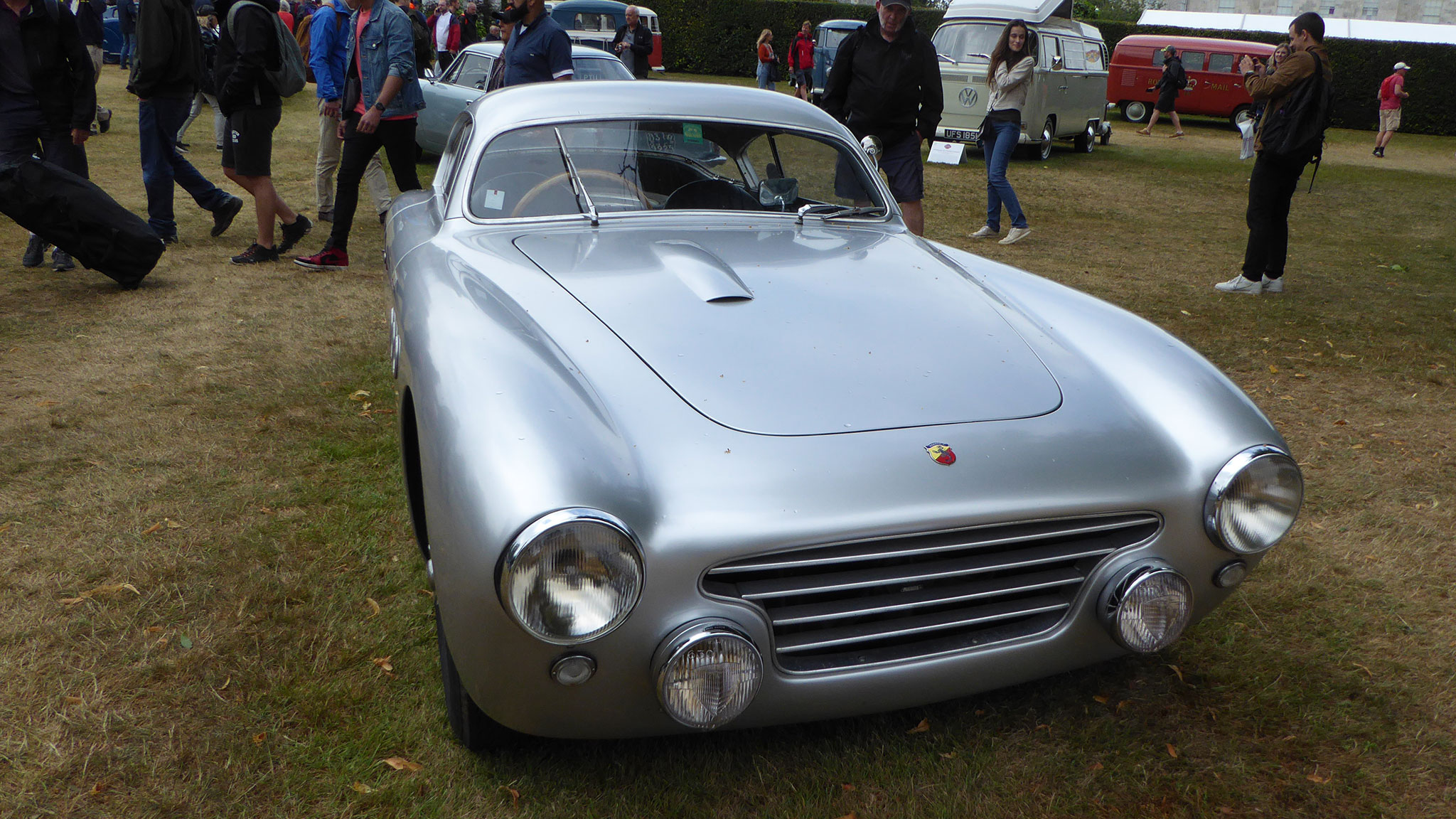