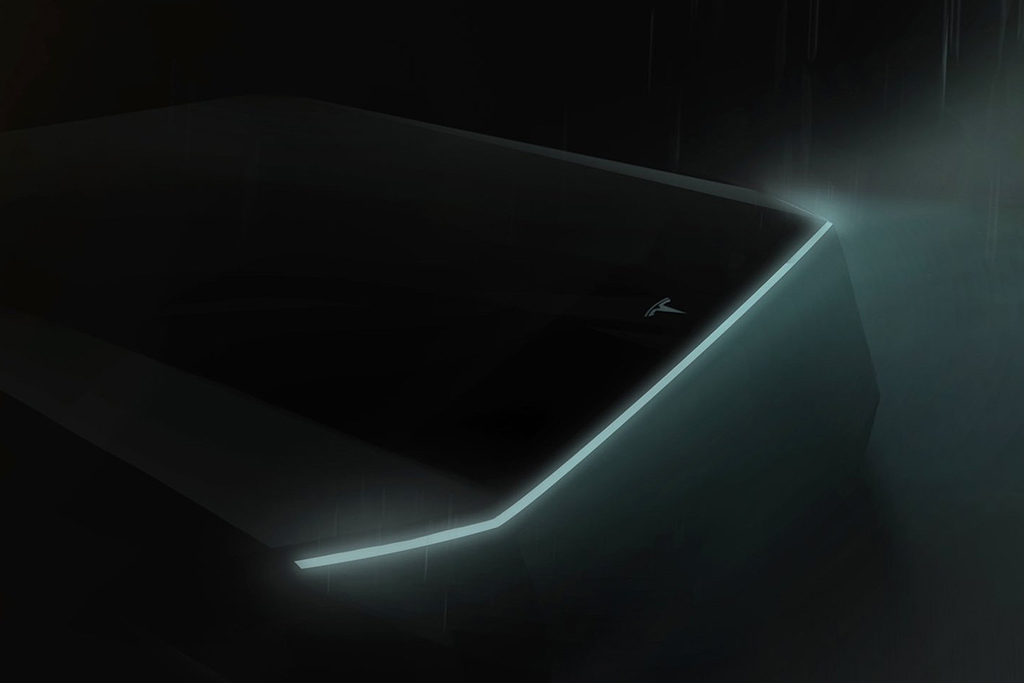 Tesla is targeting none other than the Ford F-150 — the best-selling vehicle in the U.S. — with its upcoming electric pickup truck. That’s according to Elon Musk, the company’s founder and CEO, who had plenty to say during a recent interview on the Tesla-themed “Ride the Lightning” podcast.

During the approximately hour-long conversation, Musk talked about everything from the upcoming Tesla pickup truck to the Model Y SUV — and even onboard gaming (only when the car is parked, of course).

Keep reading to find out everything you need to know about the latest in all things Tesla.

A $49K Tesla Pickup Truck? We Shall See 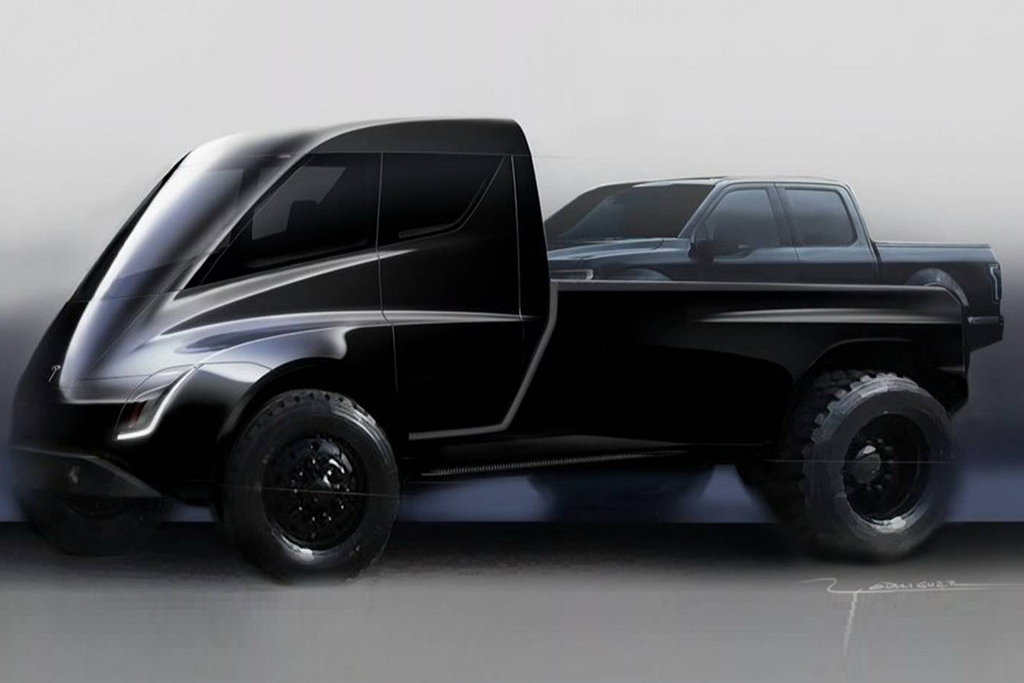 We know, the term “game changer” itself is overhyped and used to describe everything from talented sports superstars to artisanal grilled cheese sandwiches. In the case of Tesla’s upcoming pickup truck, however, the term could prove to be apt. That’s because electric vehicles allow for a high degree of flexibility when it comes to packaging. Put simply: Without a traditional gas-powered engine occupying the entire front of the vehicle, you can expand the cabin, move cargo areas and just generally create cars that deviate from the norm.

In his podcast interview with “Ride the Lightning,” Elon Musk said Tesla’s future pickup truck is going to break the mold — without breaking your budget. He confirmed the company’s future electric pickup will have a starting price of less than $50,000.

While that’s not exactly chump change, it would position Tesla’s pickup squarely against high-end trim levels of the Ford F-150, Chevrolet Silverado 1500 and Ram 1500. (Musk will have to forgive car shoppers hoping to nab one of those elusive $35,000 Tesla Model 3s for expressing a healthy skepticism at this latest pricing claim.)

Apparently, an electric powertrain won’t be the only thing separating Tesla’s creation from traditional truck rivals.

“It won’t look like a normal truck, so it’s gonna look pretty little sci-fi,” Musk said. “That means it’s not going to be for everyone. Like, if somebody just wants to have a truck that looks like trucks have looked for the last 20 years … then this probably isn’t for them.” 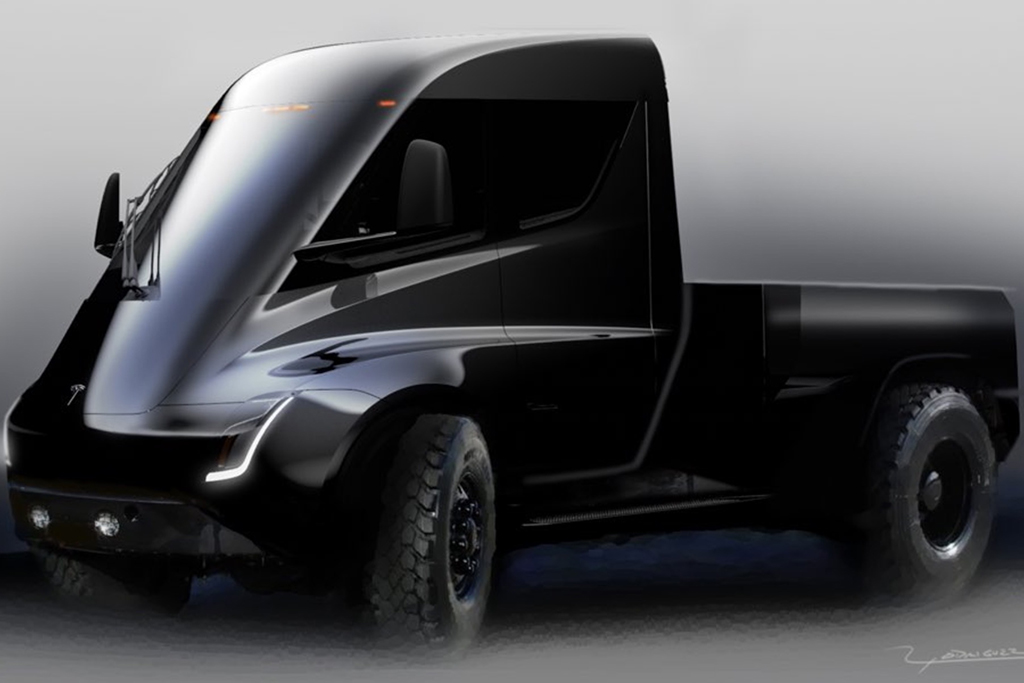 Musk referred to the exterior design as being “Blade Runner” in terms of its overall look, though he didn’t elaborate on details.

Musk wasn’t shy about taking aim at two very different icons of the truck and sports car world, comparing the Tesla pickup to the Ford F-150 and Porsche 911.

“It’s gonna be truck that is more capable than other trucks,” he said. “The goal is to be a better truck than an F-150, in terms trucklike functionality, and be a better sports car than a standard 911. That’s the aspiration.”

Musk clarified the one teaser image released of his company’s future pickup is a photo of the front of the vehicle. With that in mind, the apparent light bar spanning the width of the front end bears a resemblance to the design used on the Rivian R1S SUV and R1T pickup.

Oh, and does anyone remember which major automaker just invested $500 million into Rivian? That would be Ford … maker of the F-150. 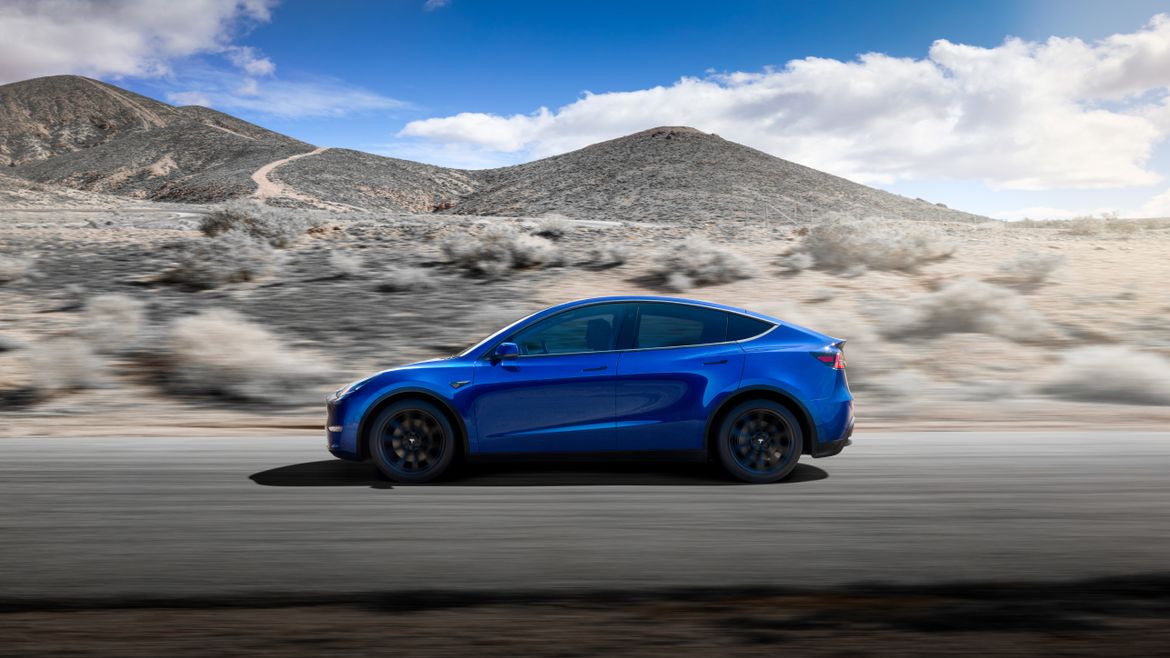 Musk also referenced the Model Y SUV in his interview and mentioned that production likely will take place at Tesla’s factory in Fremont, Calif. While several reasons were given for this choice, Musk conceded a big factor in the decision is the abundance of parts the Model Y shares with the Model 3 sedan, which is presently built at the Fremont factory. The commonality of parts and powertrains should make it simpler for Tesla to tool up production and avoid the kinds of delays that plagued the Model 3 launch.

Set to enter production next year, the Model Y will be available in rear- and all-wheel-drive format. The base long-range version, which will be produced first, has a starting price of $47,000 and is capable of driving 300 miles for every recharge. At the top of the range, the Model Y in Performance trim can travel 280 miles per charge, has two electric motors, all-wheel drive and needs only 3.5 seconds to accelerate from zero-to-60 mph. 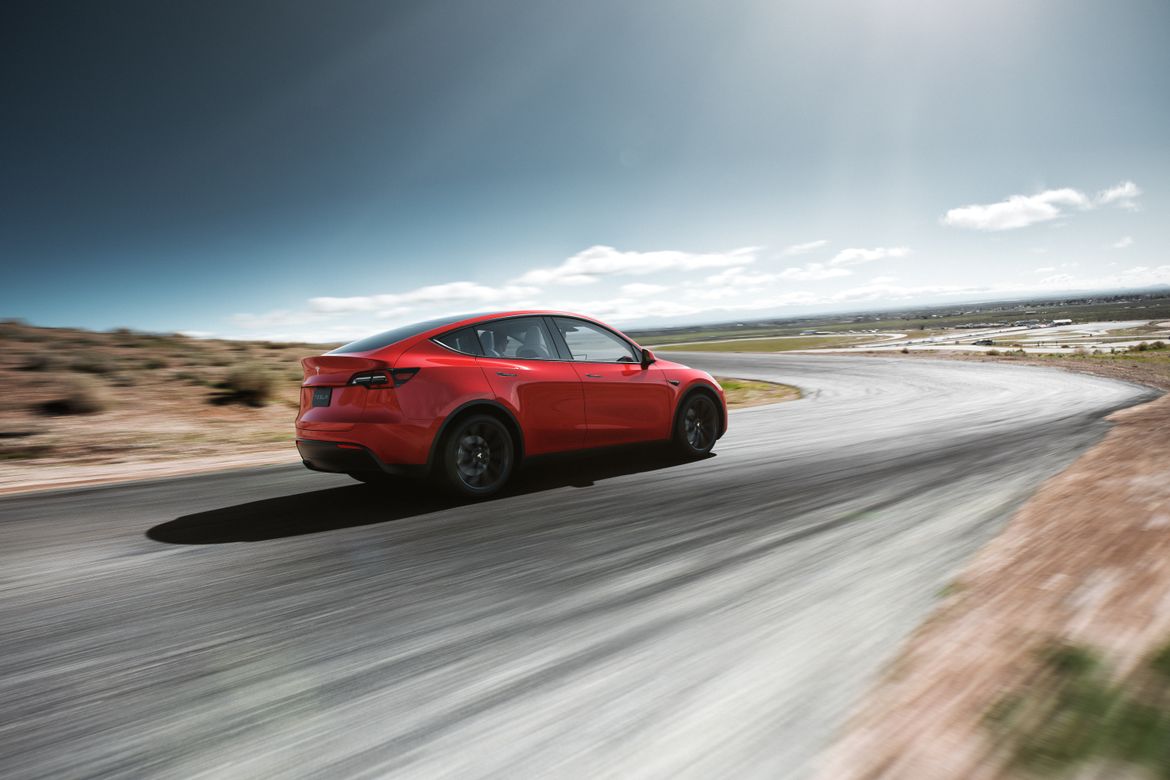 In-Car Gamers, Your ‘Cuphead’ Runneth Over

Musk also revealed a new addition for those times when you’re stuck sitting in your car with nothing to do but stare at your phone. “Cuphead,” an elaborately designed and notoriously difficult shooting game, will now be available to play in every Tesla vehicle. The game itself looks very much like a 1930s-era cartoon, with gorgeous graphics and outrageous characters. Without giving things away, the plot is a lot darker and far more twisted than you might imagine given the game’s cutesy first impressions.

Until now, Tesla owners have had to content themselves with playing vintage Atari games in their cars and SUVs. And in case you’re wondering, “Cuphead” can only be played when a Tesla is parked.

OK, we couldn’t help but mention a quick update about the Tesla Roadster sports car. The good news is that Elon Musk confirmed the vehicle is out to make gas-powered supercars from the likes of Ferrari and McLaren look obsolete. The bad news is that production will be limited to no more than “10,000 vehicles,” and production is, according to Musk himself, going to be “dessert” for the brand. That likely means ramping up production of the Tesla pickup truck and Model Y SUV are far higher priorities right now.