De Tomaso returned at the Goodwood Festival of Speed earlier this week with this, the P72. The limited-run supercar pays homage to an obscure part of the brand’s history, going old-school in a surprising way: with three pedals.

Yes, for the relative bargain of 750,000€, owners will receive a car that does more than just look like a ’60s prototype racer; it’ll shift like one too.

The P72 draws inspiration from the short-lived De Tomaso P70. A collaborative effort between company founder Alejandro de Tomaso, Carroll Shelby, and designer Peter Brock, the P70 was meant to race. However, after Shelby left the project for Ford’s GT40 program — the subject of the upcoming Ford v. Ferrari movie — de Tomaso took his project to coachbuilder Ghia. Rechristened the Ghia DeTomaso Sport 5000, it made its public debut at the Turin Motor Show in late 1965. 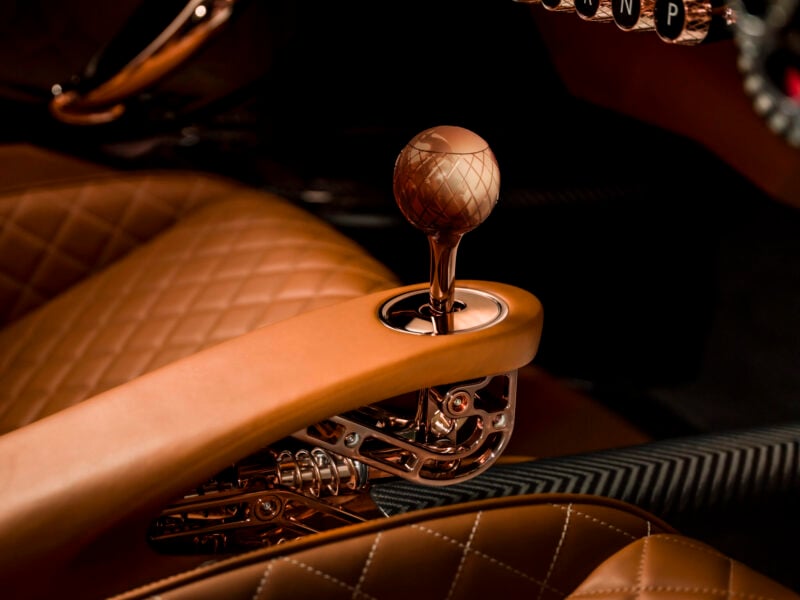 The following July the P70 took part in its one and only race: it retired on the opening lap.

The P72 will instead focus on the road-going experience. It shares its platform with the hardcore Apollo Intensa Emozione, a chassis with input from HWA (the team responsible for many of Mercedes’ race cars over the past few decades). There’s no word on powerplant or number of gears yet, but the Apollo boasts a 6.3-liter naturally-aspirated V12.

The interior certainly looks more suited for comparatively longer journeys than its track-ready sibling, too. It’s all cross-stitched leather and exposed shiny bits, giving the P72 a look not unlike that other extravagant Italian supercar purveyor founded by an Argentinian, Pagani. 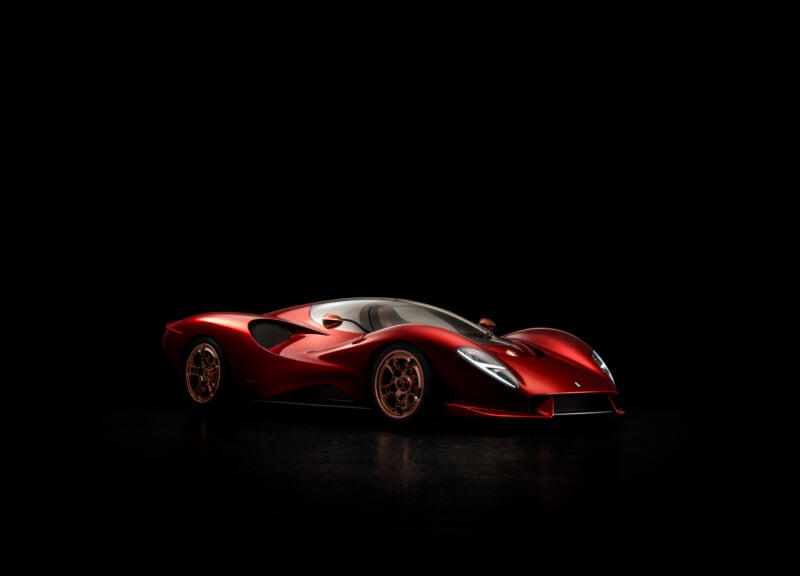 That stunning exterior is the work of Jowyn Wong, the same man behind the Apollo. You wouldn’t know the two cars shared bones and a designer however, as Wong has draped the reborn De Tomaso in flowing curves, complete with the wraparound glass canopy of classic Le Mans racers. It manages to incorporate old-school elements, like the round side mirrors and front emblem cap, without coming off as a retro pastiche. “Unquestionably powerful and sensual from every angle,” says Wong himself, “the P72 truly defines the term modern day time machine.”

Brock, the original designer for the P70, shares his thoughts:

“When I was told this new De Tomaso is an “homage” to my P70 Sports racer I was honored. I had no idea my concept from the mid ‘60s would in any way be influential to a car being presented today. My first impressions of the new DeTomaso are all so positive I hardly know where to begin. The exterior form is so well done it invites you to keep walking around, admiring every subtle detail. In this day of modern super GT’s it’s difficult to stand out for more than a short time. With its design and engineering I think this De Tomaso P72 will set a new standard.”

De Tomaso will release more details on the car later in the year. Production will be capped at 72 units.