In stark style contrast to what some may still refer to as “donks” (don’t know where the name originated, so I can’t begin to imagine what it actually refers to …), our hobby has seen a recent resurgence in what many of us here used to refer to as “custom rods”—i.e., performance-minded ’50s and ’60s fullsizers. Charley Lillard’s 1965 Buick Riviera is the perfect example of that rodding resurgence.

I’ve always been a sucker for the Buick Rivieras: the early sub-models from the ’50s clear up to the beautiful boattails of the early ’70s. However, I have a real soft spot for the iconic first formal-model series—the 1963-1965 Riviera—although my preference has, at least up until this point in time, always been with a mild custom and/or lowrider styling. But after seeing what Roadster Shop accomplished with Charley Lillard’s 1965, well, my preferences may have been adjusted accordingly. 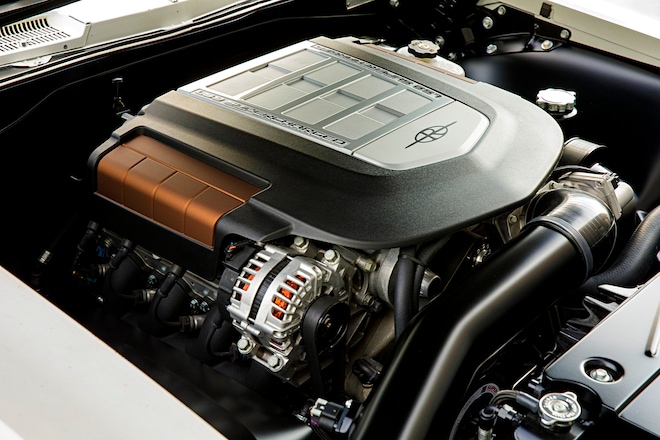 Seems Charley’s always wanted a 1965 Rivi, but despite its factory-equipped performance options of the time (425ci V-8, sports car influenced suspension, and so on), he wanted performance options that more closely mimicked those of a new Camaro. That’s where Roadster Shop stepped into the picture. Having all the pertinent specs already scanned into their massive data library, they constructed one of their Fast Track custom chassis complete with their signature Penske adjustable coilovers, power rack-and-pinion, six-piston Baer brakes, and, the star of the modern upgrade, a 427ci supercharged LS9. And to get the one-off EVOD 18- and 19-inch wheels to sit just right within the Buick’s wheelwells, no suspension modifying was necessary—they simply cut the Rivi’s floor out and dropped the body exactly to the desired ride height and proceeded accordingly!

The Buick’s original paint remains (mostly) intact—hence the 20-footer tag—as does a good portion of the interior. Although he now boasts of having installed a set of luxury SUV seats with actual side bolsters and three-point harness belts (sliding back and forth between the door panel and center console while cornering at speed may be comical for outside observers, but not for the person doing the sliding!), initially the stock seats were reupholstered by SPC Interiors, while Dakota Digital semi-analog gauges, Vintage Air, and a complete sound system were installed by Sled Alley. 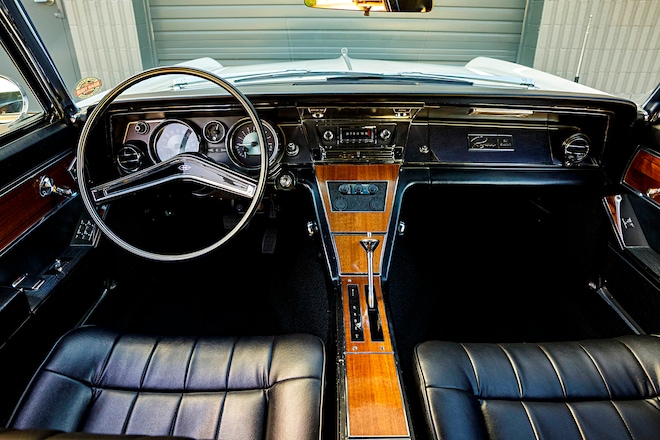 Charley admitted that it was nice for once not having a project in “paint jail,” but also mentioned he wasn’t sure how long he could go without messing with it. Here’s an idea to keep a new paintjob off your mind, Charley: Lock that driver side BMW harness down nice and tight and keep your eyes locked on the road ahead!