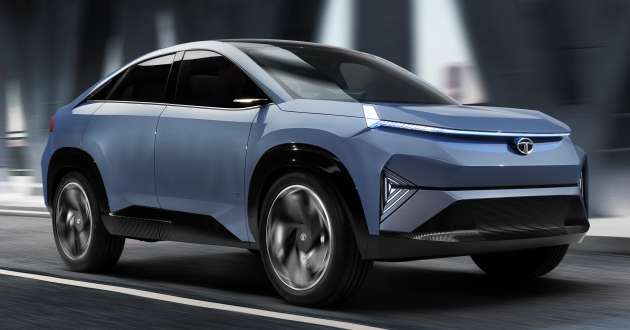 Tata Motors previously announced that it would invest a substantial amount of money in electric vehicles over the next five years, which will see the creation of a portfolio consisting of 10 EVs. Well, what you see here serves as preview for one of the models that Indian carmaker has planned.

It’s called the Curvv, and the company says in its release that a production version of this concept will come to market within the next two years. Several powertrain options will be made available, but the first will be a pure electric one because that’s what Tata had in mind for the Curvv from the start – internal combustion engines will come later on.

According to reports by The Indian Express and Evo India, the production version of the Curvv will be built on Tata’s Generation 2 platform, which supports dual-motor electric powertrains, although the company is not disclosing specifications like output, range of battery capacity.

The new platform will reportedly be a modified version of the OmegArc architecture that currently underpins the Harrier and Safari and should provide greater benefits compared to the Generation 1 platform powered by that brand’s Ziptron technology (used in the Tigor EV). 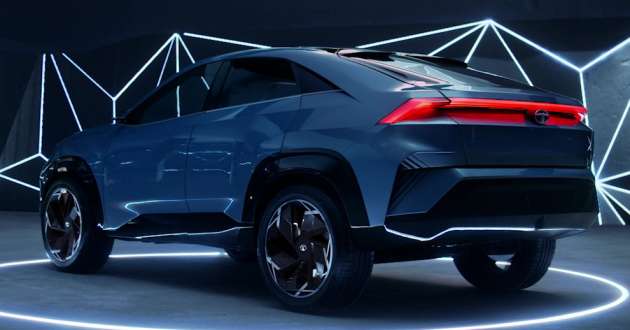 While the technical details are a mystery, what isn’t is the way the Curvv looks. Despite the name, there’s aren’t really a lot of curves on display, with plenty of sharp, angular lines and edges instead. These are prevalent throughout the SUV body, which sports a coupe-like roofline that gives off vibes of a Mercedes-Benz GLE Coupe, albeit downsized.

Up front, we find a closed-off grille and a full-width light bar, the latter of which extends into the bonnet that features triangular-shaped vents near the steeply raked A-pillars. The three-side polygon is also prominently seen on the LED headlamps in the lower apron. A black strip links these elements, with a textured “lower intake” joining it.

Viewed from the side, the Curvv’s sleek silhouette is clear to see, accompanied by obligatory body cladding that is typical of many SUVs. Aerodynamic wheels, side rearview cameras, split rear spoiler and prominent buttresses are also seen clearly from this angle. 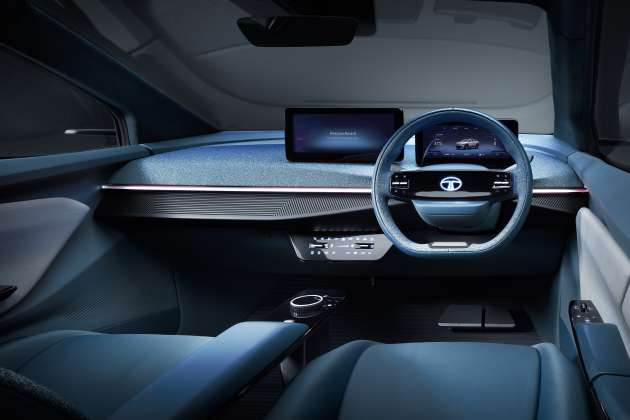 The dynamic appearance continues in the rear, which is the Curvv’s most striking angle. Just like the front, there’s also a light bar that links the slim taillights, but if that’s not enough lighting for you, the entire rear glass also gets its own lighting element on its frame. The rear apron also mimics the opposite end, with triangles and the same grooved pattern trim piece.

Moving inside, you’ll find a minimalist, horizontal dashboard with no obvious air vents, along with the same textured surface you saw on the outside. Two screens are set on the dash, with one being a digital instrument cluster and the other to service the infotainment system with connected features.

Touch operation is a mainstay in the Curvv’s cabin, as you’ll find them on the two-spoke steering wheel as well as on the hanging panel that houses the climate controls. The standalone centre console is where you’ll find a rotary gear selector (P, N, D) and armrest, while a panoramic sunroof brings in natural light to supplement the light strip on the dash.