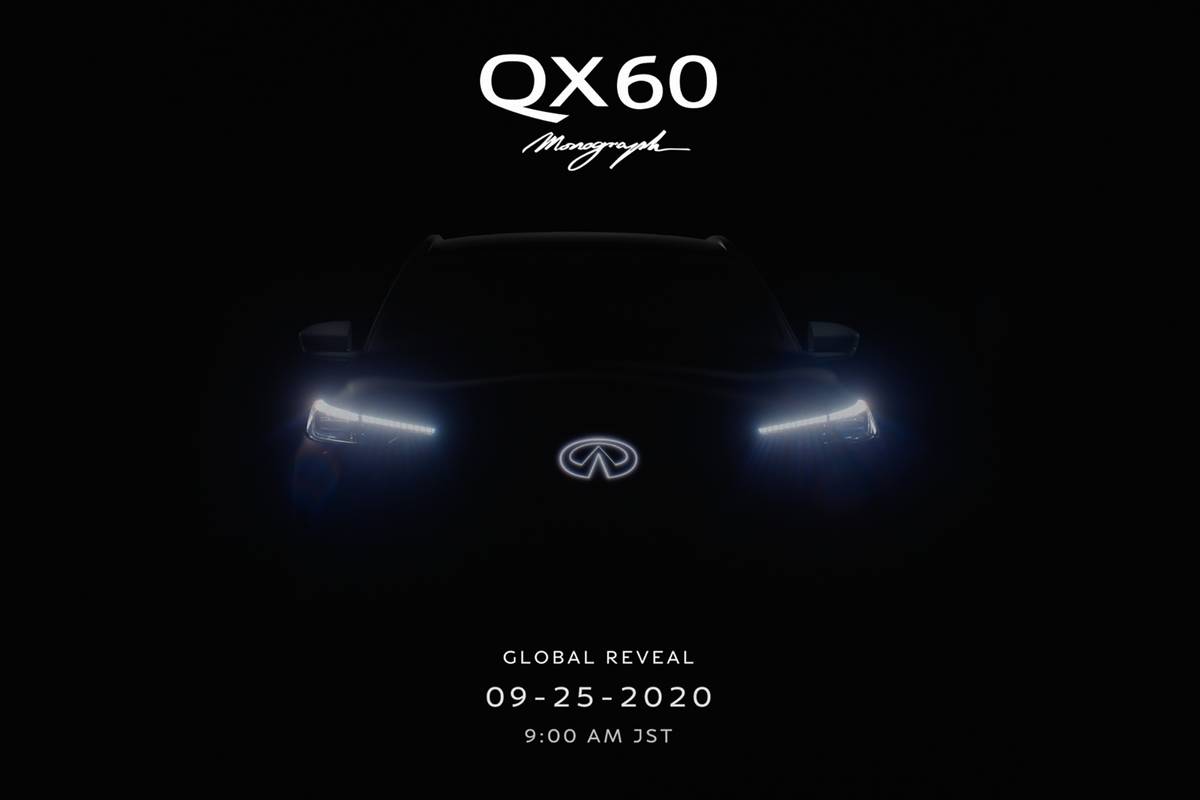 Infiniti released a teaser of its QX60 Monograph three-row luxury SUV, set for a global reveal that for U.S. audiences falls on the evening of Sept. 24. The animated teaser shows horizontal lighting elements arched at hood level, with a darkened windshield and side mirrors in the background.

Much like how Acura and Honda dub production-ready concepts as prototypes, Infiniti appears set to use “Monograph” in similar fashion. Consider the QX80 Monograph, a near-production concept Infiniti proffered in early 2017. It previewed heavy design updates on the QX80, unveiled seven months later.

In that vein, the QX60 Monograph could be even closer to production, if the side mirrors in the teaser shot are any indication. Such appendages didn’t come on the QX80 Monograph, not to mention most cars further upstream in the concept stage. But the QX80’s updates signaled a refresh, not a full redesign, on a big SUV that dates back more than a decade in its current generation. The current QX60 isn’t quite so ancient: It arrived as the JX35 in early 2012, based heavily on the Pathfinder from Infiniti’s parent company, Nissan — but it’s still long overdue for a redesign.

Stay tuned to see whether QX60 Monograph signals as much. Infiniti will unveil the SUV at 8 p.m. Eastern Standard Time Sept. 24.