General Motors has made no secret of its goal to overtake Tesla and become the leading electric vehicle manufacturer in the United States by 2025.

Ford Motor Company has a similar target, although it seeks to overtake GM first and build 600,000 EVs a year by 2024 before challenging Tesla.

We can now add Stellantis to the group of automakers looking to dethrone Tesla in the US, as CEO Carlos Tavares recently said he was confident the company he’s heading will catch up with the EV maker in the next couple of years.

Speaking with reporters during a televised Q&A session organized by Mobility TV World and reported on by Reuters, the executive said that competition would benefit consumers.

“I am very confident, I am trying not to be arrogant, just confident of the fact that we are going to catch up in the next couple of years with Tesla and it’s going to be a very healthy competition. Very good for the consumer, by the way.”

Tavares’s comments may seem bold considering that Stellantis doesn’t have a single all-electric vehicle on sale in North America at the moment. 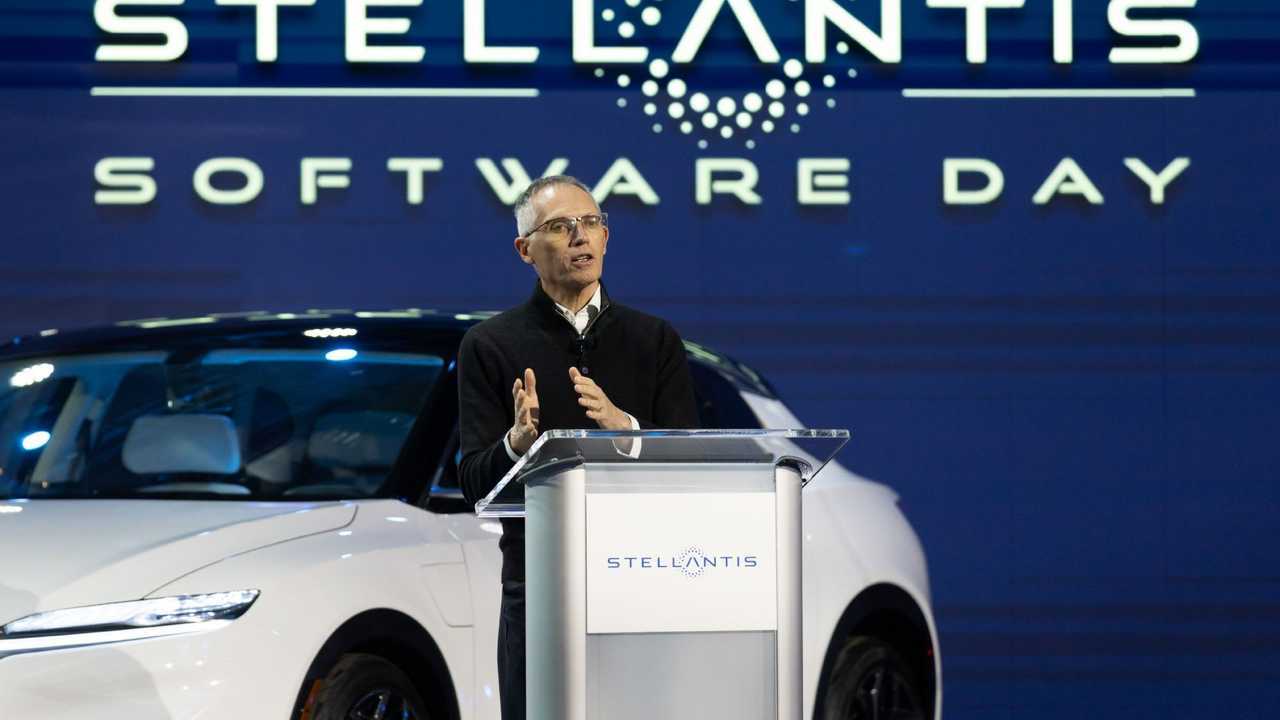 The French-Italo-American conglomerate’s EV offensive will start next year in the US with the Ram ProMaster electric van, with three other models likely to launch in 2023: the small Jeep crossover that will be made in Italy as well as Maserati’s GranTurismo/GranCabrio sports cars and Grecale SUV.

These vehicles have been confirmed to launch next year in Europe, but it’s not yet clear when they will arrive stateside—though 2023 looks like a safe bet for the Maseratis.

Moving on to 2024, Stellantis has two big EV debuts confirmed, the electric Ram 1500 pickup and Dodge muscle car. Also coming in 2024 are a Jeep off-roader and a Jeep lifestyle family SUV, with 2025 set to bring Chrysler’s first EV, described as a lifestyle family car.

These are only a small part of the 25 new EVs Stellantis has pledged to launch in North America by 2030 as part of its Dare Forward 2030 plan.

According to the recently announced strategy, which includes the launch of 75 battery-electric vehicle nameplates worldwide by 2030 (including 25 in the US), the company’s global annual sales should reach 5 million all-electric vehicles by the end of the decade.

All of this sounds fantastic on paper, but turning these plans into action will be very difficult. Meanwhile, Tesla is here and has built more than 930,000 EVs in 2021 out of two factories, with two additional plants opening this year in Germany and Texas on March 21 and April 7, respectively.