When an automaker reveals a new model, they go to great lengths to present it in the best possible light. It’s Marketing 101, with perfectly framed press shots and curated releases, though it’s difficult to judge just how a car looks from photos alone. That’s why it’s essential to see how it looks among its contemporaries, and a new batch of photos shows us how the new 2021 BMW M3 and its snout looks out on the road.

Surprisingly, the M3’s design looks softer in the real world. However, we expect those who despise the BMW’s large grille and creased front fascia can only see those design features. While BMW may have revealed the M3 earlier this week, there’s a good chance the automaker is continuing to fine-tune the model before production starts – the model isn’t expected to hit US dealers until March 2021. 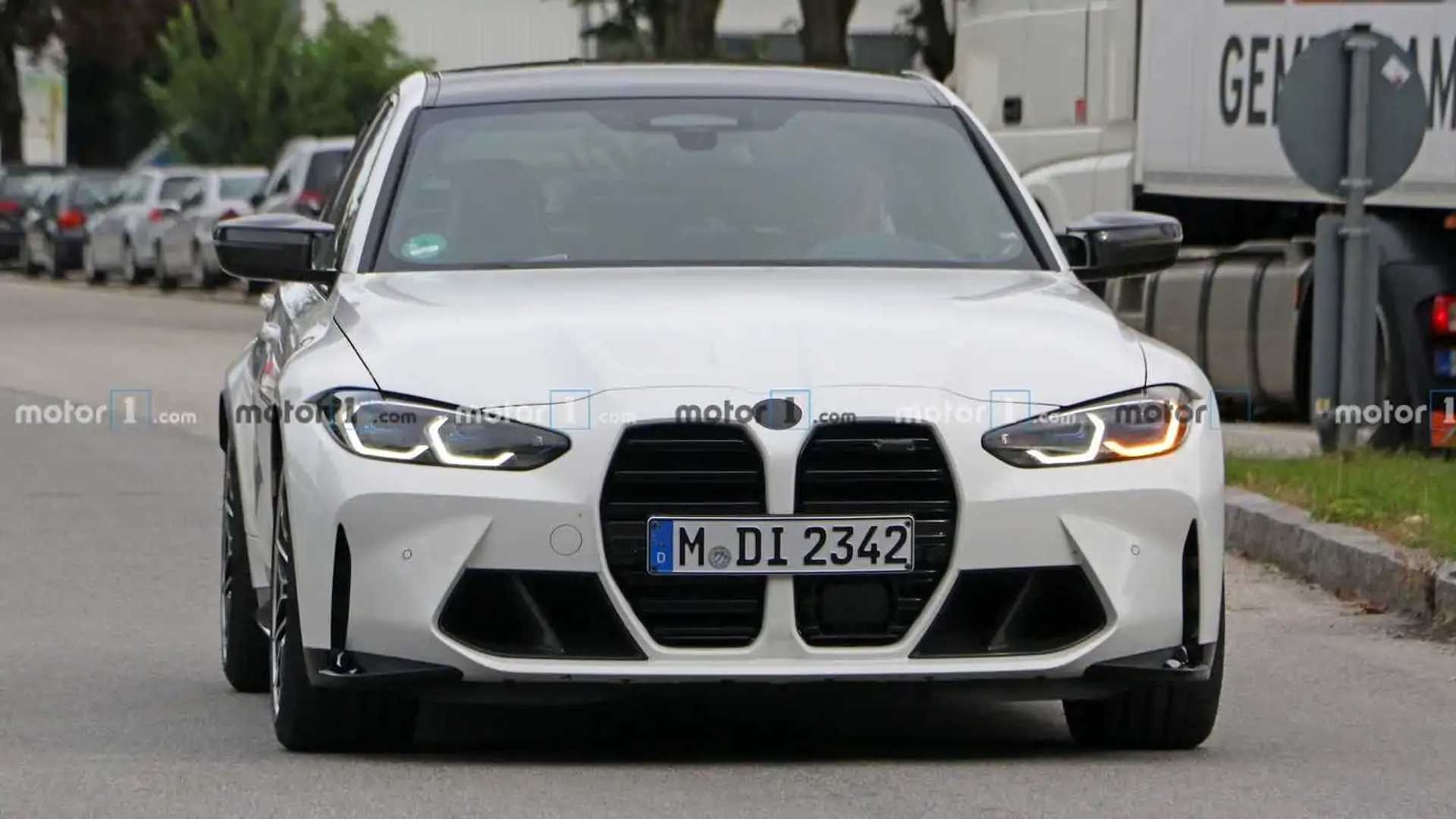 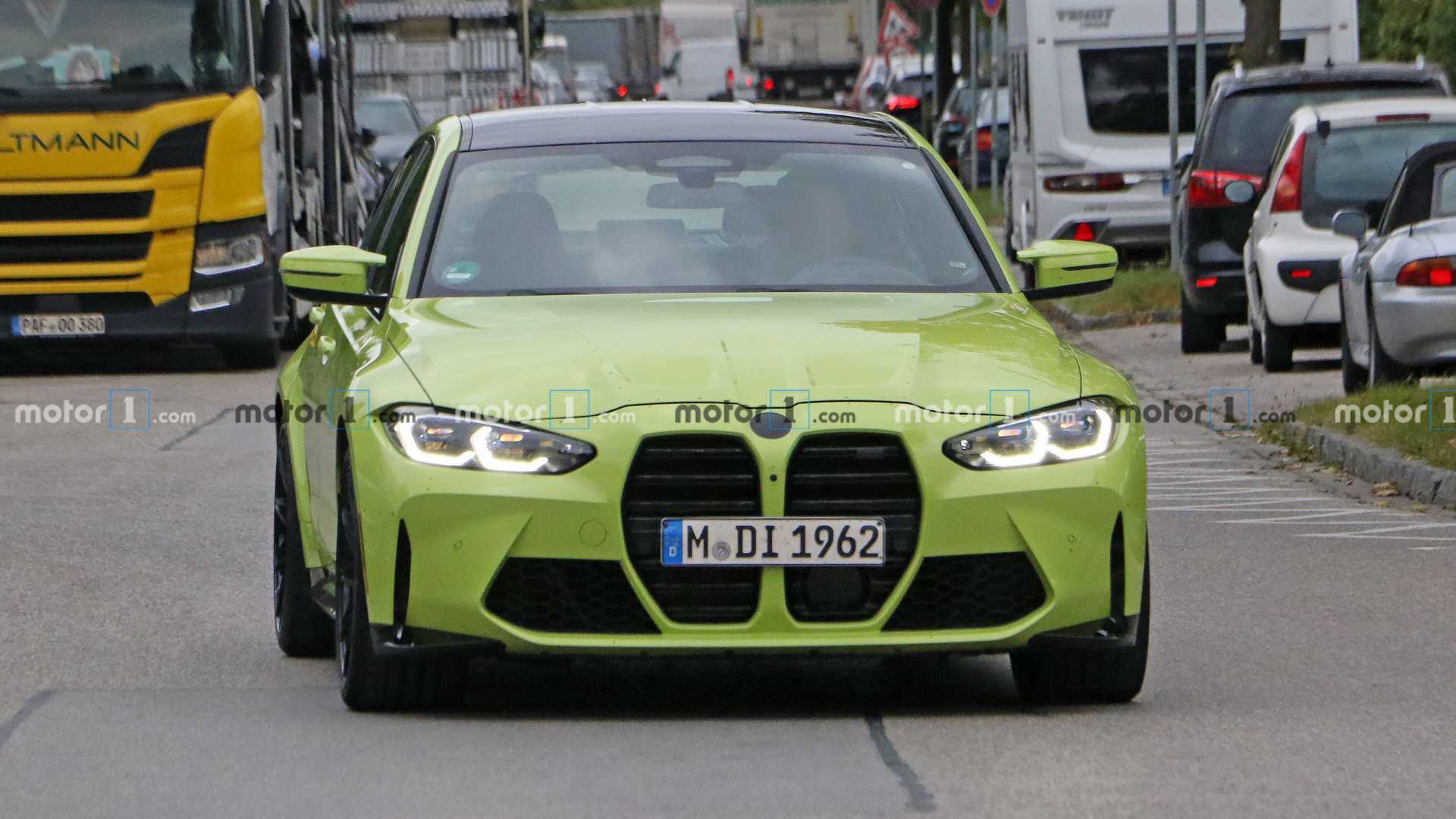 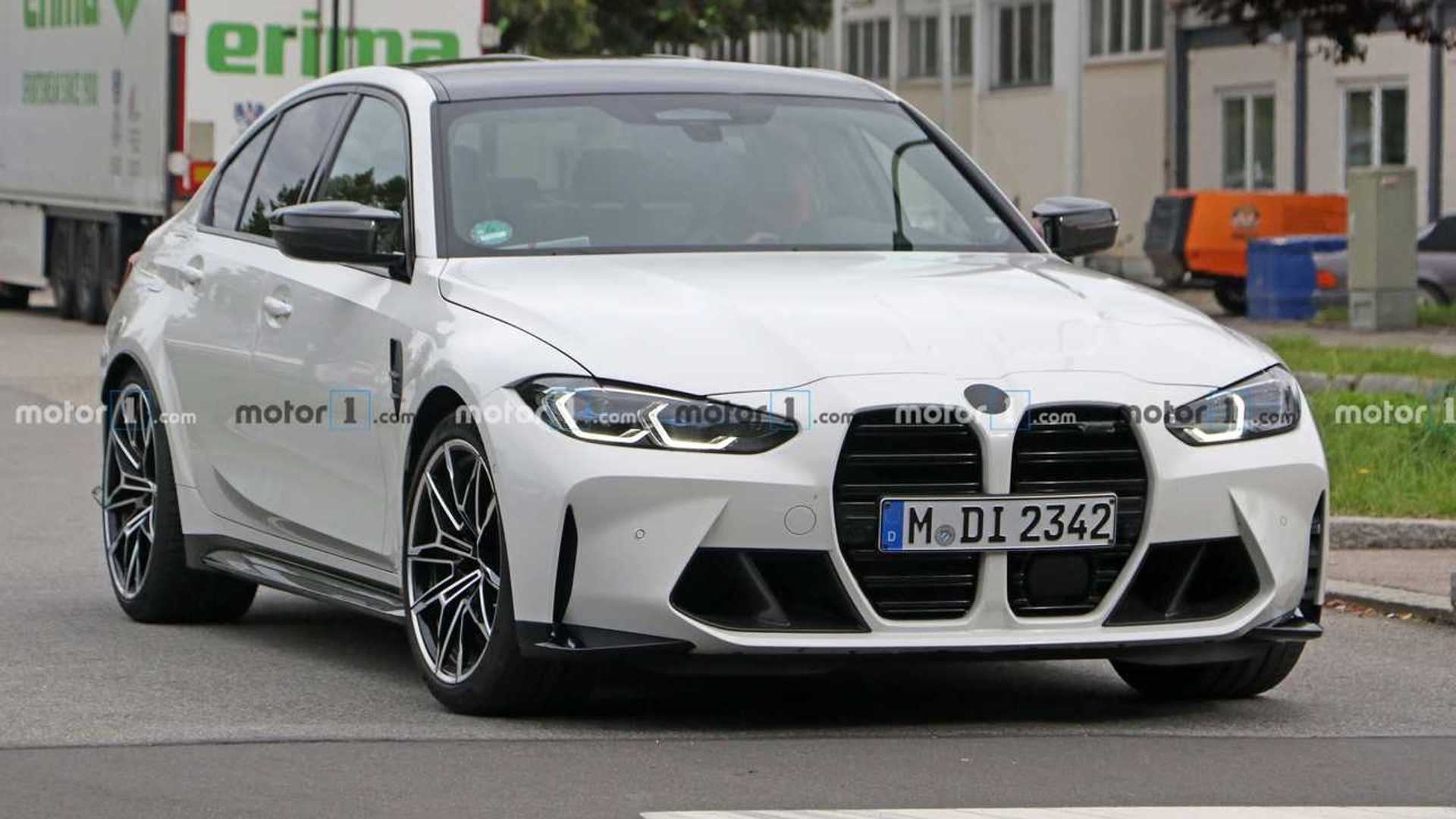 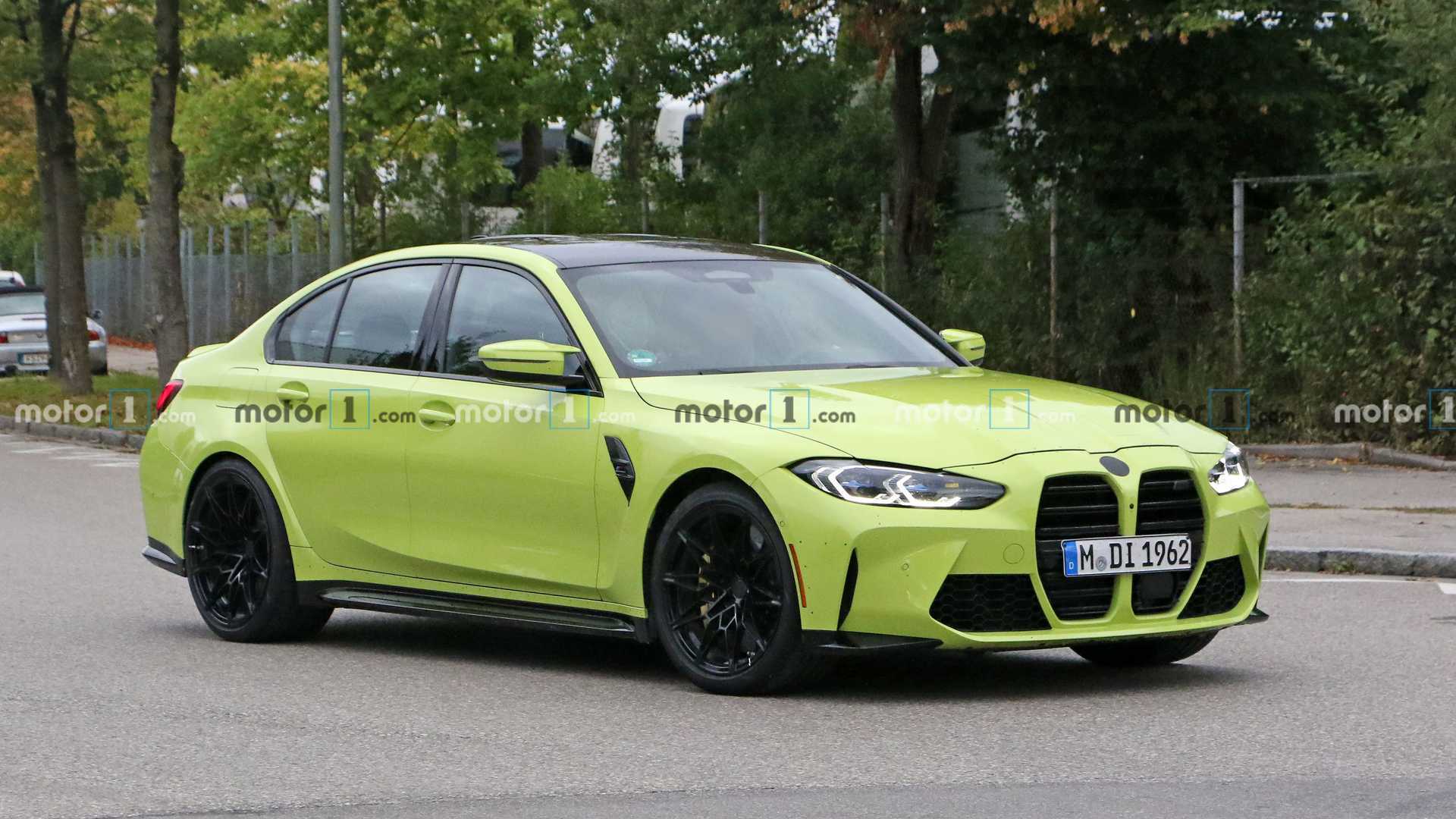 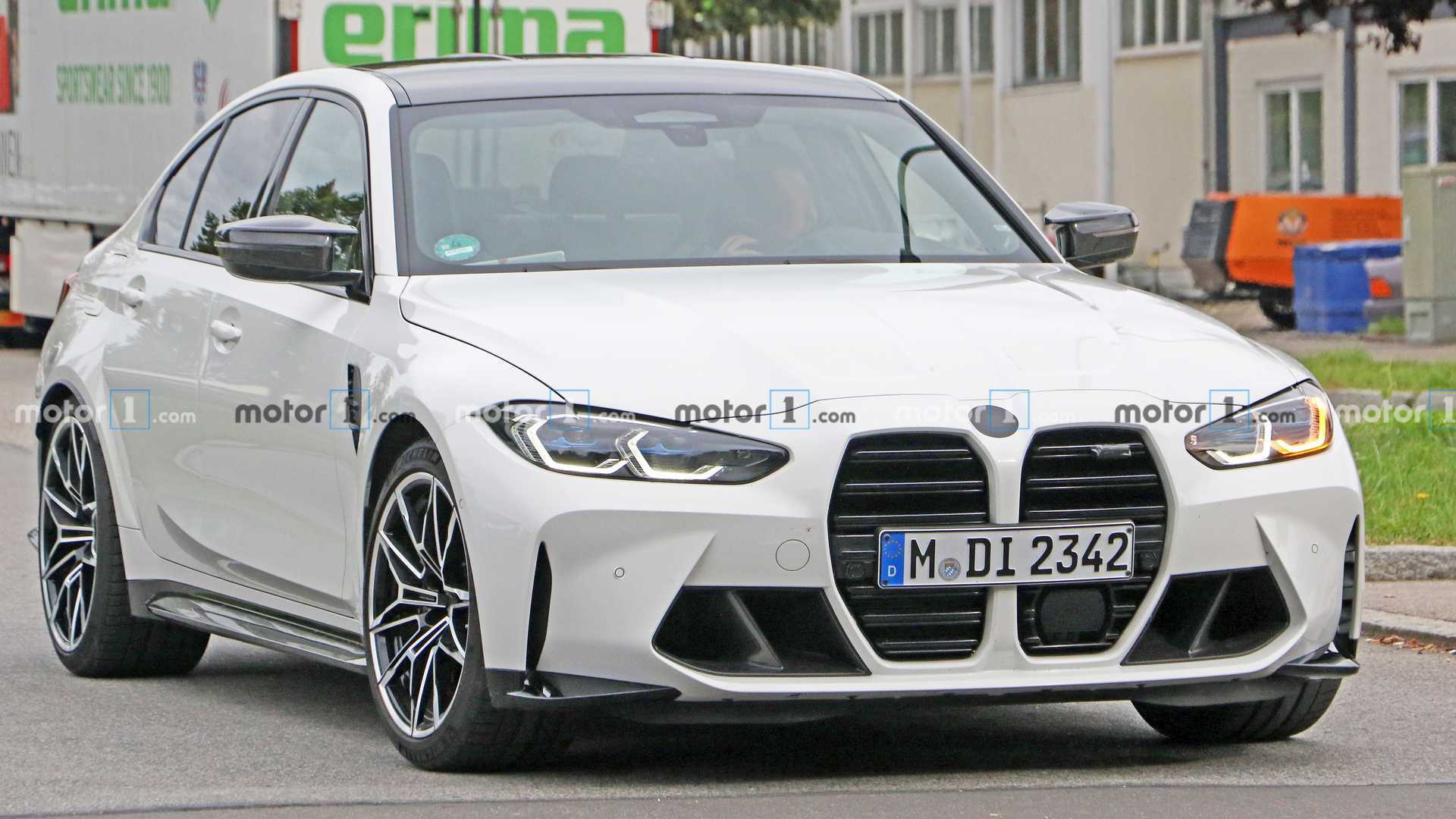 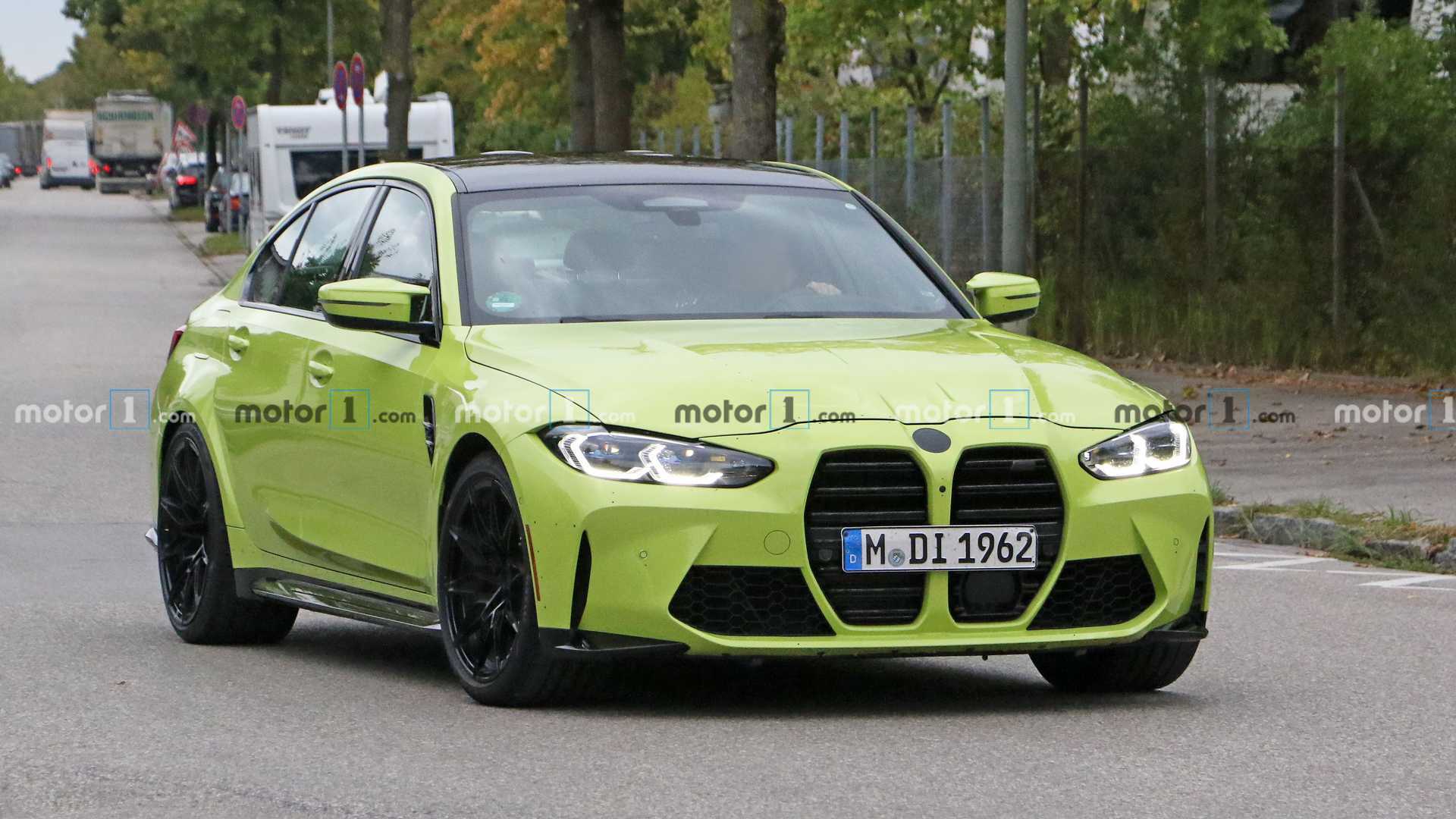 Behind that prominent grille is a potent engine – BMW’s twin-turbocharged 3.0-liter inline-six engine. In the standard M3, the mill makes 473 horsepower (352 kilowatts) and 406 pound-feet (550 Newton-meters) of torque. The M3 Competition uses the same mill, but it makes 503 hp (375 kW) and 479 lb-ft (649 Nm) of torque. A six-speed manual is standard for the M3, while an eight-speed automatic is the only gearbox available for the Comp model.

BMW’s wild exterior design also influenced the inside with bright colors and heavily bolstered seats available for only the boldest of BMW owners. When the new model arrives, it’ll start at $69,900, which doesn’t include the $995 destination charge. The M3 Competition will begin at $72,800. BMW has yet to release pricing for the all-wheel-drive model because that model won’t arrive at dealers until late next year. This likely won’t be the last time we see the M3 out testing before it goes on sale, either.