The name is out. Sony and Honda’s new EV brand is called Afeela. The Afeela name was just revealed at Sony’s press conference at the annual CES tech show in Las Vegas, along with an organically-shaped, dome-roofed prototype electric car. The JV’s first car will go on sale in North America in 2026.

“Afeela represents our concept of an interactive relationship where people feel the sensation of interactive mobility and where mobility can detect and understand people and society by utilising sensing and AI technologies,” the SHM chief was quoted as saying. The report says that Afeela’s EV will be priced to compete with premium brands such as Mercedes-Benz, BMW, Volvo, and Audi. It adds that Sony expects the car’s software to offer subscription services, so Afeela EV owners will likely have to pay a monthly fee to access selected features.

SHM previously announced that the 50:50 JV’s EV will be open for pre-orders before the end of 2025, followed by the first deliveries for US customers in spring 2026. Deliveries in Japan will start in the second half of the same year. The first product will be manufactured at a Honda factory in North America.

The car might also have a built-in PS5, which SHM says is a part of entertainment on the go and a more entertainment-driven vehicle. “Sony has content, services and entertainment technologies that move people. We are adapting these assets to mobility, and this is our strength against Tesla,” SHM president and COO Izumi Kawanishi said, adding that it’s possible to integrate the PlayStation into cars. 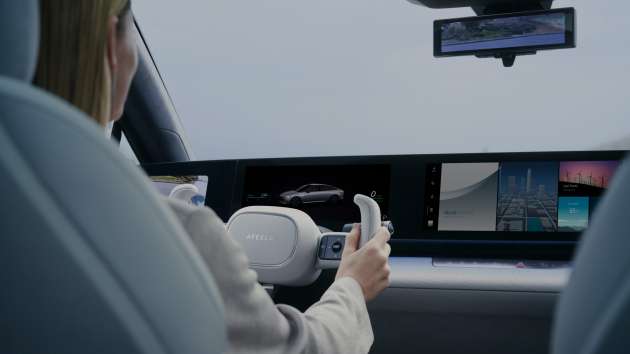 The first time Sony showed its intention to enter the car scene was at CES 2020, where it unveiled the Vision-S. The concept car was packed with an array of cameras, screens, autonomous driving capabilities, as well as streaming services for Sony’s multimedia catalogue and the ability to connect a PlayStation gaming console. Two years later, Sony wheeled out the Vision-S 02 concept, a seven-seater. The sedan was then renamed Vision-S 01.

Although Sony initially said it will not produce vehicles for mass consumption, it had been conducting road tests, and it later emerged that the electronics and entertainment giant was looking for an automotive partner to commercialise its EV project. In came Honda.

Check out the Afeela EV below – what do you think?