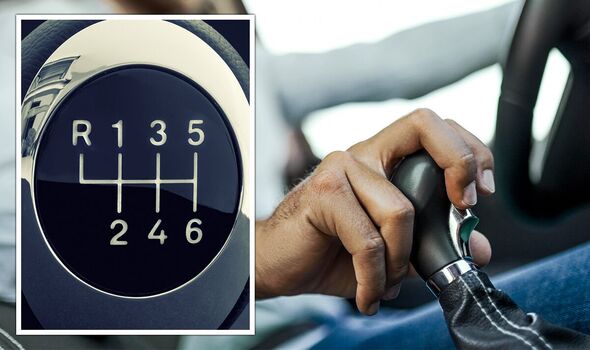 Drivers have been urged to use a little-known gear-changing technique to boost their car’s fuel efficiency and save money on petrol and diesel. By using the highest gear possible within the speed limit, drivers can boost their fuel economy.

Excessive speed is the biggest fuel-guzzling factor, with drivers being urged to have a light right foot.

This will ensure all acceleration is gentle, which is very important to fuel-efficient driving.

One of the best ways to achieve a high mph is by driving in the highest possible gear for the vehicle while keeping within the speed limit.

In urban areas, drivers are advised to change up through the gears as quickly as they can with the lowest revs possible.

The faster the engine spins, the more fuel the vehicle uses.

Mark Akbar, Managing Director at CarStore, urged drivers to monitor how they use their gears, as this could save money.

He said: “It’s not part of the driving test to learn how to use your gears efficiently, you simply have to be able to use them to get the car to move at various speeds.

“However, to make the most out of every drop of fuel and maintain maximum efficiency, it’s vital that you’re always using the right gear at the right time.

“Be careful not to over-rev the engine, as this will use more fuel, and make sure you don’t labour the engine by being in a gear that’s too low for the speed and terrain.

“Generally, petrol cars are at their most economical between 1500 and 2500 rpm, so you should aim to change up to the next gear whenever you exceed the higher end of that band.

When the RAC completed its “Record Road Trip” in an Audi A6 ultra, it found that the car’s optimum fuel economy speed was 52mph in seventh gear on the flat.

The optimum speed will differ for every car and will depend on countless factors including the road conditions, the weight of the car and even the weather.

The speed of 56mph has often been talked about as being the optimum speed.

This was due to the old fuel consumption test being run at three speeds: urban, 56mph and 75mph – and 56mph was always, unsurprisingly, the most efficient of these. Typically, cars are most efficient at 45-50mph.

By driving aggressively and applying brakes suddenly, drivers can burn up to 20 percent more fuel.

The current RAC Fuel Watch indicates that drivers will have to pay 165.77p per litre of unleaded.

The situation is even worse for diesel car owners who will have to fork out 190.23p per litre on average.

The price of petrol is expected to stay the same, while the price of diesel is likely to rise even further.