One of the major topics at this year’s SEMA Show in Las Vegas was electrification. With regards to OEMs, Dodge showed off the Charger Daytona SRT EV for the first time in person, meanwhile Lexus brought along its still-unnamed electric supercar concept.

However, SEMA is primarily about the aftermarket. Undoubtedly, EVs are a concern for the majority of specialty equipment manufacturers – particularly for those focused on tuning. That said, this year’s show illustrated that there’s plenty of potential and opportunities in the space.

For 2022, SEMA decided to dedicate a 21,000-square-foot area to fully electric vehicles. Dubbed “SEMA Electrified”, the space featured several stock electric cars from startup manufacturers, such as the Lordstown Endurance and Lucid Air. 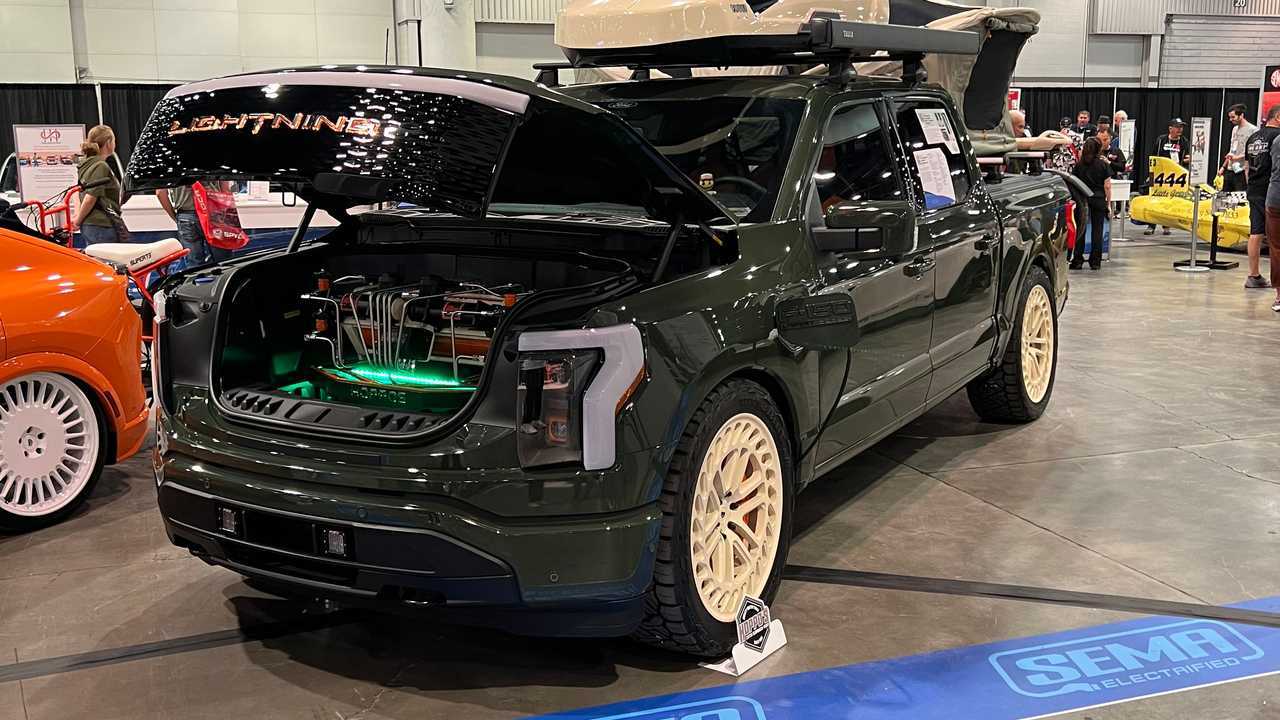 SEMA Electrified also included a number of highly modified EVs. A personal highlight was the Ford F-150 Lightning “Tijn Edition” (above). Based on an F-150 Lightning Platinum, the Tijn Edition is a one-off and features a color-changing grill, a custom Recaro interior, solar panels, a fridge and much, much more. Pretty cool, right? 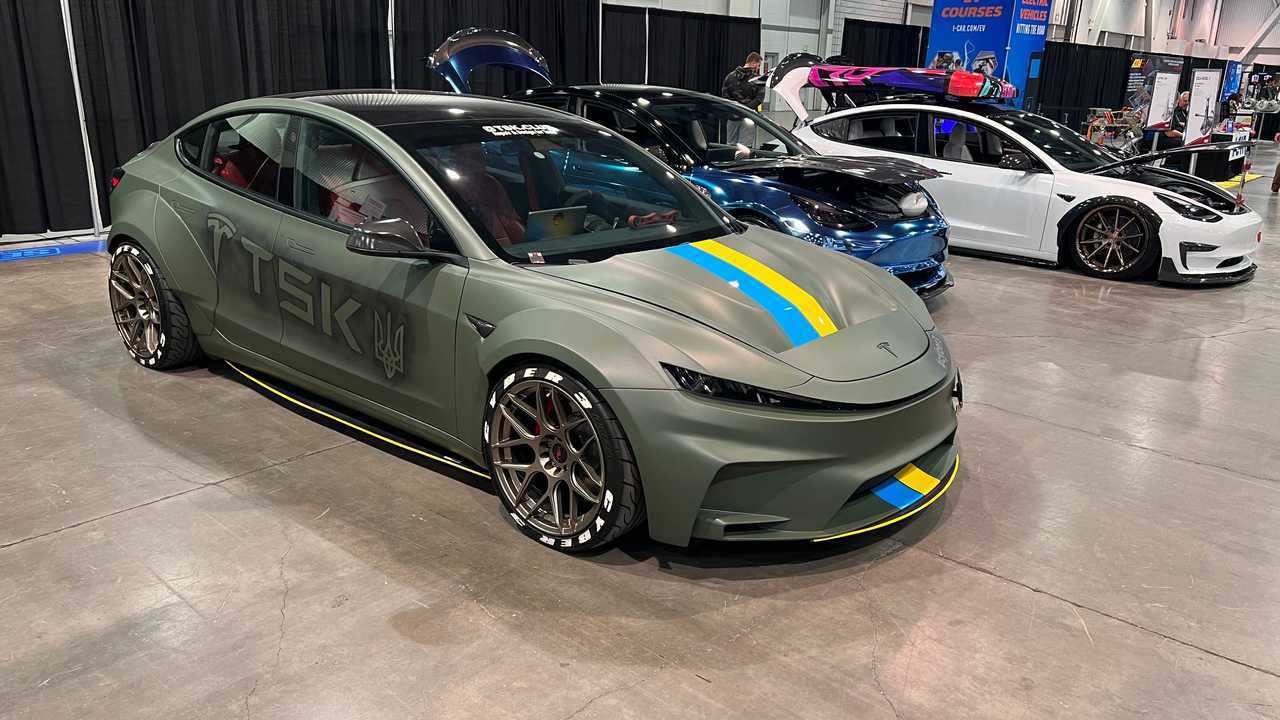 An abundance of modified Tesla Model 3s were also present. The one that stood out the most, at least in my eyes, was the Cyber3. Built by TSK, it features a Roadster-esque front bumper, carbon side skirts and detailing, and a rear spoiler. The entire kit costs $19,278. 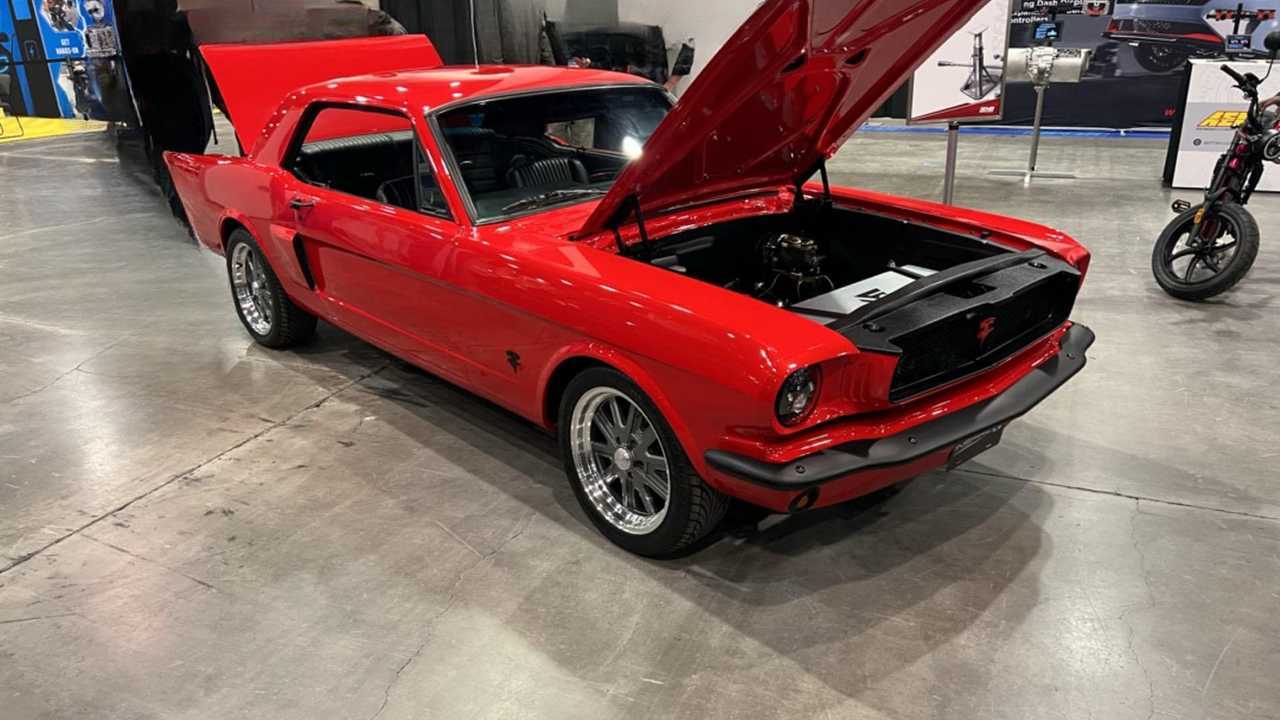 Conversion kits were also highly prominent in the electrified section. Five years ago if you wanted to convert a classic car to electric, your best bet was finding a salvaged Tesla Model S. However, today there are a number of ready-made packs available on the market. For example, Inspire EV showed off one of its kits on a 1965 Ford Mustang. Powered by an 83.2 kWh battery pack, the 65′ Mustang has a range of 250 miles and can produce between 470 and 603 hp. 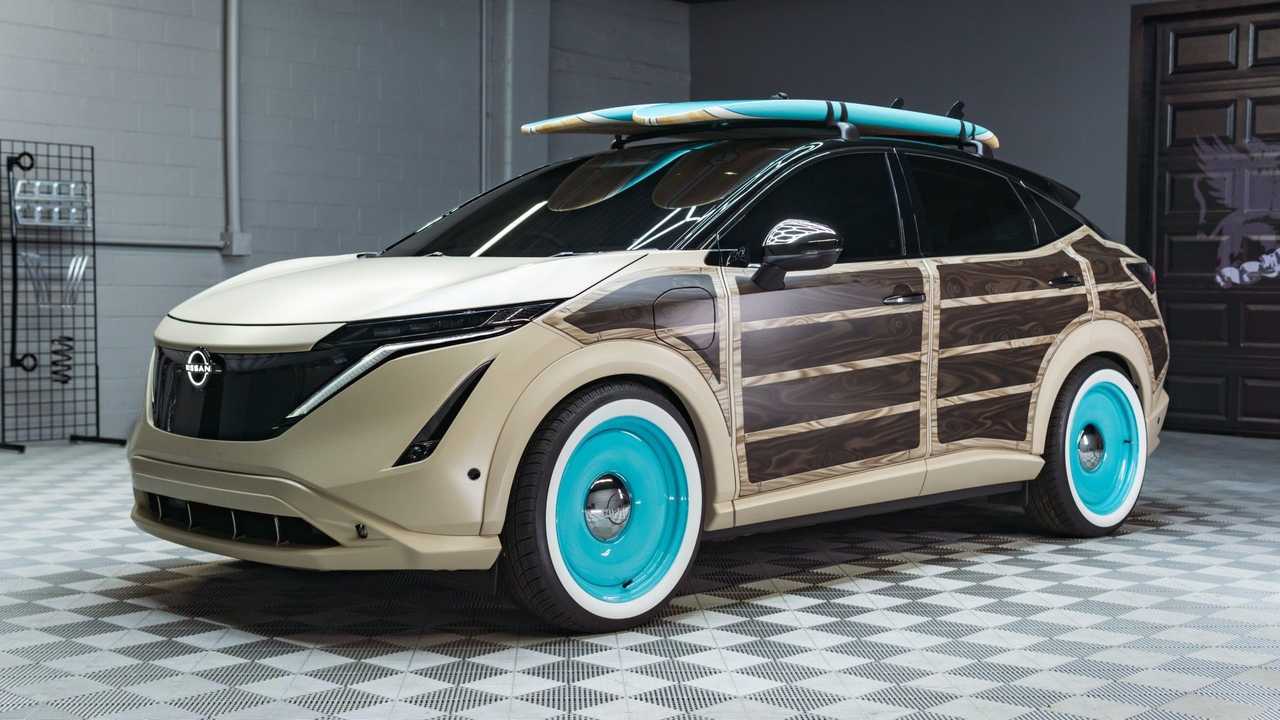 A number of manufacturers brought along weird and wonderful versions of their electric cars as well. Nissan’s Ariya Surfwagon Concept seemingly caught the most attention.

Another area with a lot of interest was electric race cars. Scalar Performance displayed its GR86 conversion, the SCR1. Featuring a 65 kWh battery pack, the SC1 produces 328 hp and can race for up to 45 minutes before needing to recharge.

The above just represents the tip of the iceberg. In total, 38 EVs were present in the Electrification section alone. Dozens more were scattered throughout the show. Although EVs only represented a small fraction of the 1,500 cars present at SEMA, there’s no denying the space is rapidly growing. After all, less than half as many electric cars were present last year meanwhile there was no dedicated EV section at all in 2019.