Now that the R1T is under production, Rivian can focus on bringing the R1S SUV to market—at least in an ideal world.

The last time the EV startup provided an update, the R1S was supposed to enter production at the Normal, Illinois plant in December 2021, with the first deliveries expected in January 2022.

Unfortunately for reservation holders, it appears that the start of deliveries has been pushed to May–June 2022 at the earliest. Rivian started sending emails to customers who have R1S preorders, informing them that the delivery window has been changed.

One such email was posted by a reservation holder on RivianOwnersForum (see bottom of this page), and other R1S buyers chimed in and confirmed having received similar emails. 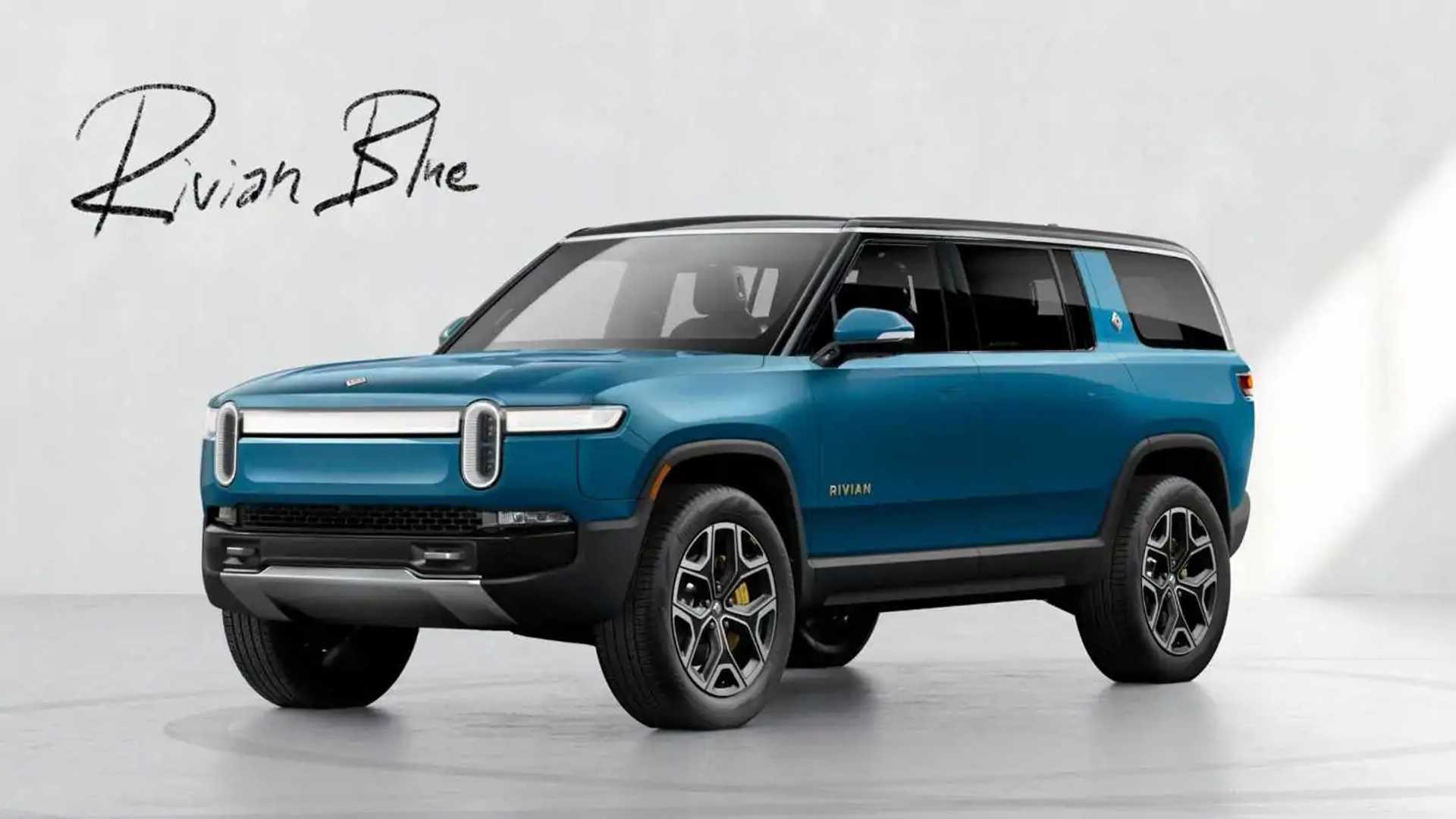 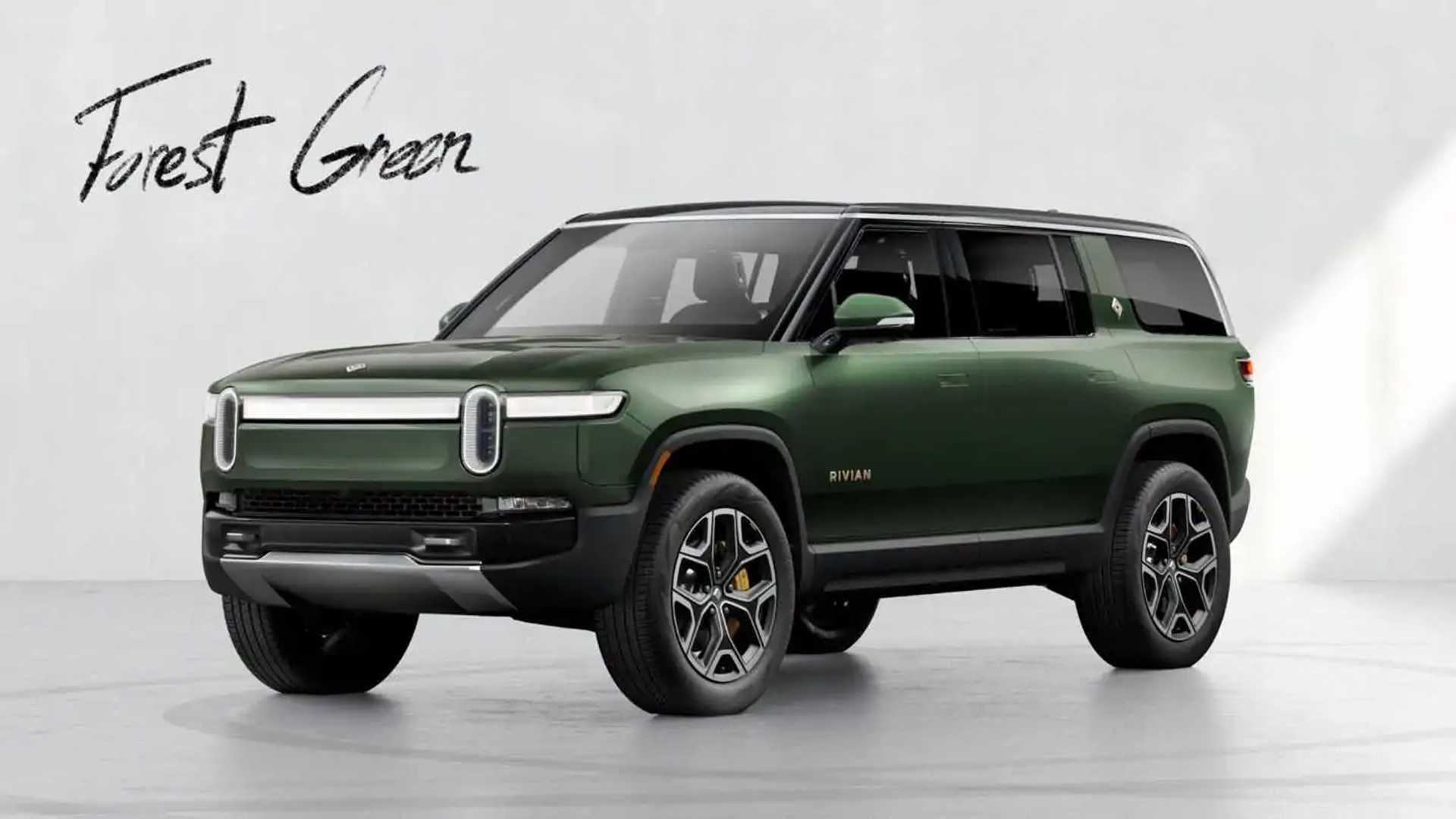 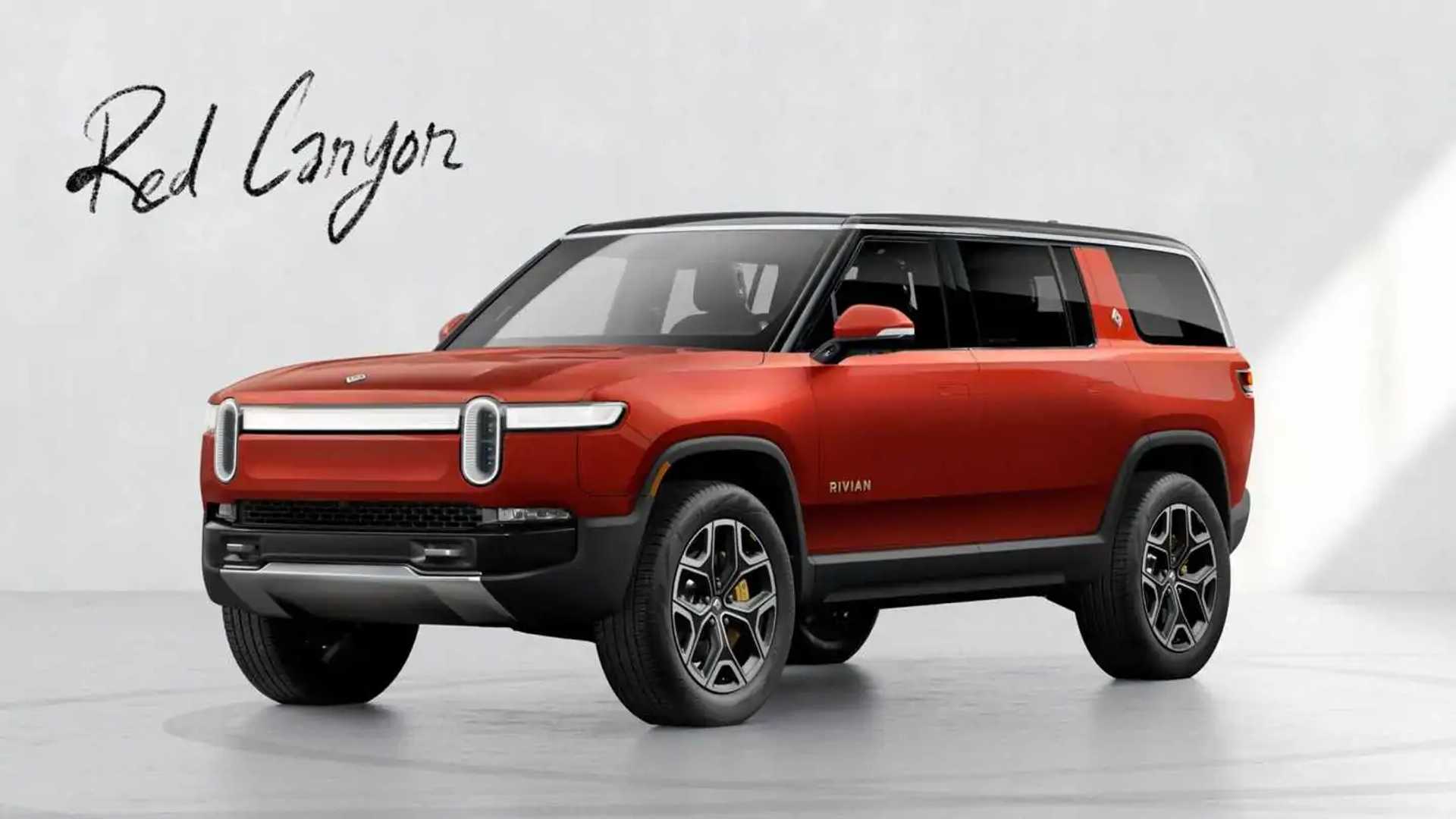 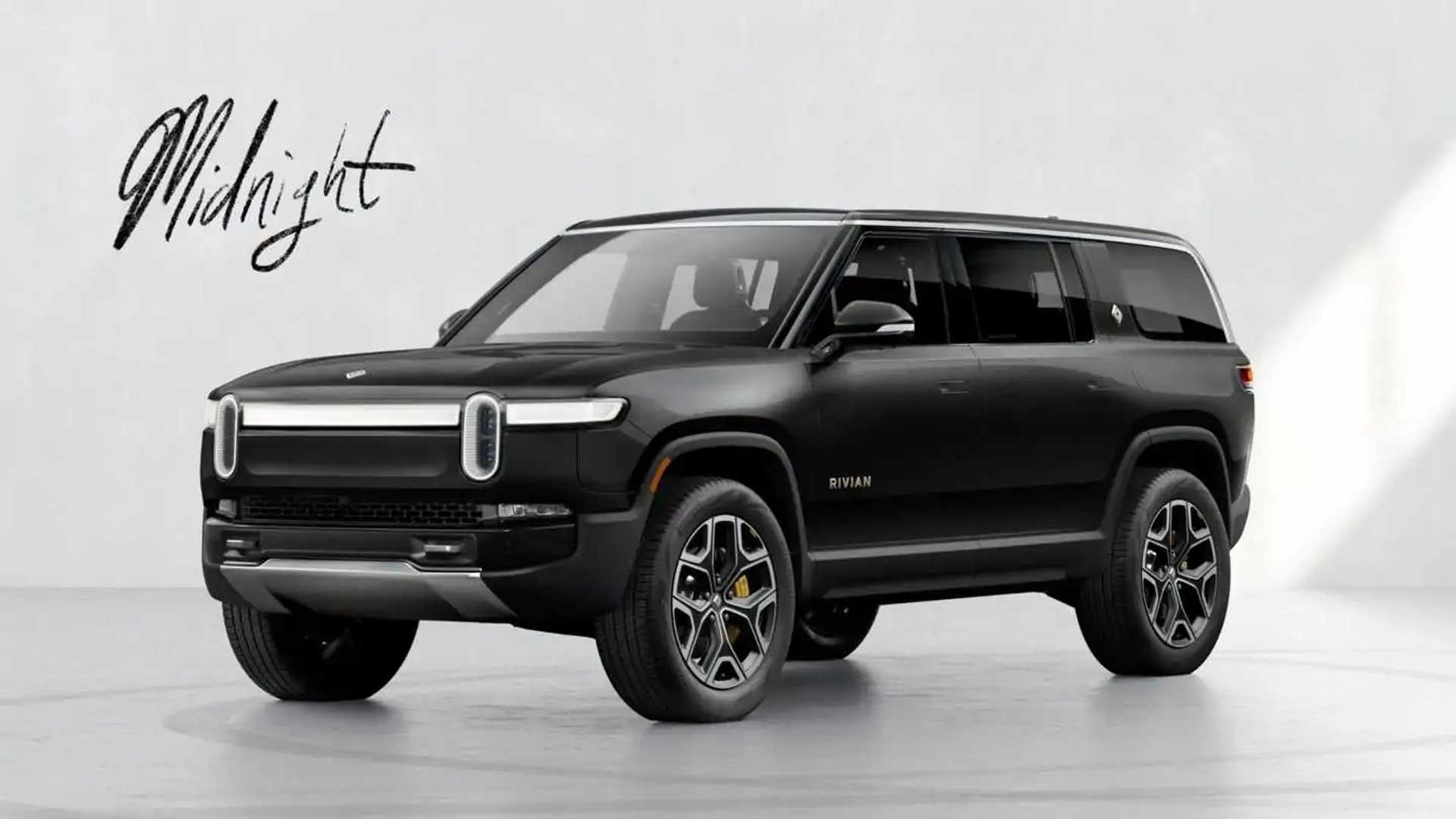 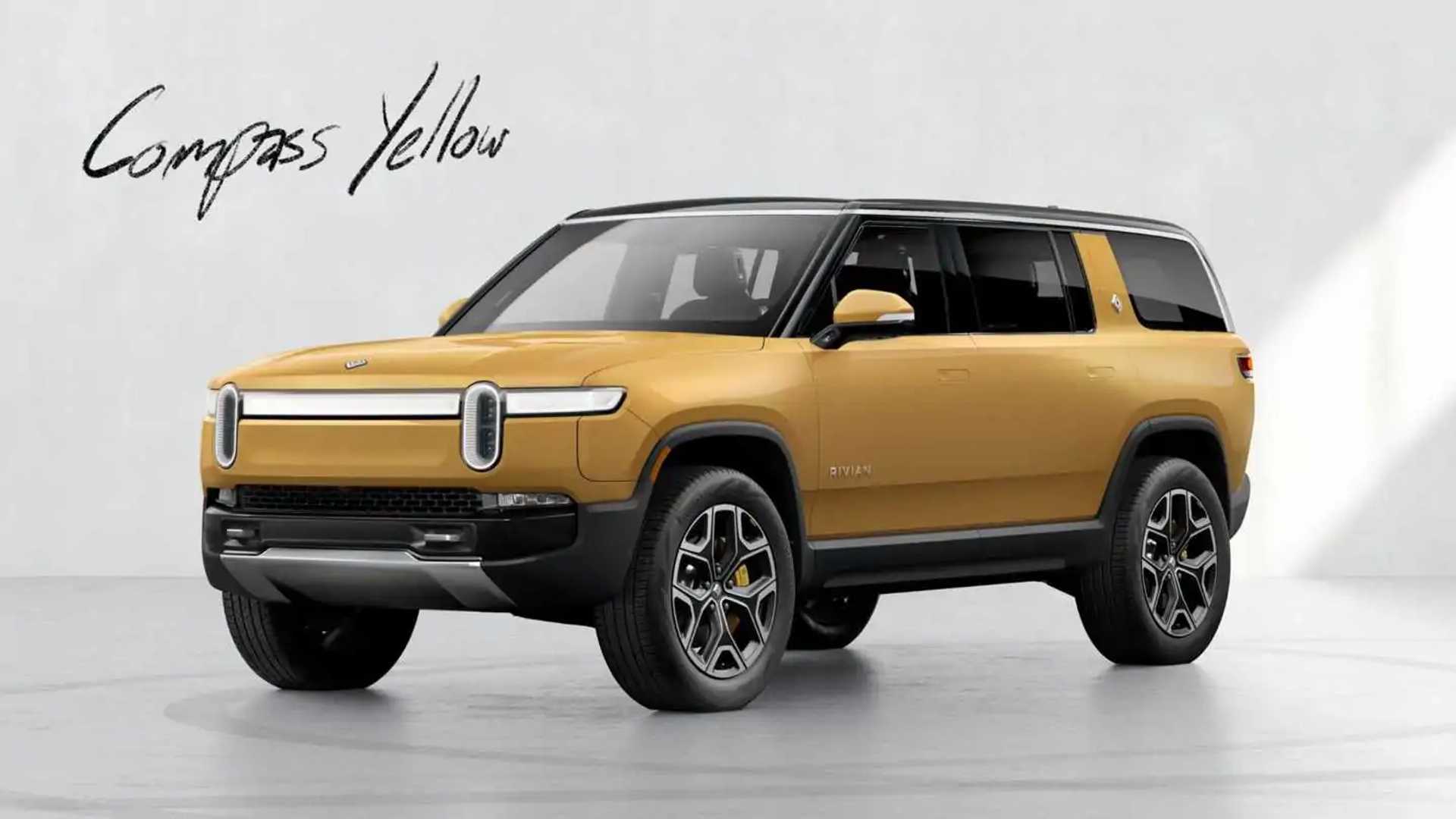 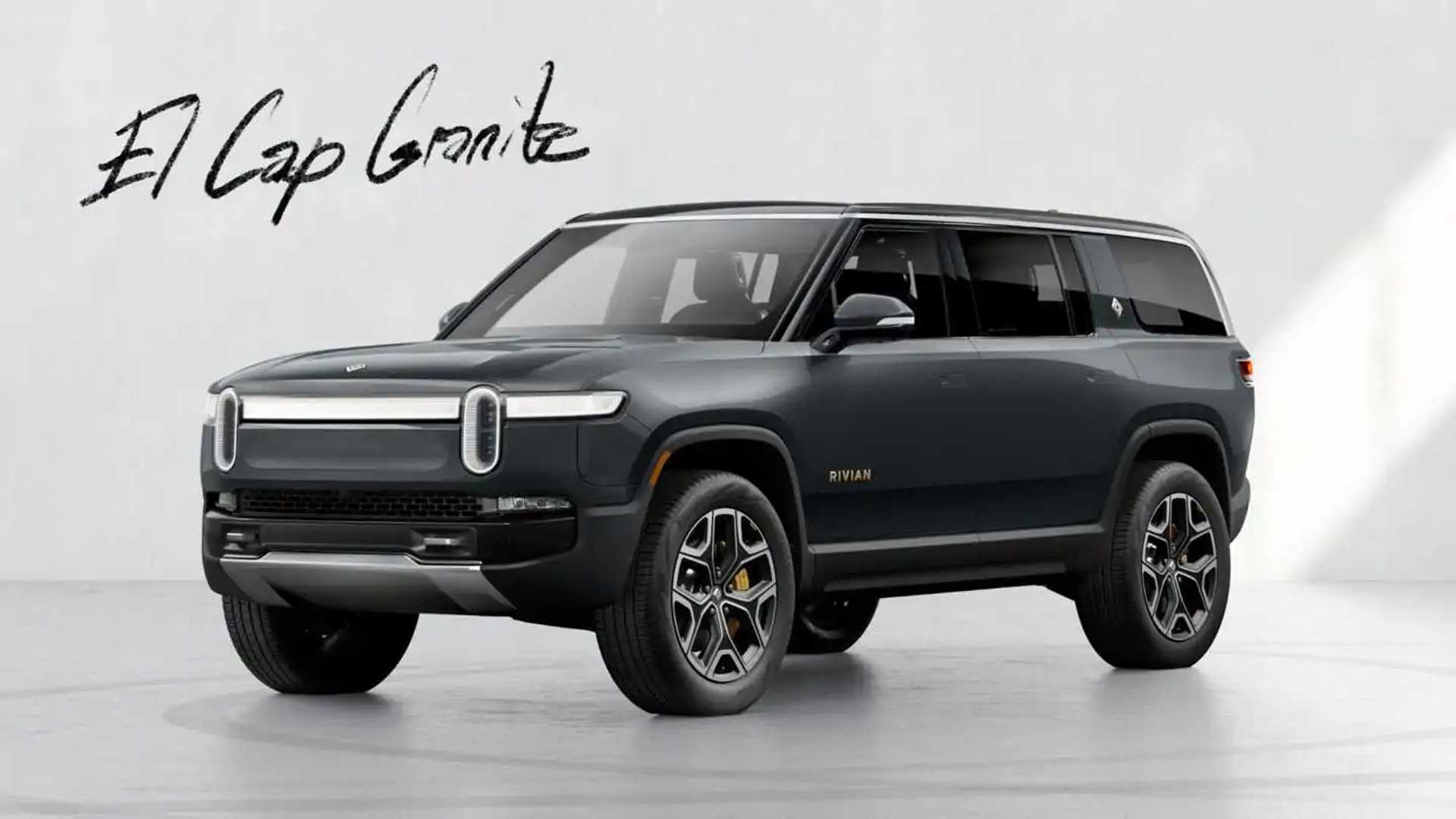 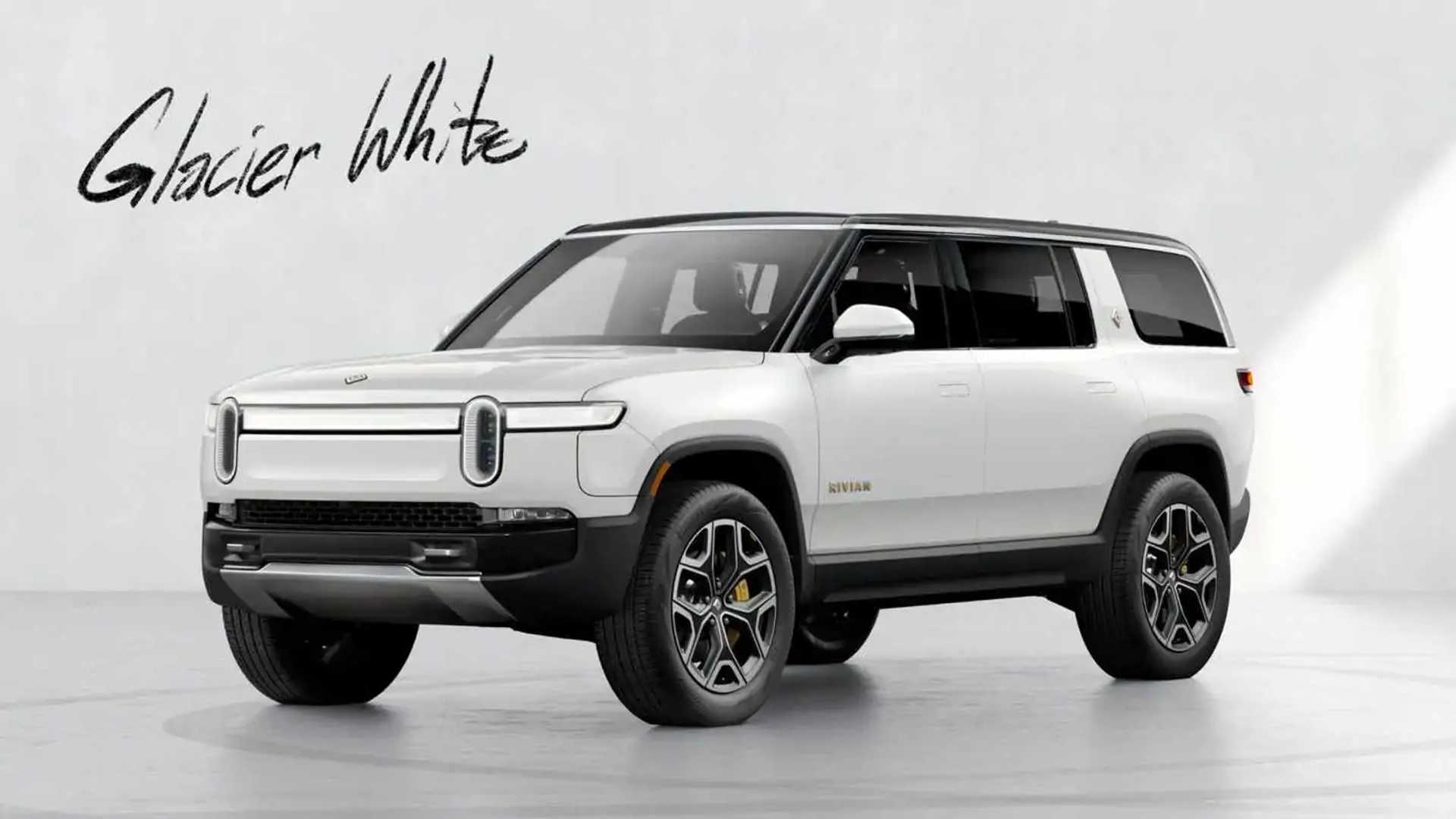 Based on their forum posts, the earliest delivery window someone has is May–June 2022. One reservation holder who put down a deposit in March 2020 received an email with an estimated delivery for June–July 2022.

Other customers have been notified that their delivery window is July–September, 2022. Mind you, all these preorders are for the R1S Launch Edition, which likely means that non LE SUVs won’t reach regular customers (i.e. non-Rivian employees) until 2023 at best.

As you can imagine, some reservation holders did not take the news well. One of them said he immediately canceled his preorder upon receiving the email, while another said he also dropped out as he is tired of waiting and has a VW ID.4 AWD on preorder anyway.

It’s quite curious that Rivian’s email makes no mention of the production start date for the R1S, which was supposed to be December 2021. Given that customers are notified of delivery delays, it likely means the electric SUV will enter production later than expected.

If you’re an R1S reservation holder and have received a similar email from Rivian like the one below, please share your estimated delivery date in the comments section. 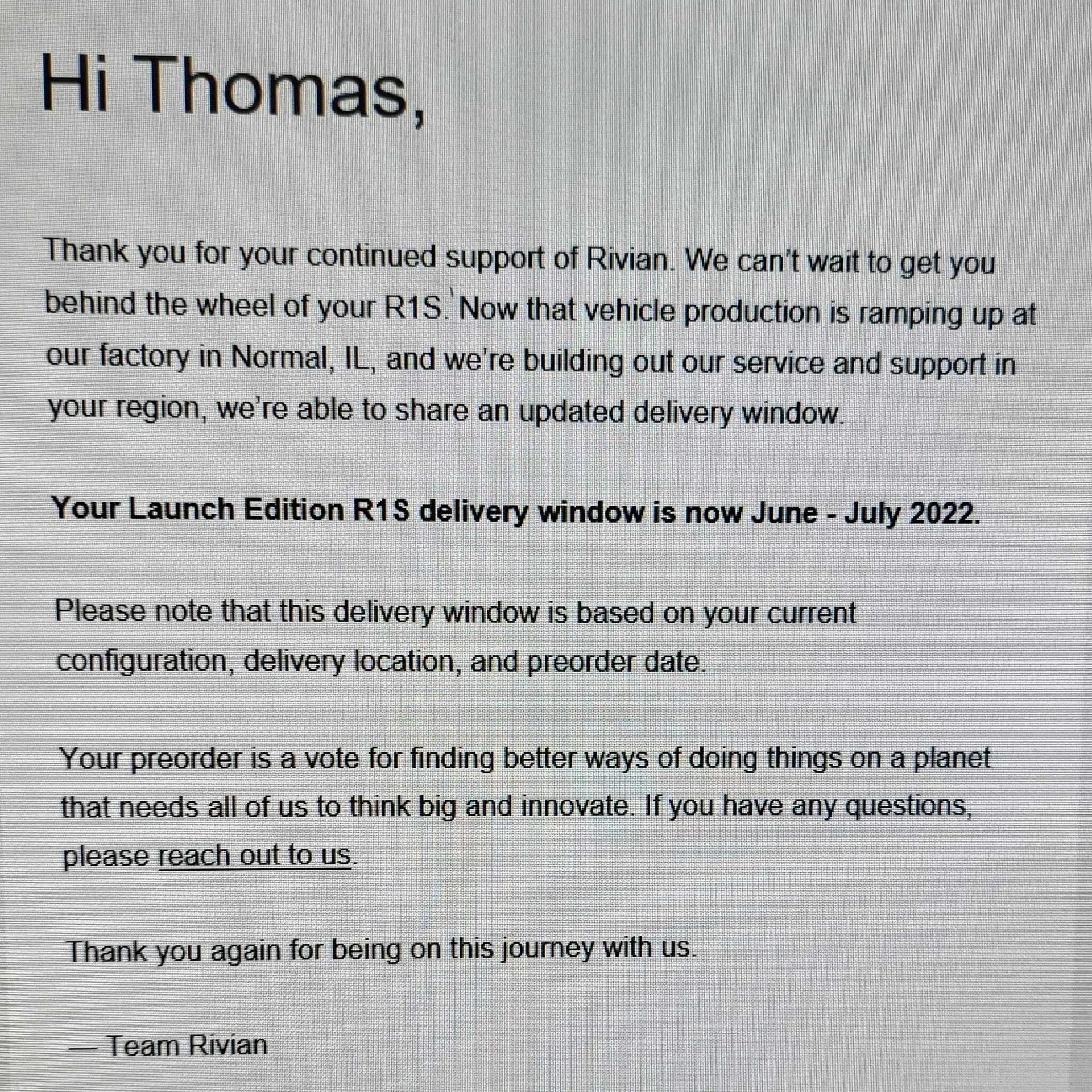