The Ford Kuga in Europe and the North American counterpart the Escape are due for a styling refresh. This gallery of spy shots catches a pair of the updated crossovers on the road in Europe.

Most notably, the refreshed crossover receives new headlights that are thinner and sharper than the current model. While the grille is mostly covered on these cars, you can see that the outline has a revised shape that appears wider by looking closely at the camouflage. Because of the tweaked styling for the lights, the hood has to change, too. 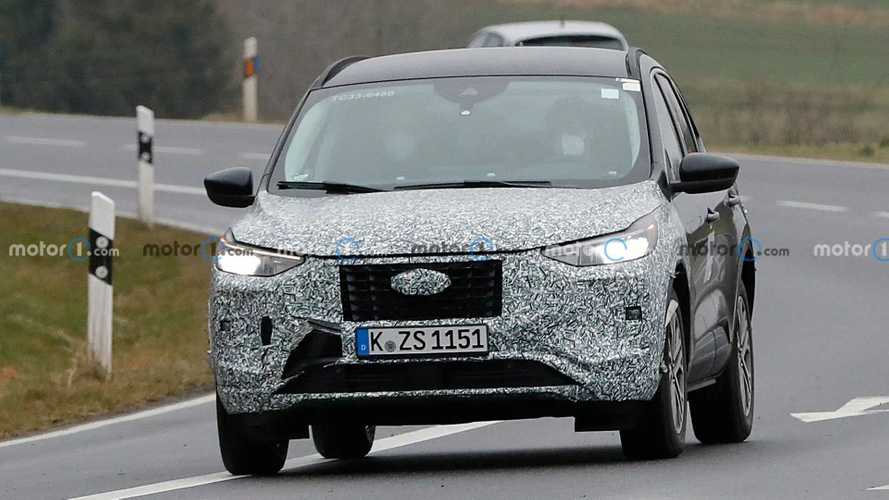 The revisions at the back are less significant. The taillights appear to have the same shape but with a new internal design. The bumper also seems to have updated styling.

We’ve seen a pair of renderings (above) that attempt to peel away the camouflage. Both include revisions to the shape of the grille and the design of the headlights.

There are no spy shots of the interior of the updated model yet. We can’t rule out some tech updates and tweaks to the materials in the cabin.

Powertrain upgrades are also a mystery. So far, there’s no indication of any changes to the engine options.

The current generation of the Escape debuted in 2019 for the 2020 model year. This refresh is coming just a few years into the crossover’s life, but this segment is highly competitive. Vehicles need to adapt quickly to challenge the latest entries in the market.

Look for the refreshed Escape to debut in the United States later this year. It should be on sale for the 2023 model year. The timing of the Kuga’s debut in Europe would probably be similar.