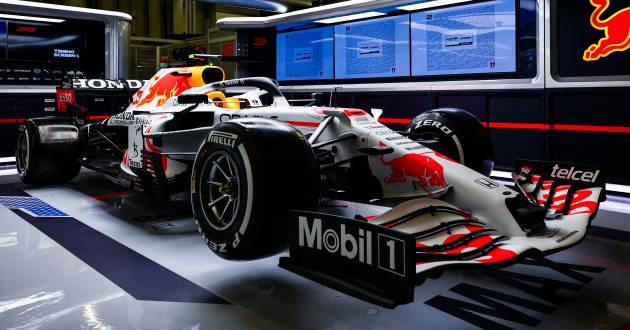 The 2021 Formula 1 championship is turning out to be one for the ages, with Mercedes’ Lewis Hamilton and Red Bull’s Max Verstappen locked in a close title fight with just seven races to go. Whichever way the battle goes, this is the strongest showing from Red Bull’s engine partner Honda yet, which is why this is a bittersweet season for the Japanese carmaker.

You see, the company is pulling out of the sport at the end of the year – the main reason why it dug deep to develop a brand new engine, in order to give it one last shot at title glory. Not only that, but in what will almost certainly be its best season since reentering F1 in 2015, it was denied a final home race after the Japanese Grand Prix was cancelled due to the worsening COVID-19 situation there.

To thank its partner (and provide a crumb of comfort for Japanese fans), Red Bull Racing will be running a special Japanese-themed livery at the Turkish Grand Prix, on the weekend the cars should’ve been racing in anger at Suzuka. The traditional navy blue paint scheme on the RB16B is replaced by a sea of white – including the usually-yellow Red Bull “suns” on the nosecone and roll bar.

A red circle, mimicking the Japanese flag, also forms the background of the drivers’ numbers – 33 for Verstappen and 11 for Sergio Perez. The livery is said to pay homage to Honda’s iconic RA272 racer, with which Richie Gunther took the company’s first F1 victory in 1965 – the first for a Japanese team.

Red Bull’s sister team AlphaTauri will also pay tribute to Honda, with the rear wings of both Pierre Gasly and Yuki Tsunoda’s AT02 featuring the word “arigato”, or “thank you” in Japanese – the script is also written on the engine covers and rear wings of the Red Bull cars.

“With the [Japanese] race falling victim to the pandemic, we just couldn’t let the weekend pass without paying tribute to Honda and its amazing home fans by bringing a little bit of its heritage to Istanbul. The livery chosen for our cars pays homage to Honda’s remarkable F1 journey and hopefully we can give fans another victory in those legendary colours this weekend,” said Red Bull team principal Christian Horner. 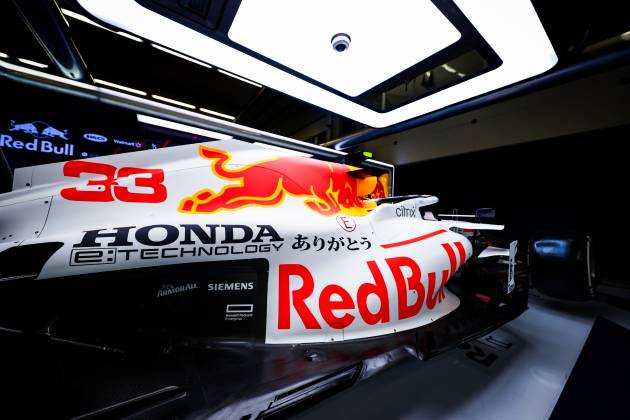 The news coincides with the agreement that Red Bull and Honda have signed leading up to the race, allowing the former to use the latter’s intellectual property for its engines (or power units in F1 parlance) starting from next year. Honda will also support the Red Bull Powertrains division in building the 2022 power unit and provide trackside and race operation support from Japan throughout the first year. This was already on the cards for a while now, but this is the first time things are being put on paper.

Red Bull Powertrains, which will absorb Honda Racing Development UK (Milton Keynes) employees, will take responsibility for all manufacturing and servicing of Red Bull and AlphaTauri engines from 2023 onwards. Additionally, Red Bull and Honda say they will continue working together on their respective young driver programmes – the Red Bull Junior Team and Honda Formula Dream Project – to further the growth of Japanese motorsports and get more Japanese drivers like Tsunoda into F1.

The two entities will also cooperate on other forms of motorsport and other sports and marketing activities, promoting Honda’s wide range of products to a wider audience. Lastly, Honda Racing Corporation (HRC), which runs Honda’s motorcycle racing activities, will also take charge of the company’s four-wheeled pursuits – including the Red Bull Group’s Formula 1 activities in 2022.