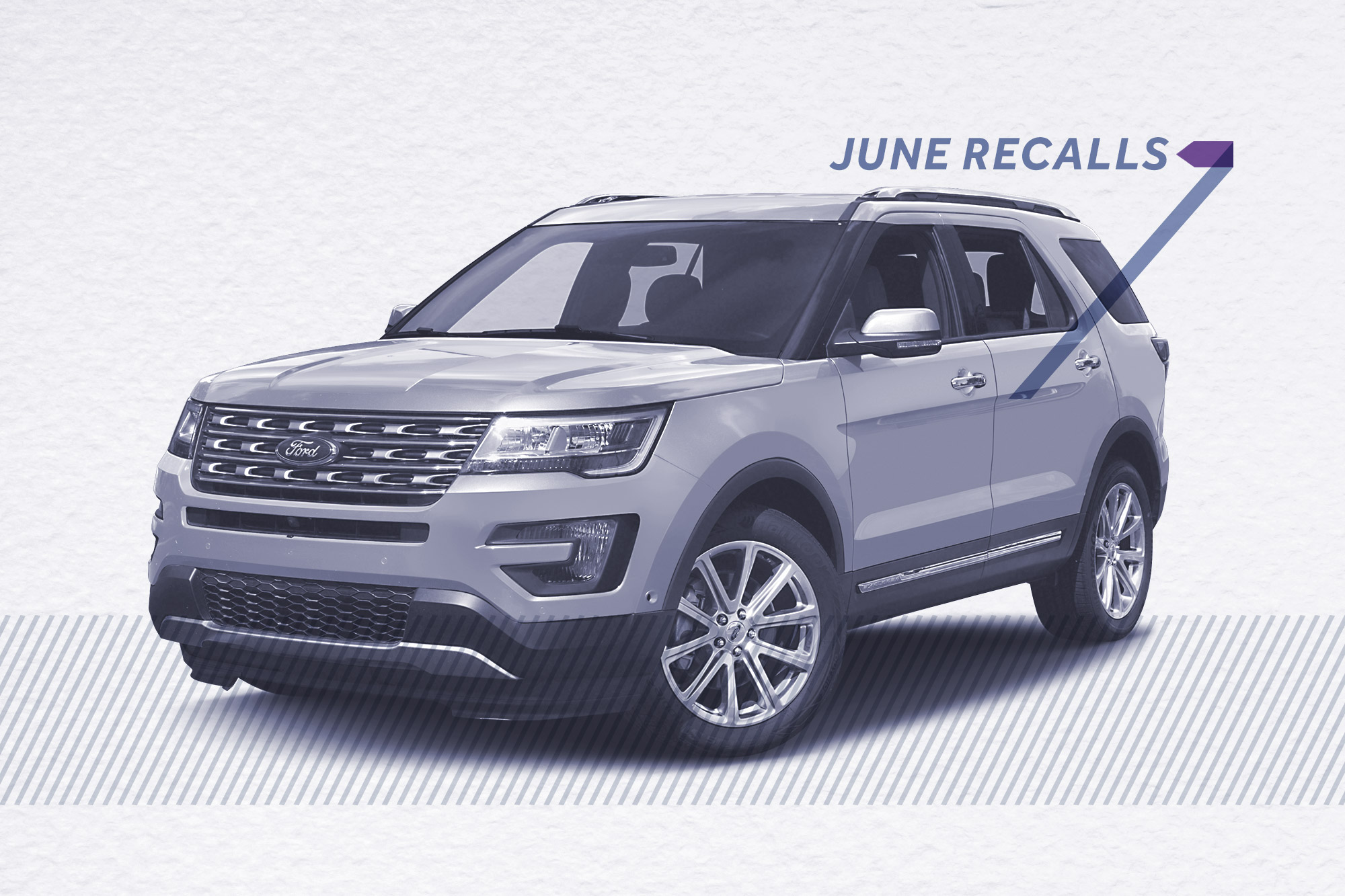 Nobody likes when things don’t work the way they’re supposed to, especially when it’s the two-ton hunk of car parts sitting in your driveway. That’s why, when a problem becomes a complaint becomes an investigation becomes a recall, automakers try their hardest to get your attention so you can get it fixed. It’s not just junk mail — it’s a letter that could potentially save your life.

Thing is, recalls happen all the time. Some are relatively minor; some are, well, the Takata airbag inflator crisis. Each one is important no matter the month, but it can be hard to keep up with knowing if your vehicle is involved.

Not feeling up to speed? We got you. Below are the biggest recalls we covered from June, in terms of volume of vehicles affected. For more coverage, check out our Recalls page, and for a comprehensive list of recalls that include all things road-going, check out the National Highway Traffic Safety Administration’s page here.

May was the first month of 2019 where SUVs weren’t involved in the largest recall of the month, but June marks the second time in 2019 (the first was April) where they were the only type of vehicle affected in the month’s largest recall. The popular Explorer — redesigned for 2020, should you want to see the nameplate’s newest generation — was recalled for seven model years due to a possible developing fracture for the suspension toe link, which inhibits steering and could result in worse damage if left unchecked. Dealers will replace the suspension toe links and perform an alignment, so the solution  is thankfully established.

Were it not for the Explorer, Ram’s 1500 pickup would have had the biggest recall of the month twice on the bounce. Granted, these are different pickups entirely from the Ram 1500s involved in last month’s biggest recall, as they’re from the 2019-20 model year, which are the first in the latest generation’s incarnation. This recall involves the flash memory of the occupant restraint controller, which can disable the vehicle’s airbags and seat belt pretensioners if it’s corrupted. That could lead to serious injuries during a crash, so this is a case of better safe than sorry. A dealer reprogramming solves it.

Audi may have had recalls that didn’t affect many nameplates in its lineup, but those that were affected were hit hard. This is another example for the Q5 and its SQ5 performance variant, where trim covering the wheel arch can loosen. The problem affects more than 126,000 of the SUVs. While it may seem less serious than other recalls, the detached trim could become a road hazard for others. Don’t be that person; get dealers to secure the trim to resolve the issue.

Following on from a previous recall in February, this recall for nearly 108,000 Ford F-150s amends an earlier update to the software for the powertrain control module. That recall was supposed to prevent a potential unintended downshift into 1st gear and illuminate a light indicating a malfunction in the event of an intermittent signal from the transmission’s output speed sensor. If you were too lazy to get your truck fixed the first time, you can ignore this one … and just get it fixed with the right software like you already should have. This notice applies primarily to owners who were on the ball from the February recall.