For 41 years, the Concours d’Elegance of America at St. John, formerly known as the Meadowbrook Concours, has extended an invitation to select owners from across the country and Canada to display their rolling automotive art. This Detroit-area event is among the finest concours in the country, right up there with Pebble Beach and Amelia Island, as it celebrates automotive style and design at the highest levels.

Concours d’Elegance is a French term meaning “a competition of elegance.” Its origins come from 17th-century France, when aristocrats paraded horse-drawn carriages through the parks of Paris. Today the tradition is celebrated by displaying the world’s finest automobiles—Ferraris, Rolls-Royces, Duesenbergs, and Bugattis—all common sights at this prestigious show.

Yet we are noticing a shift in the makeup of these premiere events. While Pebble Beach and other high-end concours have traditionally been focused on pre- and immediately post-war classic and coachbuilt cars—those Duesenbergs and Bugattis—show organizers have expanded their reach into prime examples of performance cars. Hot rods have been on display at Pebble every other year since the late 1990s, while Amelia Island has recently displayed muscle, custom, and drag race cars. 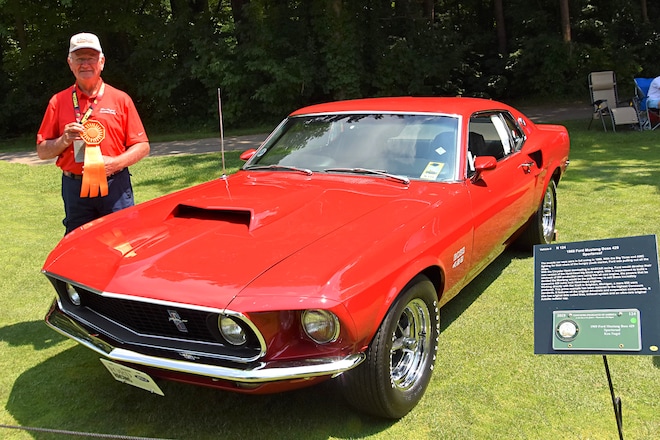 Several years ago, Bob Ashton, the managing member of the Muscle Car and Corvette Nationals (MCACN), was called in to coordinate what has become one of the most popular features of the Concours d’Elegance of America: muscle cars. This year the show celebrated the 50th anniversary of the 1969 model year with a special display of 17 of the absolute best of the best in American muscle, proudly parked among the many exotics and classics.

In addition to the American Muscle category, there was also a separate display featuring some of Hurst’s finest offerings, including prototype Hurst/Olds from The Brothers Collection.

The Muscle Car class had some of the finest offerings from each manufacturer. A prime Boss 429 Mustang, and the Super Cat Cougar, built with input from Don Nicholson for a Coca-Cola giveaway promotion, were shown for Ford and Mercury fans. Chevrolet enthusiasts were treated to a cross-ram Z/28 Camaro, the one and only red-on-red ZL1 Camaro, a COPO Chevelle, and an unrestored original L88 Corvette. Pontiac fans saw a GTO Judge convertible, a Trans Am, and a Ram Air IV Firebird convertible. Mopar spectators took in a stunning black 440-6 BBL Road Runner, a 440 Six Pack Super Bee, and a freshly restored and first-time-shown Hemi Dodge Daytona. Not to be left out, an Oldsmobile 4-4-2 W-30 convertible, a Buick GS Stage 1 convertible, and a show-stopping AMX rounded out the field. 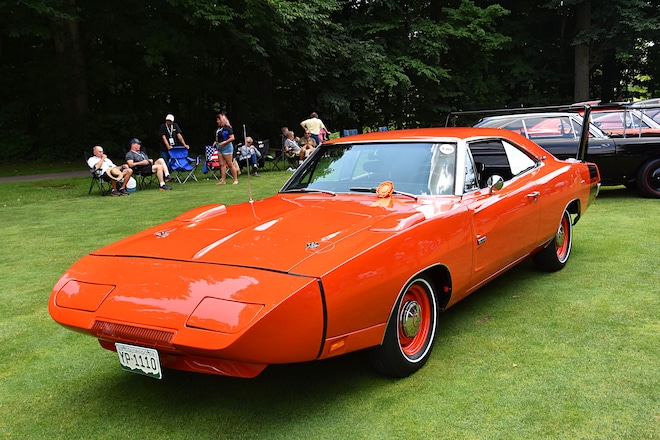 The judges for the Muscle Car class have close ties to Detroit manufacturers and are also true car guys in every sense, as they have great passion for automotive design and performance. Mark Trostle, the head of performance (SRT), passenger, and utility design at Fiat Chrysler Corporation, was joined by Thomas Sidlik, who is currently on the Board of directors for Cooper Standard, a global OEM supplier, but is also retired from the board of management for Daimler Chrysler AG. The third judge was Mark Reuss, the president of General Motors Company, who heads up the Global Product Group, Cadillac, and Global Quality.

Maybe the most impressive happening of the show was that the American Muscle group scored two top overall awards: Most Significant Ford and Most Significant Chrysler of the entire show. This is a huge honor, as it’s chosen from all of the cars, in all of the classes. They certainly put to rest any doubts that a muscle car could compete at a concours-type show. The owners need to be recognized for their outstanding efforts with these truly pinnacle-level automobiles.

We are told that the 50th anniversary theme will return to the Concours d’Elegance of America at St. John in 2020 with an entire class of 1970 muscle cars. Visit concoursusa.org for more information. 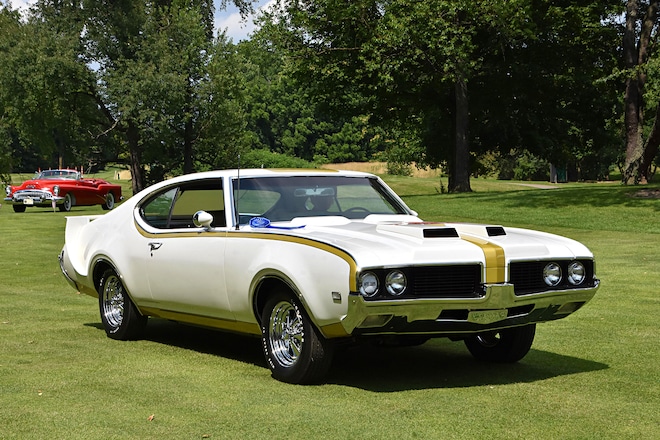 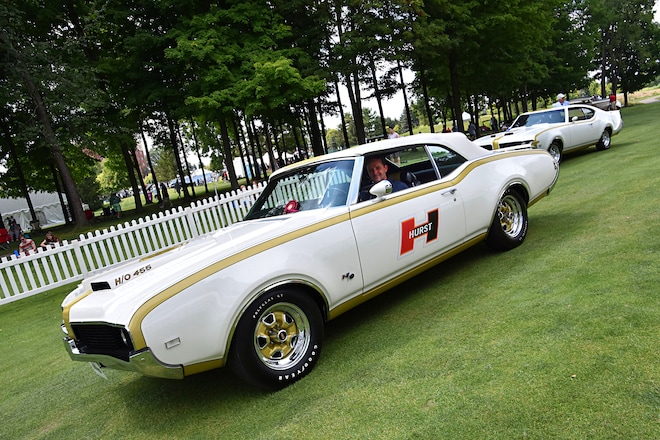 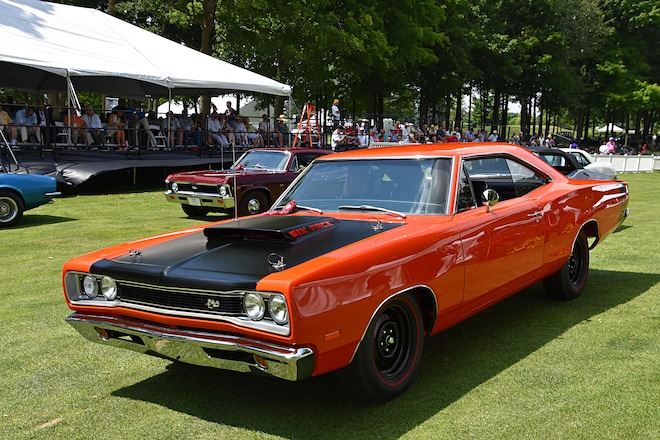 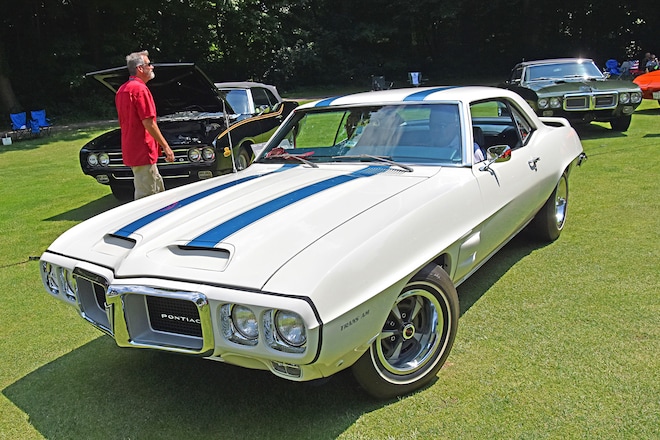 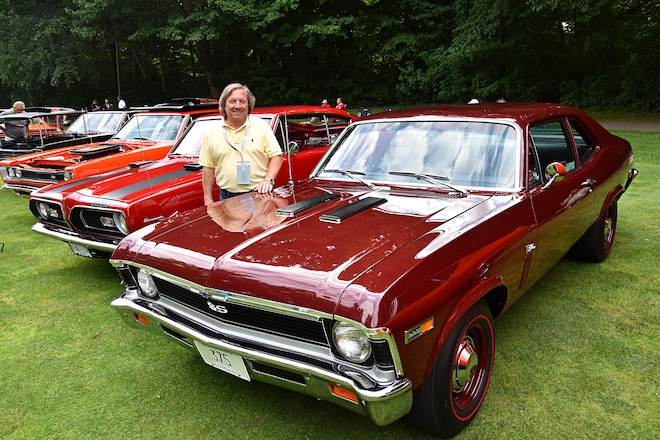 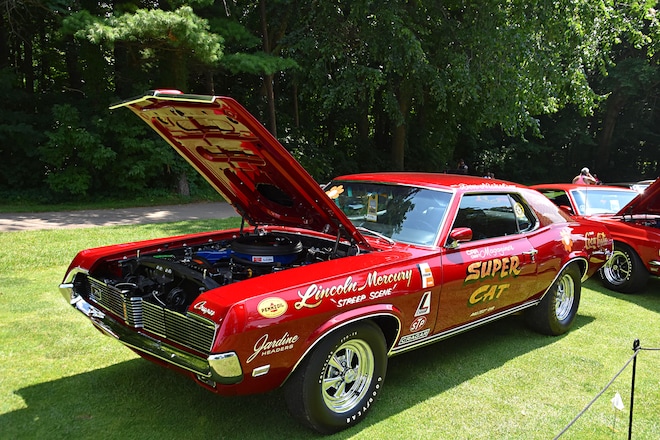 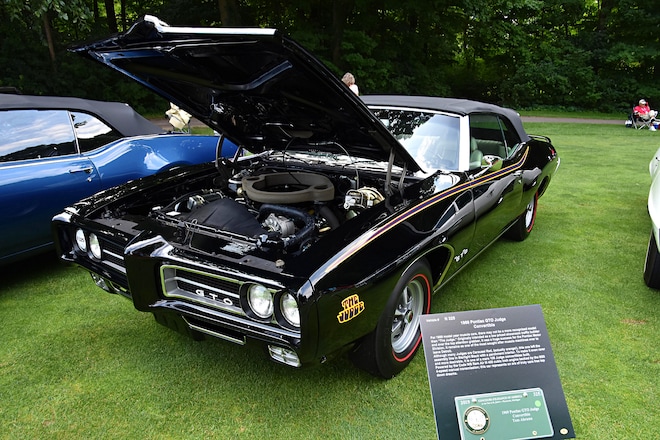 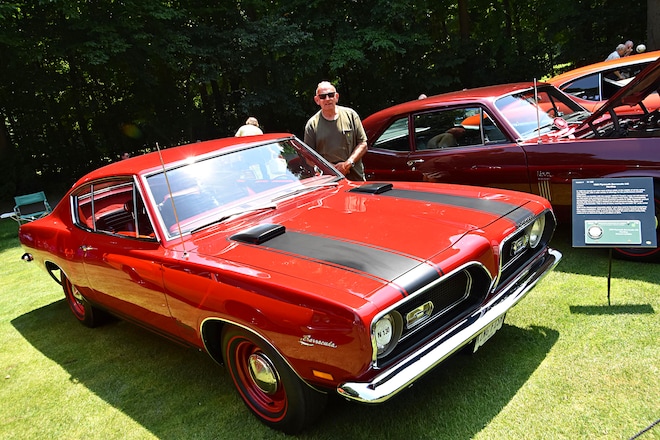