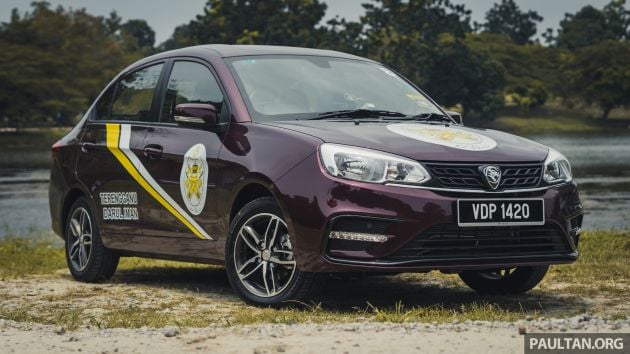 According to the national carmaker, its year-to-date (YTD) sales volume now stands at 86,739 units – a 1.6% improvement over the 84,999 units recorded during the first ten months of 2020. Meanwhile, Proton’s forecasted market share for last month is estimated to be 20.5%, which is lower than the 21.3% posted in October 2020. In terms of YTD sales, the company says its market share currently stands at 22.7%.

As it has been for every month this year, the Saga continues to be the brand’s most popular model with 5,107 units delivered in October. This is the third time the model has crossed the 5,000-unit mark in 2021, although it isn’t the best-selling vehicle in the country this time around.

Proton’s SUVs continued to lead in their respective segments, with the X50 managing to achieve its best month since its launch with 3,839 units. The X70 also saw 2,165 units delivered in October, its best achievement since March this year.

As for other models in the range, the Exora continued to lead the C-segment MPV segment with 359 units sold, but the latest Iriz and Persona were badly affected by the chip shortage. The reduced production for the B-segment models meant just 1,393 units of the sedan and 497 units of the hatchback made their way to customers.

“Proton’s sales in October can be summarised as a story of strong buyer demand and unrealised sales potential. While we are happy with the continued popularity of the Proton Saga and our achievement with the two SUVs, we missed out on adding more units to our final tally as we continue ramping up our supply of components. Market demand however is expected to remain strong towards the end of year, so we are working diligently towards closing 2021 on a high note,” said Roslan Abdullah, CEO of Proton Edar.

The government’s decision to extend the SST exemption period to June 30, 2021 was also something Proton welcomed, with the company saying buyers who have been patiently waiting for their vehicles no longer need to worry about missing out on the incentives if their cars are delivered next year.

“Proton would like to thank the Malaysian government for extending the SST exemption. By doing so, it gives us a chance to fulfil the bookings we have already received and doesn’t unfairly penalise customers who are waiting due to circumstances beyond their control. We predict the extension will also help to spur sales through the first half of next year when there could be more new models introduced to the market,” Roslan commented.