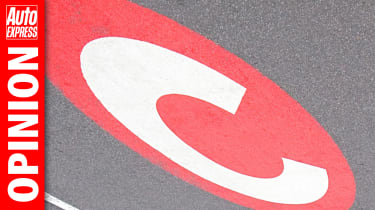 Loooking for a juicy, ever-worsening saga that continues to extract additional billions from citizens who’ve already paid more than enough tax? Look no further than the abomination that is the recently expanded London Congestion Charge, which now costs motorists £15 a day, or circa £4,000 a year for those who drive into the capital each weekday.

It feels to me like legalised theft, an unjustified tax, daylight robbery, and financial punishment wrapped up as a justifiable ‘charge’ – which it ain’t! London, 2003, was its place and time of birth. But this doesn’t mean the only victims live in or around the capital. Con Charges are dumped on millions more in the suburbs and beyond who need to drive into London. Reckon this has nowt to do with you? Then you forget such a scheme is exportable to other cities and towns.

The Con Charge is a monster, illegitimately born out of a warped, car-hating courtship between unfit and unlikely parents. Independent, then-Labour, public-transport-obsessed London Mayor Ken Livingstone unleashed it in 2003, raking in millions until 2008. His successor – bicycle-bonkers Boris Johnson (Conservative) – enjoyed even more revenue between 2008 and 2016. Then, since 2016, bus-obsessive Sadiq Khan (Labour) retained the charge, but made it massively more expensive and lucrative.

How’s that for an undemocratic and suspicious lack of policy differences between money-grabbing major parties (not that the Greens or Lib Dems would’ve made any difference) over 17 years of political antics in which car users were – and are – comprehensively mugged?

Last month, PM Johnson reportedly ordered Khan to extend the Con Charge way beyond central London so that it covers more square miles, and lifts more cash from the pockets of motorists. The still notoriously anti-car Labour leader of the capital city appeared to resist the demand from the Conservative ruler of Britain, but I smell a rat.

Such an extension would extort billions more from drivers and, in turn, Johnson and Khan, plus their political colleagues, will have even more of OUR money to play with and waste. Bizarrely, this month the extension proposal is alleged to be OFF the table. But I suspect this only a temporary stay of execution. A wider, Con Charge zone will be irresistible to politicians who understand the concept of money for nothing.

I fear a stitch-up, and one that operates like a horribly undemocratic political cartel, whereby the only major (or minor) parties with realistic chances of winning (or sharing) power possess the same Con Charge/milk-the-motorist ticket. In its current guise (or the much talked about, more punitive extended form), Londoners and visitors to the capital will be stuck with it, as it’ll become the norm in the south, but then the north, west, and east. Or a so-called ‘compromise solution’ will see the discredited charge replaced by pay-per-mile tolling – first in London, later in many or most other places.

This is already being discussed at the highest levels. Hurts me to say it, but national, 24/7 road tolls for all drivers on all days are easier and more profitable to run and collect (via monthly invoices) than local Congestion Charges for some drivers on some days.

The inevitable question is, will a nationwide system force us to pay pennies or pounds per mile? Either way, the politicians will undoubtedly take more billions from us.

But maybe not – if we loudly say, and peacefully show, that enough is enough.