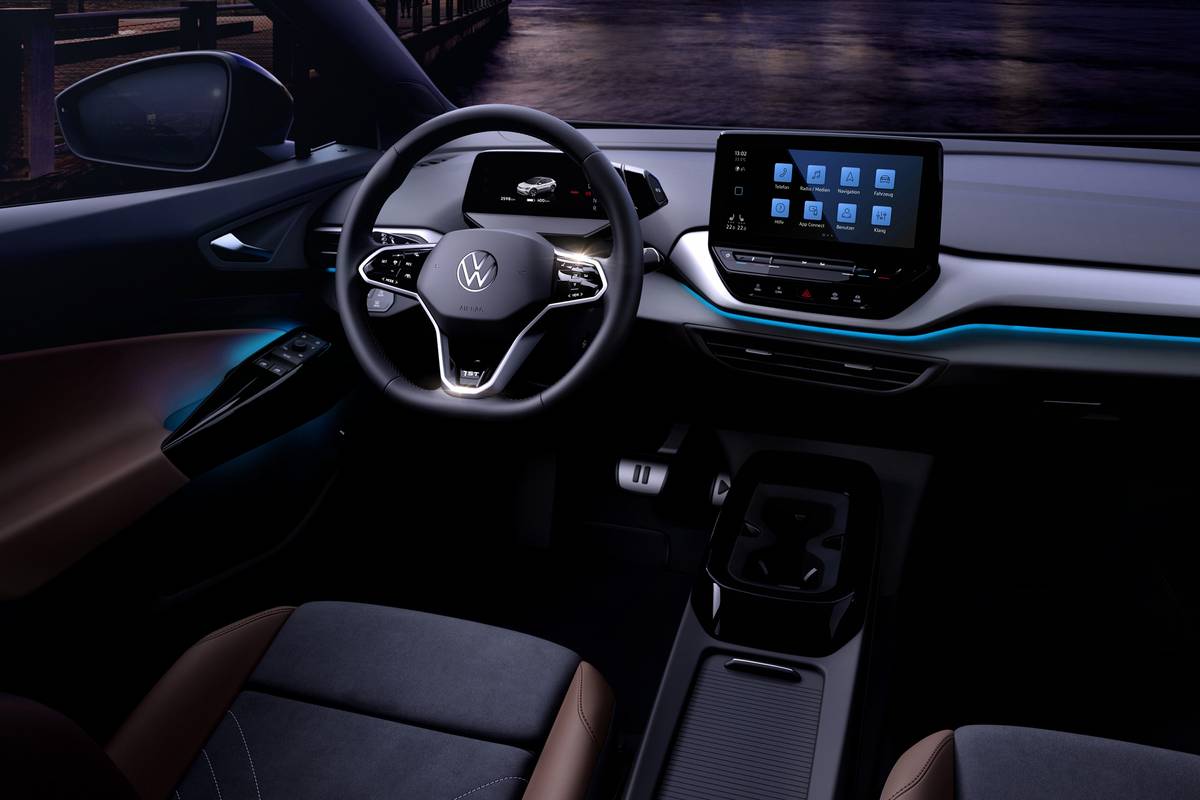 Volkswagen has said its first all-electric SUV will have ample space and a modern design — and now it’s showing us. The automaker released interior pictures of the ID.4, loosely based on the ID Crozz concept.

The cockpit has a minimalist design with the dashboard screens appearing to float in the cabin. A 30-color ambient-lighting system is available along with an intuitive lighting-effects system; the latter signals to the driver certain vehicle information, such as whether the vehicle’s drive system is active and that the car has been unlocked or locked.

These systems, plus the cabin color choices of Lunar Grey and Galaxy Black paired with Piano Black or Electric White trim, contribute to the interior’s modern look.

Volkswagen says the ID.4 will make its world premiere later in September.