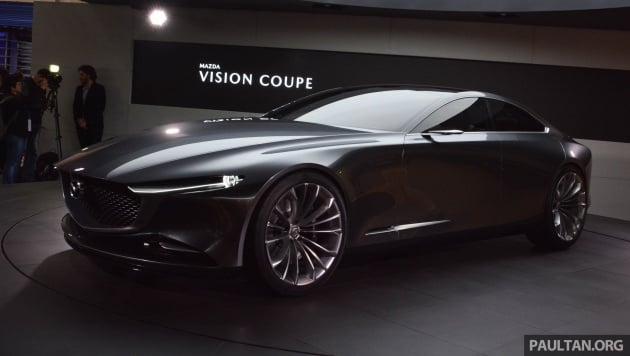 Mazda announced last year that it will be rolling out a slew of new models of the Large Product Group, which are to be built upon its new Skyactiv Multi-Solution Scalable Architecture that has a front longitudinal engine, rear-wheel-drive layout.

The first of these, the CX-60, has in fact been launched, and it will be followed by several more, namely the CX-70, CX-80 and CX-90. The confirmation of this driveline configuration for Mazda’s new and upcoming line of SUVs however appears not to include the next-generation Mazda 6 in its future.

According to Mazda Europe development and engineering chief Joachim Kunz, previous rumours of the next Mazda 6 with a longitudinally-mounted inline-six engine and rear-wheel drive won’t come to fruition, even in the CX-60 has been confirmed to receive a 3.0 litre petrol and 3.3 litre turbodiesel in the future.

“It would be very nice to have the front-engine, rear-driven concept and six-cylinder engine for a Mazda 6 successor or large sports coupé. We would like to have it, but at this point in time, it’s most important to sell SUVs. This SUV trend is continuing, and even more so for Mazda. It’s what’s selling best,” Kunz was reporting as saying to Autocar magazine, as quoted by Australian publication Drive.

Being the first to be produced on Mazda’s Skyactiv Multi-Solution Scalable Architecture, the CX-60 also features the brand’s first plug-in hybrid powertrain, consisting on a 192 PS/261 Nm Skyactiv-G naturally aspirated 2.5 litre petrol engine and a 136 PS/250 Nm motor situated between the engine and the eight-speed automatic transmission. 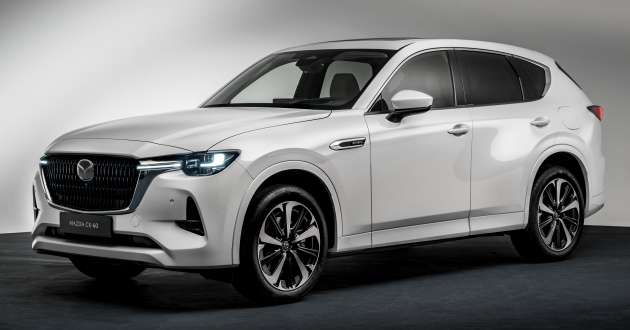 Mazda Europe’s remarks made to Autocar reflects the sentiments of Mazda Australia. Mazda’s global focus will be on its SUVs based on the new Large Architecture, because the traditional sedan market has been shrinking for many years, not just in Australia,” said Mazda Australia marketing director Alastair Doak to Drive.

It therefore appears that concept models such as the RX-Vision and the Vision Coupe may remain just concepts. That said, the RX prefix in the nameplates for past Mazda coupés has historically meant the use of rotary engines, and the Japanese manufacturer’s patent filings for a rotary hybrid powertrain was sighted earlier this year.

Of course, patent filings are by no means confirmation, though an earlier filing of a sports coupé structure patent could mean there is life yet to come for a future rear-wheel-driven Mazda two-door, even if the latest news has thrown cold water on the sedan/coupé application of the inline-six engine.