The 2022 New York Auto Show is in full swing, but there’s another auto show happening nearby that’s arguably a bit cooler. Brand new vehicles and concept cars certainly garner attention, but so does a Chrysler Pacifica with a Hellcat V8 under the hood. For that matter, so does a bright red classic Bronco personally restored by an accomplished Hollywood actress.

That’s what you’ll find at the first-ever New York Auto Parts Show, sponsored by eBay Motors and running concurrently with the larger show. In some ways, it’s not unlike the infamous SEMA show, showcasing parts for the built-not-bought crowd while featuring high-profile project vehicles to get you motivated on finishing your own.

How high-profile are we talking? You might recognize the Pacifica Hellcat; back in March we mentioned it was a new work-in-progress from car YouTuber Tavarish. Sticking with the engine-swapped YouTube car scene, Emelia Hartford is known for her insanely fast C8 Corvette but at the New York Auto Parts Show, she has a Toyota Prius called the rEVamp. It trades the standard hybrid mill for a Honda K24a four-cylinder engine, connected to a six-speed manual. The V8-swapped Tesla from Rich Rebuilds is also there, and for the off-road crowd, there’s a wild 6×6 1990s-era Ford Ranger from Grind Hard Plumbing Company. 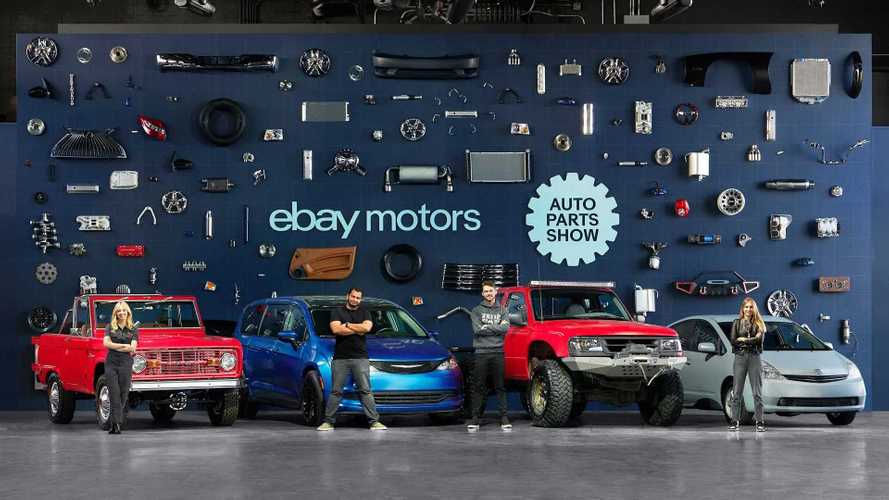 Hollywood is also represented at the show in a very special way. Last year, Motor1.com was the first to report on actress Sydney Sweeney getting hands-on to restore her 1969 Ford Bronco. She managed to wrench on the classic off-roader while continuing to star in HBO’s Euphoria and other projects like The Voyeurs for Amazon Prime. She shared progress of the build on her TikTok channel called syds_garage, handling everything from suspension upgrades to rust repair, welding, and transmission work. The last update on her channel was from January 2022, but now we see the brilliant red Bronco is finished and looking great.

The New York Auto Parts Show opens on April 14 at the Classic Car Club of Manhattan, located on Pier 76.