The road to production has been long for VW’s new electric microbus. The ID. Buzz first landed on our radar way back in 2017 – early 2017 to be specific. It should finally arrive next year across the pond, though US buyers still have at least another year to go. New spy shots at least show us that testing and development is still happening, and not just on the vehicle proper.

When the ID. Buzz goes on sale, a large gumball machine on the roof won’t be an option. In September, Volkswagen Commercial Vehicles showed us a prototype fitted with a bevy of cameras and sensors to develop advanced autonomous driving systems and that’s what we’re seeing here. It’s not the same prototype, however. That was a cargo version, whereas this ID. Buzz has full windows on the side, with seats visible behind them. 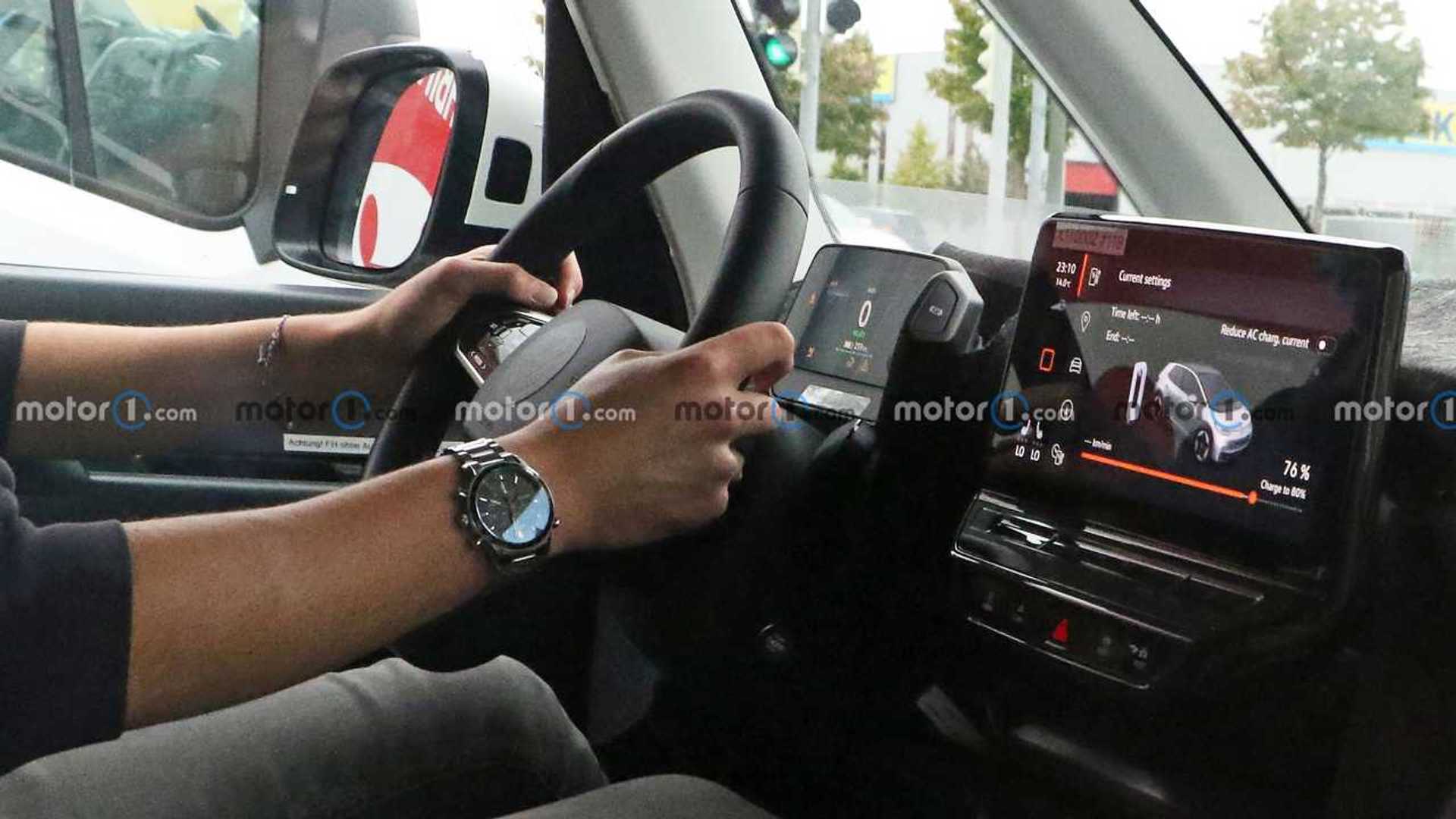 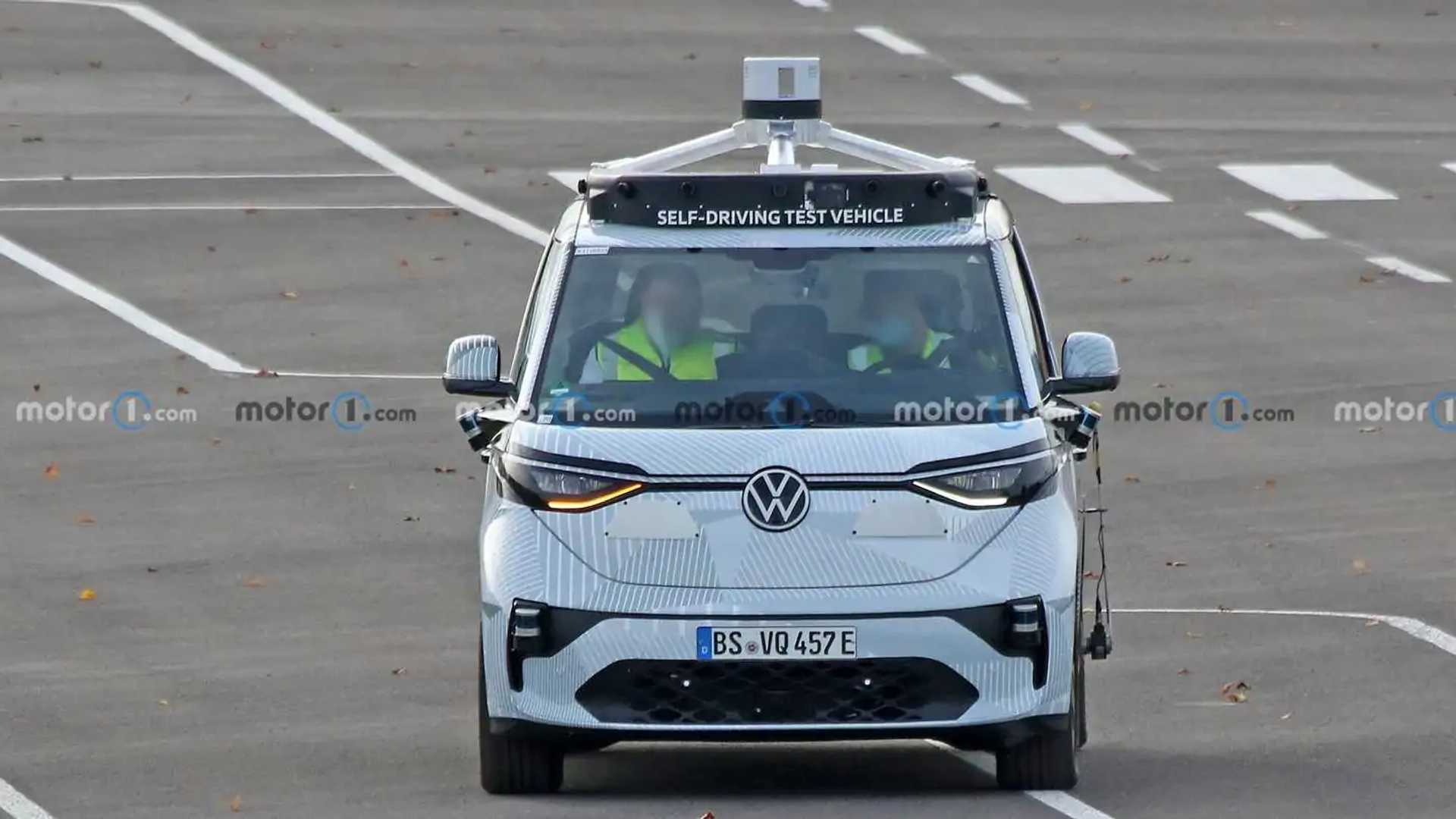 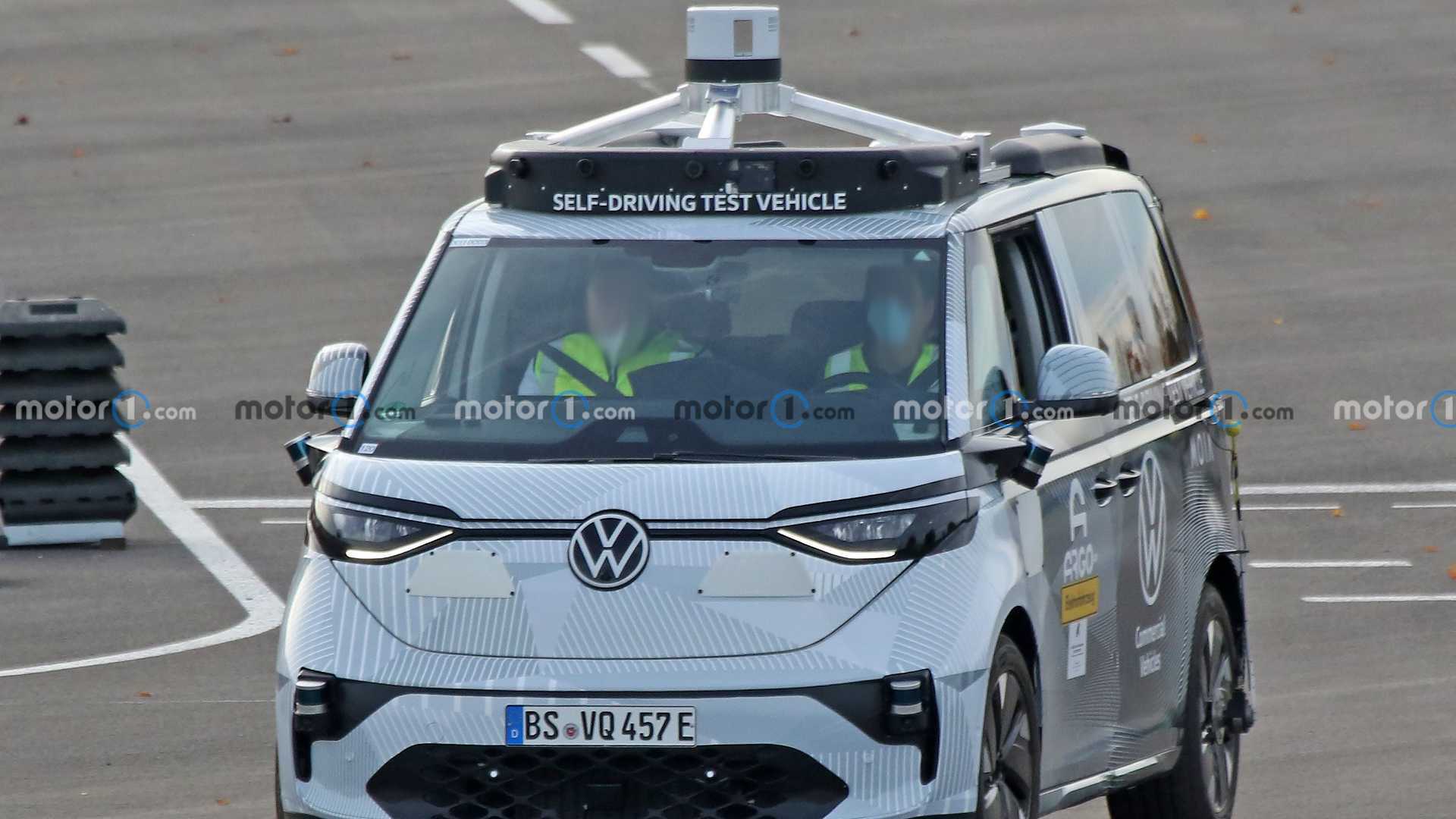 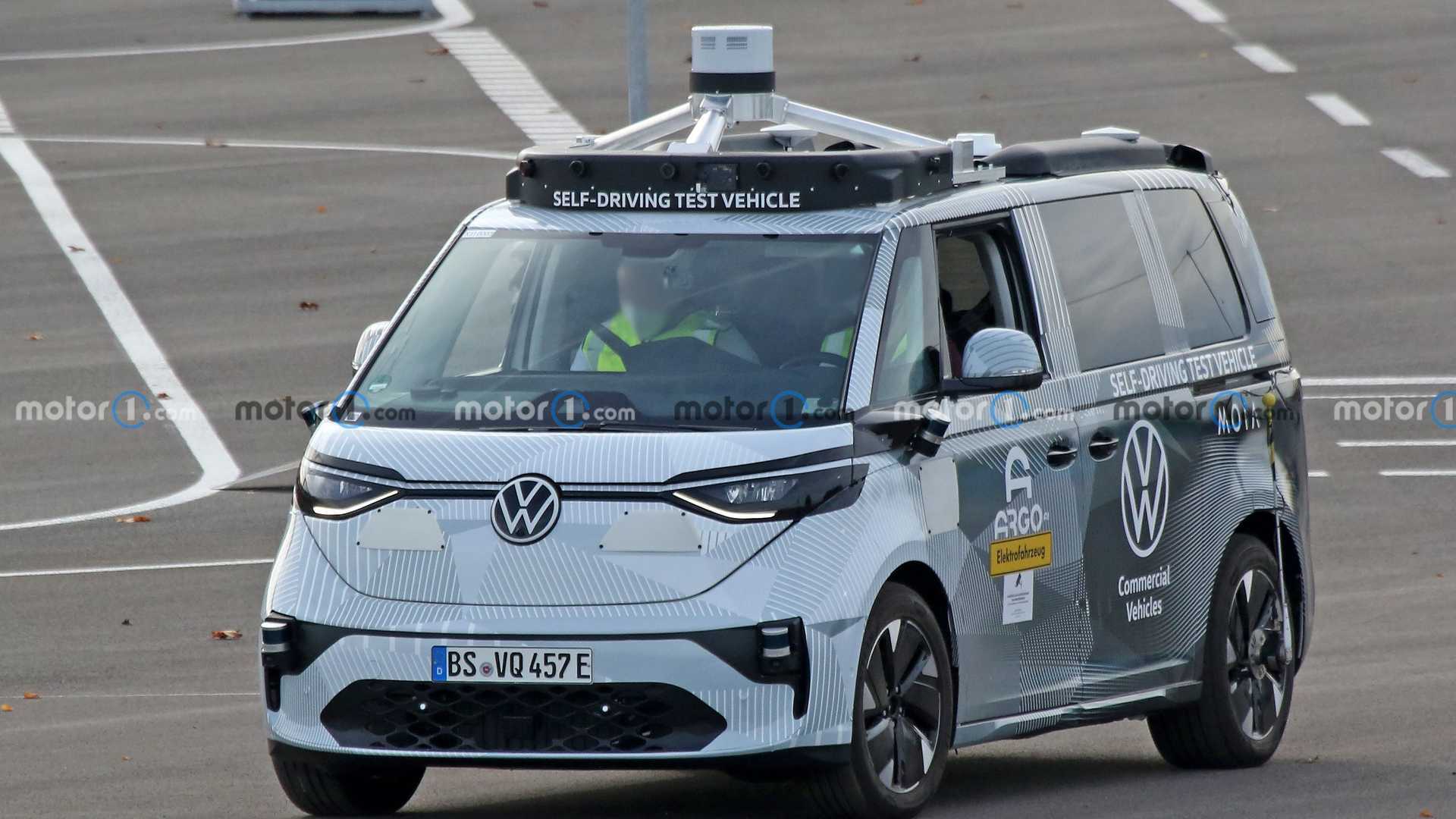 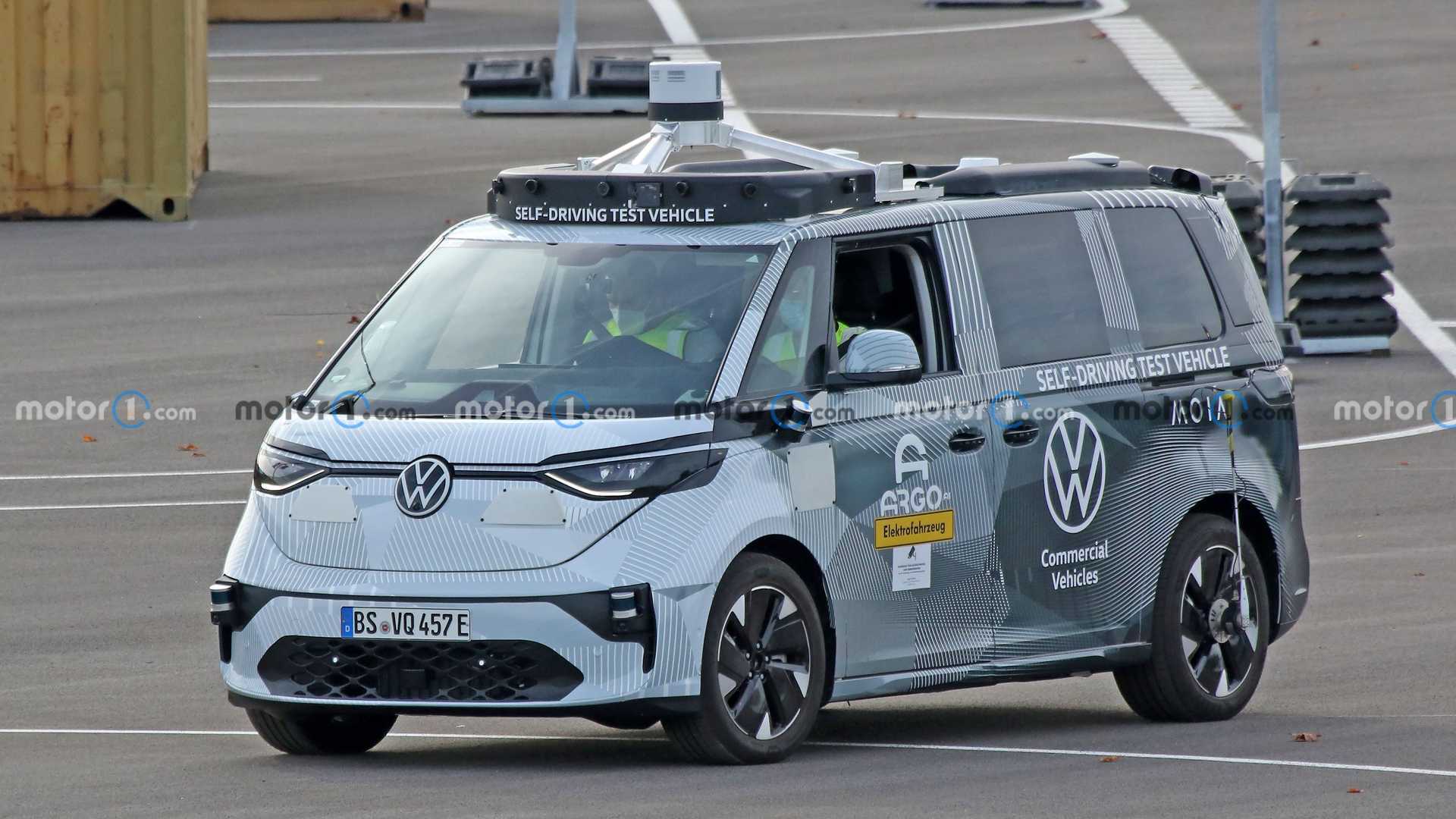 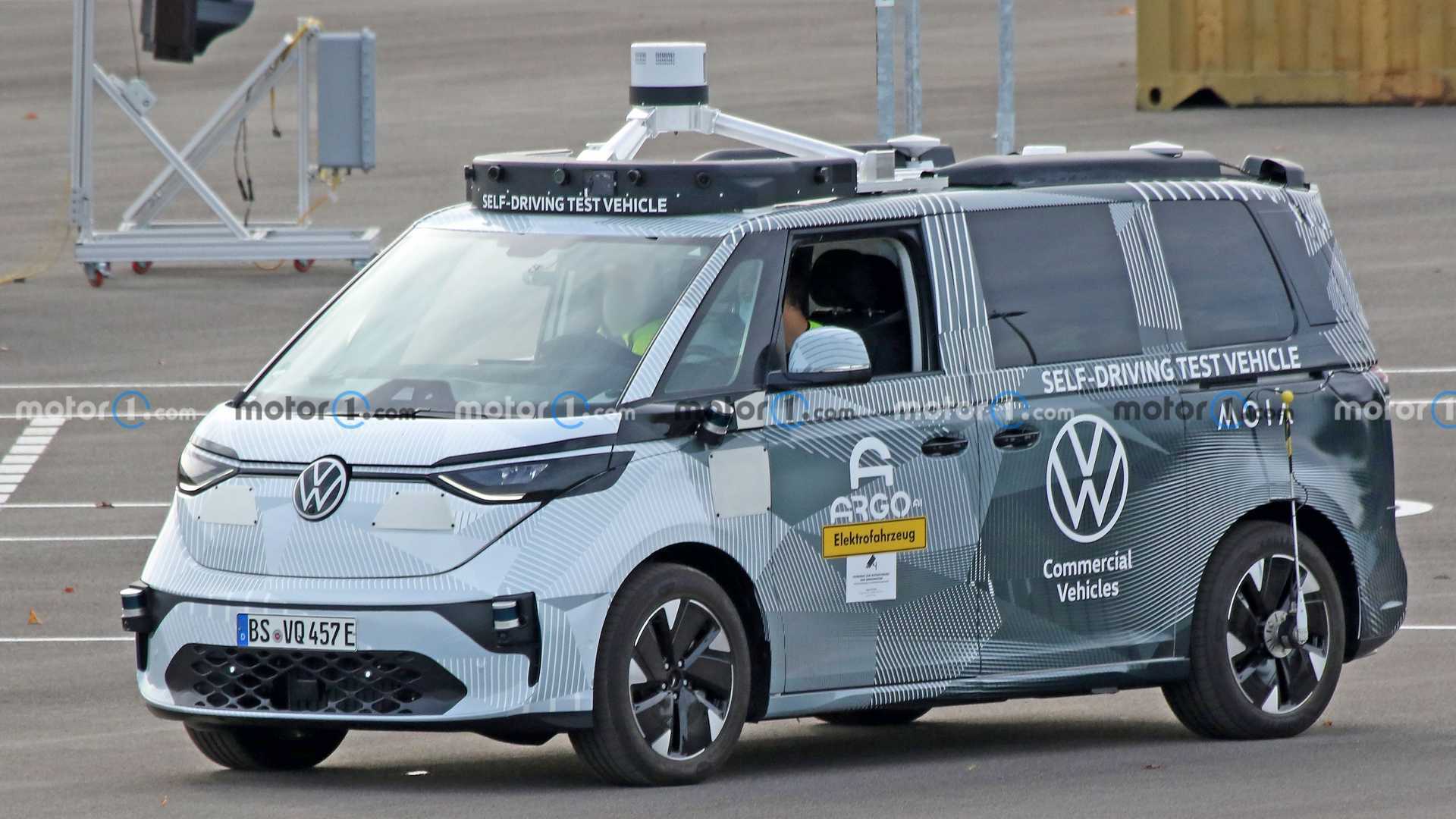 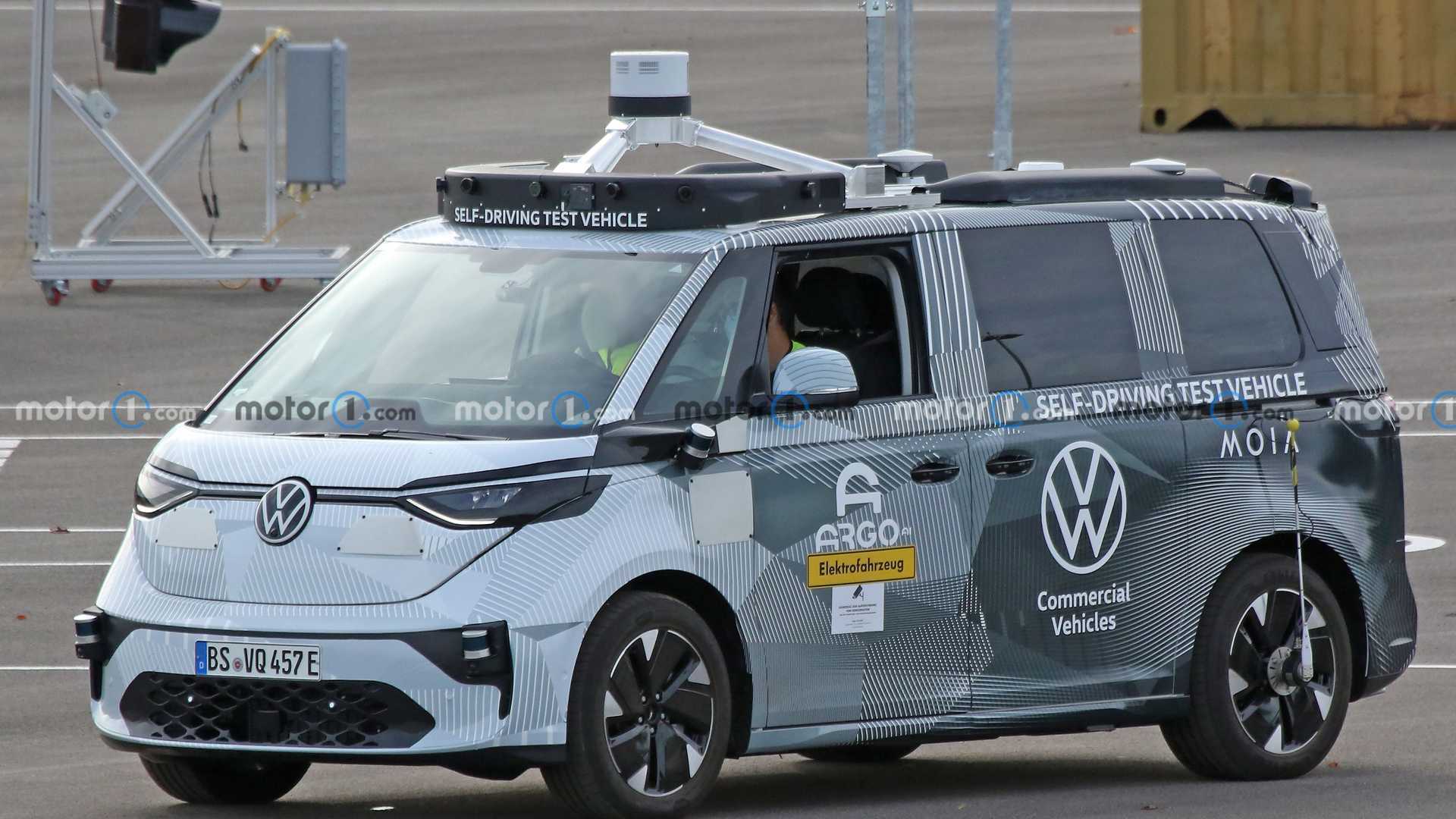 This is the six-passenger model, but the exterior is just as decked-out with test equipment as the cargo model. Still, the visible windows give us a better look at the van’s profile, outlining the shape of the pillars and offering proportions on how the passenger Buzz will look on the street. The headlights are only partially obscured by tape, but don’t be fooled by the size. The black covering extends well onto the fenders but the headlights will actually be much smaller. At the rear, camo wrap actually hides the size of taillights, but otherwise, the thin wrap doesn’t leave much to the imagination.

Fortunately, this prototype was captured with the front windows down, allowing the spy photographer to zoom in for a close look at the dash. An ID. Buzz interior test mule was caught with windows down back in June, wearing the body of a T6 Transporter. We can now confirm that the test mule (pictured below left) was dead-on accurate, as we see (below right) the same digital layout with a modest screen for the driver and a larger floating-style touchscreen in the center dash.

When the ID. Buzz finally enters production, it will utilize VW’s MEB platform and as such, various configurations turning just the rear wheels or all four should be available. In traditional microbus fashion, it won’t be a powerhouse with 200-horsepower (149-kilowatt) motors likely, though 300-hp (224-kW) options could be available. A microbus with 300 ponies? That could be quite a riot, actually.

Look for the ID. Buzz to debut in European markets midway through 2022 as both a cargo and passenger van. Americans will have to wait until 2023.