Maserati’s new SUV is nearing the end of its testing phase, but prototypes remain covered in camouflage wrap. And by that, we mean covered from top to bottom, including the wheels. This time around, we’re treated to a glimpse of the interior, which we haven’t seen before.

The best angle is from the driver’s side, where the steering wheel and driver portion of the dash are uncovered. The photos come from our friend Walter Vayr on Facebook, and though they’re shot from some distance, it sure looks like the Grecale’s wheel draws inspiration from the MC20. The prominent round airbag and short three-spoke design are easily seen, not to mention the prominent paddle shifters for the transmission. We can also see reflections from the digital instrument cluster, and from this vantage point at least, it looks quite different from both the larger Levante and the Alfa Romeo Stelvio, of which it shares underpinnings. 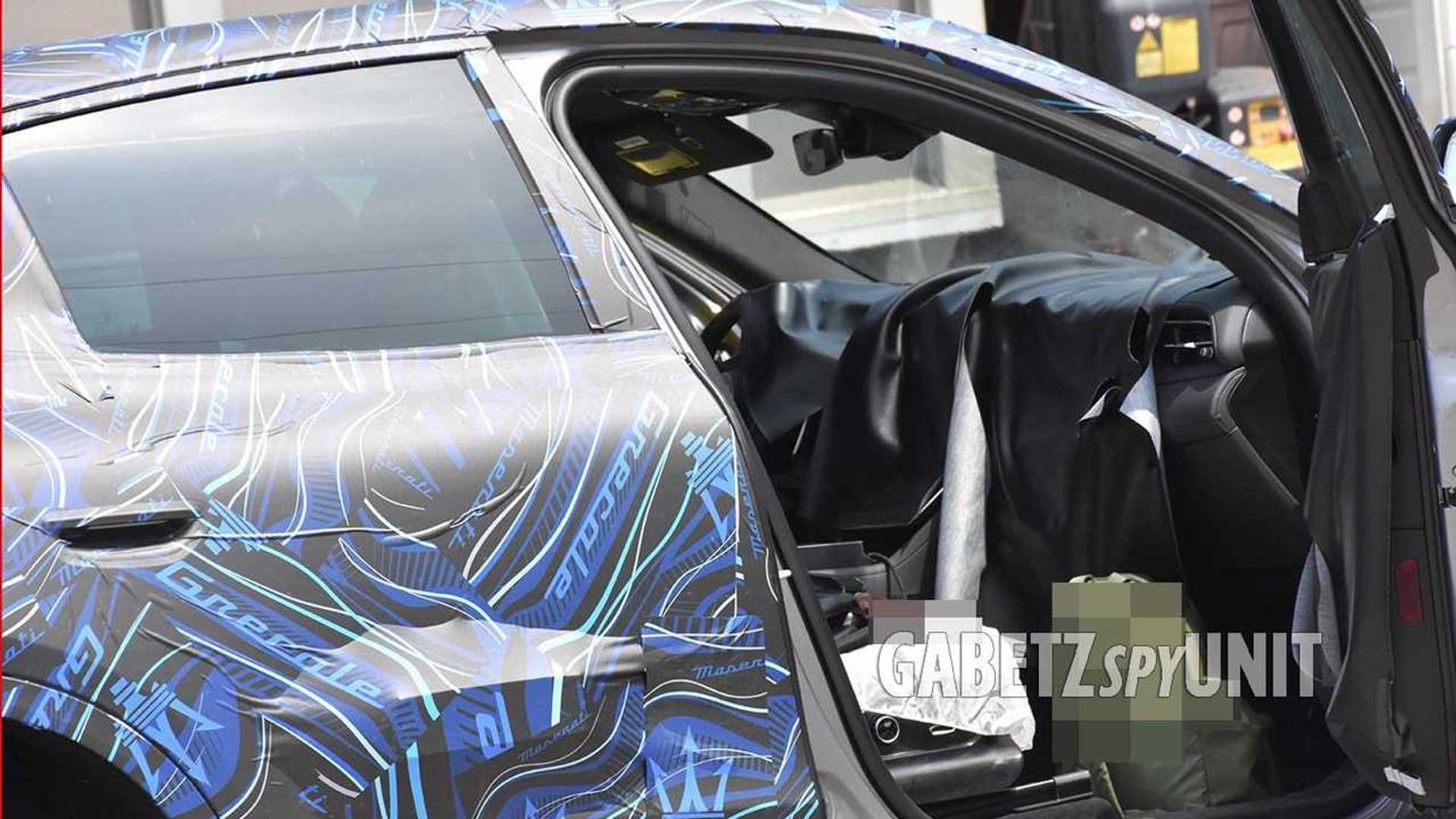 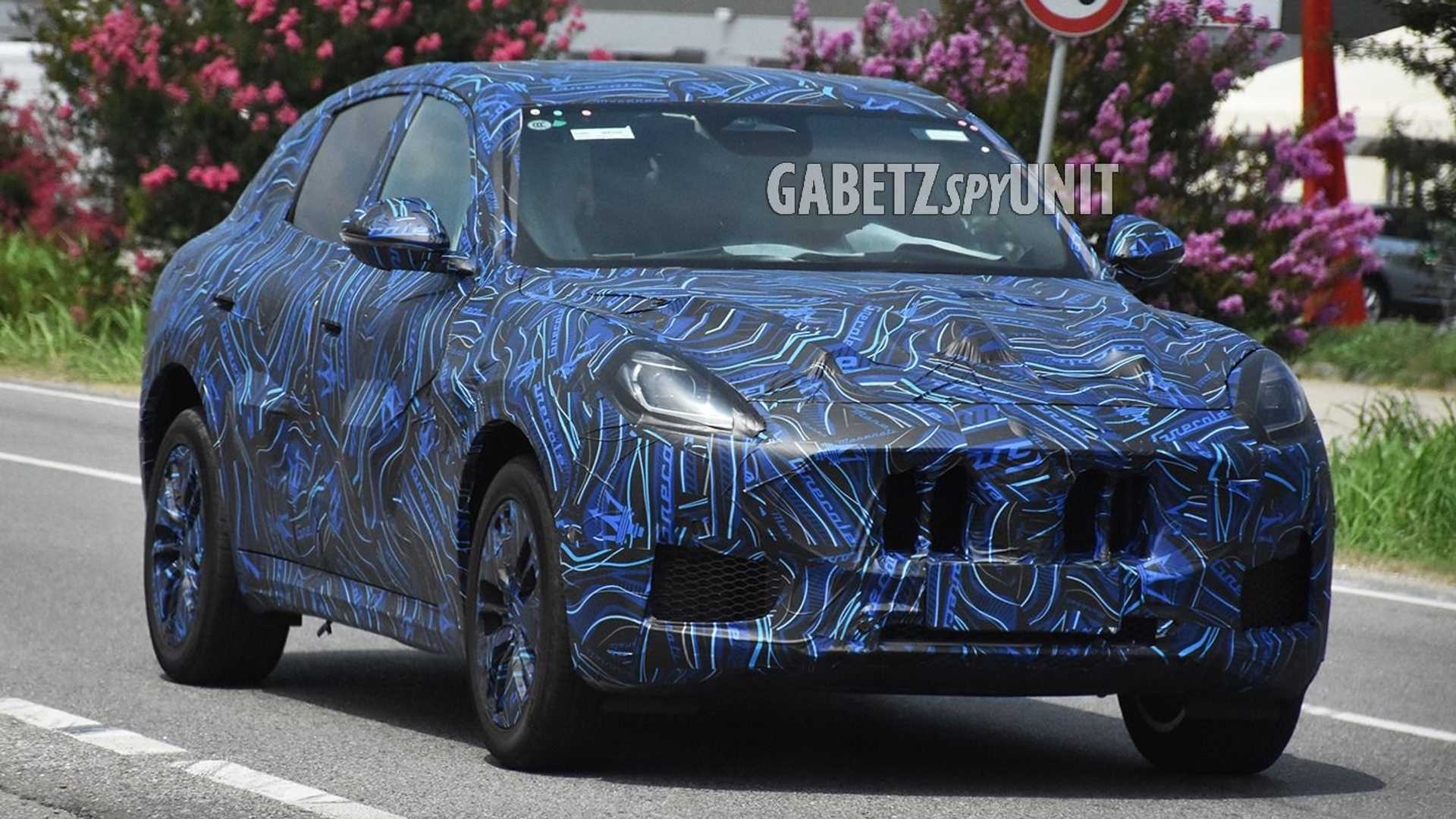 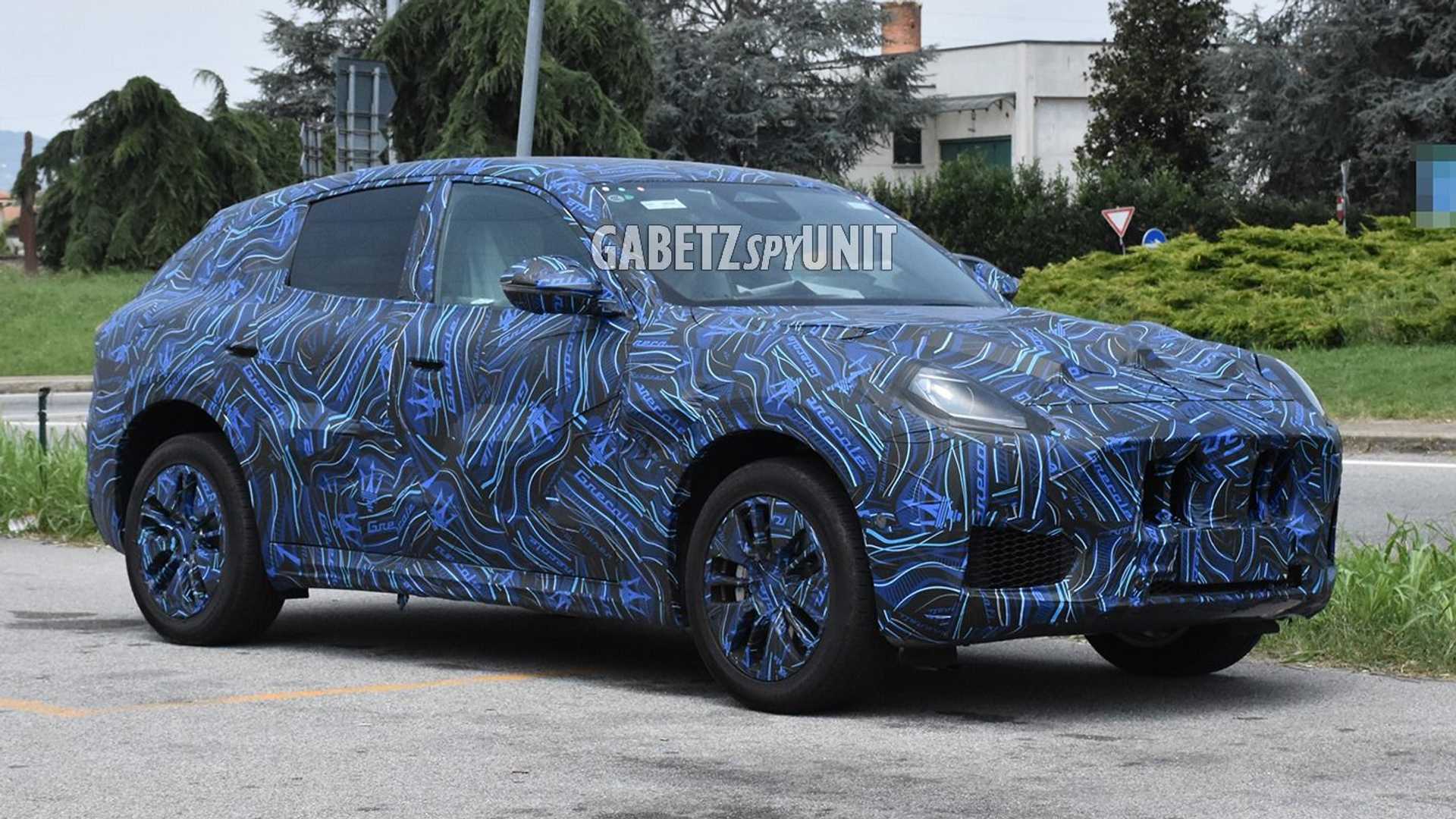 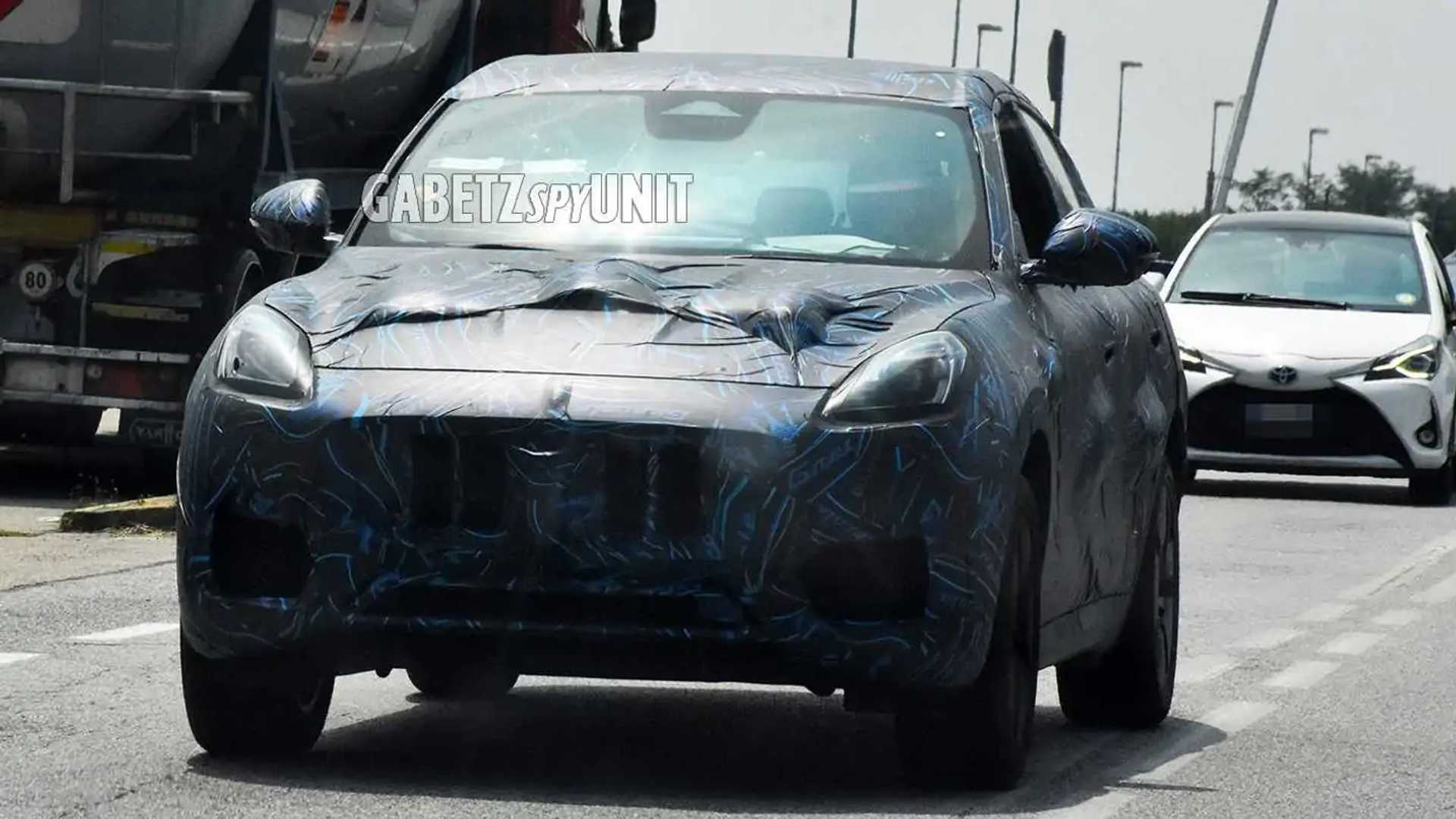 There are also shots from the passenger side with the door open, but all we can make out is a rectangular air conditioning vent at the corner of the dash. Everything else is covered, though the elevated cover at the center of the dash suggests the infotainment screen could sit high up as opposed to an integrated design. That would also set the Grecale apart from the Levanti and Stelvio.

Outside we have the same camouflage pattern with lumpy bits seen previously on prototypes. If you’re wondering how we can be sure this is a Maserati Grecale, the camouflage wrap actually has it printed along with the automaker’s iconic trident symbol. Yes, the branded wrap even reaches the wheels, presumably to simply blend better with the body. The wrap is still heavy, but these shots give us a closer look at the Grecale’s backside where the taillight design with a bisecting metal strip is easy to spot.

The Grecale will be built alongside the Stelvio, and when it debuts later this year, we expect to find a standard-issue 2.0-liter mild-hybrid powertrain with the MC20’s twin-turbocharged 3.0-liter V6 being an option. An all-electric version will come later per Maserati’s announcement that all new models will have electrified variants. At this point, all that’s left is to pull the camo wrap and make the Grecale official.