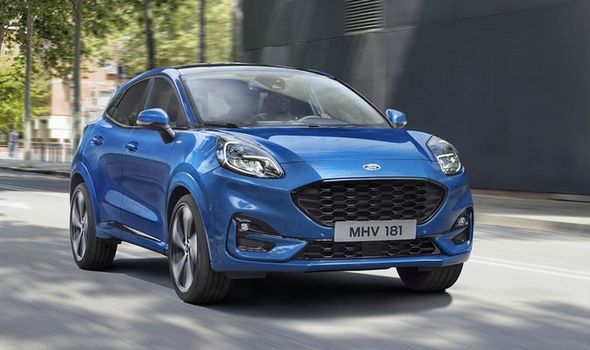 Ford has now unveiled the all-new Puma, an SUV/crossover which will sit between the EcoSport and Kuga. Puma was a nameplate used by the American car manufacturer for a compact two-seater affordable sports car which was around in the late 90s and early 00s. The car picked up a Top Gear Car of the Year award and was praised for its performance and low price tag. Ford has decided to resurrect the car but transform it into another crossover/SUV as this is the most burgeoning market segment in Britain and across Europe. 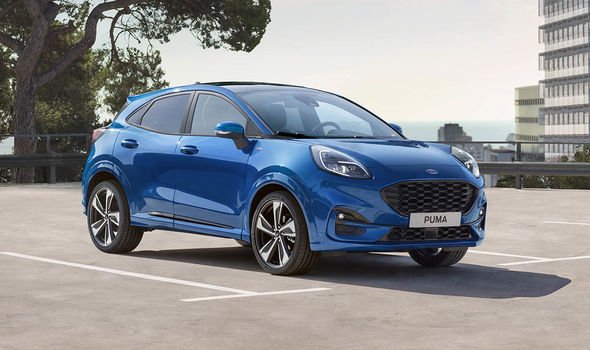 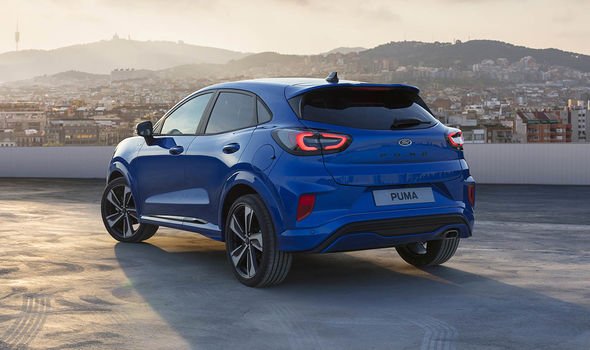 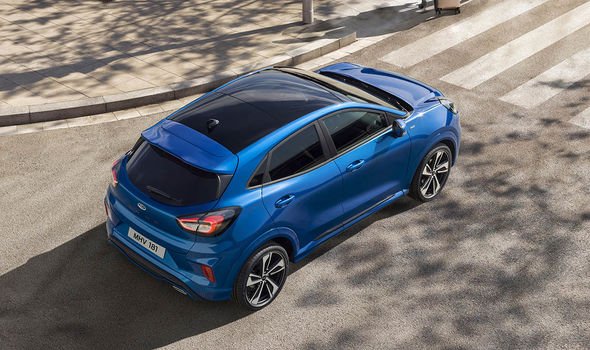 This decision may disappoint some but the car also seemingly offers a relatively compelling package to customers.

It doesn’t make sense to compare the old car to the new car because they are both completely different body shapes and styles.

There is something very usual about the car’s design. It looks like a highly excited child gasping due to pointed high-up headlights and large Ford grille in the centre.

From the back, it looks like a sportier compact SUV but we aren’t quite sure about the front-end. The Fiesta-sized crossover does come with LED headlights which is a bonus though. 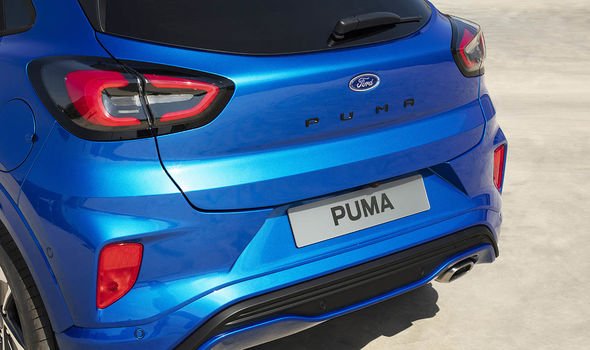 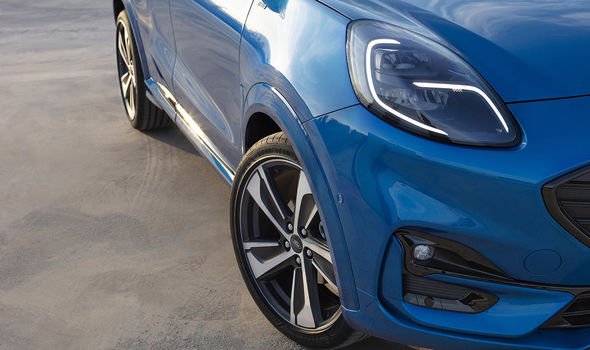 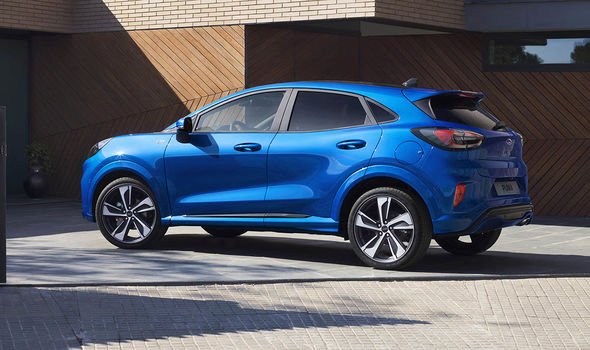 Here’s how Ford describes the car – “From day one we envisioned a vehicle in this segment that was immediately recognisable – and as a result we’ve created a compact crossover unlike anything we’ve ever produced before,” said George Saridakis, director, Interior and Exterior Design, Ford of Europe.

“This stunning new look represents the next chapter in Ford’s design identity, while the overarching concept of ‘sexy sanctuary’ employs ingenious and elegant engineering solutions that – in combination with the highly expressive exterior – will delight and surprise customers, fulfilling their distinct needs and desires.”

Looks aren’t everything though and there is a lot of things to like about this car beneath the surface.

Firstly, the boot space has a hidden feature which makes it more practical. Called the ‘Ford MegaBox’ a false floor in the boot can be lifted or removed to created a deep chasm where extra items can be placed. 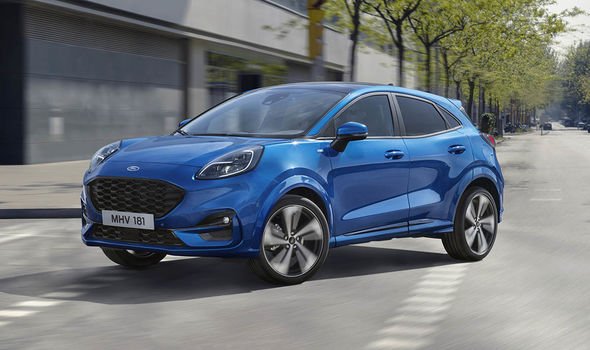 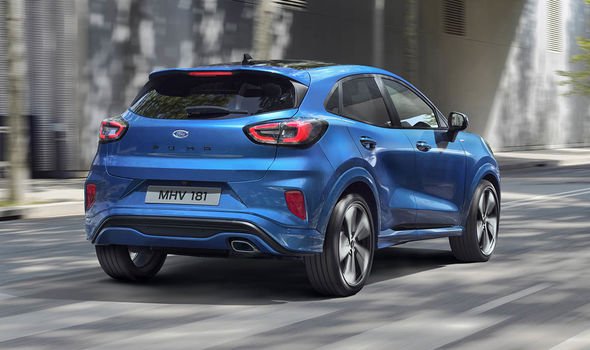 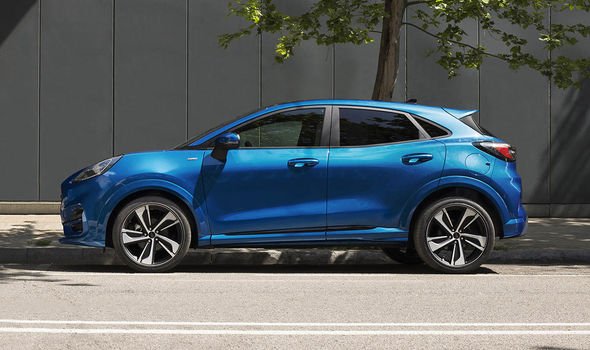 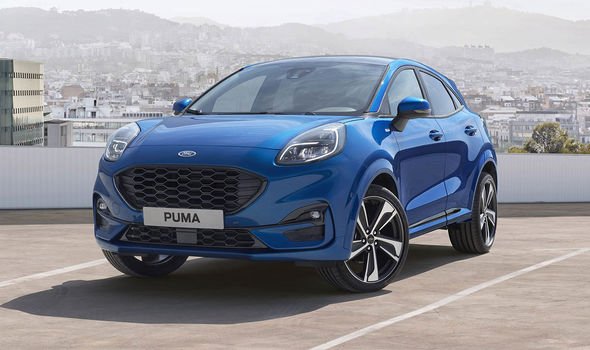 It offers around 80-litres of additional boot space and the car has a load space and rear luggage space of 456 litres – which can be increased with the rear seats folded down.

Another cool feature is that the parcel shelf is mounted to the boot and rises with it to allow into be loaded easier and also can mould over larger items.

Powering the vehicle is a choice of 1.0-litre EcoBoost petrol engines and a 48‑volt lithium-ion air-cooled battery pack.

This hybrid engine comes in 125PS and 155PS and emits CO2 emissions from 124 g/km and 127g/km respectively and one cylinder can be switched off when full capacity isn’t needed. 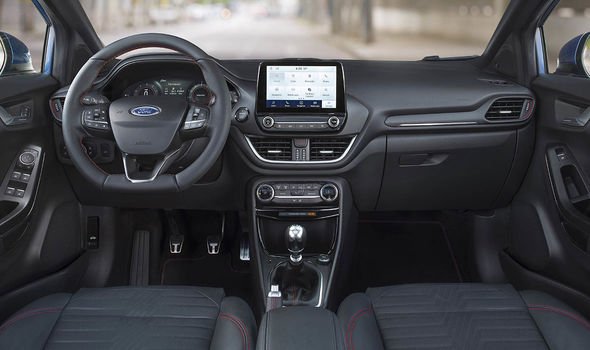 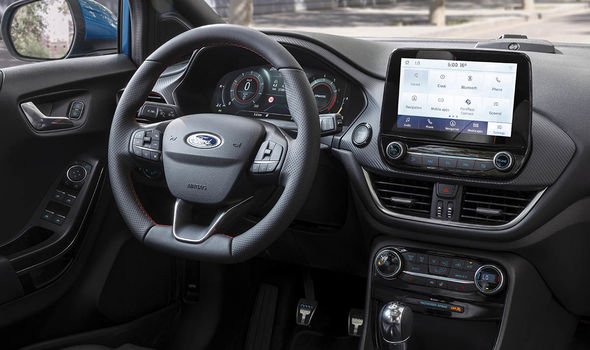 The engine will also be able to offer a boost in power and better fuel economy. A diesel powertrain option and seven-speed automatic dual-clutch transmission will join the line-up after launch.

“We believe customers are going to love the smooth and urgent power delivery of our EcoBoost Hybrid powertrains just as much as they’ll enjoy less-frequent trips to the fuel pumps.”

There are also a range of driver assistance systems which utilises 12 ultrasonic sensors, three radars and two cameras. 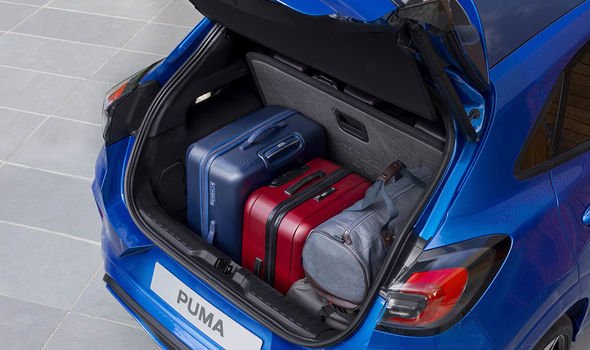 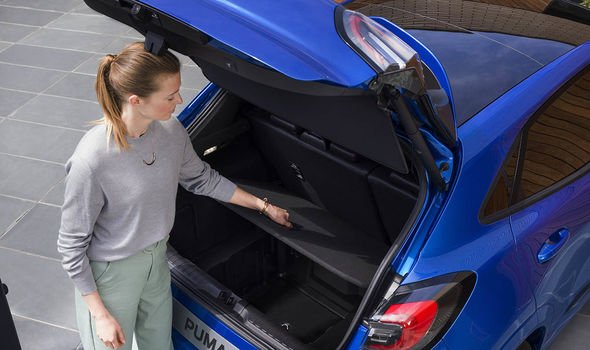 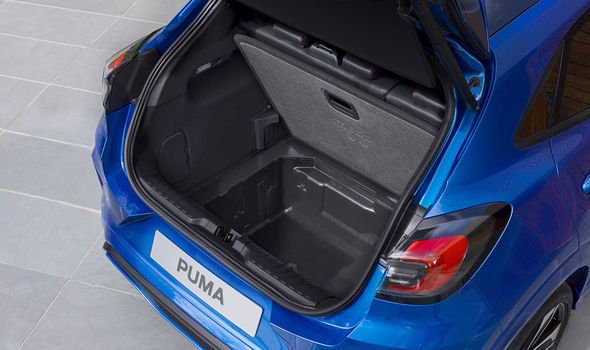 Inside the car, there is an 8-inch central touchscreen and a 12.3-inch fully-configurable digital instrument cluster. the infotainment system comes with Ford’s SYNC 3 communications and entertainment system which has Apple CarPlay and Android Auto integration and there is also a B&O Sound System available.

“We believe Puma is going to really resonate with drivers in Europe,” Rowley said.

“We’ve gone to every length to give customers the flexibility they want, and the best-looking car they’ve ever owned.”

Puma will go on sale at the end of the year and will be produced at Ford’s Craiova Assembly Plant, Romania, following nearly €1.5 billion investment since 2008.