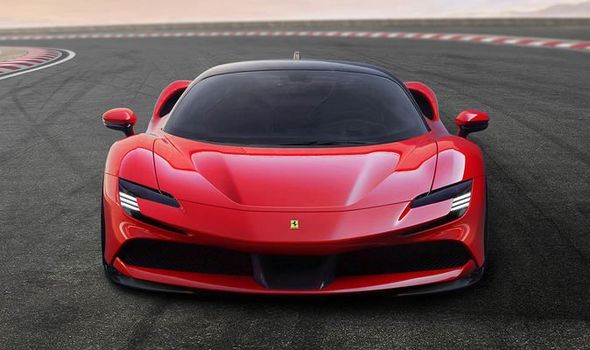 Ferrari has unveiled the all-new SF90 Stradale which is a supercar powered by a hybrid powertrain. The SF90 Straddle is the first ever Ferrari to feature a PHEV (Plug-in Hybrid Electric Vehicle) architecture. This powertrain combines an internal combustion engine with three electric motors – two at the front, one on the rear axle. The internal combustion engine is a four-litre twin-turbo V8 which delivers 769bhp and 800 Nm of torque. 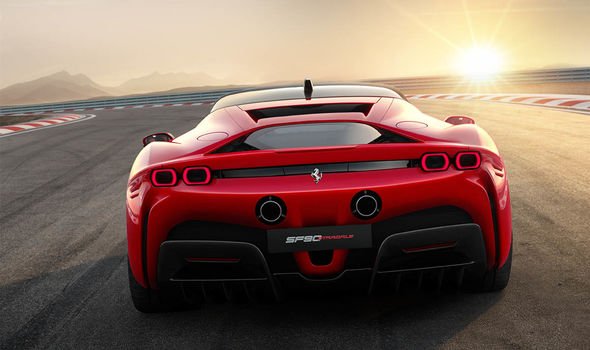 Its electric motors combine to produce 162 kW (217bhp) and are powered by a 7.9kWh lithium-ion battery.

This battery allows the driver to travel 15-miles of range on a single charge in full EV mode and can still hit up to 84mph.

Together the car has a full system output of 986bhp and is also 4WD as a result of the petrol engine and electric motors combination.

This powertrain setup allows the car to sprint from 0-62mph in just 2.5 seconds and from standing to 124mph in only 6.7 seconds and a top speed of 211mph. 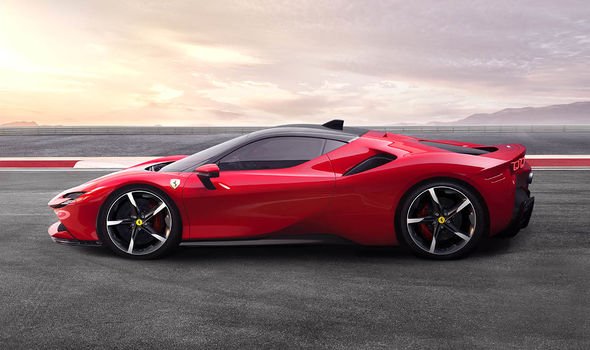 Its powertrain is mated to an eight-speed dual-clutch transmission which has been completely redesigned to improve gear ratios, transmissions efficiency and a reduction in fuel consumption.

With the electric powertrain, there are a few new driving modes – eDrive, Hybrid, Performance, and Qualify.

eDrive mode allows it to be driven completely on the battery and Hybrid is the default mode engaged when the car is switched on. It switched between ICE and electric depending on what’s most efficient.

Performance mode keeps the ICE running because the priority is more on charging the battery than on efficiency while Qualify allows the system to achieve maximum power output by allowing the electric motors to work at their maximum potential. 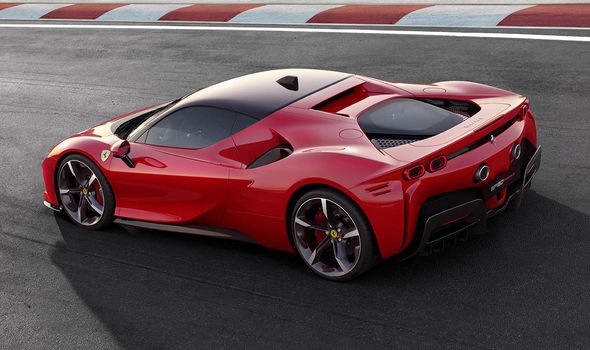 The chassis and bodyshell of the SF90 Stradale are all new, built using multi-material technology, including, for example, carbon fibre.

Its exterior is a completely new design which has more compact overhangs, compact bubble-shaped cabinet, and bold exterior styling.

The front of the car is curved and has a huge air intake around the bumper and splitter. There is a deep bonnet scoop and C-shaped LED headlights.

At the rear, there is a black strip which has four oval lights, two on either side and dual exhaust at the centre of the rear. 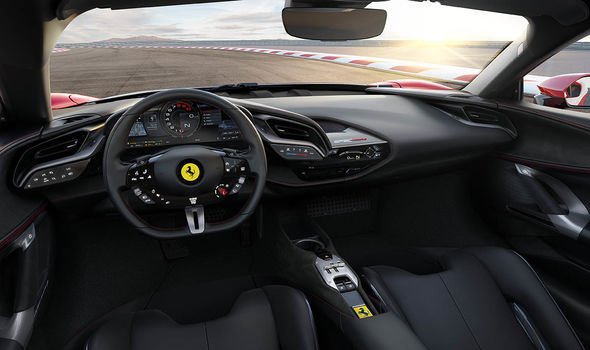 The engine can be seen through glass windows set behind the roof of the car.

Its design has also been informed by aerodynamics as Ferrari stated there was a “need to deliver downforce and aerodynamic efficiency at a level never before achieved either by Ferrari or its competitors.”

Ferrari wrote “The new car is epoch-changing from a stylistic perspective as it completely rewrites the mid-rear-engined sports berlinetta proportions introduced on the 360 Modena twenty years ago, instead of taking its inspiration from Ferrari’s recent supercars.

“A good example is the cockpit, which has a smaller frontal section and is placed closer to the front of the car to reduce drag. 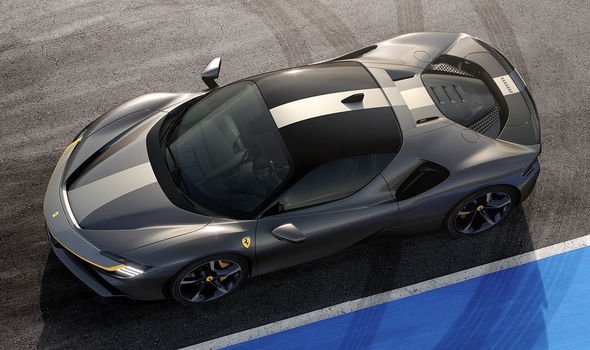 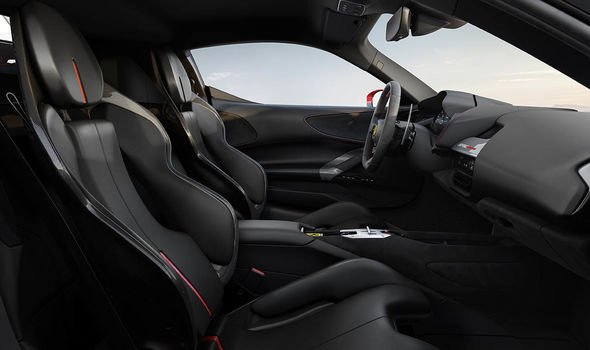 “This was also achieved without impacting on-board comfort.”

Inside the car, the interior has created a new driver-focused cabin with no screen in the centre of the dashboard. There is a 16-inch digital driver display a multifunction steering wheel.

The F1-style wraparound cockpit offers a more engaging experience for the driver and there are touchpads on the steering wheel and a Head-Up Display.

There are also sport bucket seats which look to wraparound the driver. Prices for the car have yet to be revealed but it is expected to cost around £400,000.