Mike Rutherford assesses transport-related risks, and is shocked to find a colossal gap between comparatively safe car use and comparatively unsafe travel by motorcycle 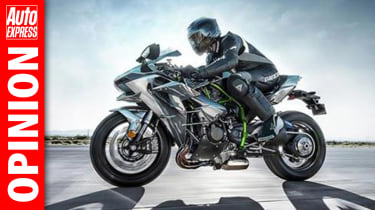 I recently heard the tragic tale of a gentleman who feared staircases, and therefore lived in a bungalow. Furthermore, he deemed his local pavements and roads so risky that he refused to leave home. Guess what? His house burned down. A chip-pan fire proved far more dangerous than stairs, or the streets beyond his garden gate. This poor chap proved people leading everyday lives inside and outside their homes must take risks – so it’s worth identifying, weighing up, then giving due consideration to them.

Think risk assessment – two words you’ll be hearing an awful lot more of when it comes to travel, work, shopping, dining out and more. Some assessments you have to make alone, based on gut feeling, your boredom thresholds and how riskily you’re prepared to live your life. You don’t need official statistics to learn that mountain climbing is more hazardous than, say, stamp collecting. But you might want to know about the fatal risk rates for people using personal mobility machines on public roads.

The latest available figures from the Office for National Statistics, Department for Transport, Police and others show a “Fatalities by road user type” table that initially indicates cars are the most lethal of personal vehicles (777 car occupant deaths in 2018). Next come motorcycle riders or passengers (354), then pedal cyclists (99). So there you have it: cars worst, bicycles best, motorcycles in-between! Er, no.

When it comes to injuries and deaths, bikers and cyclists are, in DfT speak, vulnerable road users. In its “fatality rate per billion passenger miles” data, there’s a figure of 1.8 for car occupants, a scary number of 29.7 for cyclists, but a horrifying 119.7 for motorcycle riders and passengers. Over the same number of public miles, motorbike users are around 6,650 per cent more likely to die than car users.

Obviously, I knew that mile for mile, on roads shared with vehicles of varying shape and size, riders perched on two wheels are the most vulnerable. But I hadn’t appreciated the colossal gap between comparatively safe car use and comparatively unsafe travel by motorcycle. And I hadn’t realised that the lightest, sunniest chunk of the year – May to September – is the worst period for such bike-user deaths.

Don’t go thinking I’m starting a motorist vs biker war here. In view of the fact I drive cars and vans and ride two-wheelers, that would be daft. But what’s far from daft is to do what I’ve been doing lately: thinking much more about assessing risks linked to transport.

On a related point, when possible, it’s absolutely right and proper that we 60-70 million people of Britain play our part in easing the burden on the stretched NHS. This we can do by travelling in cars – the safest personal vehicles, which offer comparatively low risk of accident, injury and death. It’s hard for me to admit this, but two-wheelers in general, and motorcycles in particular, are at the opposite end of the safety scale. More proof is in DfT data, which tragically reveals that motorcyclists account for under one per cent of road traffic, yet 20 per cent of road deaths. Unacceptable. Unfathomable. Unsustainable. It’s got to stop.

Do you agree with Mike? Let us know your thoughts in the comments section…