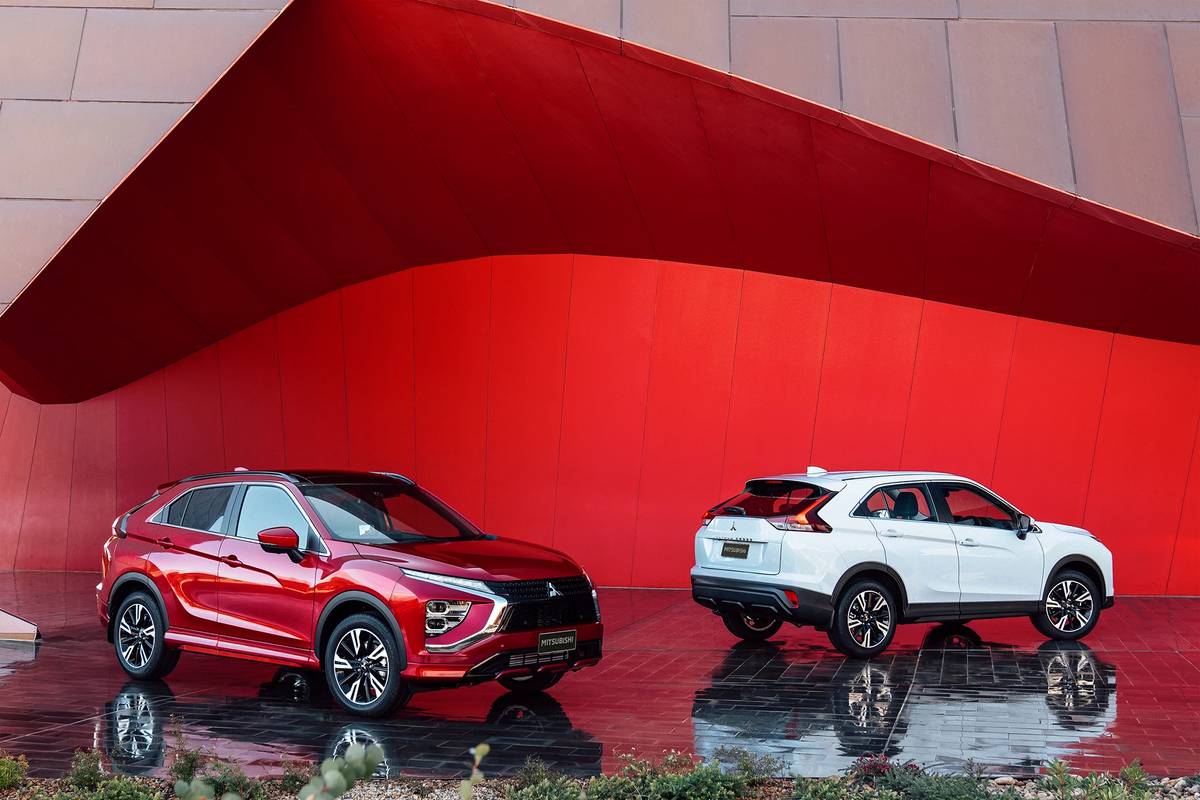 After months of teaser images and hints, we finally have a full look at the updated 2020 Mitsubishi Eclipse Cross. The small SUV gets a lightly redone interior, plus new exterior styling that aligns with Mitsubishi’s design language and makes it look more like a traditional SUV.

The updated front end wears what Mitsubishi calls “Dynamic Shield” styling, with a slightly pinched face and prominent grille flanked by angular lighting elements, chrome accents and a new front bumper guard. At the rear, the previous liftgate — with its awkward divided window — has been replaced by a more traditional-looking piece. Angular taillights are still present, bending in toward the center of the liftgate and extending up toward the roof. The center of the liftgate has a hexagonal protrusion that Mitsubishi says evokes the spare-tire carrier of past SUVs. 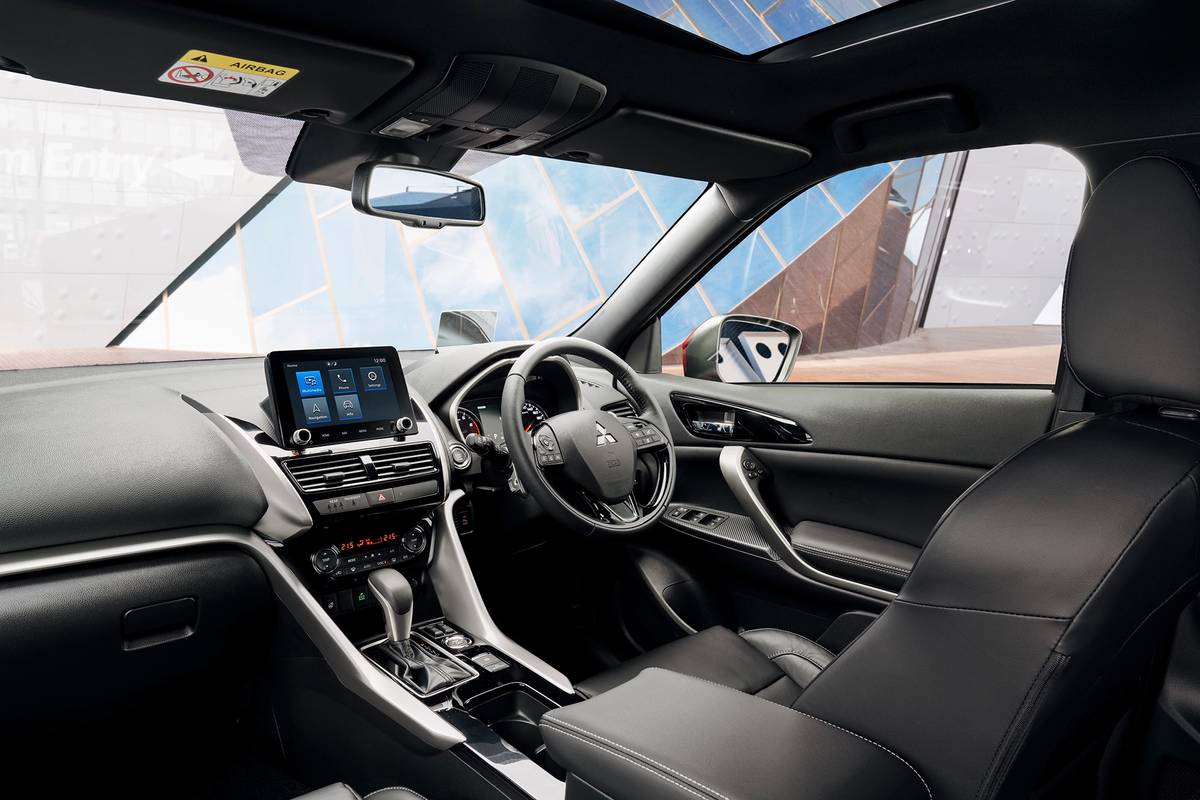 Besides having its steering wheel on the left instead of the right, as in the above image, the Eclipse Cross’ interior gets some slight tweaks. It appears the touchpad controller for the infotainment system is gone, and the old touchscreen display is replaced by a new 8-inch touchscreen with two knobs at its lower corners for volume and tuning. The screen also moves closer to front occupants, making it easier to reach.

With the touchpad gone, the center console adds storage space, though the rest of the layout looks similar to the outgoing Eclipse Cross. Adjacent to the drive mode selector are the switches for heated front seats and a button to control Mitsubishi’s optional all-wheel-drive system.

No Changes Under the Hood

Mitsubishi did not make any changes to the Eclipse Cross’ powertrain for 2022, at least for the U.S., meaning it’s still powered by a turbocharged 1.5-liter four-cylinder engine and paired to a continuously variable automatic transmission with front- or all-wheel drive. Other markets will get a plug-in hybrid version, but the automaker said it has no plans to add one stateside.

The 2022 Eclipse Cross launches in the U.S. in early 2021, though some other countries will get it before then.