It will also have a new partner, the Microletta.

InsideEVs readers must have been following the incredible story of the Micro-Mobility Microlino since the very beginning. When it was presented, the pricing, the massive issue with the former supplier, and finally the deal with Artega. We did not expect to hear from the Swiss company until 2021, but it will seize the 2020 Geneva Motors Show to present the Microlino 2.0. How come if the 1.0 was never for sale? 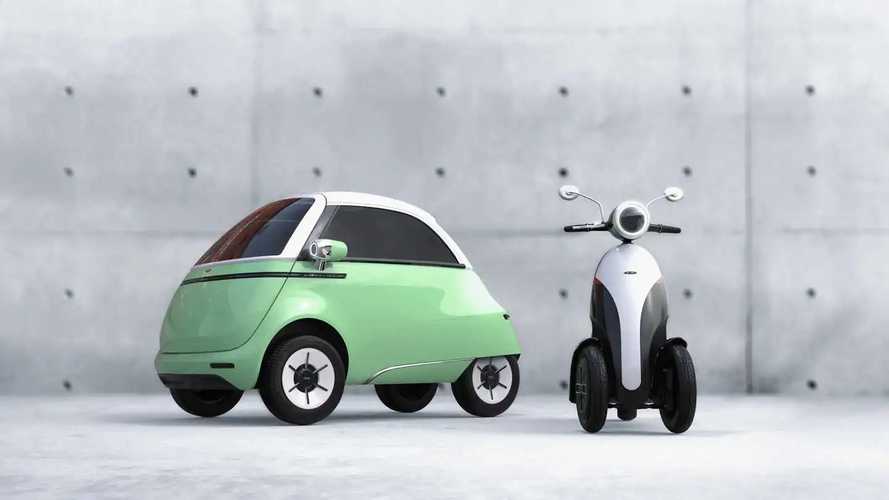 The explanation is simple: the agreement between Artega and Microlino allowed the German company to sell a slightly modified version of the Microlino 1.0, which had already been introduced to customers.

In order to avoid any confusion, Micro-Mobility decided to talk to the 17,000 people that reserved a Microlino for them to choose a new appearance for the electric bubble car. The one you see above was the winner. With that, the Microlino 2.0 is probably the only case of a vehicle to reach a second generation without ever having the first one. The Artega Karo would be this first generation that was never sold by Micro-Mobility.

The Swiss company states that the Microlino went through extensive changes. The chassis is entirely new. The rear track has been widened, for added stability, and that allowed the urban EV to have a new, more powerful and yet more efficient motor.

With the modifications, the interior of the Microlino 2.0 is roomier. The steering column is now in a fixed position. The older one, still present in the Artega Karo, folds forward when anyone opens the front and only door. We hope it does not make access more difficult. The A-pillars are now narrower, improving visibility.

Only the new interior design will make its live première in Geneva, along with the images we have on this article. Critical technical specifications, such as the 200 km (124 mi) range and the starting price of €12,000, will not change. The new production supplier, as we have already told you, is CECOMP.

Along with the Microlino 2.0, Micro-Mobility will present a new e-scooter and the Microletta, a three-wheeled electric scooter with a seat that has a Microlino-inspired design. It will have a removable battery, an 80 km/h (50 mph) top speed, and a range of 100 km. The Microletta has an estimated price of €4,900, and production is yet to be defined.