This is what going full throttle in a hardcore off-roader looks like.

Through the years, we’ve seen literally all kinds of vehicles around the Nurburgring and this brief appearance of the Mercedes-Benz G-Class Squared doesn’t seem that unexpected at this point. The high-riding prototype was caught by our photographers in a pedal-to-the-metal lap around the famous track.

Of course, that’s not the off-roader’s natural habitat but it looks quite fast from these spy photos. We don’t know the actual pace though, but you can see the test car elevating its front wheels off the ground in some of the photos. 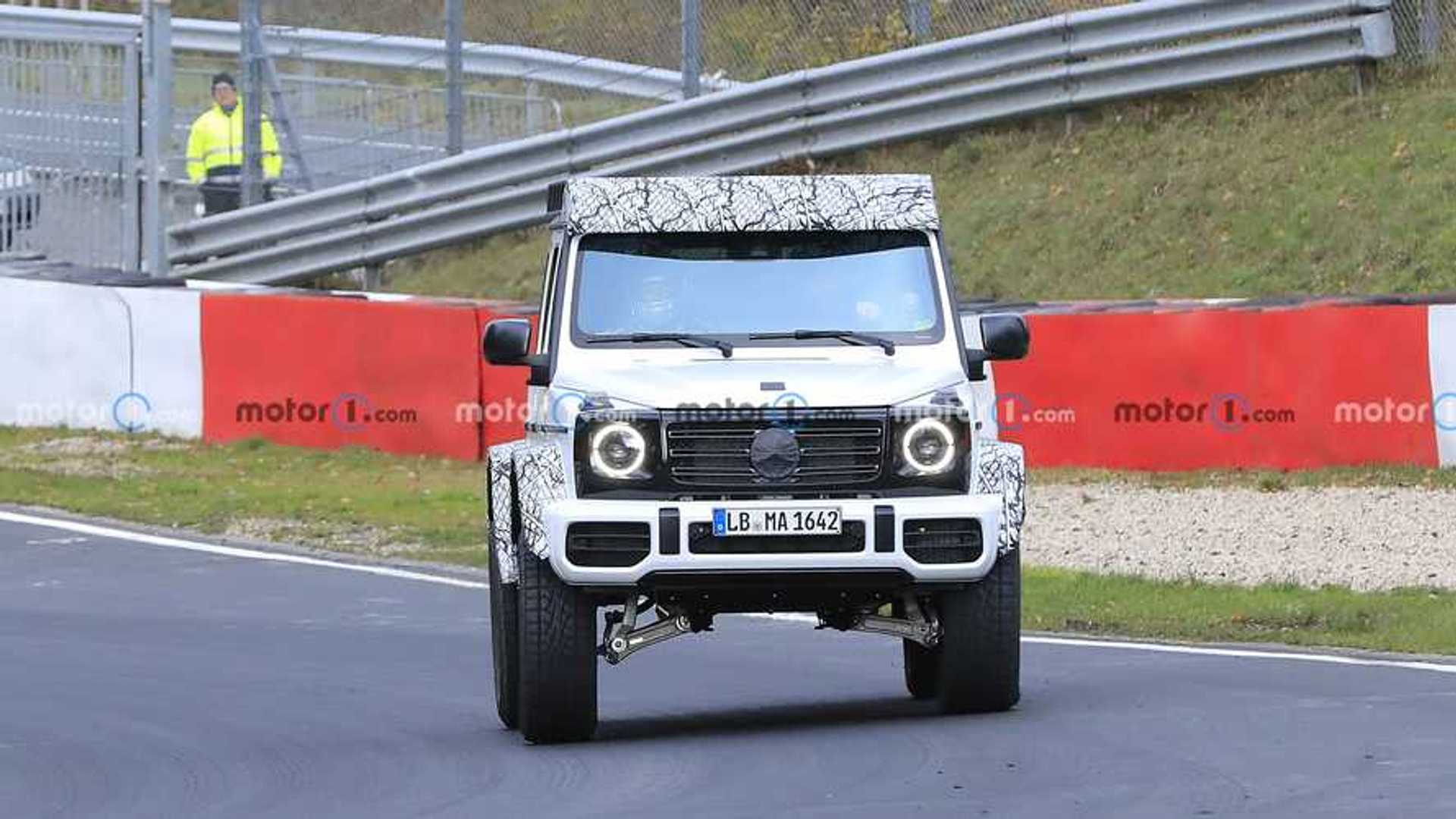 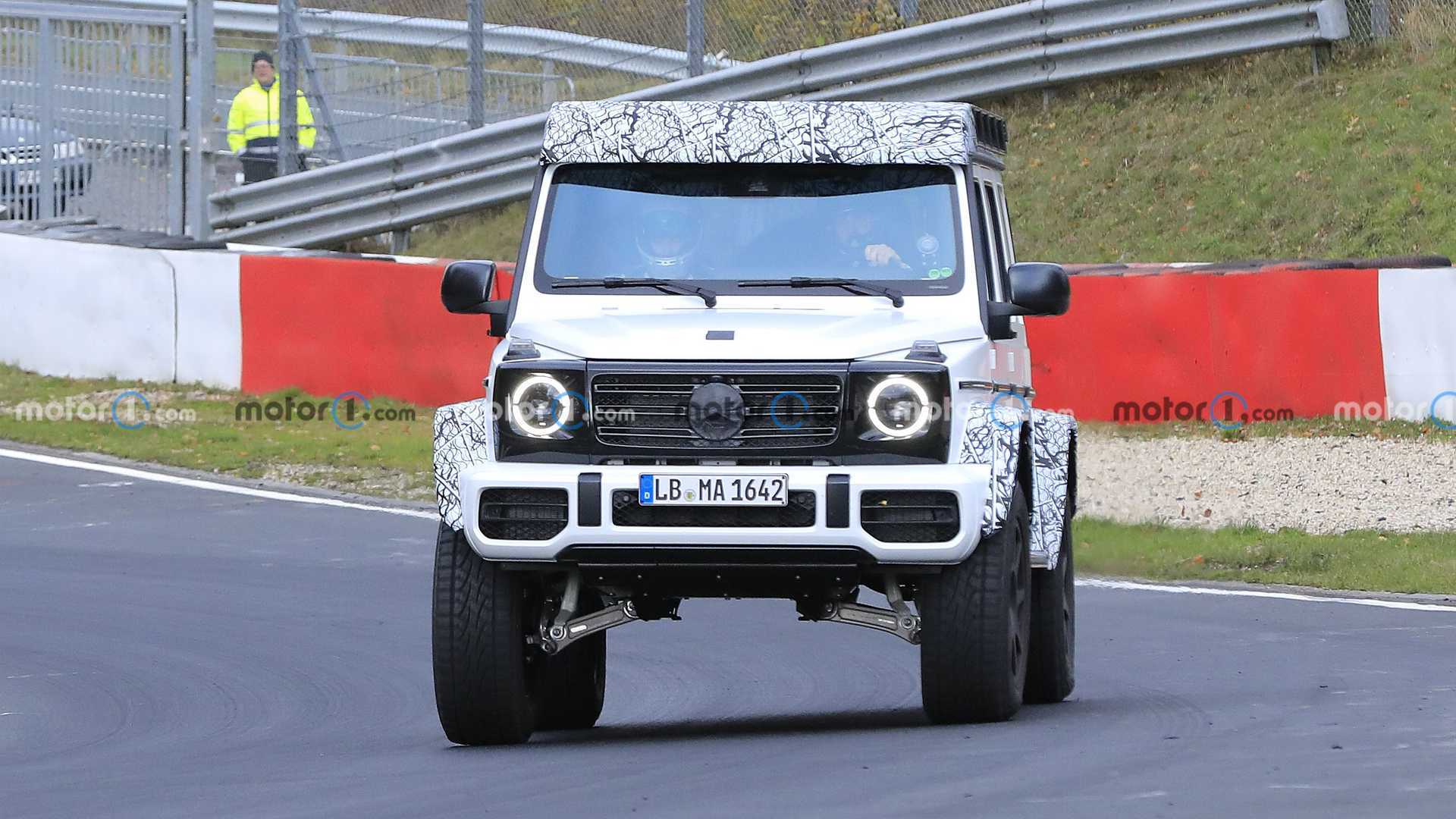 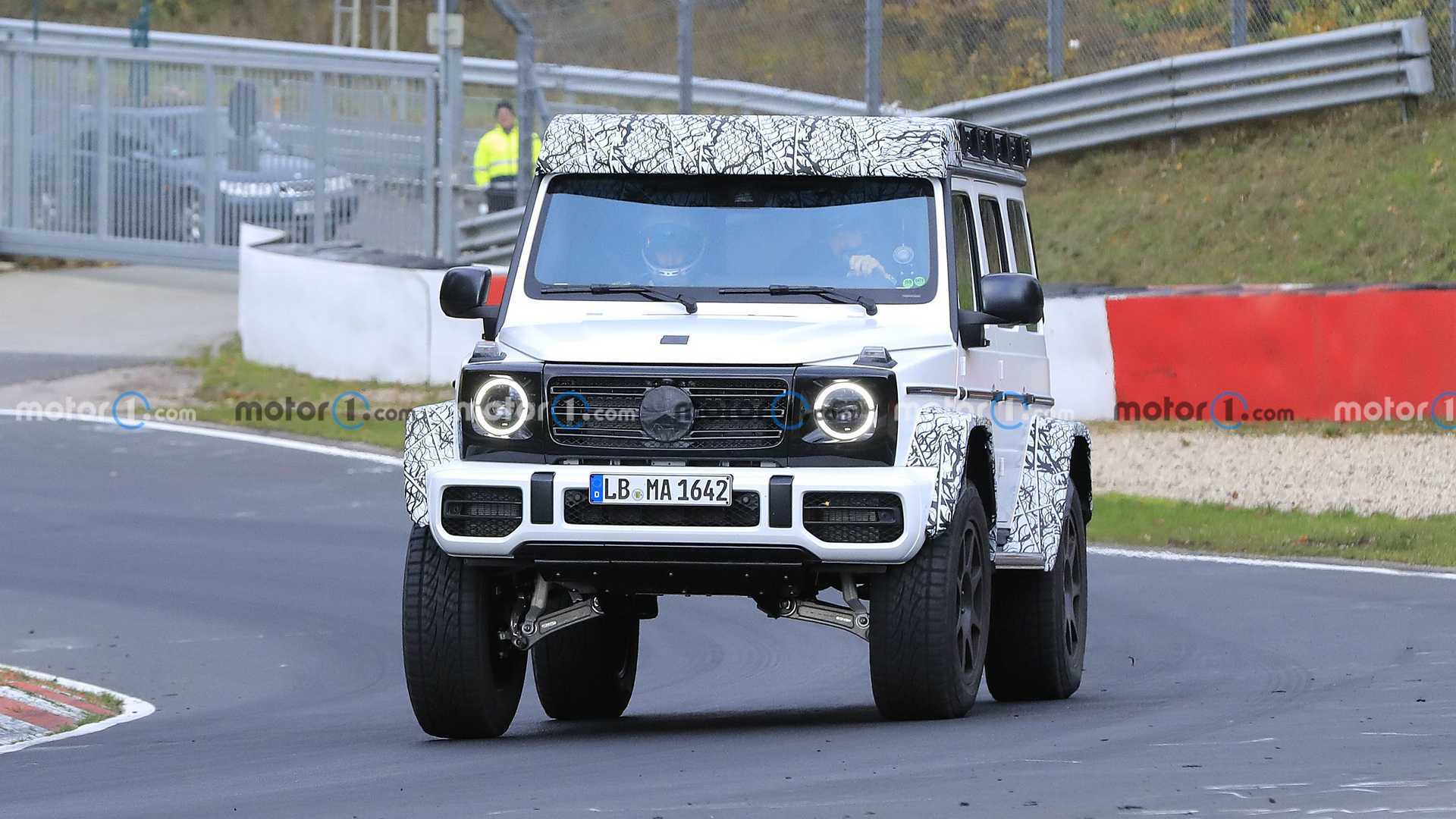 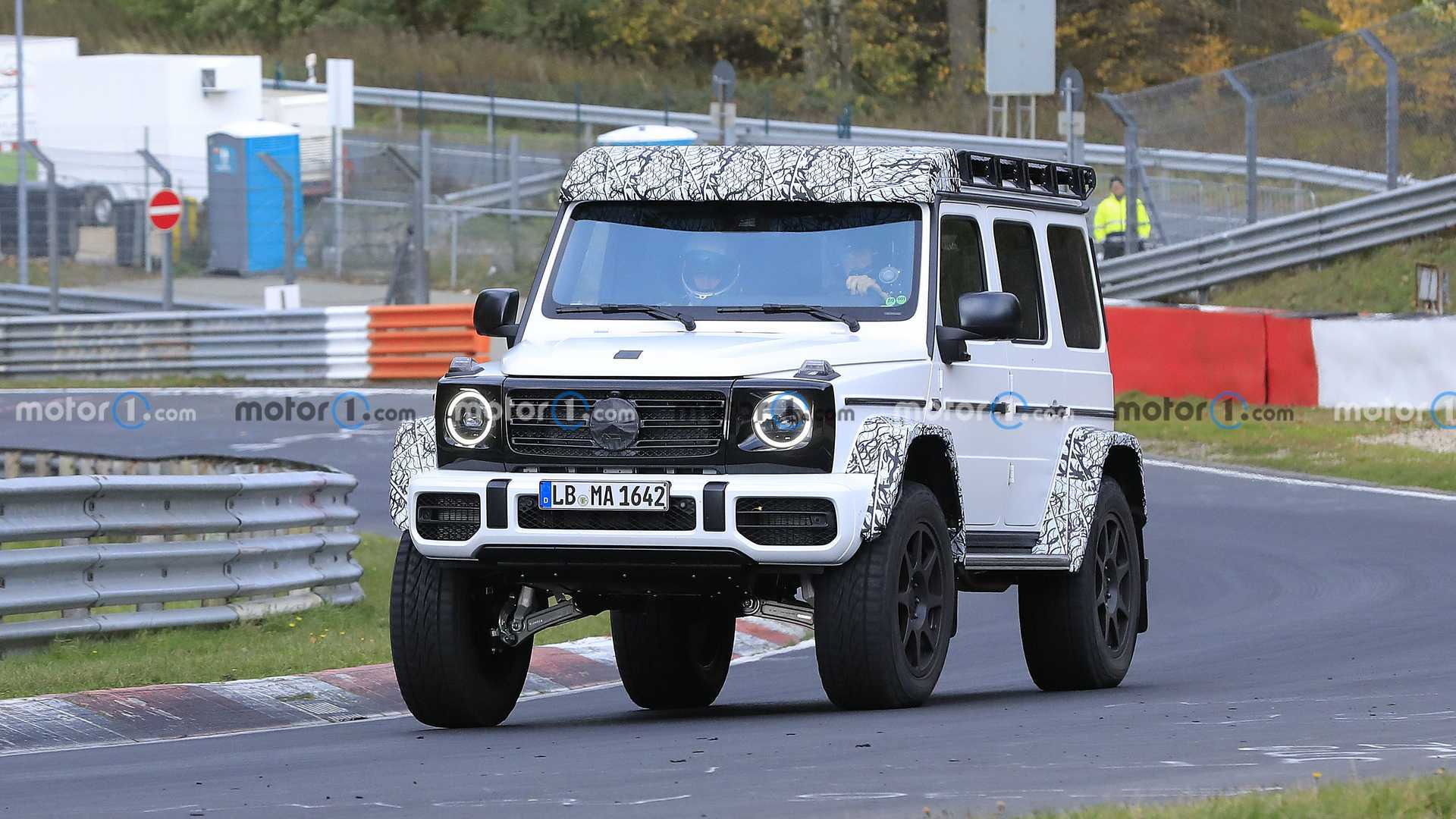 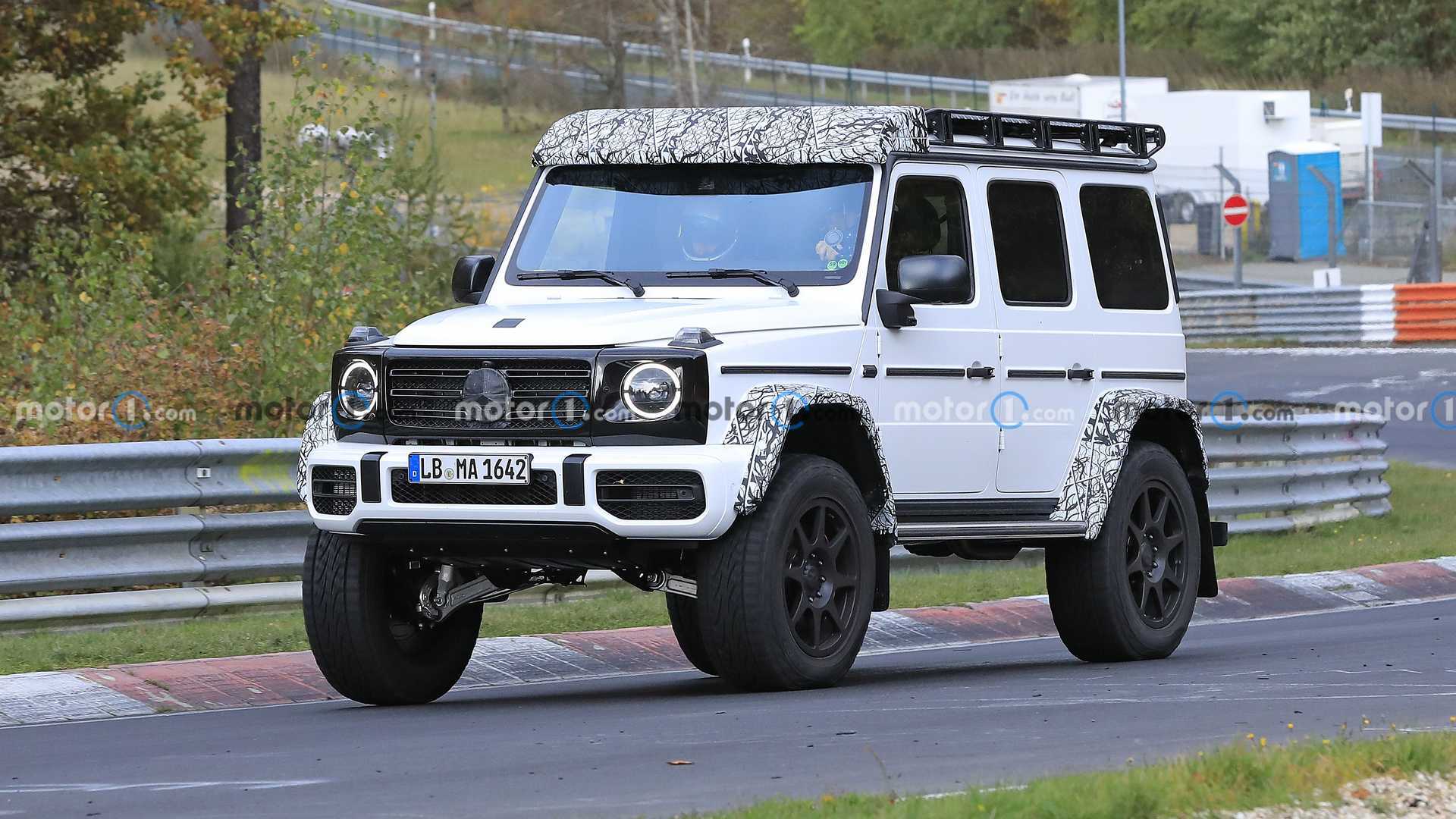 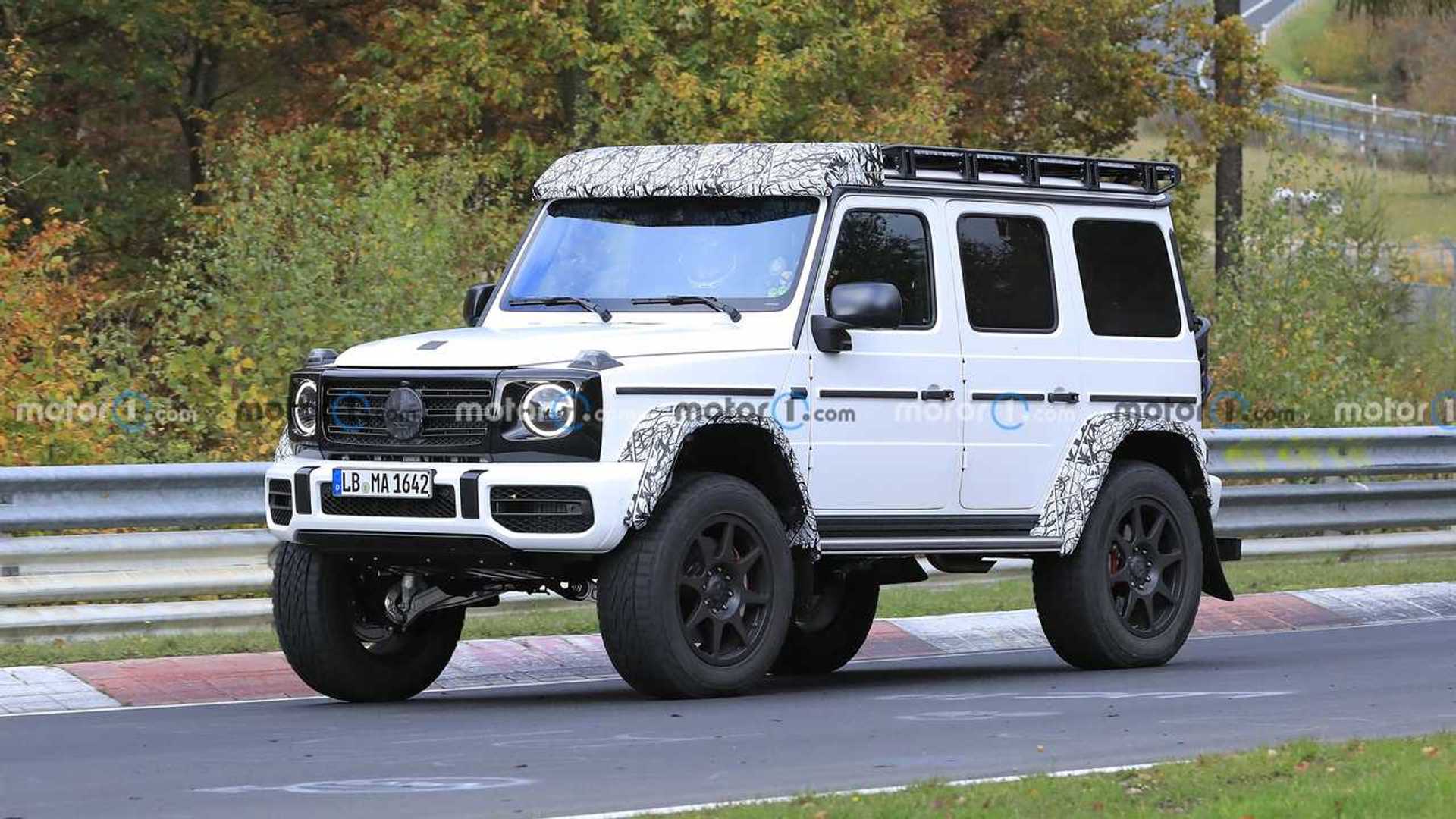 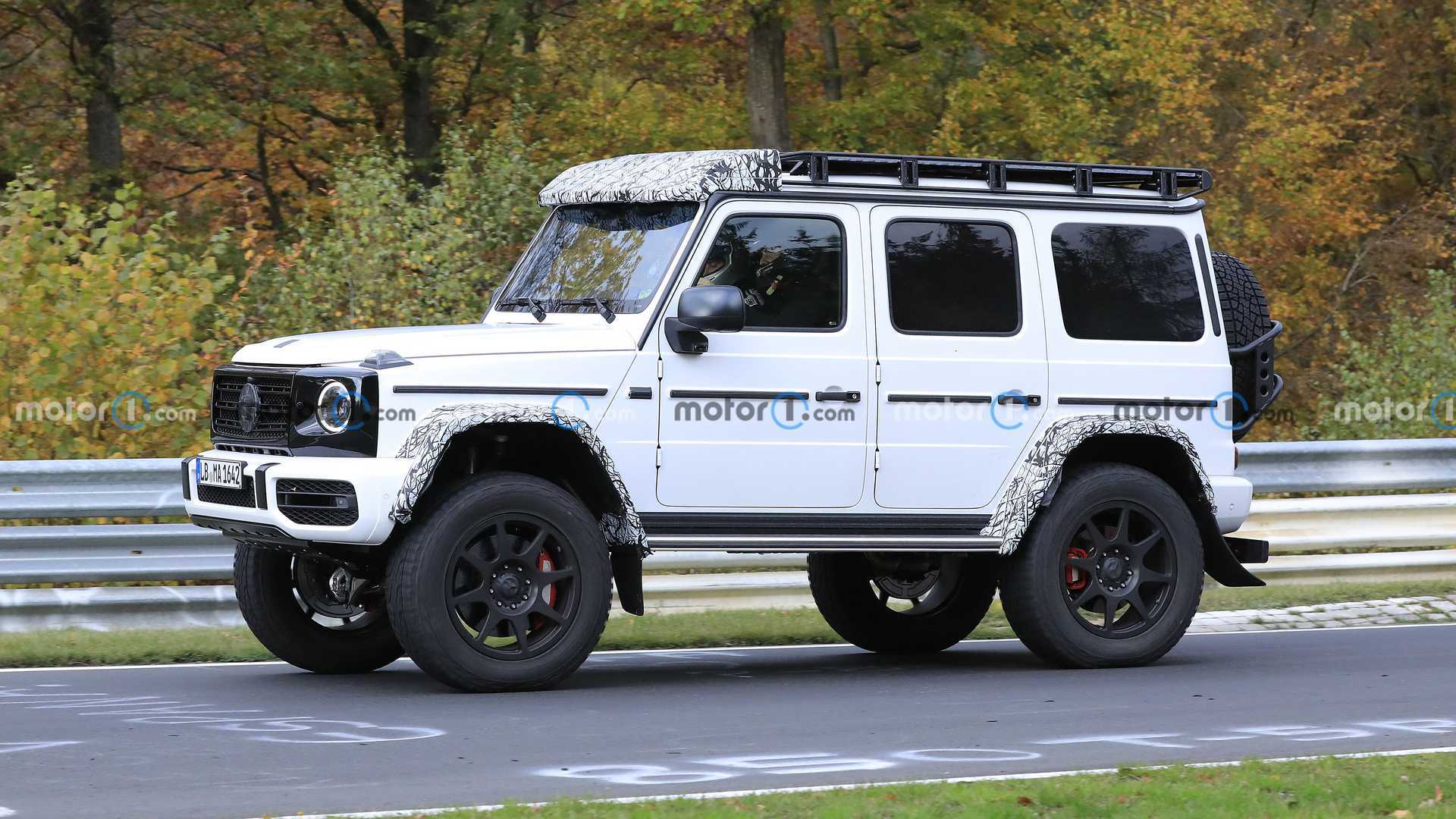 This prototype has very similar equipment to what the previously spied cars had. It includes a roof rack with two auxiliary lights up front and a full-size spare wheel attached to the tailgate. For some reason, Mercedes keeps the spare wheel camouflaged, probably trying to hide a distinctive design feature for the Squared model.

The powertrain under the hood remains shroud in mystery. We know for a fact there will be a 4.0-liter V8 with a pair of turbochargers, though it’s not known whether it will be in an AMG state of tune or it will remain in standard M176 form. In the base version, the engine has 416 horsepower (310 kilowatts) and 450 pound-feet (610 Newton-meters) of torque, while the M177 comes with 577 hp (430 kW) and 627 lb-ft (850 Nm) of torque. Don’t expect a diesel engine in the lineup.

According to preliminary but unofficial information, the G-Class Squared should make its debut during the first half of next year. This means we are 10 to 12 months away from seeing it and we are a bit surprised that this new test prototype features so little camouflage. Hopefully, the rumors are incorrect and we will get to see the hardcore off-roader before the year’s end.