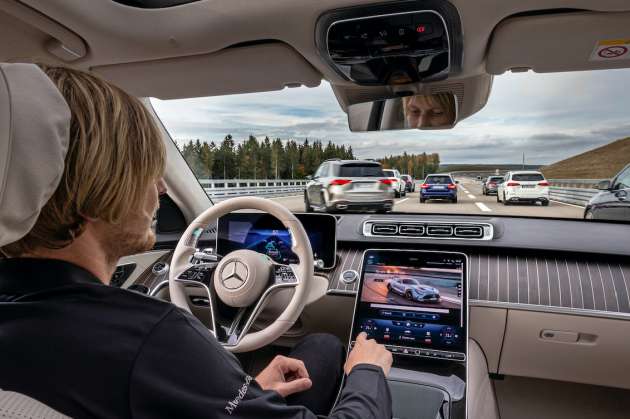 The Mercedes-Benz Drive Pilot assistance system that was announced with the debut of the W223-generation S-Class received clearance for use in its home market of Germany late last year, making Mercedes-Benz the first carmaker to meet the legal requirements for Level 3 assisted driving in Germany.

Now, Road & Track reports that in the event of any road incident when Drive Pilot is activated, the legal responsibility in that scenario will lie with Mercedes-Benz, not the driver of the Drive Pilot-activated vehicle, the automaker told the magazine.

“By the end of last year, we were the first automaker to get international certification for a Level 3 system. We’re aiming to get that for California and Nevada by the end of this year, and we’re checking [the situation in] a lot of other states as well,” Drive Pilot senior development manager Gregor Kugelmann told the American magazine.

Mercedes-Benz’s willingness to assume responsibility for the semi-autonomous functions in its vehicles should help its chances of satisfying the requirements laid out by various regulators, Road & Track wrote, because removing driver responsibility at a higher level of automated driving requires greater improvements over Level 2 systems.

Compared to the Level 3-capable Drive Pilot, SuperCruise by General Motors (left) and Autopilot by Tesla (right) are Level 2 systems which require drivers to be ready to take over instantly

These, such as General Motors’ SuperCruise and Tesla’s Autopilot, still come under Level 2, which requires its drivers to supervise the system and be ready to take over instantly when the self-driving system disengages.

The Drive Pilot system by Mercedes-Benz includes more back-ups, such as additional power supplies for critical systems, according to the magazine, which also notes that Drive Pilot is unique in offering drivers a 10-second warning buffer before it disengages and the driver needs the retake control of the vehicle.

That higher level of autonomous operation, and Mercedes-Benz’s assumption of responsibility means that the system has to be able to detect emergency lights and sirens well in advance for its to issue the 10-second buffer before driver takeover.

This relatively longer buffer interval means that with Drive Pilot engaged, the driver of a car thus equipped can have their attention somewhere else entirely while the vehicle drives itself; Mercedes-Benz says that Drive Pilot can even handle aggressive cut-ins by drivers of other vehicles, traffic stopping short, as well as debris on the road. 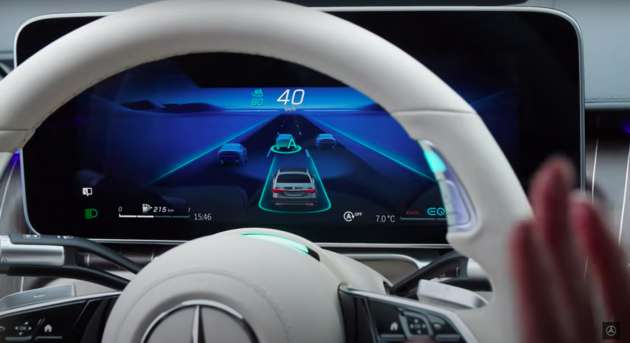 Different countries will have different laws that apply to self-driving systems such as this, though in Germany, drivers are legally allowed to use their mobile phones when Drive Pilot is engaged, which is a first for semi-autonomous driving systems.

That said, handing over the responsibility of handling a vehicle to Drive Pilot can only happen in very specific conditions. At present, Drive Pilot can only engage under 40 mph in the US, or 60 km/h in Germany on limited-access highways with no traffic lights, roundabouts or other traffic control systems, and with no construction zones present either.

Additionally, Drive Pilot can only be activated in the daytime, in clear weather, and without overhead obstructions, which means that bad weather, tunnels, construction zones and the presence of emergency vehicles will trigger a warning for the handing over of control back to the driver.

With Mercedes-Benz readying Drive Pilot with the aim of public roll-out beginning with the United States by the end of 2022, autonomous driving systems are getting closer to becoming a reality in more markets, and its assuming of responsibility for any incidents when the self-driving system is in use should inspire confidence in users and authorities alike.