The all-electric Mercedes-Benz EQG was photographed while parked, probably during a brake on its winter testing phase. But while we’ve already seen the upcoming EV off-roader’s camouflaged exterior, this time our spy photographers managed to snap the first images of the car’s interior.

The photos, which you can see in the gallery below, show a familiar layout, similar to that of the internal combustion-engined G-Class, but there are some notable differences. While the top of the dash consists of the same wide display stretching from the driver’s side to the center console, the controls on the center stack are a bit different.

The round air vents and buttons between them are similar to the G-Class, but the functions of these buttons are different. On the regular Gelandewagen, the three buttons control each of the three locking differentials, while on the EQG they appear to make use of the car’s four electric motors – one activates the cool Tank Turn function, one has to do with the locking differentials (e-diffs in this case), but the left-most one is still a mystery. 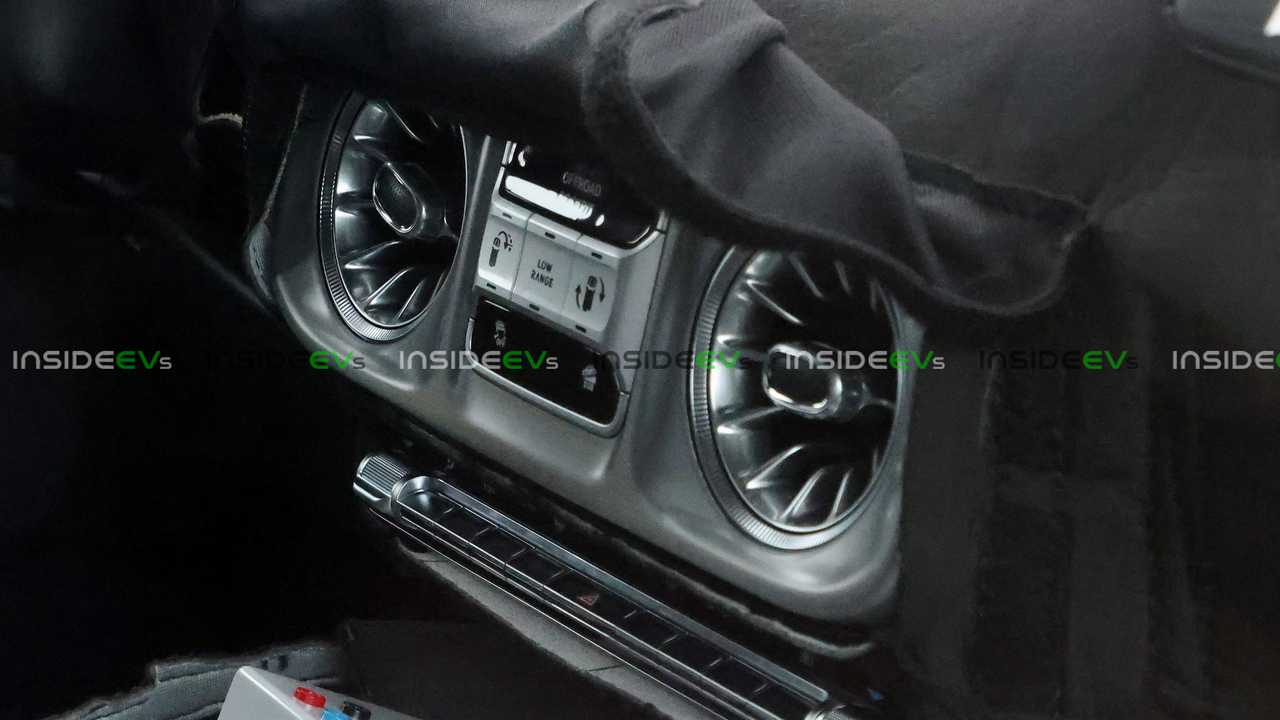 When we went to France to ride in a prototype EQG, the reply we got after asking what that button does was simply, “That’s for another day.” So we’re yet to learn what all the features of the up-coming electric off-road are.

There’s also a redesigned touchpad, similar to that fitted on the new A-Class, and a new, slimmer control unit for the air conditioning. The analog clock that sits below the A/C controls on the G-Class is nowhere to be found on the EQG, and the steering wheel has a flat-bottomed shape, which leads us to believe that the German brand is testing a performance variant of the electric off-roader.

Details on the car’s powertrain are still thin. We know it will have four electric motors (one for each wheel) and four transfer cases (one for each electric motor), which will offer the EQG hi-range and low-range capabilities, as well as the ability to simulate locking differentials.

We also know that the battery pack will be mounted between the chassis rails and act as a structural element, all while being protected from underbody hits by a carbon kevlar shield. The capacity of the battery, however, is still unknown.

The Mercedes-Benz EQG will debut before the end of 2023, when we’ll find out everything there is to know about the German brand’s square-shaped electric off-roader.