It’s not expected to go on sale until next spring.

Our eagled-eyes spy photographers snapped pictures of the Mercedes-AMG EQS as it was leaving AMG’s headquarters near the Nürburgring. This isn’t our first look at the high-performance electric sedan, though it does wear less camouflage than the previous prototype we had spotted. However, the AMG EQS doesn’t look radically different from the regular EQS the company revealed earlier this year.

The car continues to wear camouflage, though only over a few bits. The “grille” is covered, as is the rear valance. Another bit of camouflage covers a portion of the liftback. That’s all that’s hiding the AMG EQS from view, though the rest looks like the regular model. If there are any styling changes, they’re so far subtle. However, there are telltale signs of AMG’s influence. The carbon-ceramic brakes are visible, as are the yellow, AMG-branded brake calipers. The car might sit a smidge lower than its non-AMG counterpart, too. 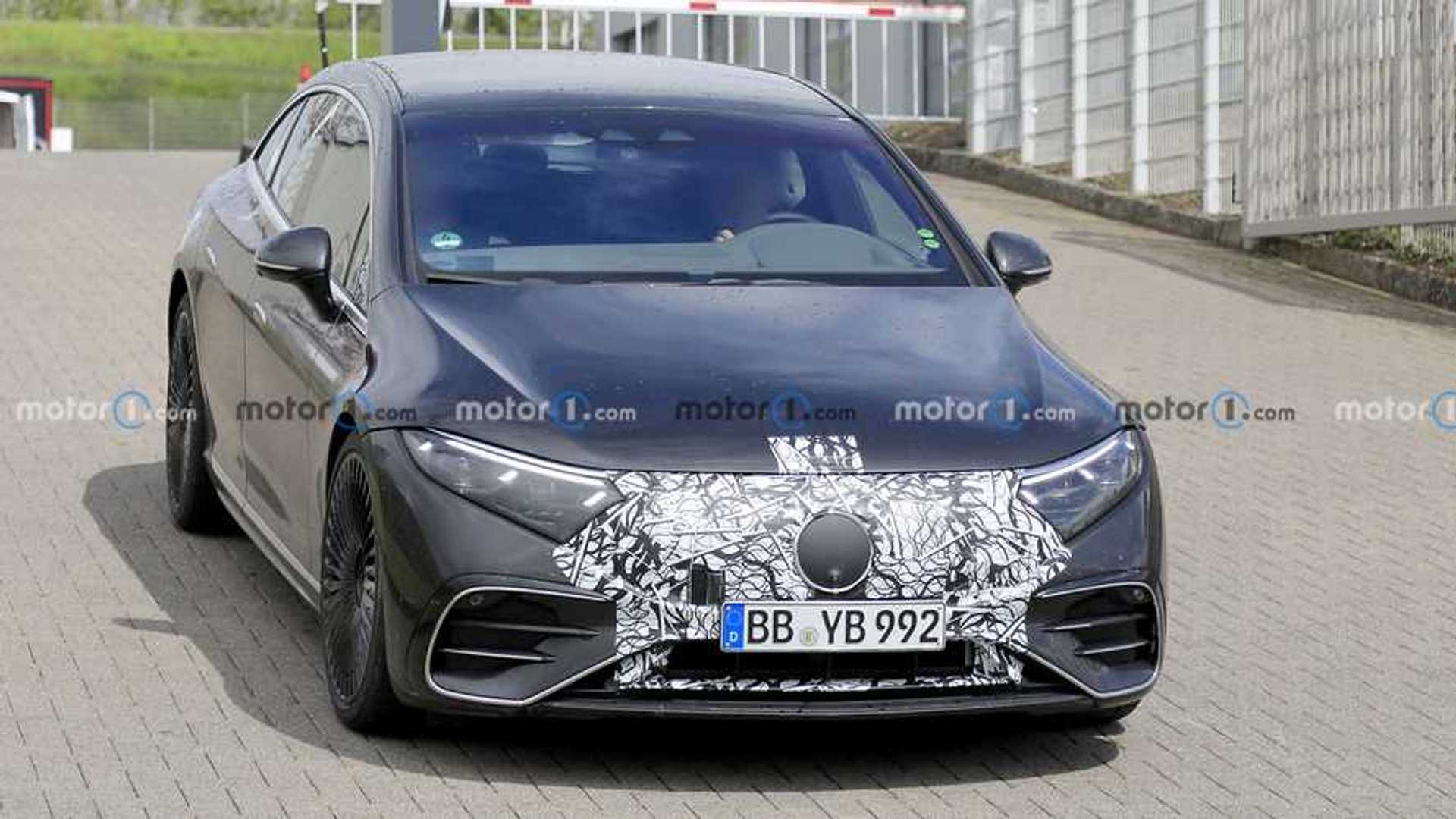 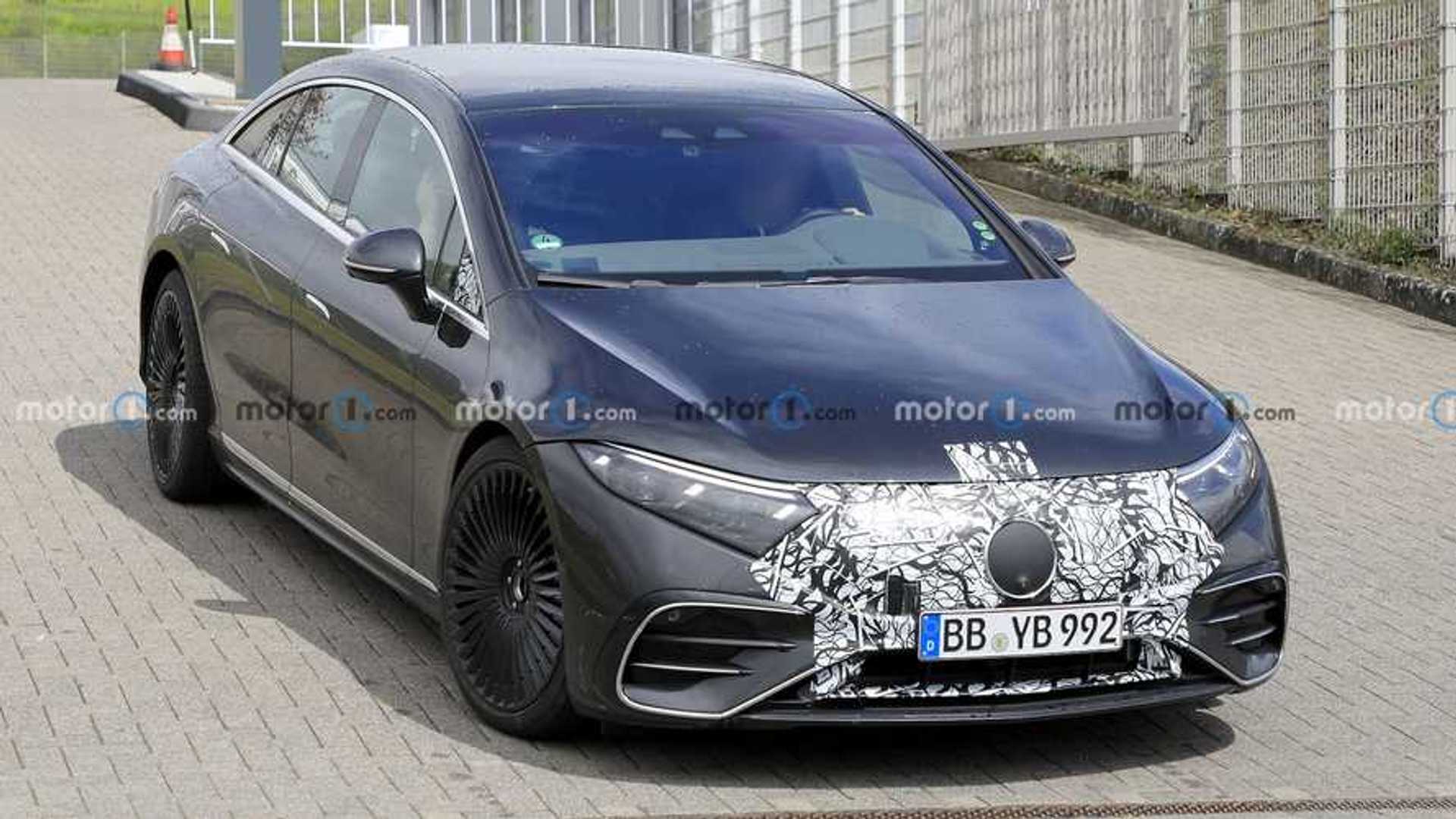 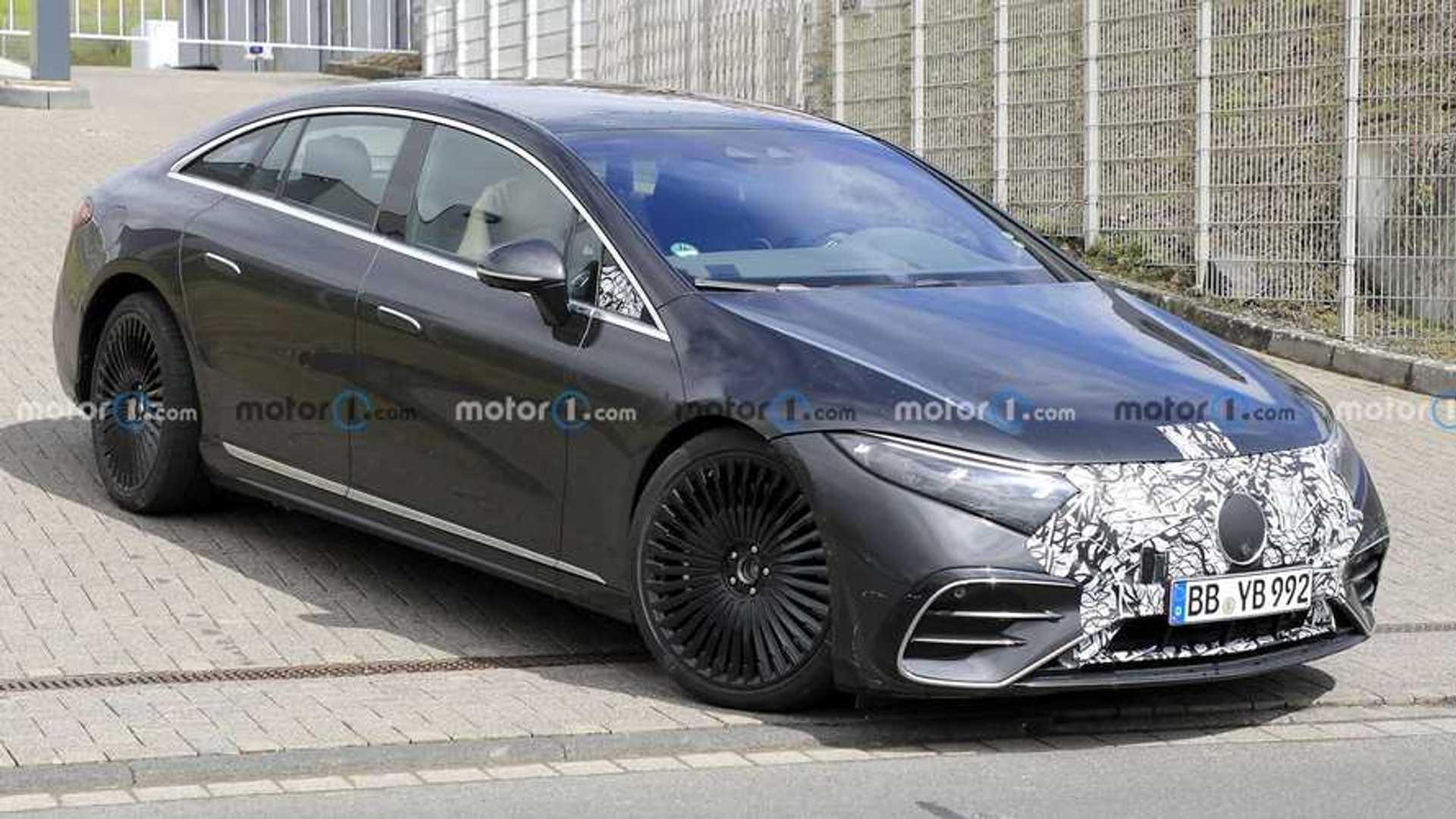 The AMG electric sedan will allegedly offer over 600 horsepower (447 kilowatts), though Mercedes hasn’t confirmed its output. It’s rumored to make 663 pound-feet (898 Newton-meters) of torque, which will send power to an all-wheel-drive system. That’s a significant increase in power over the EQS 580 4Matic that produces 516 hp (385 kW) and 611 lb-ft (828 Nm) of torque. That sends the EQS 580 from zero to 60 miles per hour (96 kilometers per hour) in 4.1 seconds, with the AMG variant beating it.

When the Mercedes-AMG EQS arrives, it’ll compete against the Tesla Model S Plaid, the California brand’s performance sedan. The updated Tesla is expected to arrive something this year, beating the AMG EQS to market as it’s supposed to go on sale in the spring of 2022. That gives Mercedes time to tweak the EV before it hits showrooms. We should expect a reveal later this year.