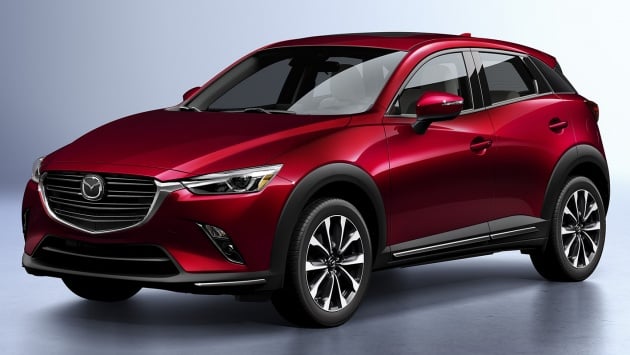 In May this year, Mazda announced that it would discontinue the CX-3 (and Mazda 6 sedan) in the United States, and it looks like Europe will undergo the same exercise as well. This is according to report by Polish magazine Auto Katalog, where Szymon Soltysik, PR manager of Mazda Poland, said customers who are interested in purchasing a CX-3 “should hurry up.”

Shortly after, Mazda Germany confirmed with Motor1 that production of the CX-3 for the European market will end in December. Of course, this doesn’t mean that other markets will also stop selling the CX-3, which was first introduced way back in November 2014.

In Japan, the B-segment crossover recently got a minor update that included the introduction of a new “Super Edgy” specification. Over here, the CX-3 receive a revised spec sheet that saw the addition of the i-Activsense suite, Android Auto and Apple CarPlay support, along with new colour options.

The discontinuation of the CX-3 in Europe and the United States shouldn’t be much of an issue, seeing how the bigger (and newer) CX-30 is still available in those markets to take its smaller sibling’s place. In the future, Mazda will launch five new models to bolster its SUV offerings, including the CX-50 through to the CX-90.