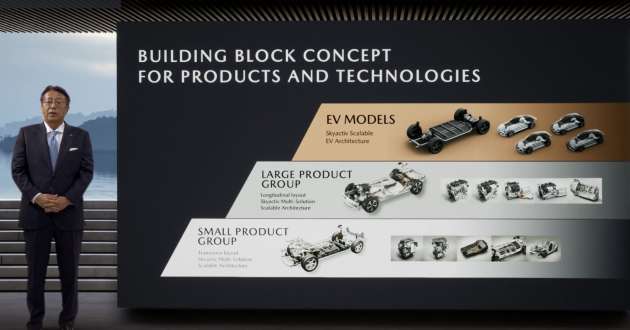 Mazda recently announced an update to its mid-term management plan and basic management policies up to 2030, taking into account the significant changes that have occurred within and outside the automotive industry.

In terms of policies, the Japanese carmaker outlined three in its official release, including contributing to resolve the social challenge of curbing global warming, realising a safe and secure automotive society by conducting in-depth research into the relationships people have with cars, and continuation of brand value management.

The first policy is the most important and forms the basis of many of Mazda’s initiatives, most aimed at achieving carbon neutrality. Given the uncertainty of the future business environment that contains a myriad of factors (country regulations, social infrastructure development, electricity supply infrastructure conditions and changes in power mix and consumer choices), Mazda says it will respond to splitting its approach into three phases.

Phase one is already in effect from 2022 to 2024 and will see Mazda prepare itself for full-fledged electrification by injecting more resources towards development of technologies and readying its manufacturing sites. The company will also fortify its business structure by strengthening its supply chains, financials and implementing cost reduction efforts to better prepare itself for potential economic crises – the Covid-19 pandemic was a strong wake-up call for Mazda.

The second phase from 2025 to 2027 will be a transition to electrification as regulations become more stringent. In this phase, Mazda says it will further strengthen its preparations with more investments for the age of full-fledged electrification, adding that it will have “good prospects” for procuring batteries from business partners.

It adds that it will fortify its battery R&D and manufacturing technology development to secure cost competitiveness. The company will also fully use its available electrification technologies for its products and will begin the advance launch of new electric vehicles (EVs) from the latter half of this phase in key areas like China and other global markets.

In the third phase from 2028 to 2030, a full-scale launch of EVs will take place, with further investment into battery production dependent on market demand, government policies and the main direction of technology development.

During the transition period to EVs up to around 2030, Mazda will adopt a multi-solution approach to be effective in catering to the demands of various markets. As such, internal combustion engines, new electrification technologies (including a rotary range extender and new hybrid systems) and alternative fuels will be part of its arsenal to provide appropriate combinations that suit the conditions and requirements of each region.

Mazda’s Skyactiv Multi-Solution Scalable Architecture is the foundation for the multi-solution approach, with the platform underpinning vehicles that are part of its Large Product and Small Product groups. As an example, the CX-60 has already been revealed with plug-in hybrid, mild hybrid and regular internal combustion engine powertrains, and it will be joined by the CX-70, CX-80 and CX-90 in the coming months.

Meanwhile, future EV models will be built on the Skyactiv EV Scalable Architecture, and Mazda will work with various parties to develop more efficient inverters and electric drive units. The carmaker expects EVs to make up 25% to 40% of its global sales in 2030, depending on local market conditions.

Curiously, Mazda included photos of a sports car concept called the Vision Study Model in its release, which certainly hints at a fully electric version of the MX-5 (also known as the Miata). The striking design of the concept with its butterfly doors, bulging fenders, simulated pop-up headlamps and MX-5-esque proportions is certainly reason for the rumour mill to fire up, but the company isn’t revealing details for now. 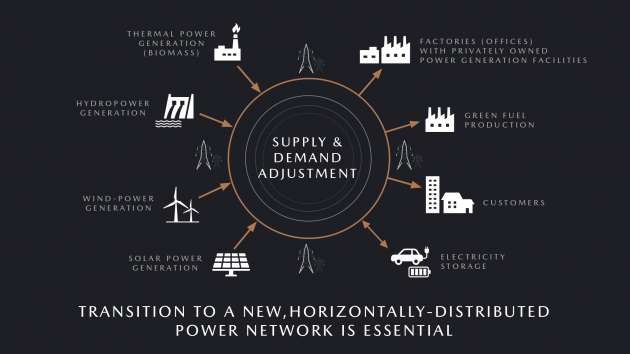 Beyond the products, Mazda’s approach to carbon neutrality will also see it use more renewable energy in its business activities, with the interim target of making all its factories worldwide carbon neutral by 2035. This initiative will be extended to parties that generate, transmit, distribute and sell electricity to promote energy conservation. Expanded use of carbon neutral fuels is also another effort by the carmaker.

One final initiative that was also discussed focuses on making Mazda vehicles more enjoyable to drive to create values that differentiate them from competitors. Human-centric advanced driver assistance technologies will also be developed for improved safety, with the carmaker aiming for no new Mazda vehicle to cause a fatal accident that is avoidable by 2040.