What do you do after gaining a bit of online popularity for putting harmonicas in the tips of your Toyota Supra’s exhaust? We wouldn’t be sure either, but YouTuber Cody Hovland has the answer: mount 96 whistles to the pipes. As you’d expect, the result is very loud.

The video above starts as soon as Hovland is ready to test his whistle tips. If you want to see the actual build and get a taste of his humor, check out the earlier portions of the clip. 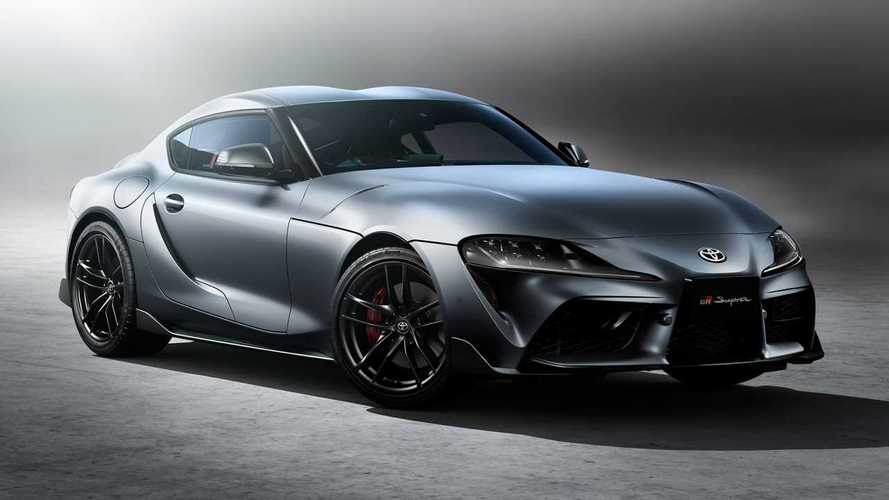 The construction is fairly simple. There’s a metal cylinder, and a cone on one end is where the whistles attach. A ball valve regulates how much exhaust gas goes through the whistles, versus straight through the back. Hovland connects these devices to the car with hose clamps and glue.

He initially test them with the valves halfway open. The result is somewhat unimpressive, but it’s a proof of concept. Then, he fully closes things, and the whistles really sing. There’s so much pressure that the contraption on the driver side blows off the vehicle.

Now that Hovland knows that this idea works, it’s time to take the whistling Supra on a proper drive. When he accelerates, the car screams like a banshee.

Judging by the video’s editing, it doesn’t seem like Hovland actually drove the car very long with the whistles in place. We see the car in several parking lots and stopped on the road. At the end, he’s driving down a road without many houses around.

This decision makes sense, though. Driving around in such a loud car is sure to get some negative attention and maybe even prompt a discussion with the police.

Some recent rumors point to the Supra receiving some updates soon. Most notably, customers might soon be able to get the six-cylinder model with a manual gearbox. A dealer source and a screenshot online indicate this new variant is on the way. The debut is allegedly April 28 and deliveries would start in October

Plus, the manual gearbox would reportedly be available on an upcoming Supra Matte White Edition that would at least be available in the Japanese market. Inside, it would have tan leather.